Car suspension: what it is and how it works

If you think the MacPherson Strut was Elle’s catwalk swagger, this quick explanation about car suspension is for you.

Your car’s suspension is generally out of sight and out of mind, but it plays a crucial role. The suspension does everything from ensuring the wheels to stay connected with the road, for better grip and braking, to stopping the car from shaking to pieces over rough surfaces. As well as smoothing a bumpy ride, it also helps steering by absorbing lateral forces that makes the car want to roll.

There are three types of spring – coil springs, leaf springs and torsion bars.

Most modern cars have coil springs, while older cars and many four-wheel drive vehicles have leaf springs, which are layers of metal connected to the axle that flex under the weight of the car.

Dampers, commonly known as shock absorbers, protect the chassis from the jarring force caused when a wheel hits a bump and prevents the springs from continually bouncing. They also push the wheel back to the road surface.

A damper is a piston filled with oil that separates the chassis from the wheel. When the car hits a bump the piston pushes into the casing and is slowed by the oil, which flows into another chamber as it’s compressed. 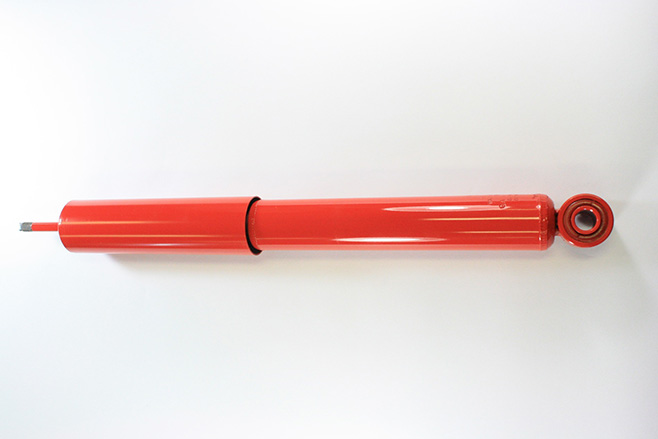 This flow resistance can be altered by changing the size of the hole, which is called damping rate. The wider the aperture, the lower the resistance or damping rate, which means a softer ride.

A smaller hole means a firmer ride which improves handling at the expense of comfort. You may have noticed this difference if you’ve driven a car with adjustable damping modes, such as normal and sports suspension modes.

Springs and dampers are the basic suspension components that, along with other parts, are used to form various types of suspension units used on different cars. Many vehicles have different suspension set ups for their back and front wheels.

Non-independent (dependant) suspension is where the left and right wheels share a single, solid axle. It’s still common with rear suspension on cars and still found up front in trucks. The problem with non-independent suspension is the jarring is felt across the entire rear axle if one wheel hits a bump and it’s not great with preventing body roll.

As you’d expect, each wheel is independent of the other which means any jarring is contained to one side or wheel. There are different types of independent suspension systems in modern cars, the most common of which include:

This is a very common front independent suspension system which is effective and simple. It combines a shock absorber and a coil spring into a single strut to provide a more compact and lighter suspension system that is particularly useful for front-wheel drive vehicles. 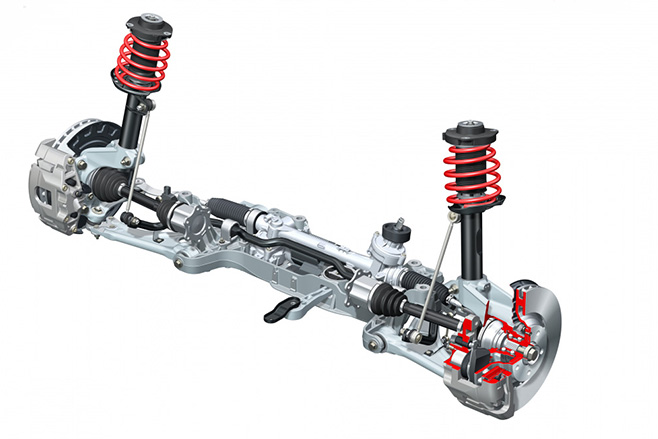 This uses three or more lateral arms, and one or more longitudinal arms which can be angled in any direction allowing for better compromise between ride and handling. These are more likely to be used on performance cars. 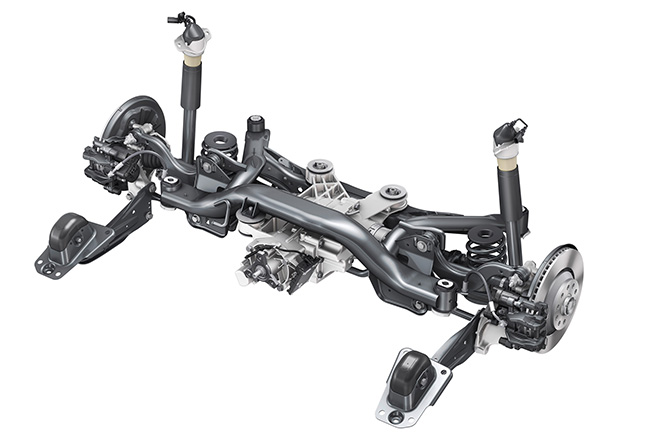 The above front independent systems can be found on the rear axles. Rear independent suspension is simpler because the wheels aren’t connected to the steering rack.