How bad is electric car depreciation?

Should depreciation really be one of your biggest worries as an electric car buyer?

It’s no secret that the biggest financial hit a new car buyer endures is depreciation, with roughly half of a car’s retail value evaporating after a mere three years of ownership on average... if you're lucky.

Lately, depreciation has been flagged as a big hurdle for electric vehicle uptake – which is only natural, given the price differential between an EV and a comparably-sized combustion vehicle is on the order of tens of thousands of dollars – but does that mean going electric is setting you up for more economic hardship than normal when time comes to sell?

The short answer is “no, not really”. Here’s why.

If you were to graph three-year retained values of all cars in Australia, the fattest part of the bell curve would be slightly above the 50 percent mark*. Believe it or not, a car that clings on to anything north of 52 percent of its original value can be considered an above-average performer.

And that’s where you’ll find the vast majority of the pure electric vehicles and plug-in hybrids currently on sale in Australia. In terms of their ability to hang onto their value, they actually don’t do so badly.

Except for the Mitsubishi Outlander PHEV.

Pity the Outlander. Despite being the first mainstream plug-in hybrid vehicle in Australia – and one based on a volume-selling SUV – the electron-munching Mitsubishi only holds on to 42 percent of its value after three years. That’s a poor result, one that’s on the same level as a Tata Xenon, Haval H2 or, get this, a BMW M5. It’s also well under what other combustion-engined Outlander variants achieve, despite its ability to travel for up to 54km on dirt-cheap electricity.

But it’s an outlier.

The Nissan Leaf is the next lowest on the retained value totem, but its 51 percent score isn’t quite as dire as the Outlander PHEV’s. The BMW i3 and Renault Zoe each return 53 percent to their owners after three years, and the Hyundai Ioniq achieves 54 percent. This group of battery-electrics are right in the ‘average’ part of the retained value spectrum – not amazing, but certainly not terrible.

Things get interesting from here. The Hyundai Kona Electric is hugely expensive for a small SUV, retailing just shy of $60K, yet it hangs on to 55 percent of its original price at the 36-month mark. That’s still a significant amount of money to wave goodbye to, but consider this: a Toyota Kluger GXL AWD - which is almost identically priced - retains 56 percent of its value, yet that depreciation hit doesn’t deter the thousands of Australians who’ve made the Kluger one of Australia’s most popular new cars.

So if an electric car depreciates at the same rate as a large SUV from one of Australia’s most trusted brands – and one that traditionally performs better than most when it comes to retained value – saying that depreciation is a big downside of EV ownership is flawed. Depreciation is the big downside of buying any new car, and EVs are no exception. Generally speaking, they perform no better or worse than other similarly-priced cars as far as value retention is concerned.

There are some other interesting takeaways here too. While Tesla is the brand most people associate with EVS, and one that’s quite high on the desirability index, the Tesla Model S scores the same as the Kona Electric: 55 percent. The Model 3 fares better with 57/58 percent depending on variant (though it’s so new to the Aussie market that those numbers may shift), but it’s the Model X that’s a more solid performer with a score of 63 percent.

That’s a great result for the Model X, and one that makes it one of the most depreciation-resistant cars in the country.

Jaguar’s I-Pace is slightly behind it with a still-respectable 61 percent (as is Volvo’s plug-in hybrid XC60 T8), while the bigger XC90 T8 is another strong performer with 63 percent. The message is clear: if you want to buy an EV that’s as close to depreciation-proof as possible, make it a big SUV… but not an Outlander PHEV.

Things could be better

So sure, you could buy a bigger conventional vehicle for the same amount of money that you’d spend on pretty much any given electric car, but in most cases you’ll lose the same amount of money when it comes time to sell up. Don’t let depreciation dissuade you if you’ve decided to go electric and can afford to do so. If you're just after the most metal for your money, EVs are not for you.

However, looking at retained values of EVs in Europe will make you weep. The Model S retains nearly 61 percent of original value over there, while the Hyundai Ioniq Electric does even better with 61.7 percent. Nissan Leaf? 64.5 percent. No wonder it’s one of Europe’s most favoured electric cars.

The Model X also scores 64 percent, while the I-Pace is the best-performing pure electric of them all, with a huge 74.6 percent retained value after three years. In Australia, the highest-scoring car according to industry data is the Mercedes-Benz C200 with 73 percent.

*Note that these retained value figures, provided to us by industry monitor Glass’ Guide, are intended more as guidelines for trade-in pricing, not necessarily what some owners might get if they were to sell their three-year-old car on the private market. By the same token, the prices you might see in classified ads aren’t necessarily a reflection of actual market value – just what that owner is willing to let their car go for.

The important thing is that the numbers are assessed using a consistent methodology, meaning we get an accurate idea of which cars and brands do better on the used car market. 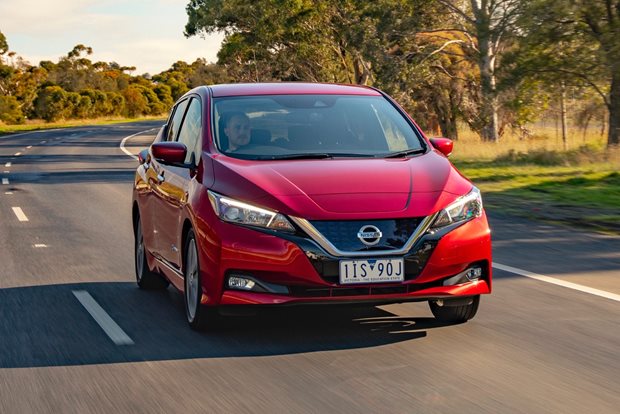