All you need to know about new Aussie-bound SUVs out of Paris.

New and updated SUVs of all sizes and price points were revealed at the Paris motor show including some which will be making their way into Australian showrooms. Here’s five of the best.

The long-awaited fifth-generation Land Rover Discovery’s launch coincided with the Paris Motor Show amid fanfare that included the world’s largest Lego structure, Bear Grylls lobbing in on a rope from a helicopter and a horse.

While less utilitarian in appearance than all four predecessors, Land Rover assures us its off-road capability hasn’t been compromised. It still boasts its signature full-sized seven seat cabin, but has shed a significant 480kg thanks to an aluminium monocoque frame which, for the first time, has allowed a four-cylinder turbo diesel power plant added to the list of available engines, joining two larger six-cylinder options in the Aussie line-up.

Price: from $81,590
Aussie availability: July, 2017
Coolest feature: Intelligent seats which let you electronically fold the second- and third-row from either buttons in the rear of the cabin, via the infotainment touchscreen or from an app on your smartphone before you even get to the car! 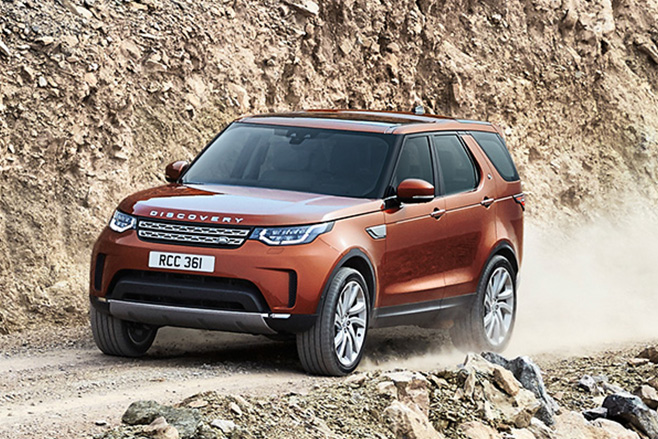 Goodbye drab people mover, hello chic SUV. Despite the car’s external dimensions being more compact than the frumpy outgoing model, the newly unveiled French-made five-seat SUV is citing more interior space than the MPV model it replaces and up to 1580-litres of boot space.

Powered by either a 1.6L turbocharged petrol engine or a 2.0L turbo diesel variant, the mid-sized SUV will be the firm’s first production car to employ the new-generation i-cockpit digital instrument display and infotainment system. It rolls on 18-inch wheels and is adorned with a unique mix of shiny chrome and black plastic highlights.

Price: TBA
Aussie availability: First quarter of 2017
Coolest feature: There’s a foldable electric scooter in the long list of optional accessories. It’ll take you a distance of 12km at a top speed of 24km/h. 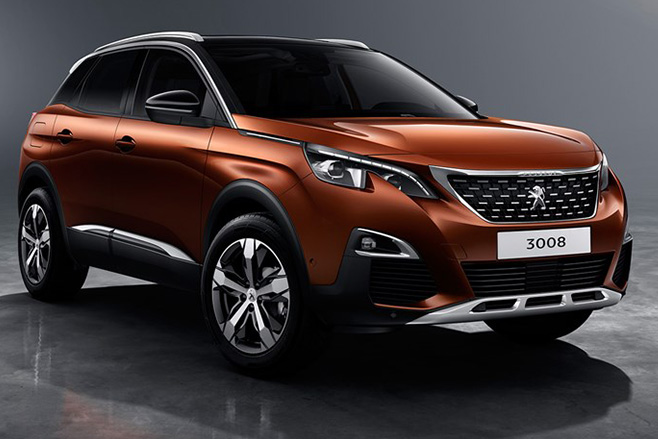 By far the smallest SUV to be launched in Paris, Suzuki’s new Ignis measures just 3700mm in length. The mini SUV is powered by either a 1.0L or 1.2L petrol engine complemented by either two- or four-wheel drive.

It boasts all the mod-cons like a touchscreen actuated infotainment system and a handful of electronic driver safety aids, but the list-topping news that Suzuki will offer a hybrid version, using the firm’s SHSV technology.

Instead of being a full plug-in Hybrid, the system harnesses energy during braking and redirects it to top-end acceleration when the little car will need it most.

Price: TBA
Aussie availability: If it happens, mid- to late-2017
Coolest feature: The Ignis will be available in some lairy colour schemes and decals including a 1970s-inspired livery. 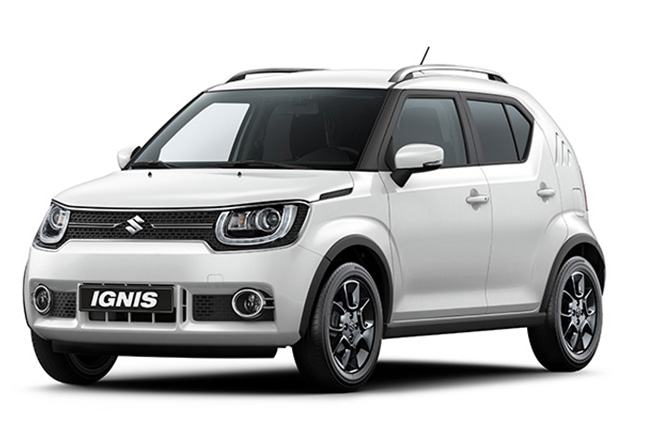 The second-generation of Audi’s Q5 soft-roader was unveiled in Paris sporting a minor styling update, more engine and gearbox options and, for the first time in the mid-sized SUV segment, air suspension.

It’s Audi’s best-selling vehicle globally so in terms of radical changes, less is more for the German carmaker.

Despite its now larger rear-end, it’s 90kg lighter than its predecessor, it boasts 30 driver-assist features (yes, 30!) and has a cargo capacity of 550 litres. A longer wheelbase means more legroom and an interior makeover sees better materials and a wider choice of finishes for more personalisation.

Price: TBA
Aussie availability: Second half of 2017
Coolest feature: The car will collect information about your environment — road conditions, traffic jams, etc — and distribute it to other Audi owners in your area via the cloud. 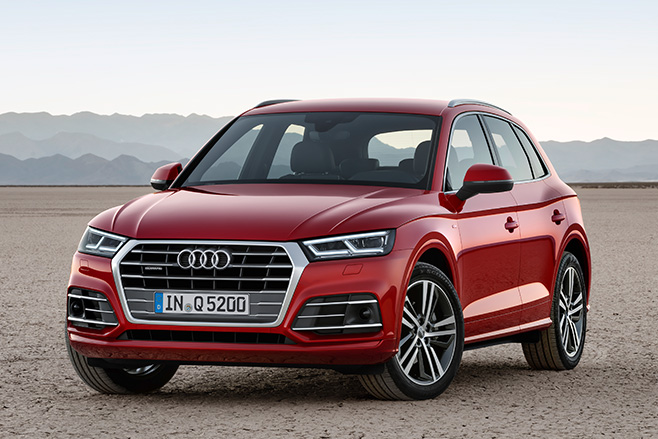 Skoda whipped the covers off its new five- or seven-seat Kodiaq SUV in Paris this week, unveiling what appears on paper to be the firm’s most capable SUV to date offered in both two- or four-wheel drive.

Engine options are three diesel variants and two petrol-powered options, while transmissions are a six-speed manual or a seven-speed dual-clutch option dependent on the chosen power plant.

It boasts all the latest electronic driver aids, even the option of in-car communication that lets you talk to the kids through their bluetooth headsets in the back seat.

The second- (and third-row seats) fold away into the floor to offer a significant 2065-litres of storage.

Price: July-August, 2017
Aussie availability: TBA
Coolest feature: Tow Assist, which takes over the steering wheel when you’re reversing a trailer to make you look like a trailer-reversing god 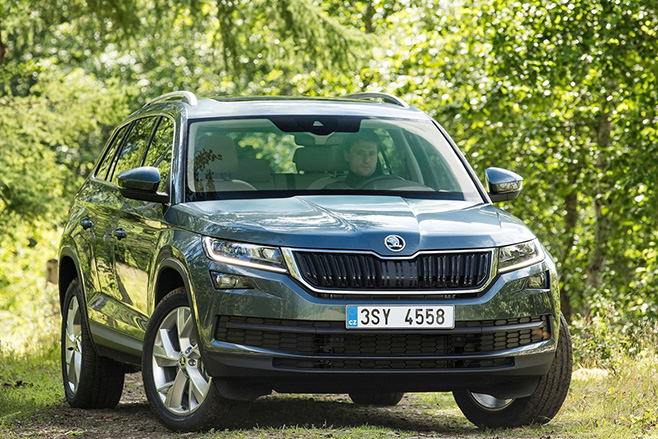