RENAULT Australia has announced full prices and specifications for its Koleos SUV range, which is set to make its global sales debut in Australia next Monday. Prices range from $29,990 for the entry-level Koleos Life to $43,490 for the flagship Koleos Intens.

“Coupled with the vehicle’s outstanding specification levels and value for money, this demonstrates not only how important the Koleos is for Australia, but also Renault’s global commitment to this market and our region.” 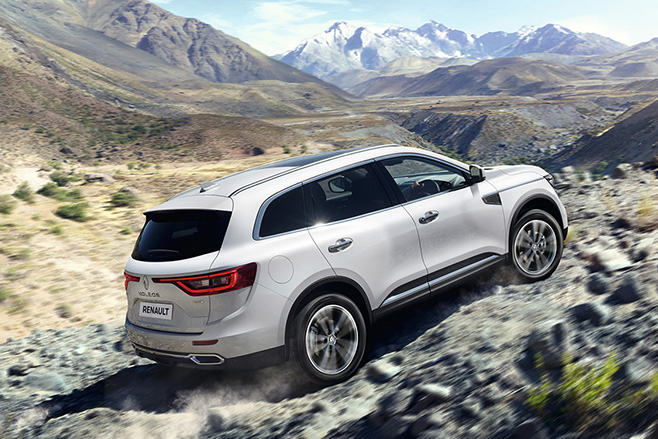 Compared to the previous-generation Koleos (which has soldiered on as Renault’s biggest SUV for nine years), the new model is priced slightly higher, with an increase in base pricing of $1500 and the range-topper costing $1000 more than before. Balancing that out, however, is a roomier cabin, improved cabin quality and substantially fatter standard equipment levels

The most noticeable improvement is in size. Measuring 4670mm long and sitting across a 2710mm wheelbase, the new 2016 Renault Koleos is bigger than before with more space inside for passengers and cargo.

Second-row passengers enjoy 289mm of knee room (a number that Renault says is class-leading), while the boot can take up to 624 litres of cargo. The 60/40 split rear seatbacks can be dropped from the boot area too, using a pair of convenient handles. With the rear seats down, maximum luggage capacity measures over 1900 litres.

All variants will be powered by a 2.5 litre naturally-aspirated petrol engine, producing 126kW of power at 6000rpm and 226Nm of torque at 4400rpm. A CVT automatic is the sole transmission on offer, with drive going to either the front wheels or all four depending on spec. 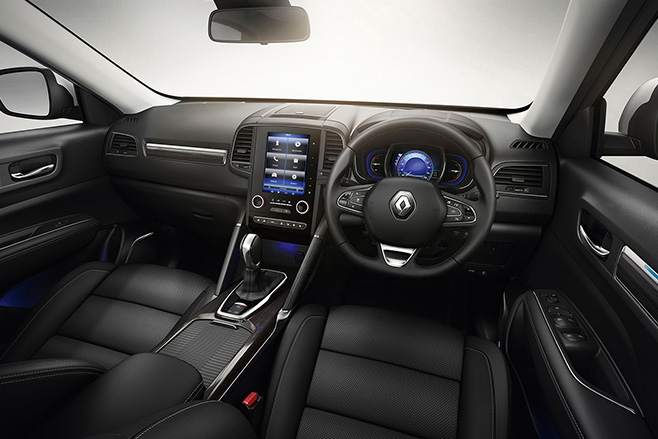 Moving up into the Zen variant nets you the choice of an AWD driveline; a power-adjustable driver’s seat; heated front seats; keyless entry; an electronic parking brake; faux-leather upholstery; rear privacy glass; the addition of satellite navigation for the RLINK2 system; and a set of 18-inch alloy wheels.

Though expensive at the lower end of the range compared to segment leaders like the Mazda CX-5, Hyundai Tucson and Toyota RAV4, the 2016 Koleos should give Renault’s local division a substantial shot in the arm.

Last year Renault sold just 1419 Koleos models, well behind its mainstream rivals. To put that into context, over 25,000 CX-5s were sold over the same period. Meanwhile the aging Captiva 5 managed 5600-odd sales.

Having a larger, fresher and more attractively-specced product in its showroom should boost Renault’s fortunes in the increasingly popular midsize SUV segment.

Want more? Check out what other cars arrive in Australia in August and September. 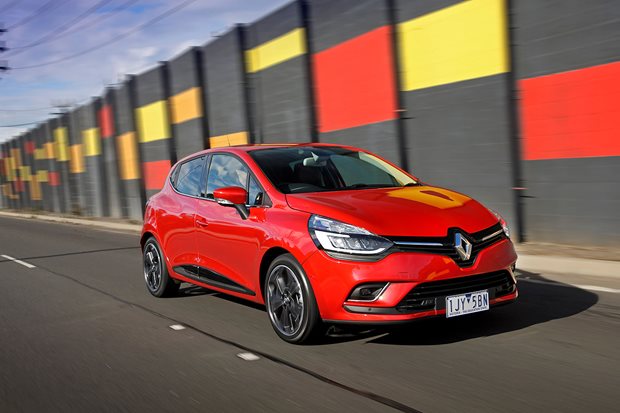 The Renault Clio is a slick looking little hatchback with French flair inside. It offers two lively turbo petrol engines, rides and handles with polish, and is easy to park.