IS A performance war about to break out among the trade utes? Volkswagen has flagged a future hi-po version of the V6 diesel-engined Amarok that pitches its workhorse head-to-head with the luxury-laden Mercedes-Benz X-Class.

The Volkswagen Amarok Aventura Exclusive concept, painted in stand-out Tumeric Yellow Metallic paint, hints at a 190kW version of the Amarok’s 3.0-litre V6 that, as well as having a 25kW power bump, adds an as-yet undisclosed lump of pulling power to the standard engine’s 550Nm. It will be shown at this month’s Frankfurt Motor Show.

The concept also hints at what Volkswagen aims to do with the Amarok, extending its appeal to cashed-up tradies in need of a showy set of wheels to mud-plug on the worksite on weekdays, and take the trailbikes out for a run on weekends. That includes a lockable aluminium – not plastic – load space cover, and an assisted parking function that will steer the 5.25-metre long ute into a shopping centre parking space. 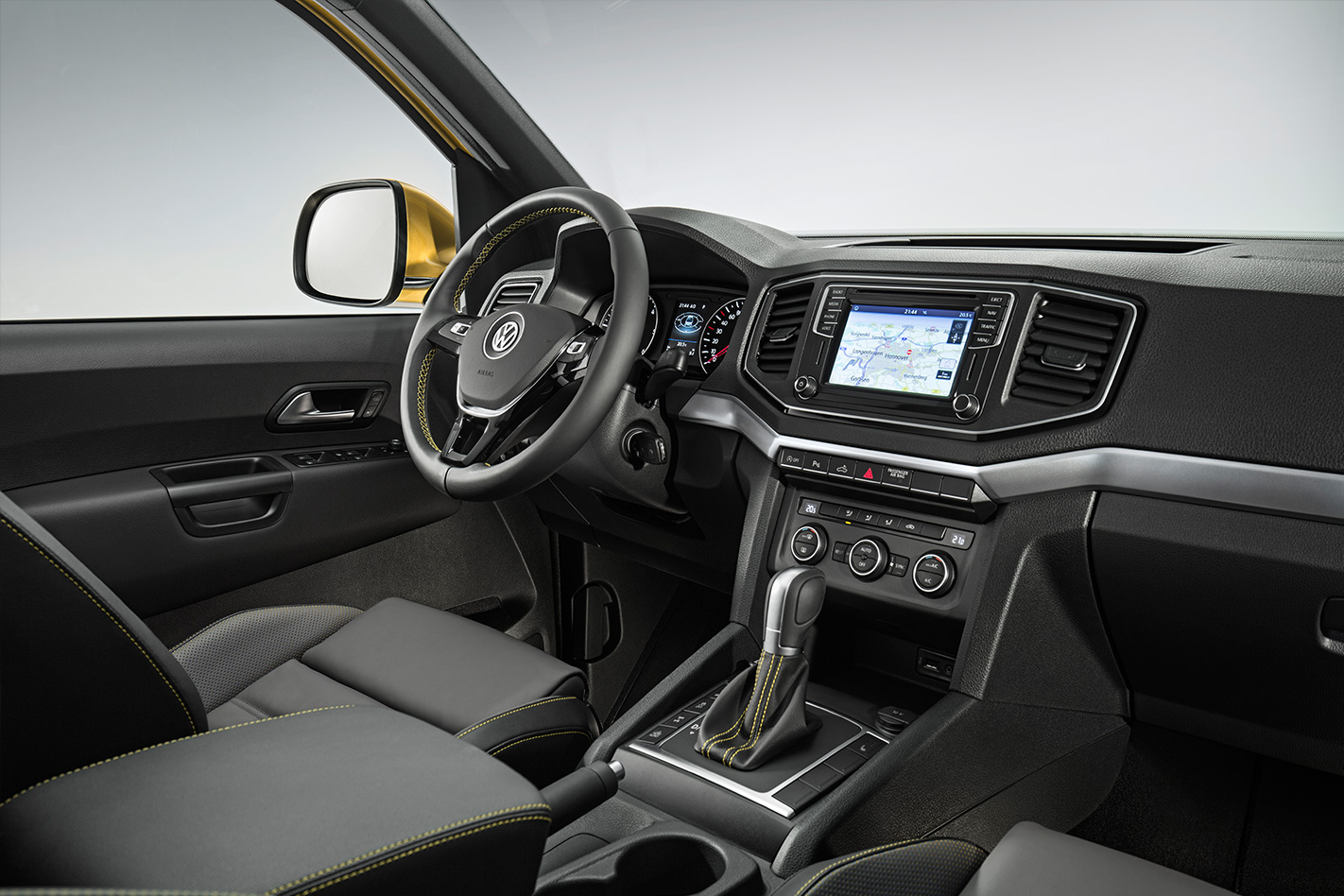 There’s also a mechanical diff lock replacing the electronic one that will use the brakes to grab individual wheels to stop them spinning, sending drive to the wheels with the best traction.

Inside, the concept features 14-way adjustable seats and a unique black headliner to tie in with the Aventura Exclusive’s titanium black interior with contrasting chrome-look trim.

The eight-speed auto equipped, permanent all-wheel-drive Amarok’s V6 will be the only six-cylinder engine trade ute on the Australian market until the arrival of the Nissan Navara-based Mercedes-Benz X-Class, expected midway through next year.

| Mercedes-Benz X-Class to VW Amarok: the rise of the luxury ute

The Benz-badged trade ute – the luxury car maker’s first global foray into the luxury-laden workhorse segment that accounts for about one in every five sales here – is expected to launch with a Renault-sourced four-cylinder engine featuring either single- or twin-turbo induction and paired with a seven-speed auto and part-time all-wheel-drive system.

However, rounding out the top of the range will be a version powered using a 190kW/550Nm Benz-sourced V6 featuring permanent all-wheel drive, a seven-speed auto, and more off-road friendly low-range gearing. 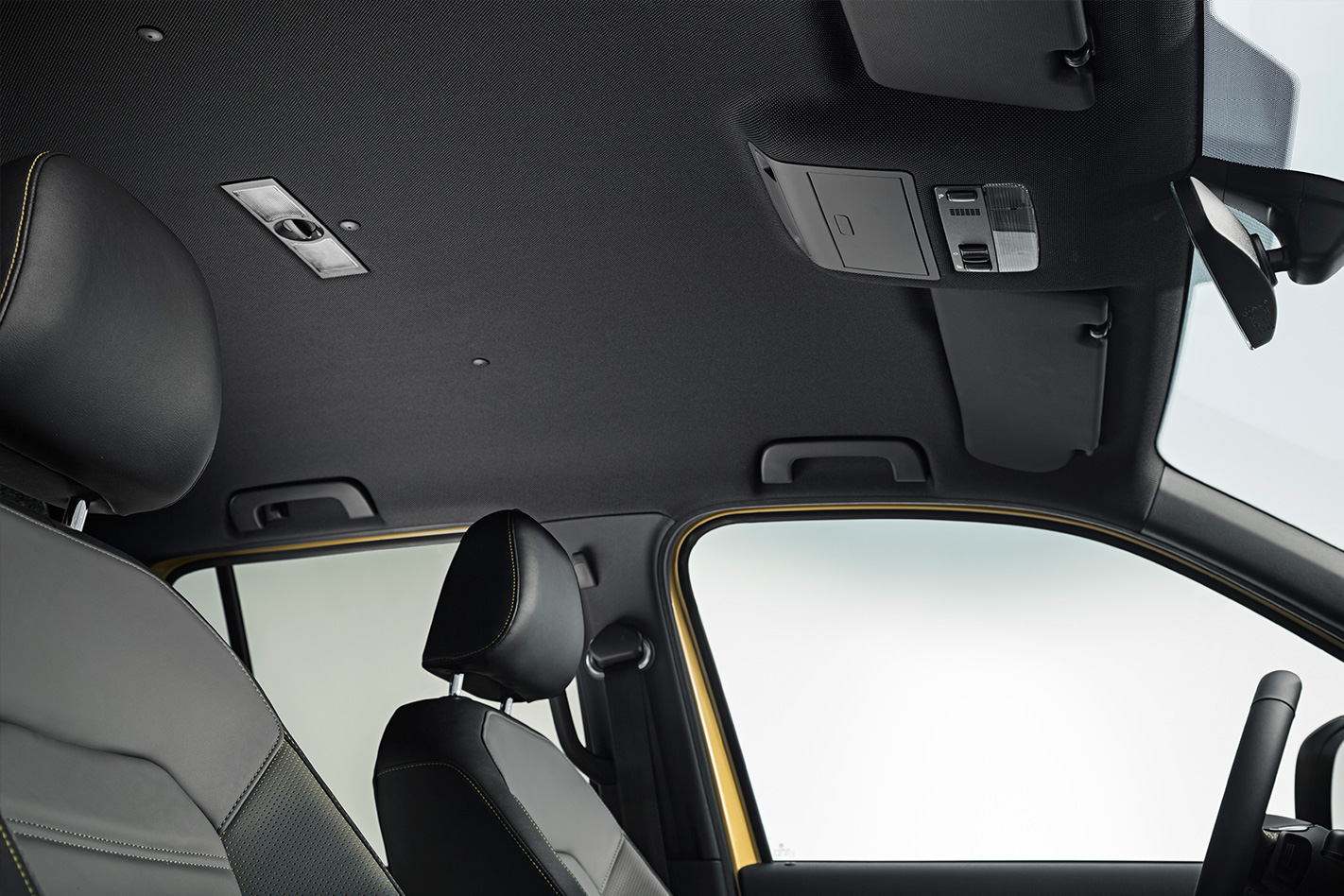 Volkswagen’s V6-engined Amarok is one of Australia’s most expensive trade ute, with buyers handing over $67,990 for the V6 Ultimate version; only the $68,990 dual-cab version of the 150kW/4230Nm 4.5-litre V8-engined Toyota Landcruiser 70 Series costs more.

Volkswagen and Mercedes-Benz are not likely to be the only brands to blend show with go with their trade ute line-ups. Ford is believed to be close to launching the Ford Ranger Raptor in Australia, potentially featuring a EcoBoost V6 petrol engine.