The next generation of Hyundai’s mini-sports coupe has been spotted testing in the Californian desert.

The 2019 Hyundai Veloster has been caught on a test run near Death Valley in California.

Despite the cloaking it looks as though Hyundai is sticking with a distinctive look for its compact sporty coupe, albeit with sleeker lines, though the overall profile remains true to the current generation which first appeared in 2011. 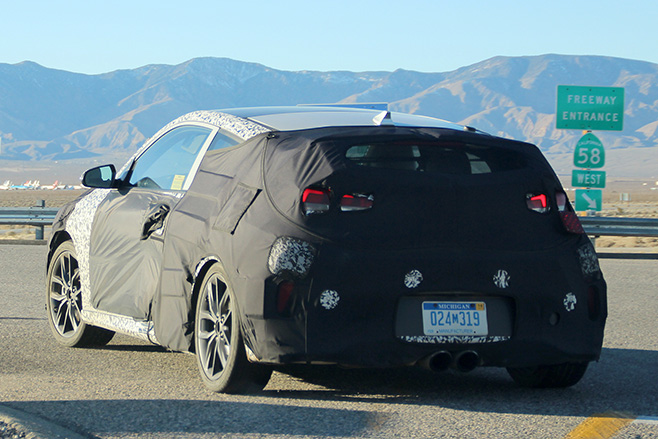 The front will be updated, though it will still be dominated by a broad grille. If new Hyundai models are anything to go by it will have a sharper shaped headlights than those currently fitted.

The A-pillar looks different to previous models with a gradual sweep into the roofline and the rear appears to have a wider stance thanks to its new chassis that also underpins the new Hyundai i30.

The Veloster looks set to remain a three door, judging by the obvious rear door handle on the right side of this prototype (flipped for right-hand drive models) and a covered-up rear quarter on the driver's side. 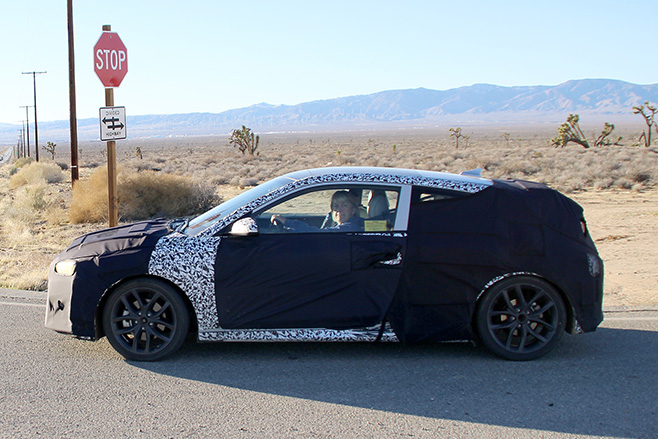 However, there’s also likely to be an N performance model from Hyundai's new sub-brand – which will get a special exterior design package and handling and power upgrades probably via a new 2.0-litre four-cylinder turbo capable of delivering nearly 200kW.

The new Veloster is expected to make a motor show debut sometime towards the end of this year.