Jeep has revealed images of its all-new JL Wrangler featuring subtle aesthetic differences which will keep the seven-slot-grille purists happy and it says provides a modern take on the iconic original.

The images of the short-wheel-base Rubicon and four-door wagon were released almost a month before its November 29 launch at the Los Angeles Motor Show. They show unmistakable Wrangler elements such as the keystone grille, round headlamps and fold-down windscreen for open top variants. 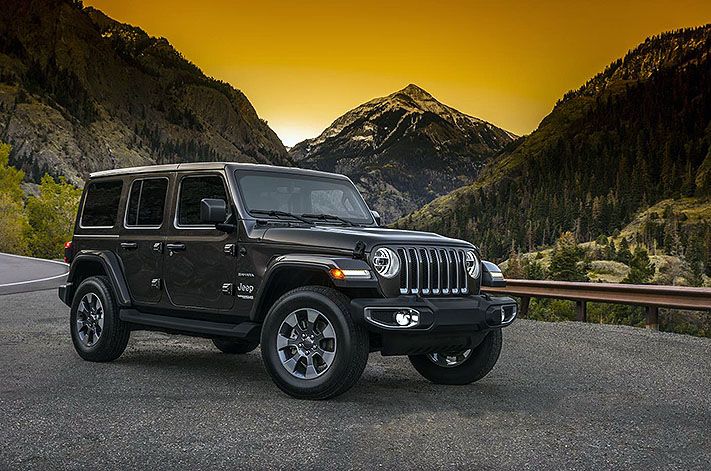 Under the skin, Jeep promises the new Wrangler will have even better off-road capability, advanced fuel-efficient powertrains and a host of new technology and safety features. Beyond that, Jeep is keeping its cards close to its chest until the show reveal, although a few teasers are expected to trickle out in the build-up.

What we do know is the new Wrangler is built on an all-new JL platform, which will support short, and long-wheelbase models including a dual-cab pick-up, possibly dubbed the Scrambler named after the 1980s single-cab ute – it looks like we’ll have to wait till the end of the month to see that.

It’s likely the Wrangler range will have three engine options – an updated 3.6-litre Pentastar V6 from launch, with a 2.0-litre four-cylinder turbo petrol and 3.0-litre turbo-diesel V6 arriving in late 2019. Transmission options are expected to include a six-speed manual and eight-speed automatic.

An automatic 4WD system is also rumoured to feature for the first time in the car’s history, with Jeep’s Selec-Trac 4WD system to be an optional extra for the top of the line Sahara trim Wrangler, over the traditional manual transfer case.