An online forum has unearthed the name of Jeep’s much-anticipated Wrangler utility – the Scrambler.

And the forum, aptly named jeepscramblerforum.com, not only reports with a high degree of certainty that “Scrambler” will be the official name of the JT-platform Jeep, but also that it will be offered solely as a dual-cab utility and powered by a 3.0-litre turbo diesel V6.

The Scrambler name has provenance, having been used by Jeep in the early 1980s for a lifestyle-oriented two-seat version of the CJ-series Jeep. Like the soon-to-be Scrambler, that Jeep was also a ute – albeit one that only had two doors. 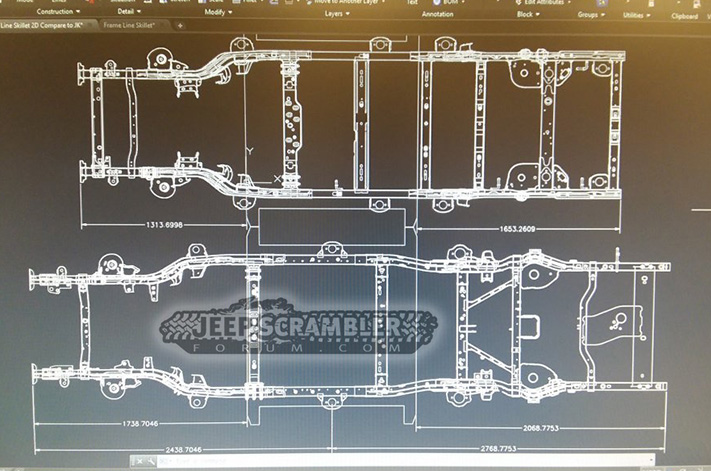 The new Scrambler will boast two more doors and a full rear bench for a seating capacity of five, which will put it in direct competition with the kind of dual-cab utes that are currently enjoying unprecedented sales success in Australia – vehicles like the Ford Ranger, Toyota Hilux, and Mitsubishi Triton. Evidence of a single-cab variant has yet to materialise.

Helping it do battle with those workhorse utes will be a longer wheelbase to accommodate a generously-sized tub. According the jeepscramblerforum.com, the JT Scrambler’s ladder-frame chassis will be roughly 830mm longer than that of a current-generation JK Wrangler four-door – a huge stretch.

However, unlike most dual-cab utilities, the JT Scrambler appears to forgo a load-lugging leaf spring rear suspension in favour of off-road optimised coil springs. Currently, only the Nissan Navara boasts a similar suspension layout. 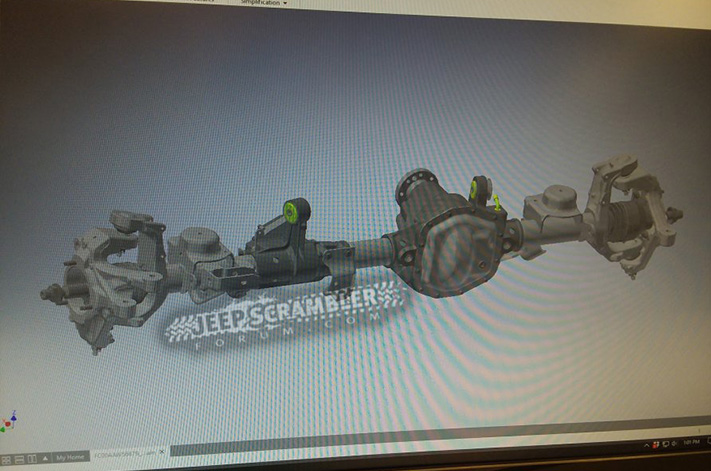 Like the current-gen Wrangler, the Scrambler will also use live-axle suspension at the front and rear to maximise rock-hopping grip – another point of difference with most dual-cab utes, which typically use an independent front suspension and a live axle rear.

The JT Scrambler will be available with three roof styles, with Wrangler-style removable hardtops in both black and body colour, along with a soft top option.

The JT Scrambler is expected to make its showroom debut in 2019.