2018 Toyota Camry to arrive in November

The most technologically advanced version of the Toyota Camry will arrive in Australia in November featuring a V6 engine that will be more powerful than the one fitted to the Holden Commodore.

Toyota has released details of the fully imported version of the Ford Mondeo, Mazda 6 and Volkswagen Passat rival that will replace the locally made one from early October, the time that the Japanese car maker will shut the door on more than 50 years of local assembly. 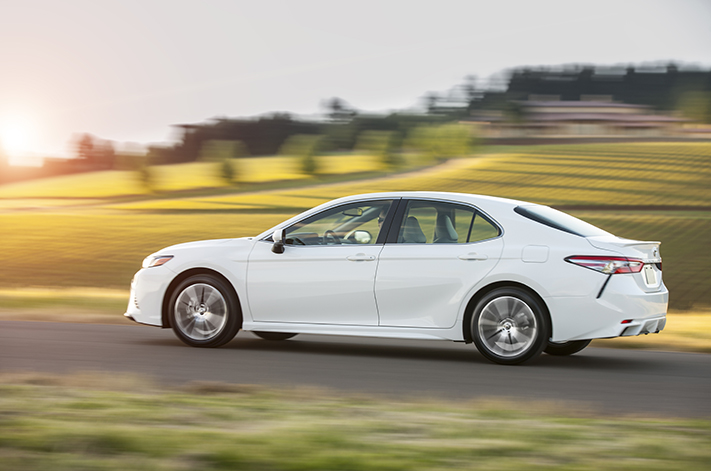 The upcoming Camry is built on the Toyota New Generation Architecture that has so far rolled out under vastly improved models such as the second-generation Prius petrol-electric hybrid hatchback and the C-HR compact SUV.

A new generation of the Corolla small car is expected soon that will also jump to the more advanced platform that introduces a more expensive double-wishbone rear suspension that’s believed to help with rolling out advanced vehicles with electrified drivetrains.

The fully imported Camry is a huge technology leap over the locally made one that was hit by budget cuts that dropped our version of the mid-sizer well behind the advanced driver assist-equipped versions sold in overseas markets. 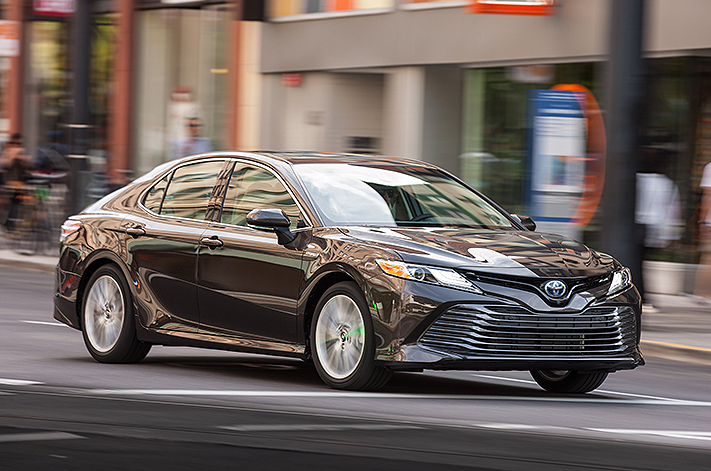 But more importantly, Toyota has announced the Camry will include automatic emergency braking as standard, meaning the mid-sizer will be able to either avoid or minimise the damage from a crash before even the driver can react.

The hybrid version of the Camry will produce 155kW, with fuel use expected to slip below 4.5 litres per 100 kilometres once the government-sanctioned test is finalised ahead of its November launch. 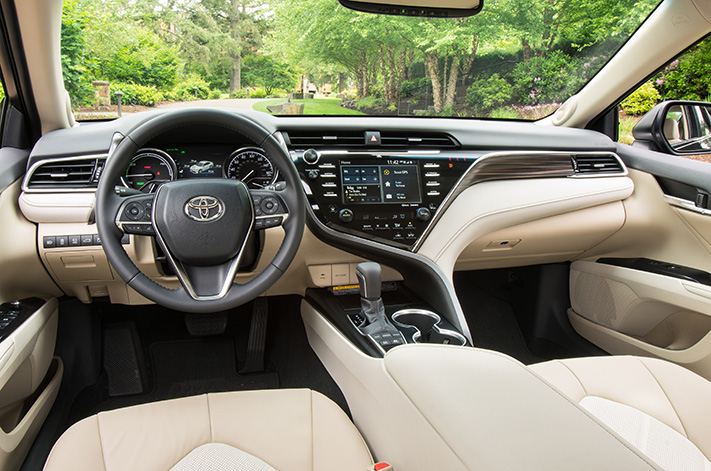 The V6, meanwhile, is expected to produce around 222kW and 356Nm, making it more powerful than a V6-engined Holden Commodore.

The new hybrid-engined Camry gains an extra 30 litres of boot space over the model it will replace, with the batteries moving from beneath the boot floor to underneath the rear seat. 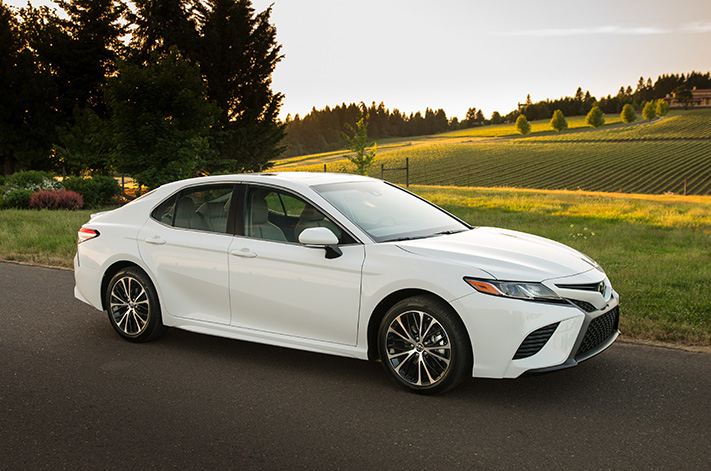 One thing Toyota is yet to announce, though, is pricing. The more technology-laden imported Camry potentially means the Japanese brand will struggle to meet its current $26,490 starting price. The cheapest version of the current hybrid-engined Camry – lacking all the advanced safety tech – starts from $30,490.

The Toyota Camry currently has a strong lead in the mid-size car segment, helped by a heavy focus on fleet and government sales that favour locally made cars. It has regularly featured in the top 10 best-selling cars in Australia.