VOLVO is dedicating plenty of time and energy into ensuring the new XC40 small-SUV has a clutter-free interior.

The yet-to-be-revealed XC40 will sit below the large three-row XC90, and freshly launched mid-size XC60 in Volvo’s SUV line-up.

While the car is yet to be revealed, Volvo is making noise regarding its interior design, which it claims will spell “the end of clutter”.

Instead of revealing images of the changes, Volvo instead released a somewhat-cryptic video of a woman moving objects from a desk. While it is a clear metaphor for the interior of the car, it is unlikely the interior design of the XC40 is accurately reflected in the video.

Volvo’s press release claims the company did extensive research into what customers most desire from a vehicle’s interior design.

“As we spoke to people about how and where they store the things they carry with them daily, it was quite clear that most of today’s cars are falling short in this area. Phones slide around in the mid-console, takeaway bags are at constant risk of falling over, and people fumble behind the wheel as they try to get service cards out of their wallets. We set out to solve these and many other issues we encountered,” Louiza Atcheba, Model Brand Manager for the 40 Series, said.

Design features for the XC40 includes a fold-up trunk divider with two hooks to help secure shopping bags or other luggage, along with four load hooks that make loading luggage a simple task. A private locking storage compartment has also been added under the load floor.

There is also room for a laptop in the door, apparently thanks to the deletion of speakers.

“A lot we have done with the XC40 is based on extensive consumer insight. With the XC40, we declare the end of clutter, making sure that everything is within arms-reach but also out of sight. It’s about clearing the clutter so you can clear your mind,” Atcheba concludes. 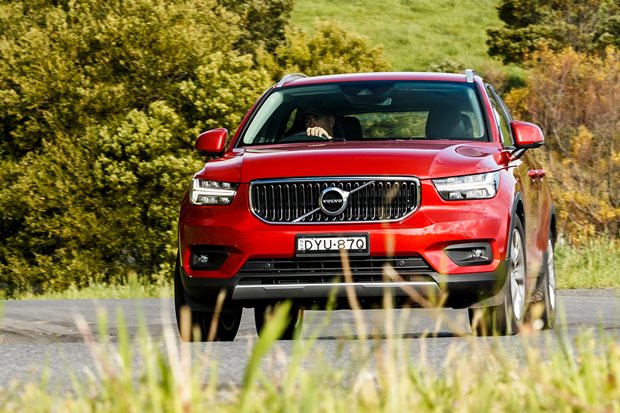