On display at the 2016 Australian F1 Grand Prix this weekend, the Victorian Police have announced they will be using a Mercedes-AMG GLE63 Coupe for highway patrol.

The vehicle, which costs close to $200,000, is on trial while Australia’s police force search for a replacement for the almost redundant Ford Falcon and Holden Commodore.

But taxpayers needn’t worry about how their money is being invested; the GLE63 is on-loan from Mercedes-Benz for a 12-month trial period. 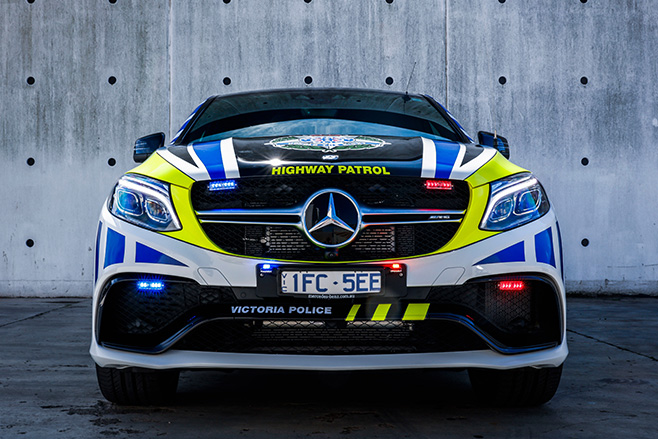 The 5.5-litre twin turbo V8 in the GLE63 can push the vehicle to 100km/h in 4.2 seconds, making it the fastest police car in Australia. This seems almost irrelevant here in Victoria given the no pursuit law introduced in 2015 that prohibits a cop car initiating a chase.

But Victoria Police Assistant Commissioner, Doug Fryer, insists the German-made SUV is being used to promote the importance of in-car safety features.

“Death and serious injuries on Victorian roads could be reduced by a third overnight if everyone was driving the safest cars they can afford. We’re not saying that everyone needs to rush out and buy the latest and greatest but we need people to prioritise safety over leather seats and shiny wheels,” he said.

“Police have a responsibility to do more than just catch unsafe drivers and we can do this by promoting safer vehicles and encouraging business to play its part.” 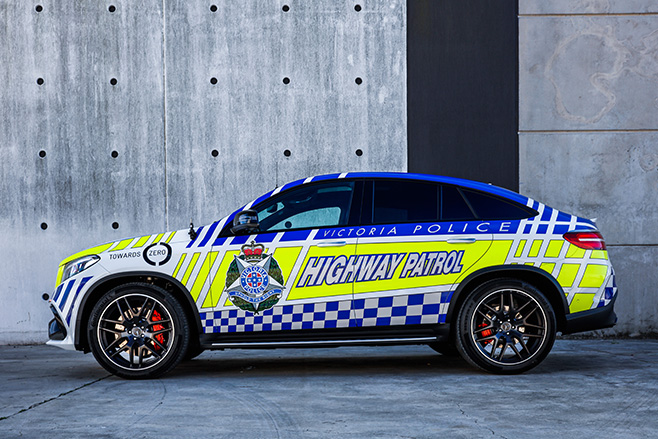 But if the point is safety over shiny wheels, we wonder if the $198,900 GLE63 is the best vehicle to get the point across? Granted this car, dubbed the Road Guardian by Vic Police, does have an extensive list of safety features and doesn’t actually have shiny wheels, opting for trendy black wheels instead.

While it’s unlikely the organisation will replace its fleet with this Mercedes, we know how easy it is to get attached. So here are some fast, safe, and more realistically priced vehicles that just might do the job and still attract attention.

The Mercedes-AMG GLE63S Coupe will be on display for the duration of the 2016 Australian F1 Grand Prix.