Alpina BMWs to be sold in Australia

The land Down Under has missed out on the customised machines from Bavaria, until now.

Melbourne-based The In Motion Group has been appointed as the official importer and distributor for BMW Alpina cars in Oz, and will start selling one of three models in November under the Alpina Automobiles – Australia name.

So what is Alpina? Well, it is officially called Alpina Burkard Bovensiepen GmbH & Co. KG, and is the luxurious answer to the M Division’s track-focused cars. It is a low-volume car company focusing on bespoke cars. 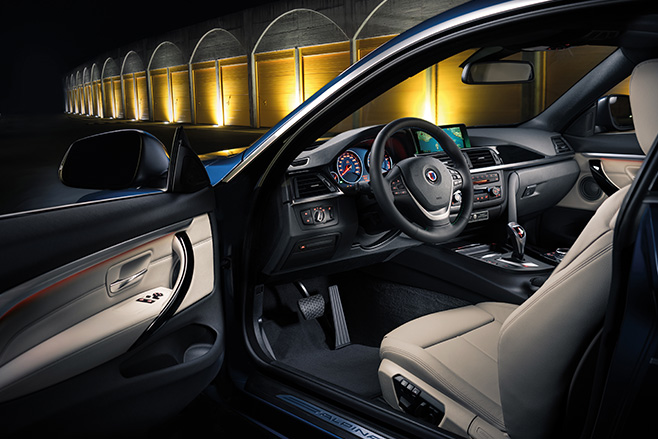 Alpina Australia intends to make the luxury Beemers available nation-wide through a network of car dealers it will announce later in the year.

The first Alpina model to be homologated for Australia will be the BMW Alpina B4 Bi-Turbo Coupe, and will arrive in November. This will be joined by the B4 Bi-Turbo Convertible, and B3 Bi-Turbo Sedan and Touring models once they complete homologation.

“Alpina has a long history of producing tailored cars based on BMW models and we welcome their presence in the Australian market,” he explained.

With Alpina offering a massive array of interior options and designs, every car sold will be built to order in Germany, before being delivered to Australia.