Australia has the worst petrol in the western world 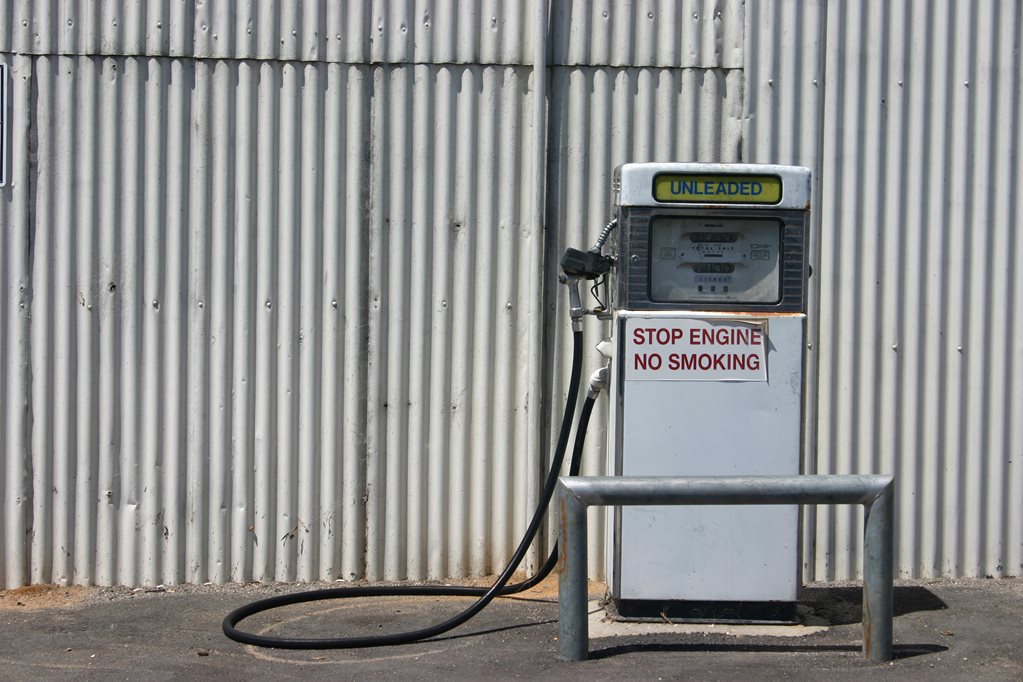 UPDATED: Archaic government standards and lack of action around high sulphur-content fuel means you will have less choice on the showroom floor

Nearly two weeks after our request, the Departement of Environment and Energy finally responded to our query about whether it would consider shortening the timeline towards 10ppm petrol with this cut-and-paste response that all but confirms its intentions to retain high-sulphur fuel til 2027;

"On 25 February 2019, the Australian Government announced the Climate Solutions Package, including a new measure to improve fuel quality standards to ensure access to the latest vehicles, savings for motorists from more fuel-efficient vehicles and health benefits to the community," said a government spokesperson.

Car companies have warned that new car buyers will ultimately pay the price of poor quality fuel by having fewer cars to choose from. As well, Australia’s high sulphur content petrol will continue to negatively impact the environment – potentially until 2027.

The issue is the relatively high content of sulphur in 91 and 95 RON petrol products, which is currently rated at up to 50 parts per million (ppm). The majority of the world, including Mexico, China, Europe, the United States and even New Zealand, uses petrol with a sulphur content of 10ppm. 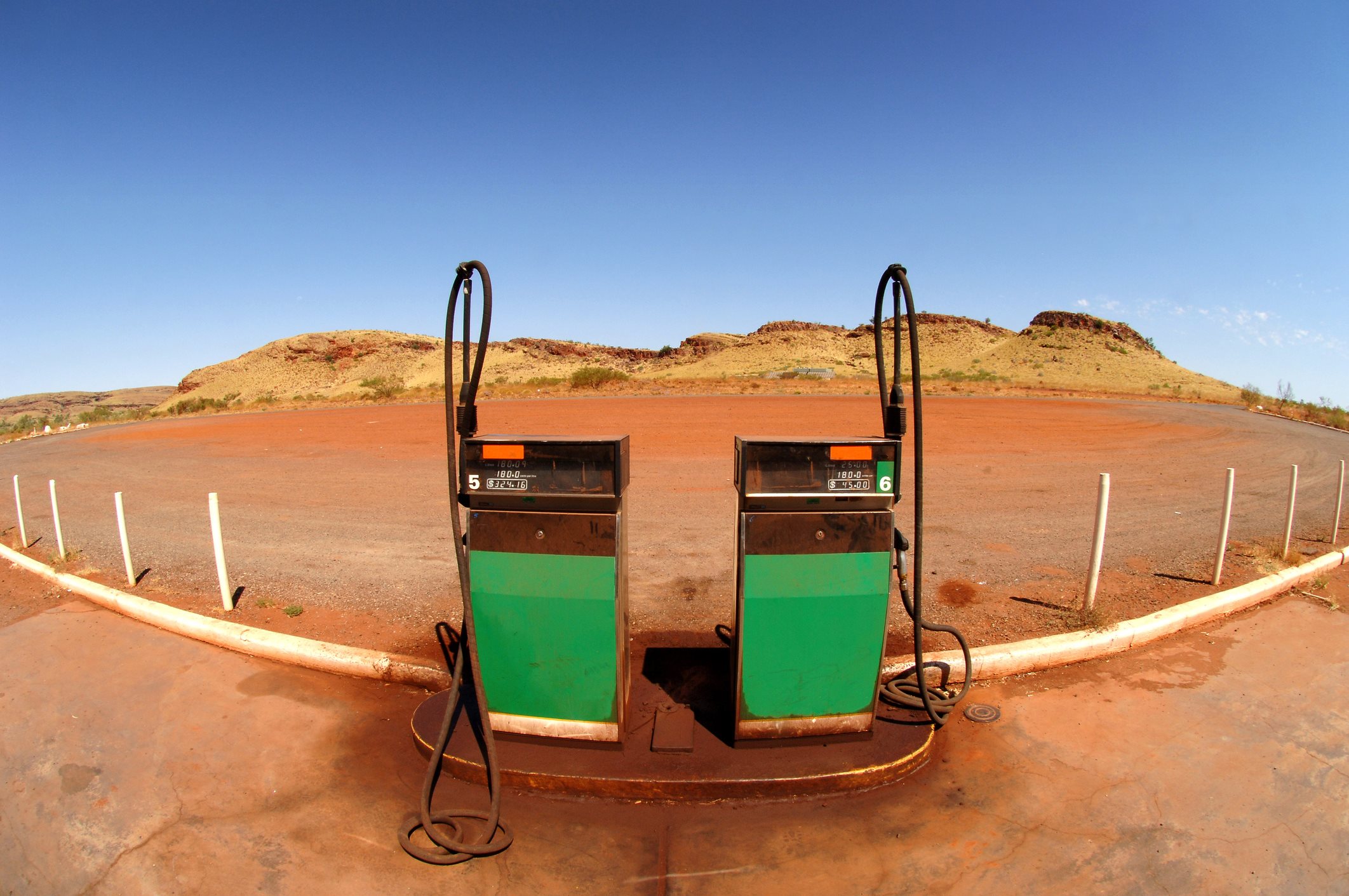 As emissions regulations tighten up around the world, cleaner-burning fuel allows car companies to install pollution gear like petrol particulate filters to reduce the number of toxins leaching into the atmosphere.

High sulphur counts, however, means that these technologies aren’t able to be installed on cars destined for Australia – which means that Aussie consumers are set to lose access to a wide range of high-tech engines.

Different car brands are affected to different degrees; Mazda, for example, says that the current standards don’t affect what nameplates it can offer locally, but that better quality fuel “would always be welcome,” according to a spokesperson.

READ MORE Fuel tax or road use tax - which do you prefer?

Ford, meanwhile, benefits from the move by authorities to ratify the use of 10ppm diesel, with the company pointing to the introduction of the twin-turbo 2.0-litre diesel engine in the Ranger/Everest line as an example.

Mercedes-Benz and BMW are unaffected, according to local representatives, but Audi is keeping a watching brief moving forward.

Most vocal, though, is Volkswagen, which has already lost several nameplates and variants, and stands to lose more going forward.

“Huge parts of the globe are at 10 parts per million and we don't seem to be even at the point of having a path to get to 10ppm, which is the big issue,” says Volkswagen Group Australia product marketing manager Jeff Shafer (below). 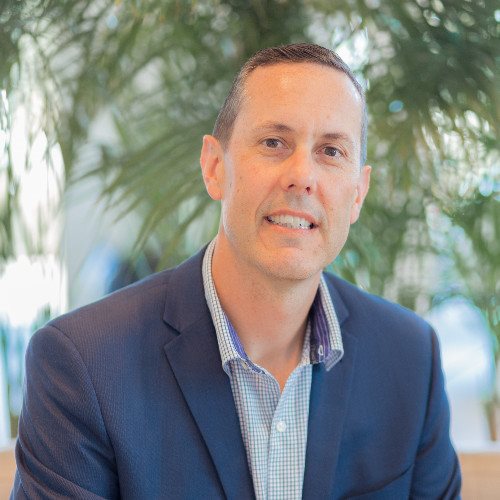 Australia’s current fuel standards were set back in 2001, and are set to expire this November. However, the federal government’s Department of Environment and Energy website says that the government will commit to 10ppm fuel in 2027.

Nearly two weeks after an initial request, the Departement of Environment and Energy responded to our query about whether it would consider shortening the timeline towards 10ppm petrol with a cut-and-paste response;

"On 25 February 2019, the Australian Government announced the Climate Solutions Package, including a new measure to improve fuel quality standards to ensure access to the latest vehicles, savings for motorists from more fuel-efficient vehicles and health benefits to the community," said a spokesperson.

“My understanding is that the current standards expire on October 1 this year,” says Shafer. “So unless there's new legislation to change that then, in theory, it means there are no standards that govern the fuel that goes into your car. But there are certainly some interests that are looking to delay or postpone a change … which is frankly ridiculous.”

Shafer explains that the main issue is around the use of petrol particulate filters (PPFs), which work by trapping particles in a mesh, before burning them off at high temperature at regular intervals. High sulphur-content petrol has the capability to significantly reduce the lifespan of these filters, which means the company needs to rely on engines that aren’t fitted with PPFs.

“Any time that we find Australia has differences in standards or differences in our markets to the rest of the world, it's just another hurdle to bring in product,” Shafer says. “The risk is that we get engines that are less technologically advanced. That we have a smaller choice of engines we can offer our customers. And, potentially even a higher cost of the engines we do get if they have to be specifically tuned or developed for our marketplace.

“But if we're in the future prevented from taking these engines for these types of reasons, then the option we have is to fall back to a tier two engine or not have a product at all. And, that's the reality that we're starting to face.”

One engine that has been deleted from the local range is the company’s 1.4-litre 110TSI engine. “It’s a really sophisticated engine, with cylinder deactivation and start/stop,” muses Shafer. “We're expecting to see it return this year without those features because the engine with those features has moved to a PPF and that's not on the table for us.” 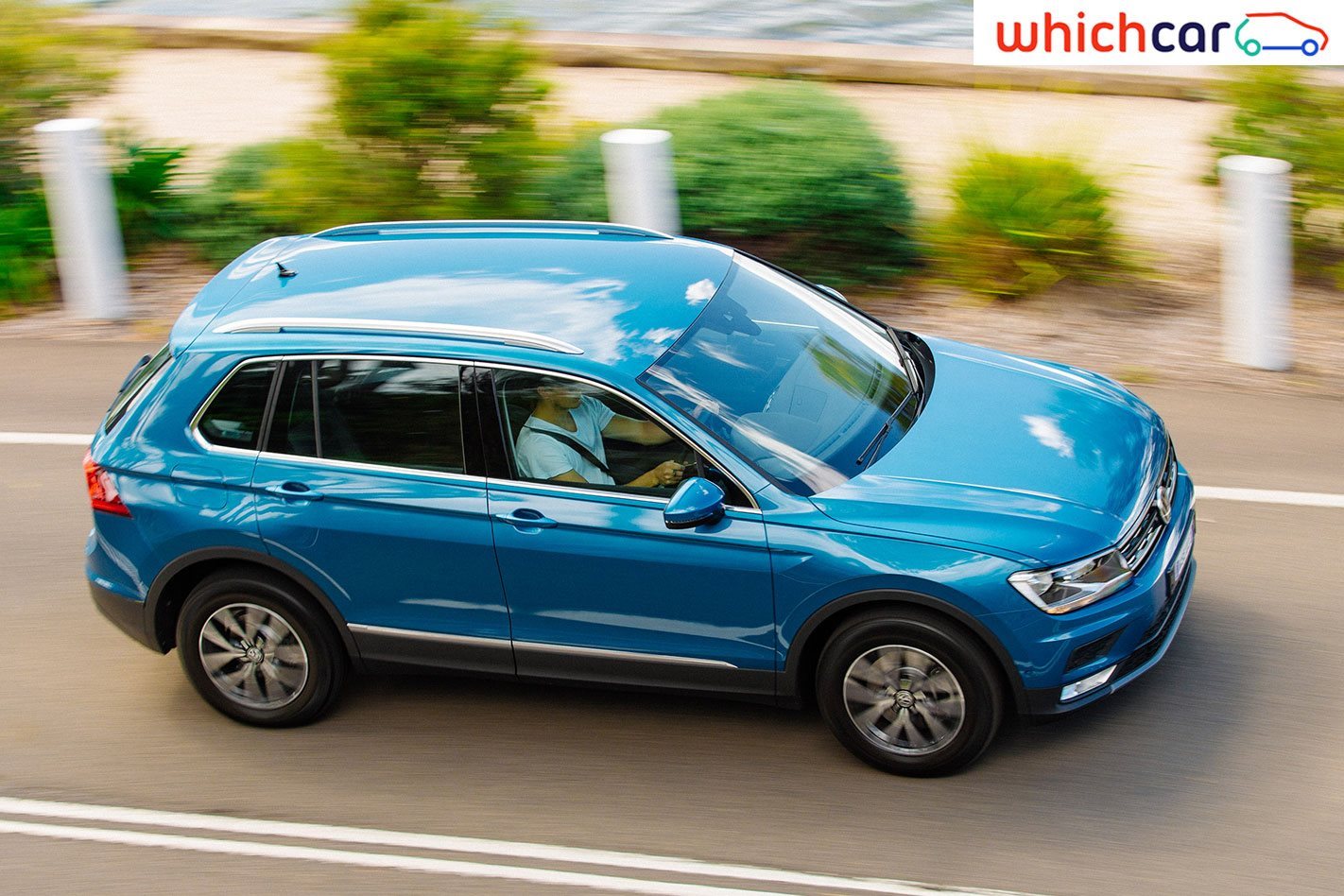 VW's Tiguan was equipped with the 1.4-litre TFSI

Shafer points to the health benefits of better quality fuel as an advantage, despite a potential increase in prices at the pump.

“The health benefits actually of cleaner air more than offset any costs to the consumer,” Shafer claims. “And in terms of the estimates in terms of what it actually costs you at the pump, it’s something like one-tenth a litre more. So when you think of even a weekly price fluctuation, it's 15-20 cents [per refill].”

Shafer says that VW is looking at building a PPF that can cope with dirtier fuel, but points out that cost to reverse-engineer a solution is an expensive process, and will add to the bottom line of a car’s price.

"I definitely know that our engineers back in Wolfsburg are working very hard to see if they can develop and design and engineer to a poorer standard appeal quality. But again, any time that you have to develop something specifically for a different condition it's more cost, it's more time, more money," he says.

"And of course, if the business case doesn't stack up then it doesn't happen. And Volkswagen's very clearly said that in Europe all petrol engines will move to particulate filters over the next few years.”

READ MORE Profits at the petrol pump higher than ever, says watchdog

“The FCAI does indeed back 10 ppm sulphur across all grades of petrol, like diesel, which already has 10ppm and we have been keen participants in the Government’s review of fuel standards,” says chief executive Tony Weber.

“From an automotive industry perspective, the major international manufacturers make considerable investments in designing and developing vehicles to meet CO2 targets and air pollutant emission standards, all based on an expectation of appropriate fuel quality in markets."

“The last thing we want is for Australian consumers to miss out on these new, more efficient and more environmentally friendly vehicles," Weber says.

"We will continue to work closely with both the government and the automotive industry, to ensure the right decisions are made on fuel standards to deliver maximum health and efficiency benefits for Australian consumers.” 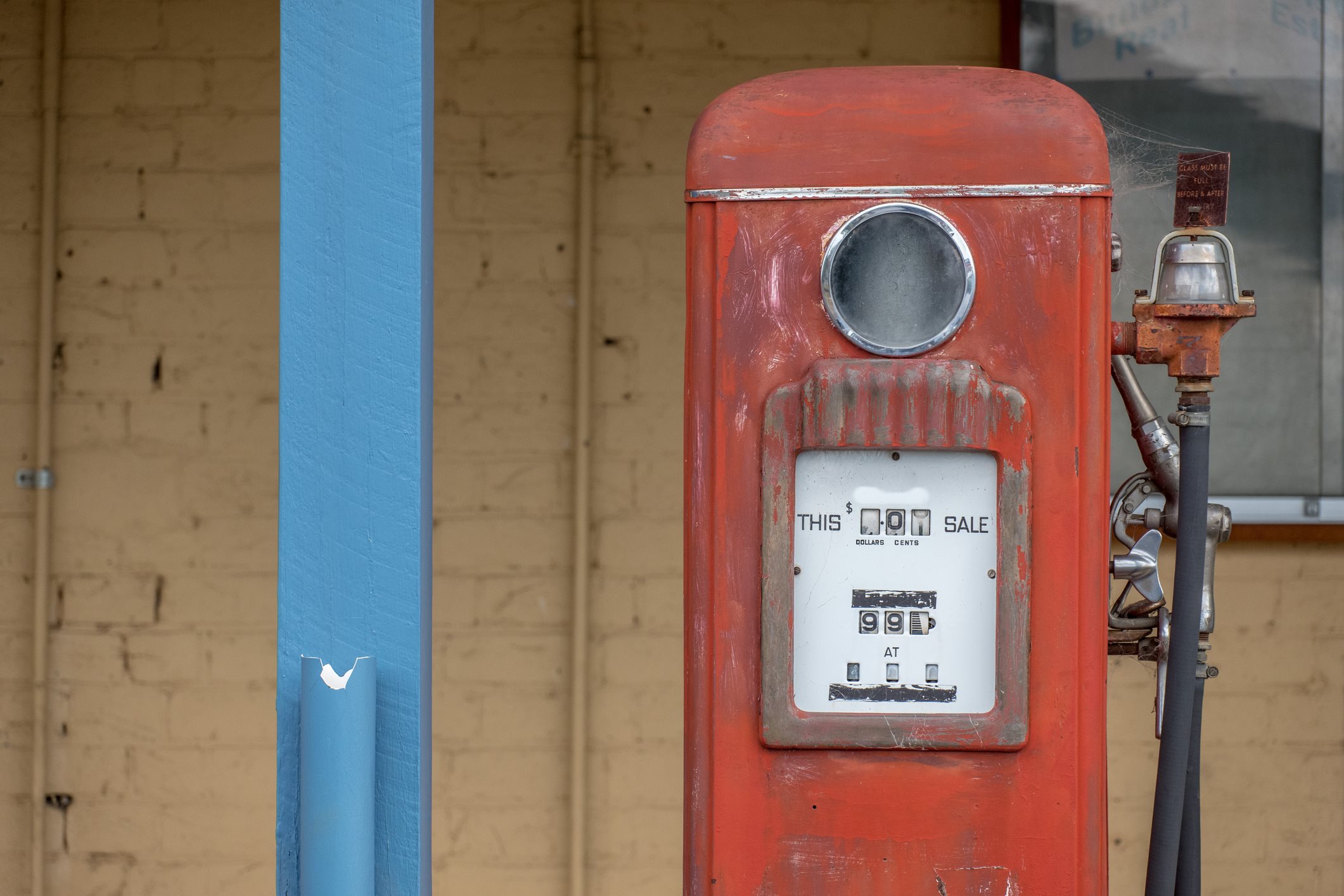