Of 500 produced worldwide to celebrate the 30th anniversary of the BMW M3, only 30 are coming to Australia – and most already have names against them.

Just 30 of the 500 cars being produced globally to mark the 30th anniversary celebrations of BMW’s iconic M3 performance car will be coming to Australia – and almost all of them have been snapped up.

For the extra spend you get individual numbering of the worldwide allocation of 500 cars. It’s laser etched into the carbon fibre dash panel that is unique to this model. 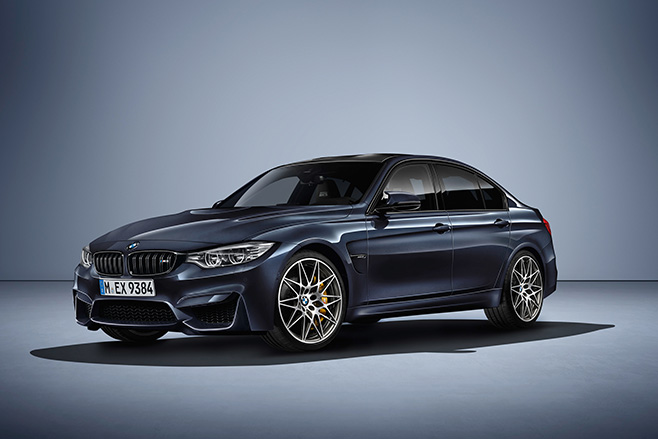 There’s also Merino leather finished in black and grey (or Silverstone, as the marketing department more eloquently refers to it).

And, of course, there’s the usual array of “30 Jahre M3” badging, including on the front, rear, door sills and embroidered into the seats. 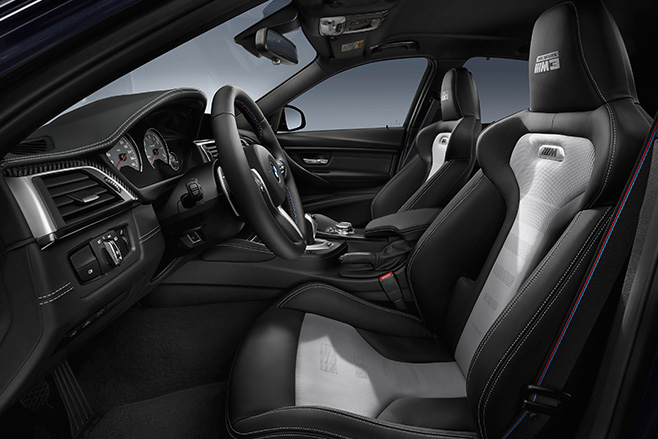 The 30th anniversary M3s also gets extra bits and bobs from the newly-arrived M3 and M4 Competition models, including 20-inch forged alloy wheels and suspension that is 15 percent stiffer than the regular M3. Much of the shiny exterior metals have also been finished in black, too.

The biggest gain is a more powerful version of the 3.0-litre inline six-cylinder twin-turbo engine. Power jumps 14kW to 331kW. The 550Nm torque peak is unchanged, but realises tiny gains above 5500rpm to lower the 0-100km/h time by 0.1 seconds to 4.0 seconds.

“It not only celebrates three decades of the M3, but our allocation reinforces how much passion the BMW M product portfolio generates in this country,” said BMW Australia managing director Marc Werner.

“With the Competition enhancements and such limited production, the 30 Years M3 combines incredible performance with immediate ‘future classic’ status.”

With four doors and 331kW of power, the 30th anniversary edition of BMW’s most iconic performance model is very different to the original that was designed for Group A racing back in 1986.

The original was a left-hand-drive-only two-door with a 2.3-litre inline six-cylinder engine and 143kW of power.

Three decades on and there’s more than double the power, the addition of two turbos and double the doors. The spiritual successor to the M3 now wears the M4 badge.