Didi goes after Uber in battle for Aussie ride-sharing glory

If you’re looking to leave the car in the garage this Christmas party season, then there’s another ride-sharing service that’s looking to get your sozzled self home.

It’s called Didi, and it’s looking to expand its already-huge footprint across Australia – though not necessarily in the way you might think.

For instance, the service debuted in Geelong, Victoria in May, simply based on the data that it had the highest concentration of ride-sharing services anywhere in Australia.

Newcastle in NSW was next, followed by the Sunshine Coast and Brisbane in Queensland, Melbourne and Perth. Sydney? Not yet.

The company chose Australia for its diverse culture and co-operative governments, according to Lida Xu, the head of operations in NSW and Queensland.

"We have a very long term commitment to the Australian market – we’re not here for a short time," he told journalists at a briefing in Sydney.

"We want to provide the best experience for both our passengers and driver-partners, and we hope to become the preferred transportation platform in Australia. We really believe in local service and local collaboration, as well."

The first half of 2019 will see Australia's largest city, Sydney, join the Didi map, and Xu (below left) says the timing was deliberate. 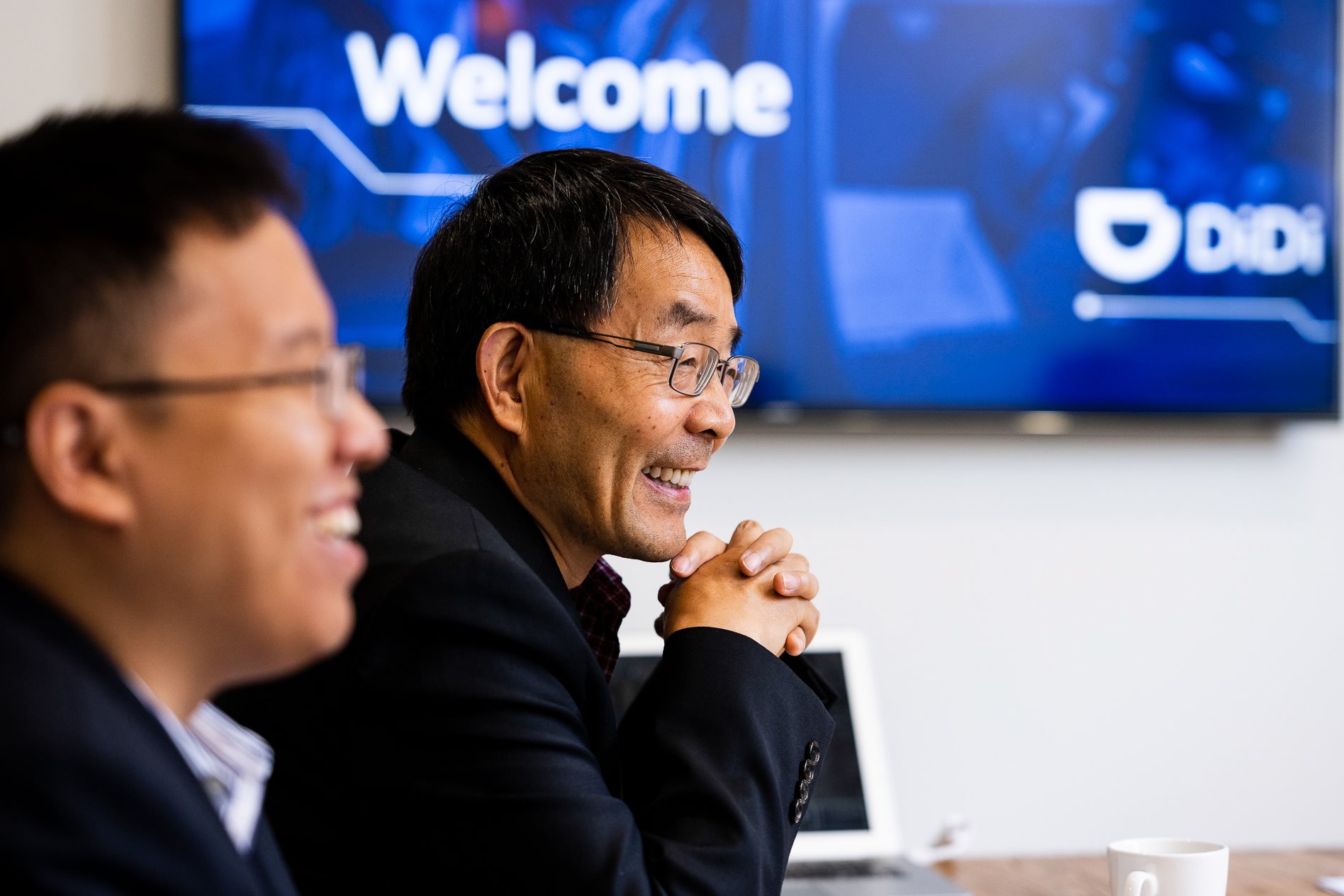 “It’s not a delay, we’ve always planned to roll out this way,” he said. “If you look at our past plans, we’ve always rolled out in smaller cities, because we want to make a commitment to passengers and drive partners and grow in confidence. But now is the right time to expand into Sydney.

Read more: why buy a car when you can hail and share?

"Newcastle, for example, is the second-largest city in NSW, with a high population density and high ride-sharing demand, so it made sense to go there."

It hasn’t been an easy ride for Didi; some nasty incidents involving its drivers in China saw the company pivot hard to a notion that safety, not tech advancement and growth, should come first.

“Last year, our technology team spent many months ‘all-in’ on security,” said Dr Fengmin Gong, vice president of security at Didi (below). “Before, we were moving very fast. Although we know safety is very important, but when there is always room for improvement. 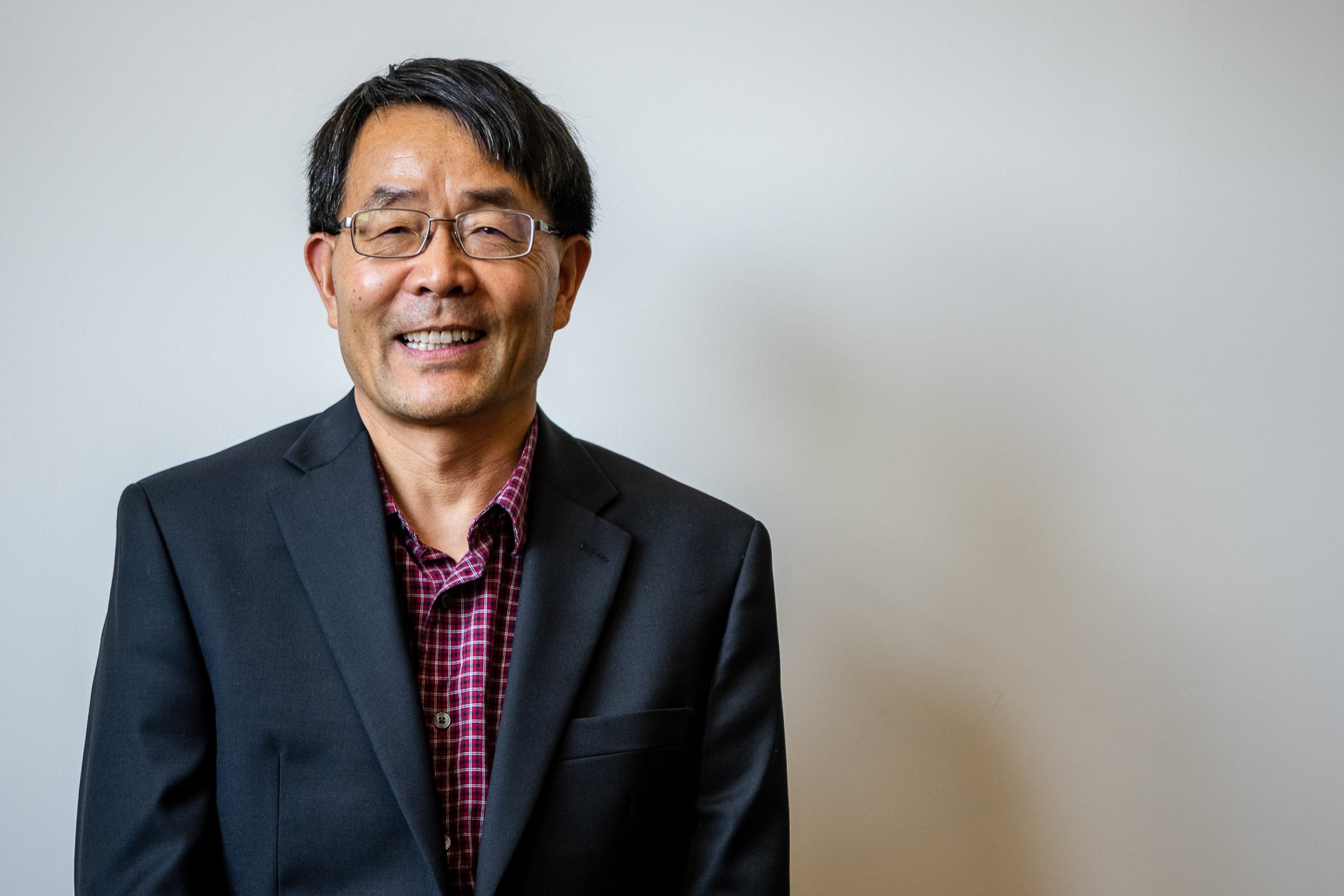 “If you look at our incident/accident rate [including injuries to driver and/or passengers] in China versus taxis, it was one-eighth the size.

“Now we have in place a number of measures that are long-lasting. Our on-boarding, for example, has been massively improved. We are also able to use our platform to solve disputes or problems because we have the ability to view both sides of the issue.

“Some drivers are very ambitious, for example, and try to do too many trips, but we can insist that they take a break, and when we introduced in-car cameras, we could also detect if the driver is tired.”

The company has also developed its app with an advanced AI voice recognition that can even discern different Australian accents that complies with Australia’s strict ‘no-touch’ mode.

The company is also talking transport authorities here about future plans, including data sharing for autonomous driving, smart traffic lights and the like.

“For example, we have traffic heat maps which have a standard interface that authorities would have access for planning,” said Dr Gong. “We still own the data, but we’re all working together to make things happen.”

Heat maps are developed on the base data that Didi users generate when they’re out on the road, which then can be used to calculate traffic densities and speeds.

“We divide the grid into small hexagons,” he explained, ‘which can be used to aggregate the data, and can be uniformly applied anywhere.”

Pricing is a key to Didi's success moving forward.

“Currently our prices are lower in most of our cities than our major competitors,” said Xu.

Drivers, too, are well catered for, according to Xu.

The commission rate currently stands at 5.5 percent, with the exception of Perth at 11 percent. At time of wiriting, Uber is 25.5 percent and Ola takes 15 percent of trip prices, according to Didi.

“I can’t say we won’t fluctuate, but we’re committed to providing a commission fee that’s attractive to both passengers and driving partners,” said Xu.