Bang on cue the winds dropped from a maelstrom to a murmur and the incessant rain gave way to the calm after the storm. A perfect October day in Tokyo, and the perfect October day for the opening of the 2019 Tokyo motor show – the kind of break in the weather that suggests a higher power... in this case Akio Toyoda, ranked by CAR just last month as the most important and influential person on the planet when it comes to the motor car.

But from the first words of Toyoda’s opening address, it was clear this would be no ordinary show. ‘Our booth this time does not feature a single car to be launched next year,’ he said. ‘All that is found here are forms of mobility that link to society and communities and provide modes of getting around and services to people.’

In truth, the show represents the first step on the road to next year’s 2020 Olympic games, which Toyota will sponsor and use to help make real its vow to transition from a carmaker to a mobility service provider. On the evidence of Toyota’s Tokyo show output, it’s not kidding.

Instead of actual cars you might be able to buy (and that Toyota might be able to sell, more crucially) Toyoda unveiled a torrent of blue-sky concepts. The augmented reality e-Racer. The e-4me self-driving single-seat pod. The ride-sharing e-Trans (think Renault EZ Go but less pretty). A self-driving ambulance able to virtually link you to a doctor in transit to the hospital.

And the crowning glory to all this zero-emission, largely driverless madness: e-broom – a ‘mobility platform integrating people and machines, allowing users to reaffirm the enjoyment of mobility and modelled after a broom used by witches’. 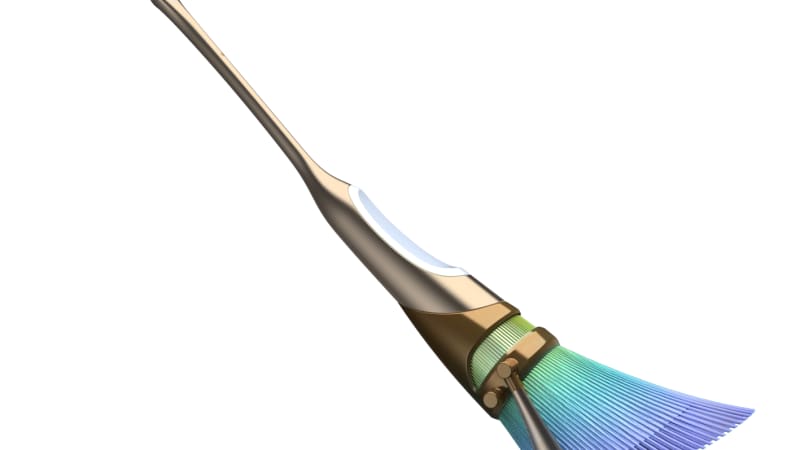 Of course, Toyota hasn’t yet given up on the car as know and love it. At Tokyo, it unveiled the new Yaris, 20 years on from the original: a handsome and thoughtfully resolved supermini on the low-slung and rigid TNGA platform.

Clever tech includes electric all-wheel drive and, on hybrid versions, a 1500W power output option. Inessential on your daily run around town, perhaps, but a neat touch when it means the car could be used as a generator should storms strike, as they regularly do in Japan.

MORE Lexus to launch first production EV next month, and Australia wants it

Toyota also showed a new version of its hydrogen fuel cell Mirai (below) and doubled down on its pledge to develop a raft of low- and zero-emission powertrain options. The second-gen Mirai is everything the original was not – i.e. handsome and desirable – and promises to do for the fuel cell car what the Tesla Model S has done for the premium battery-electric saloon. It sits on an all-new platform, with longer, sleeker proportions, five seats instead of four, a quieter drive unit and 30 percent more range.

And – drum roll – hybrid-obsessed Toyota’s finally building battery-electric cars. Long reluctant to do so, pointing out that there’s little that's sustainable about building cars that don’t make money, it’ll have a Smart-esque battery-electric kei car on sale in Japan by late 2020.

Meanwhile, premium division Lexus will show its first battery-electric car in China in a matter of weeks, likely an electric version of the UX crossover. In the meantime, Lexus stole the Tokyo show with its bold imagining of the electric Lexus of 2030, the LF-30.

Yes, there’s a drone to carry your briefcase, a ferociously cost-prohibitive carbon fibre structure and the promise of full autonomy. (Interestingly Toyota Research Institute CEO Gill Pratt, who’s working on such technology, mused on the parallels between full autonomy and the vaccine; is society accepting of the notion that it’ll save countless lives, but that a few people are going to suffer along the way?)

But the LF-30 also shows Lexus’s design elements amped up as far as they’ll go: a transition from supine curves at the front to hard, shard-like structures at the rear; a burnt cedar floor inlaid with metal detailing to evoke a circuit board; and a stunning full-length, raked glasshouse incorporating augmented reality and gesture control functionality. If this is the electric future, we’re in.

MORE Mazda’s first EV has suicide doors, and a rotary is coming!

In stark contrast, Mazda’s Tokyo EV, the confusingly similar-in-name MX-30, will arrive in early 2021, fully formed and on sale. Like Toyota, anti-EV Mazda has realised the impossibility of meeting emissions requirements without a battery-powered electric vehicle – hence the MX-30.

It sits on a platform related to that of the CX-30 but optimised around an EV powertrain. A 35.5kWh battery sits under the floor, powering a single e-motor on the front axle and offering a range of around 225km between charges.

Pretty feeble when compared with some rivals, though Mazda insists such a range is more than enough for most of its customers, and that a smaller battery is both more environmentally responsible and better for driving dynamics. A rotary range extender MX-30 is in development and will follow a year later.

As the likes of Mazda and Toyota move begrudgingly to embrace the battery-electric future, Nissan can surely feel justifiably smug, with some 430,000 Leafs shifted since the trailblazing hatch went on sale.

R&D boss Kunio Nakaguro spoke of ‘transformational times’ at Tokyo, but the truth is Nissan’s looking good, literally, with electrification long since part of its story and, under senior vice president for design Alfonso Albaisa, its design direction promising to kick on from underwhelming reboots like the new Juke.

Fresh at Tokyo was the Ariya (below), an exceedingly good-looking electric crossover concept that previews a new, more serious electric platform from Nissan with twin electric motors and all-wheel drive. A concept for now, but says Albaisa: ‘The Ariya is not your normal show car – you will soon be able to drive something like it.’ Looking forward to it.

Albaisa even managed to deliver the first kei car you might actually wish would make it to Oz, Nissan’s IMk concept. It combines an underfloor battery, shag-pile carpet and surfacing you could cut sushi with to devastating effect.

Nice idea, though the cost of re-engineering them to meet tougher regulations would almost certainly strip them of profitability. They also tend to be painfully slow, though electrification could change that. We implore the Nissan/Mitsubishi alliance to bring us the IMk.

And what of Honda? Nowhere were the stark contradictions at the heart of car making in 2019 more apparent than at Honda. It reaffirmed its electrified commitment - though not to Australia, sadly - while also celebrating its first F1 wins since the company’s troubled return to the sport as an engine provider in 2015 and domination of the MotoGP motorcycle world championship. Silent, zero-emission EVs cheek-by-jowl with a motorsport effort so CO2-heavy you can almost smell it – truly we are at a crossroad.