Nissan has revealed the second-generation Juke in Europe, ushering in a long-due replacement for the company’s defiantly different compact crossover.

Though all-new, the new Nissan Juke very much apes the original in its general form. The silhouette is still that of a fastbacked hatch, with a sloping roofline and tapering side glass profile that gives it a sportier look than most other small SUVs.

Around the front there’s still a pair of big round headlamp housings with a set of slim eyebrow-like light elements above, though the design is crisper and identifiable by a new Y-shaped lamp graphic within the headlights. Nissan’s V-grille, now a staple on all Nissan’s products bar the Nissan 370Z, is another point of difference between the new Juke and the one it replaces 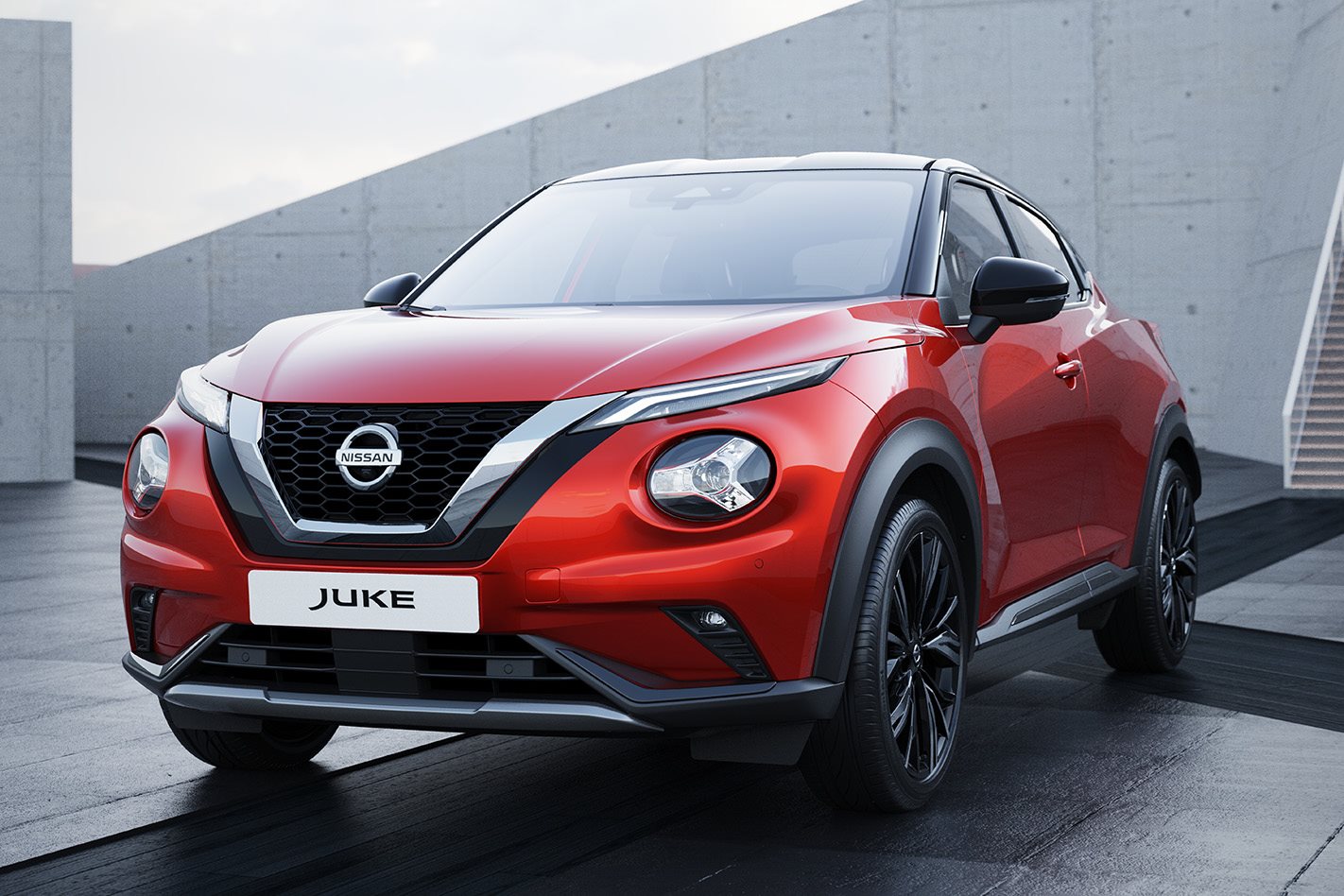 19-inch wheels fill the Juke’s pumped-up wheelarches (though 16- and 17-inch rims will feature on lower-spec models), and with a footprint that’s slightly wider (1800mm) and longer (4210mm) than before, the new Juke promises more cabin space than before – yet weighs 23kg less than its predecessor.

Cabin comfort is boosted by a 58mm increase in rear seat legroom, 11mm more rear headroom and a 422 litre boot capacity that’s 20 percent greater than the first-gen Juke, and siginificantly more capacious than most small hatchbacks. The cabin treatment is also less juvenile than the previous generation, with greater use of soft-touch materials, the introduction of ambient strip lighting and the generous application of microfibre trim on the dash, centre console and door cards. 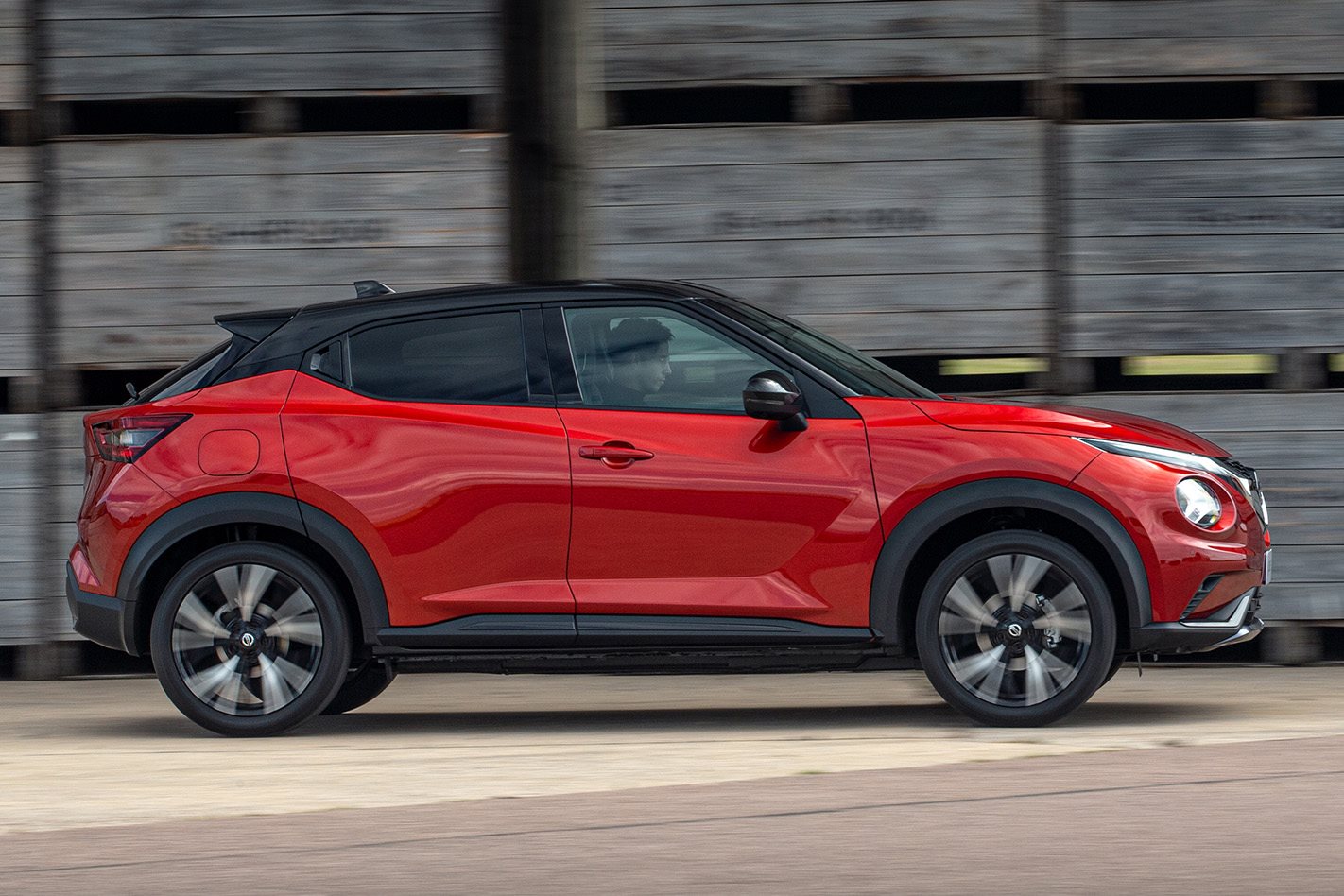 In Europe, the only confirmed powertrain is a turbocharged 1.0-litre three-cylinder petrol, generating a modest 86kW and 200Nm, and driving the front wheels via either a six-speed manual or seven-speed dual-clutch automatic.

The Juke will continue to be built in England, and a European launch date is set for the end of November. Australian market details have yet to be announced. 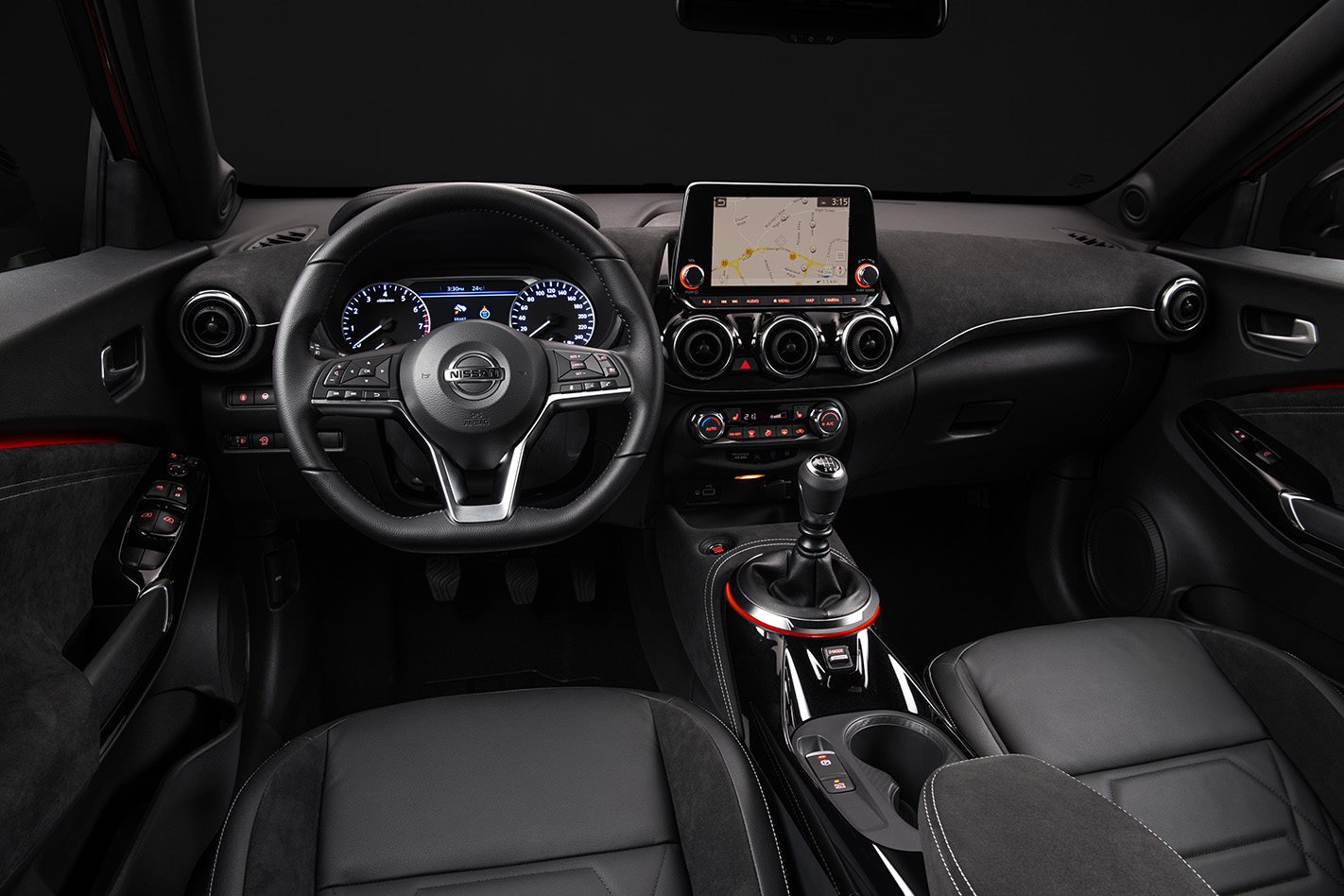