Ford Falcon: five of the greatest

The Falcon is dead. Long live the Falcon. We take a look at the most notable Falcons of the past half-century.

As the high-vis vests at Broadmeadows are taken off for the last time and the last shipments of Falcons and Territories make their way to dealerships across the land, another chapter of the Australian car manufacturing story comes to a close.

But what were the most significant Falcons of years past? What were some of the best examples of Ford Australia’s iconic nameplate to grace our roads during the Falcon’s 56-year history in this country?

Depending on who you ask, the list is either extremely long or – if they’re a Holden fanatic – brutally short. Though many more deserve their due, we’ve decided to list the five best of the Falcon breed. 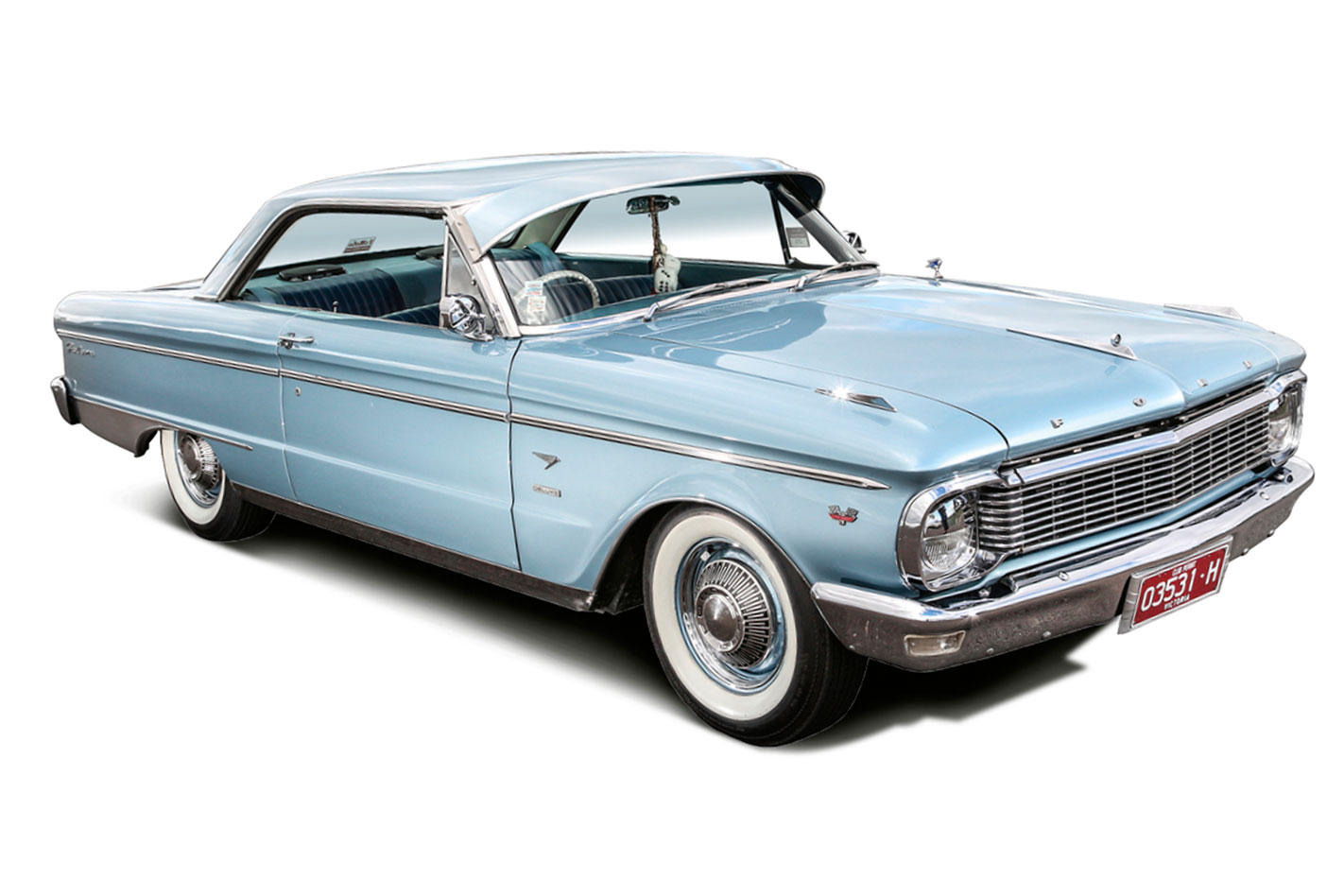 By the time the XP Falcon arrived on the scene, Ford’s factories at Broadmeadows and Eagle Farm had been churning out falcons for four years. However, it was the XP that earned the Falcon a reputation for durability that helped it win favours in a time when smooth motorways didn’t exist.

Five cars were taken right from the production line and subjected to a 24-hour-day, 70,000km torture test at Ford’s then-new You Yangs proving ground. Design improvements rectified the front-end failures that dogged the XK Falcon, but it was Ford’s local testing that validated the Falcon’s bulletproofness. 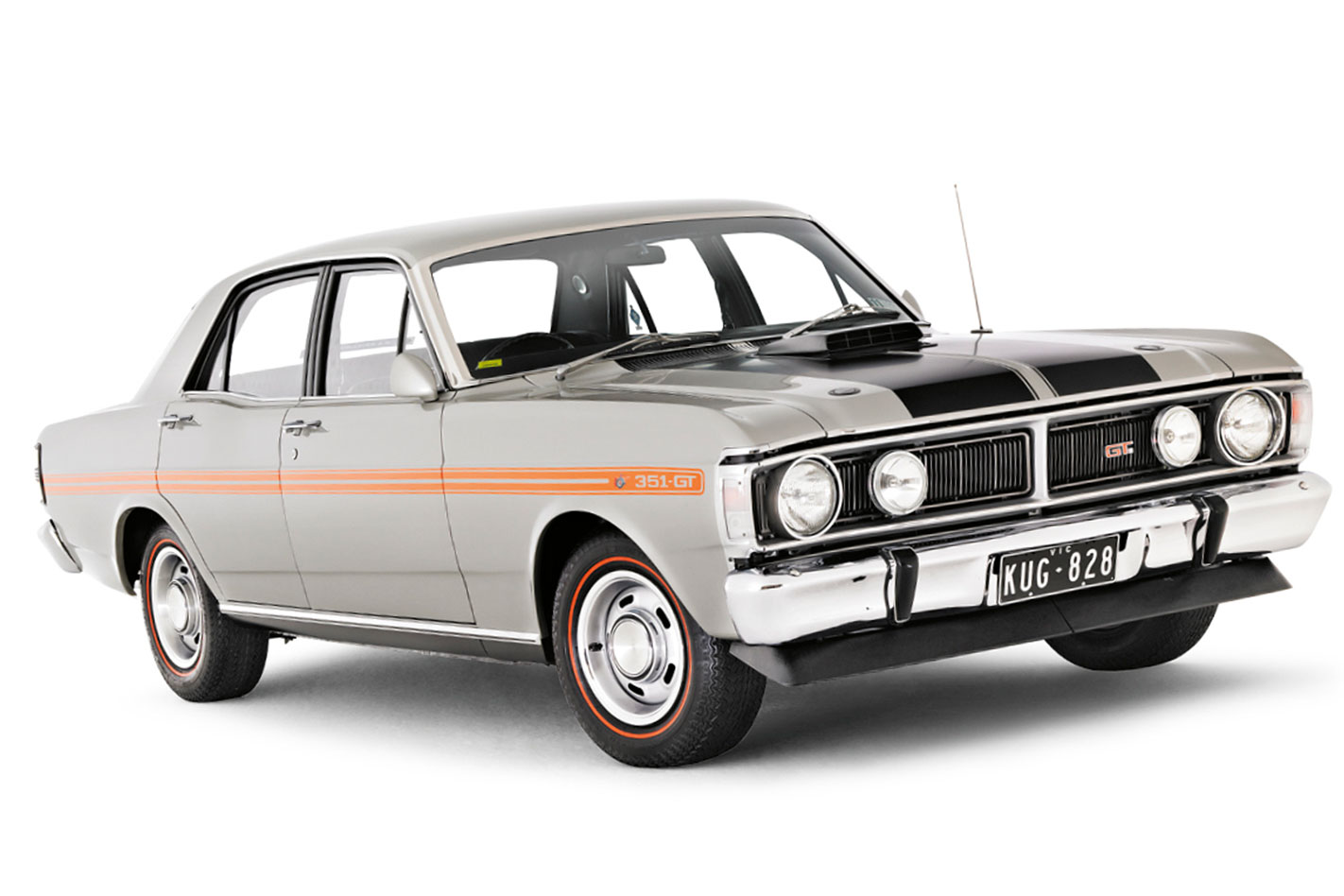 Yep. You were probably expecting it, and here it is: the legendary GT-HO. Built to homologate the XY Falcon for racing, the GT-HO (the HO stands for “Handling Option” was claimed to be the fastest four-door sedan in the world. With a 5.8 litre V8 making a heady 224kW (though some claim Ford sandbagged that number), it was certainly quick for its time.

And that legend helped propel values to stratospheric heights, with pristine examples changing hands for six-figure sums. Prices have since calmed down, but the GT-HO will forever be one of Ford Australia’s most desirable products. 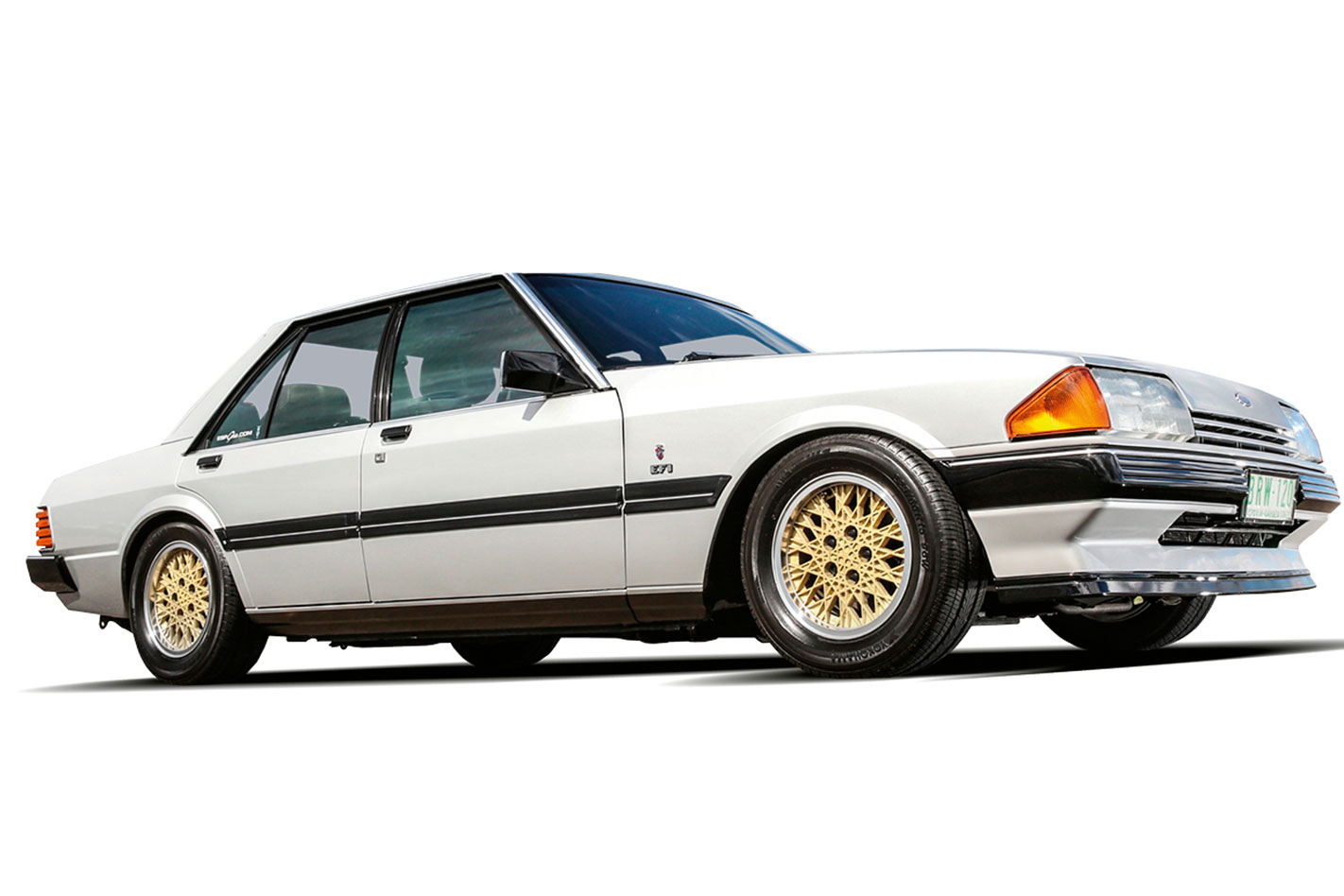 The XE might be one of the boxiest cars to ever grace our roads, but it was a significant model in Ford Australia’s timeline for other reasons.

The XE sedan was the first model to ditch the antiquated leaf-sprung rear suspension of previous Falcons in favour of a better-handling and more refined coil spring arrangement. Ride comfort benefited greatly, though increasing fuel prices saw Ford dump the V8 engine from the range in this generation while simultaneously introducing electronic fuel injection on its inline six motors. 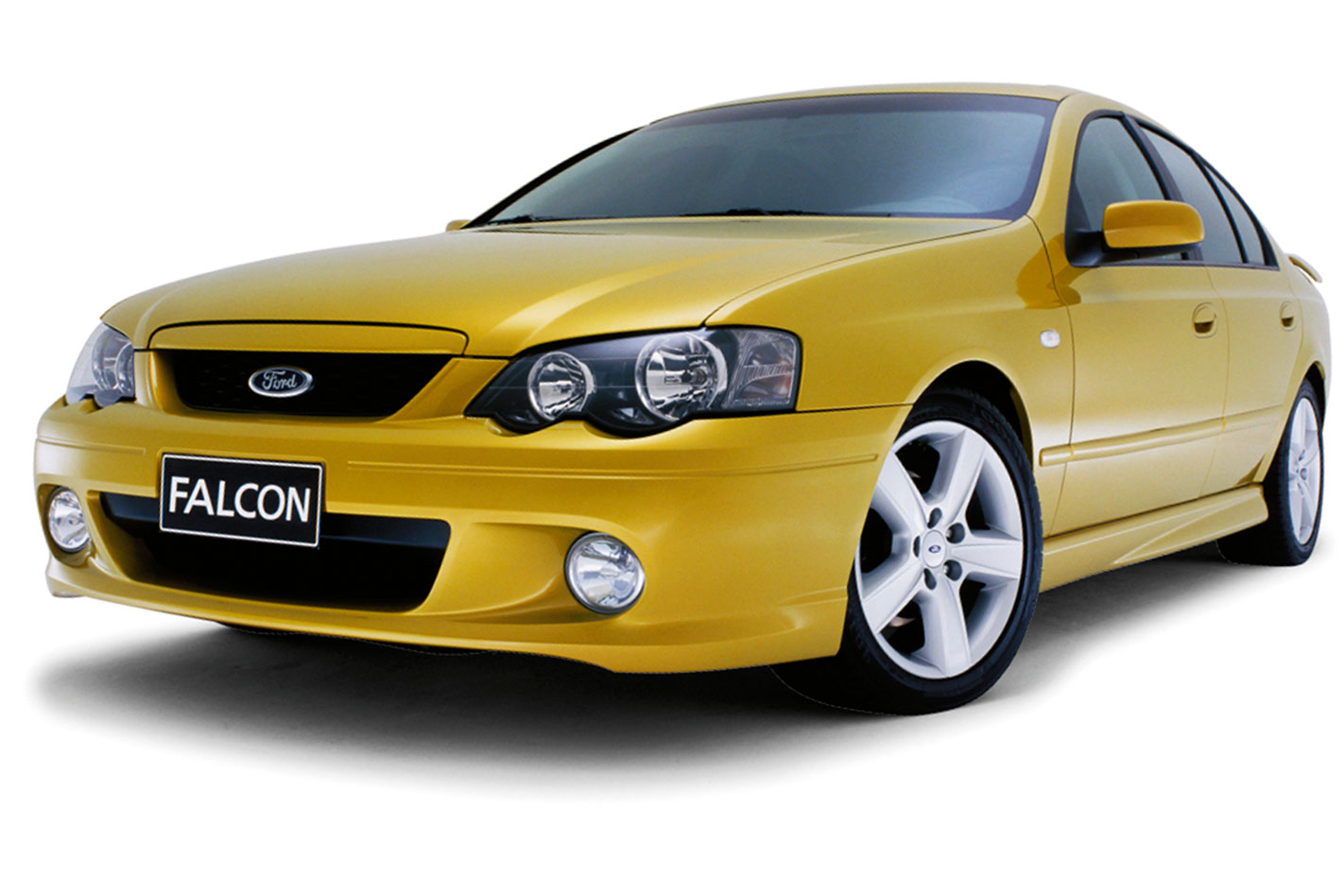 The BA saw a bevy of mechanical changes for the Falcon family, with the introduction of dual overhead cams for the inline six, a new independent rear suspension and the fire-breathing XR6 Turbo.

Not only that, but it banished the widely-panned AU Falcon’s styling in favour of a more modern and handsome design – despite sharing its entire midsection with the much-maligned AU. 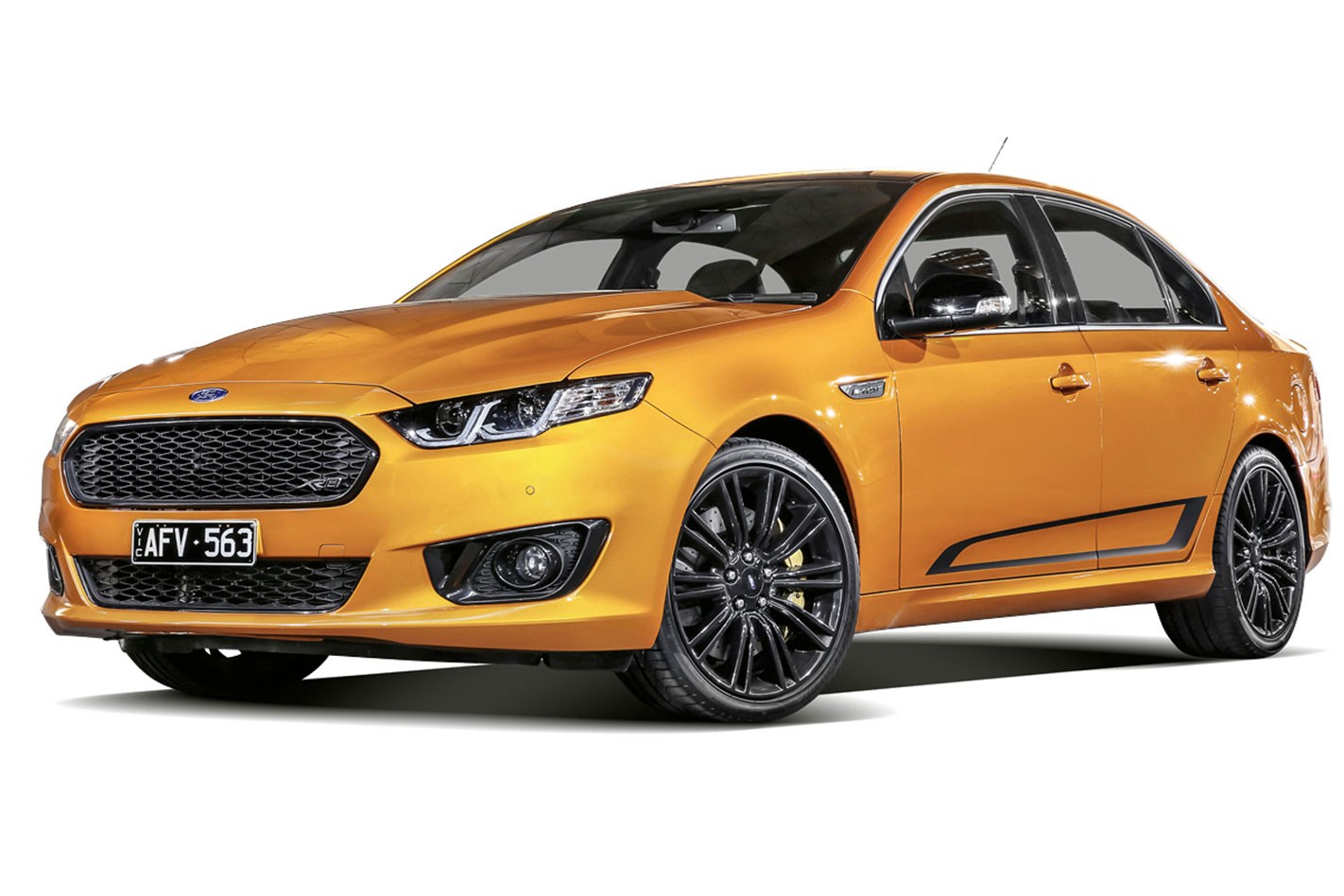 Ford Australia gave the Falcon a scorching send-off with the FGX models. Not only did Ford spend big on new exterior plastics, light clusters, bonnet and bootlid, but it tuned up the XR8 and XR6 Turbo’s mechanicals to create the heavy-hitting Sprint models.

The XR6 Sprint had 325kW and 576Nm from a turbocharged 4.0 litre inline six while the XR8 Sprint made 345kW/575Nm from a supercharged 5.0 litre V8. Both had extensive suspension upgrades and monstrous brake packages too, making the FGX Sprints the fastest Falcons of all time.