If you think engineering a car is just about steel, seat springs and cylinders, think again… Ford Australia’s legion of engineers is set to roll Google products out into Blue Oval products into 180 markets around the globe.

Ford has also signed a deal to use Google Cloud as its preferred cloud provider to leverage Google’s world-class expertise in data, artificial intelligence (AI), and machine learning (ML).

As part of the six-year partnership, Ford claims that millions of future products at all price points will be powered by Android from 2023, via a new collaborative group known as Team Upshift.

MORE Will Android Auto work if Google pulls out of Australia?

The idea behind the move is to ensure that Ford’s cars are as updatable as a customer’s mobile phone, says Melbourne-based Ford Engineering Director Con Papadomanolakis.

“This new partnership will give our customers digital experiences in their vehicles that they already have on their phones as the platform will continually update products and services wirelessly over time,” he said.

“As a customer, your experience up until now is that your vehicle tech gradually becomes obsolete, but with this partnership, new apps will provide a constantly improving and ever-more-personalised ownership experience.”

Some of the tech to be worked into new-generation cars will incorporate Google Assistant (“Hey Google!” in other words), Google Maps integration, and Google Play for music, podcasts and the like.

The deal will also see Ford incorporate Android operating firmware into its cars, which can be used to develop Ford-specific apps with third parties.

MORE Google's next move: is Apple CarPlay officially over?

Ford’s large Australian-based engineering team will be responsible for integrating the technology in the vehicles it develops for 180 markets and millions of consumers around the world, according to the company.

“Our 2500-strong team in Australia engineer world-class global vehicles, and connectivity is an ever-growing part of that development,” said Papadomanolakis.

“We expect this partnership to accelerate our Australian team’s abilities so that we can become world leaders in the auto-tech space, and to have that kind of skill in Australia is incredibly valuable not just for Ford but for Australia overall.” 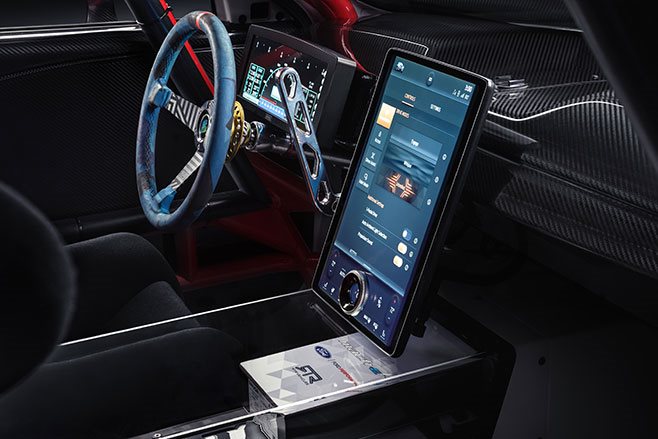 Ford’s luxury arm Lincoln will be the first to benefit from the tech, which will begin its roll-out in 2023.