Ford Mustang cheaper in 2018? Don’t count on it yet

US pricing for the iconic muscle car shows the price of entry to the four-pot club will be lower, but the bent-eight club will be higher

BUYERS queueing up for the 2018 Ford Mustang will have to wait a little bit longer to know if Australia will go down the same path as the US and cut the price of entry to the pony club.

However, if performance is something you’re after, prices for the US version of the car hint that the cost of entry to the more desirable Coyote 5.0 club will hurt the hip pocket a bit more. 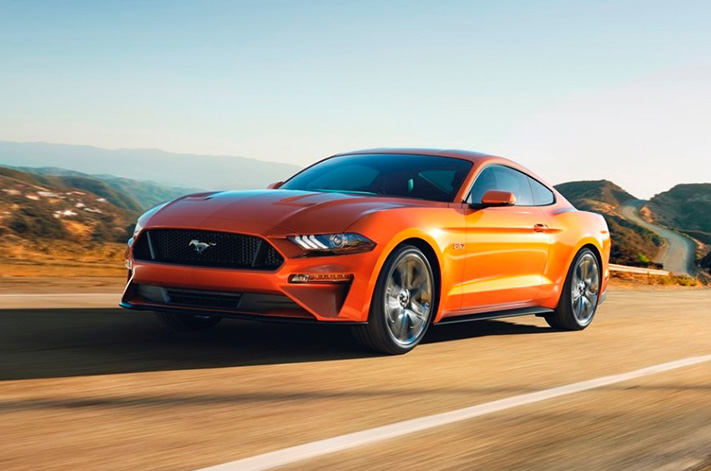 North American prices for the entry-level Mustang EcoBoost, powered by a turbocharged 2.3-litre four-cylinder engine, have fallen by $US500 ($A630) to below $25,000, Ford’s US market car configurator shows.

It’s a different story for the V8 version, though – you know, the one about to get a drag strip mode that Australian customers will potentially miss out on because of the more conservative approach the authorities take to it. The atmo 5.0-litre bent eight jumps $US1900 to $US35,995.

Our Stars-n-Stripes friends also pay a lot less than we do for the lop-topped version of the Mustang, with just a $US5500 difference, while we pay an extra $A9000 – the equivalent of $US7200 – for the roof-down experience.

“We haven’t announced any Mustang specification for the 2018 model,” a spokesman for the company said. “We will do so closer to its arrival.” 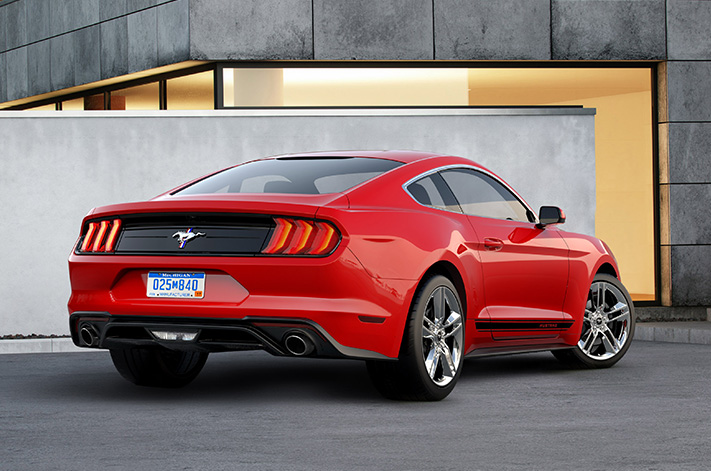 Ford is concentrating the rollout of its facelifted Mustang on its high-volume left-hand-drive markets. That means Australia has to wait, despite Ford Australia initially expecting to sell a couple of thousand units of the sixth-generation muscle car in 2016 – its first year on sale here – and instead shifting more than 6200, making us the car’s strongest market outside North America. 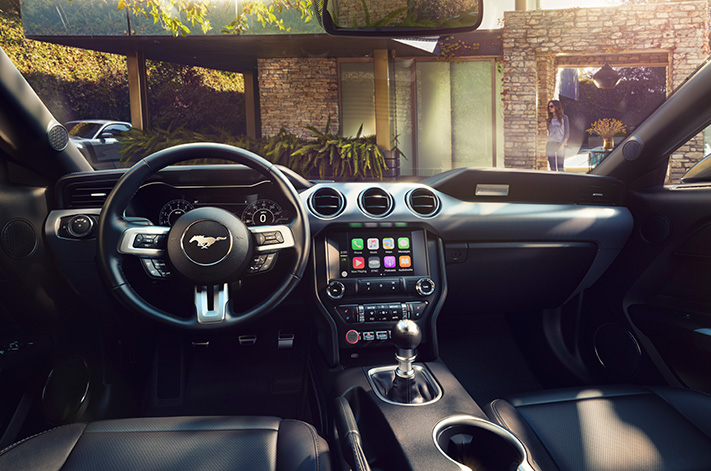 The Mustang’s fresh-for-2018 facelift, announced at April’s New York Motor Show, adds some trick bits to the modern-day muscle car’s repertoire. Foremost is the inclusion of magnetically adjustable sports suspension – a feature previously only available on the not-for-Australia Shelby GT350.

It will be made available in the US as part of a performance pack for both the 2.3-litre four-cylinder versions and the 5.0-litre V8s.

And the V8 will come in for a performance makeover, too. It will add a wider spread of revs via dual high-pressure direct injection and low-pressure port fuel injection, delivering what it says is “robust low-end torque, high-rpm power, and improved fuel efficiency”. 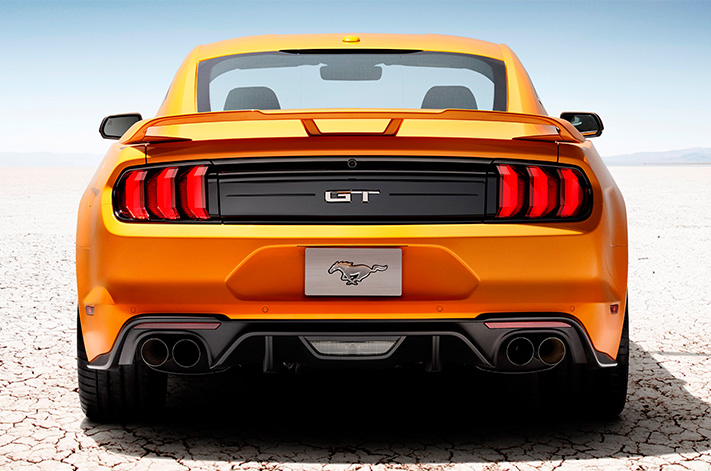 Ford will also lift the Mustang V8’s compression ratio from 11:1 to 12:1, a move that should add power while squeezing out better fuel economy. It also will include the option of an active exhaust that adds a deeper growl to the bent-eight's exhaust tone.

But the big thing for Ford Australia is likely to be a jump in the current Mustang’s embarrassing two-out-of-five-star crash rating. Independent testing authority Euro NCAP scored the coupe on sale now as a two-star car after it scored poorly in terms of protecting children in the back seat during a crash, and any pedestrians unfortunate enough to step out in front of a moving version.

However, the facelifted version gains automatic emergency braking and a lane departure warning system, enough to drag the Mustang up to a still disappointing three-star rating. Ford Australia is yet to say how the versions of the 2018 Mustang sold here will be kitted out, so that crash safety rating improvement isn’t yet guaranteed once the facelift lands.