Genesis has revealed that its very first electric vehicle, due to make its debut mid-2021, will continue the company’s ventures into high-rider territory as a more multi-terrain focused crossover, not a sports or sedan model.

Previous concepts such as the Essentia high-performance coupe and charming Mint city coupe hinted that a more performance-bent model may be the electric pioneer for the luxury brand. However, speaking at the global reveal of the new GV80 large SUV, global head of Genesis brand William Lee revealed its first EV would be a small crossover.

Read next: Genesis Essentia concept shaping up for production

“The electric vehicle is coming in the middle of next year,” he said, “It’s too early to say but it’s for sure that it’s not a sedan. It will be a crossover and it will be not big.”

While production versions of the electric coupes are still a possibility, Genesis is clearly adjusting is focus on the global shift toward SUVs and putting the priority on potential volume sellers rather than performance halos. 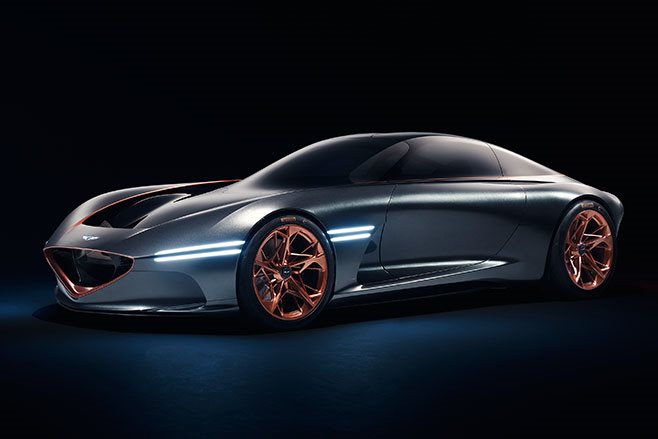 On home turf, more Genesis SUV choice will be welcome news where the existing G70 and G80 sedans are struggling to attract deserved attention and Genesis Australia spokesman Guido Schenken said the company would be putting forward a business case for the electric foray in local showrooms.

“We are actively pushing to bring all future Genesis models to Australia,” he said. “We are extremely excited about the brand’s potential locally and an all-electric car would be a great addition to our expanding product portfolio.”

While an electric model of any segment has its work cut out in Australia’s generally EV-frosty market, there’s more good news from the Genesis boss regarding another more conventional SUV due to join the Genesis ranks. 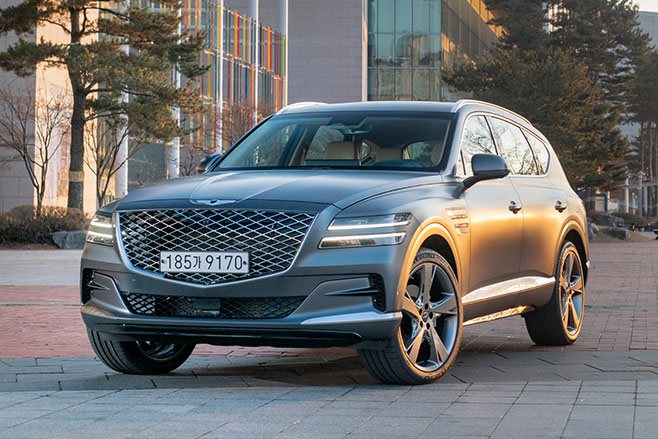 “The second SUV is called GV70,” said Lee. “It will become available within one year.”

Some speculation has surrounded the next SUV instalment for the South Korean brand but the line-up is now shaping up.

“In a year and a half we will have three sedans, plus two SUVs, plus one EV. In the future we will have more electric vehicles.” 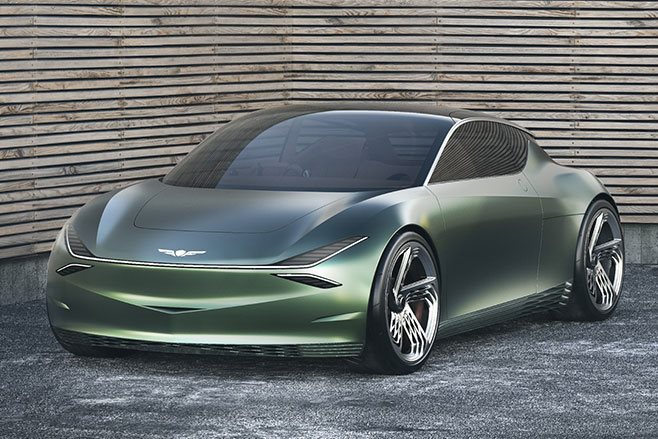 No additional detail was revealed regarding the new EV, although Lee did offer one tantalizing insight, describing the model as “comparative” to the Hyundai Kona, although it is not clear if the Genesis boss was referring to the size, performance or price.

Nor has any teaser image or concept offered a glimpse at what the new arrival may look like, although a picture snapped during global reveal of the GV80 (above) may include a shady outline of the model.

With the recent announcement that Infiniti – Nissan’s ambitious luxury spin-off – was shuttering operations in Australia, the progress of any similar premium brand off-shoot will be closely scrutinized Down Under.

But Lee made assurances that the company is aware of the challenges involved with establishing a premium offering, even in Australia’s unforgiving landscape.

“It’s the same market but we have a different project from Infiniti. We already knew that Infiniti was retreating in Australia and many other markets. We are confident we will have the right product portfolio for the Australian market.

With the recently revealed GV80 large luxury SUV heading to Australian showrooms in the middle of the year, the company’s sales are expected to shift up a gear, although the true reception will depend largely on as yet unconfirmed pricing.