Mercedes-Benz, Audi, BMW, Volvo, Subaru and Volkswagen are on Australian police force wish lists as the search begins for a highway patrol car to replace the current fleet of locally produced Holdens and Fords.

SUVs are shaping as the likely participants in future high-speed chases as local police look to follow the high-riding road travelled by American cops.

The Subaru Forester tS, Mercedes-AMG GLA45, BMW X3 and Jeep Grand Cherokee SRT (pictured below) are being considered following the release of a detailed set of draft “national vehicle specifications” for pursuit cars as replacements for the Commodore SS and Falcon XR6 Turbo/XR8.

Each achieves the police target of accelerating to 100km/h in less than 7.5sec while providing space for gear and people. 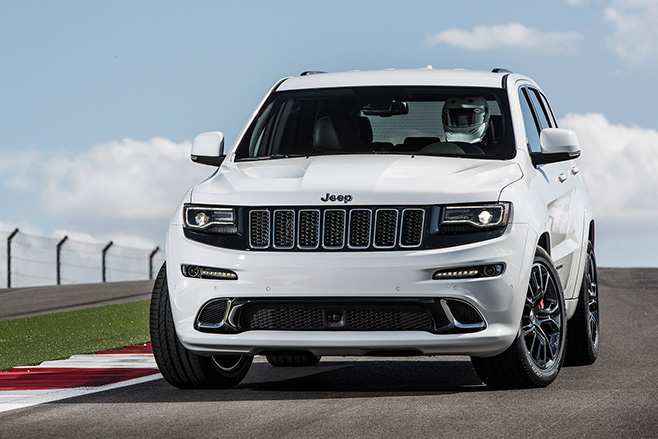 SUVs also provide better ground clearance for hopping median strips or driving on the verges of country roads. And the extra traction of all-wheel drive provides reassurance – and pace – in slippery conditions.

Police insiders Wheels spoke to confirmed SUVs were one option being considered. Victoria Police has already purchased some Grand Cherokee SRTs for use in undercover work.

“We’re definitely interested in it … we are speaking to the police at the moment,” BMW Australia director of corporate affairs Lenore Fletcher said. “We have many high-powered performance vehicles – including X models – that would be well suited to police work.” 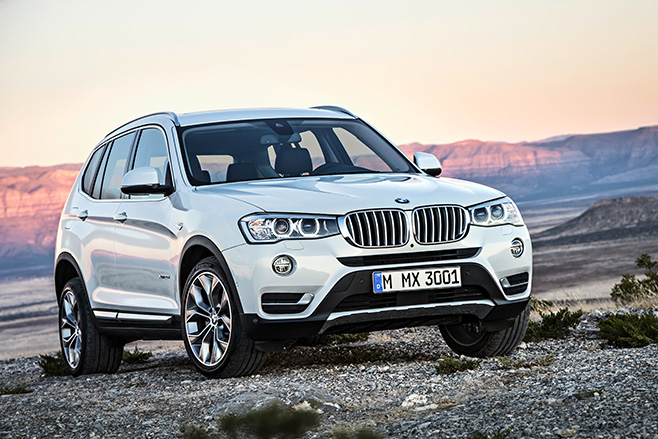 MB Australia senior manager of corporate communications David McCarthy said the chances of a GLA45 AMG pursuit car (imagined below) would depend on supply.

“If they want the cars, we have to be able to provide the volume,” he said, adding that Mercedes would not produce a specific trim or tune for police. “We’re not going to reduce the spec … that can have implications on used-car prices and the brand image.”

Wheels understands police have pressured some manufacturers to take out luxury components to make cars more affordable, but most brands appear reluctant.

Police are also asking for modifications – including electronics, pre-drilled holes in the roof and the fitment of full-sized spare tyres – from the factory, something that may not be feasible for many models. 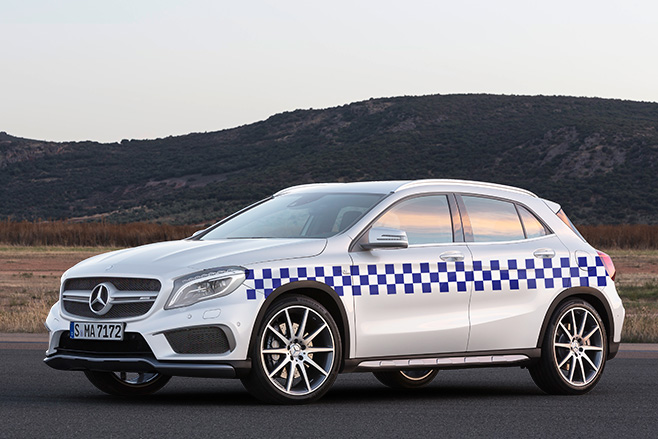 While, on the surface, the chances of a Mercedes, BMW, Audi or Volvo police car may seem slim due to their premium price tags, police are keen to consider the whole-of-life cost of all vehicles.

Given that depreciation is typically the single biggest cost of any new vehicle, some police jurisdictions are pushing their accounting departments to consider resale values, servicing costs and low fuel use, potentially opening the door to more luxurious alternatives.

As part of the draft requirements – which Wheels has seen – police are also probing carmakers as to “the extent that the manufacturer can modify or build vehicles to meet the draft specifications”.

Overseas, Mercedes and BMWs are relatively common for police use, and BMW even has a range of ‘Authority’ models designed specifically for emergency services.

PONY UP? NOT LIKELY…

The Ford Mustang has been ruled out for widespread police use due to its less practical coupe layout.

While police have used two-doors in the past – think Chargers, Falcon Hardtops and Monaros – top-secret police documents call only for cars with four doors.

What would a police SUV look like? Check out the new Mercedes-AMG GLE63 in police livery.

This article was originally published in Wheels March 2016.