We may not drive cars after 2040, but Jaguar believes this steering wheel will still play an important role

Jaguar has revealed what it calls an “intelligent and connected steering wheel of the future” overnight at a tech festival in the United Kingdom.

What you see before you is dubbed ‘Sayer’, and is probably the first steering wheel to be given a name.

But looking past the cutesy nomenclature, Sayer presents a fascinating insight into the development being conducted in preparation for an autonomous future.

While autonomous driving tech could be the norm by 2040, Jaguar believes the steering wheel will play an important role in transportation, working like to a personal assistant.

Sayer is just a steering wheel at the moment, but will feature on a full concept vehicle dubbed Jaguar Future-Type, which will be an experimental look at transport in 2040 and beyond.

Jaguar believes three decades from now, that the steering wheel may be the only part of the car you own at all and can be transferable between vehicles with all your required vehicle preferences and journey information.

“This steering wheel concept lives in your home and becomes your trusted companion,” says Jaguar.

“Sayer is the first voice-activated artificial intelligence (AI) steering wheel that will be able to carry out hundreds of tasks.

“Imagine a future of autonomous, connected and electric cars where you don’t own a single car, but instead call upon the vehicle of your choice where and when you need it.

“That’s a future vision Jaguar Land Rover is exploring with Sayer, the connected steering wheel that could be the only part of the car you own.”

The Sayer name comes from a significant designer of Jag’s past, Malcom Sayer, who worked for the company between 1951 and 1970. 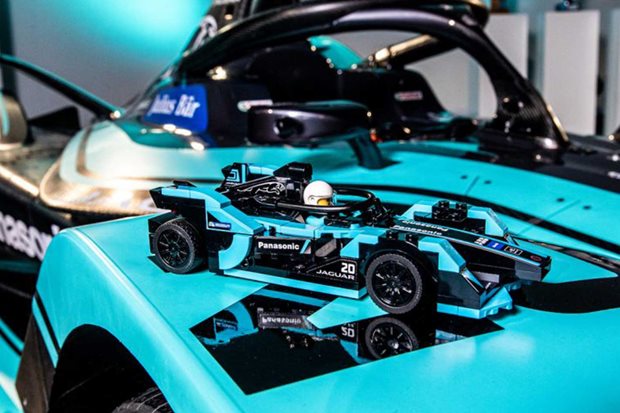