The rise of autonomous cars

It’s possible that the brain-snatching aliens are already here. Evidence from the US suggests these beasts may have begun their work at the very highest level of reality television.

The End of Days has looked closer than ever this year as I’ve eaten my way around Italy. It has become career-wobblingly clear that autonomous cars are really going to happen, and soon.

Chat with senior car-company execs, the ones who get paid squillions to predict where their industry will be in seven years, and you realise the decisions have already been made, and that they’re confident they can count on the inherent laziness of human beings to prove them right.

What’s interesting to ponder is where the rot will start. Some country will have to fold first, and I’d be willing to bet all Ferrari’s annual profits that it won’t be Italy, or France, Spain, Germany, Portugal, Russia or any of the other bolshie/carefree parts of Europe (ie anywhere that isn’t Nordic or England).

The spread of steering-wheel-free cars will really take off after some small country – let’s pick Sweden, the only place where overtaking is entirely frowned upon – runs a year-long trial, and nobody dies. The rest of the herring-loving countries, and England, will then fall in line quickly, despite the rantings of Jeremy Clarkson.

But the Italians and all the other southern Europeans – who still refuse to accept that the manual gearstick is going anywhere, let alone all three pedals – will laugh in short, sharp dismissive barks at this Swedish show trial and go back to living wonderful lives and driving as if cars are made to be enjoyed.

What I’ve picked up from living in Europe is how European it is. Borders mean nothing and attitudes – to the things that matter at least – are largely in tune. 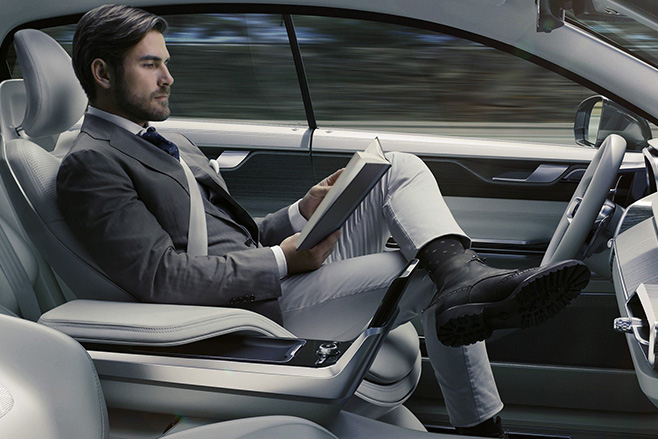 Europeans rail against changes that restrict freedom or crush happiness. They fight for their lifestyles, for their two-hour lunches with family in the middle of work days, their 5pm knock-off times and 30-hour weeks, their shutting down entirely for the month of August.

And they fight to keep their local industries alive. How else can you explain the fact that the two most popular cars sold in Italy are a Fiat and a Lancia? That’s not logic; it’s loyalty.

Seat has the two top-sellers in Spain, all six of the top-shifting vehicles in France are French, and the top four German cars are, predictably, made by the world’s best manufacturers. I promise you, these countries will not go quietly into the dark night of autonomy.

We, of course, are more like the English than we like to admit (although at least they still buy Vauxhalls, even if it’s now American-owned). It could be why we hate them so much.

Like them, we seem to love rules, to relish being told what to do and to invite having our freedoms restricted and our children wrapped in cotton wool (did you realise that tag – or ‘tig’ as some call it – is now banned in Aussie schools?).

We didn’t always, of course. We used to be as laid-back as the Spanish, but those days are as long gone as Harry Butler and Simon Townsend.

Think about the idea of autonomous cars, of fatality-free roads, and then ponder for a moment the prevailing attitude to road safety in this country. No one should die, ever, and risk is unacceptable, at any cost. I don’t think we’ll be far behind the Swedes.

Perhaps those brain-snatchers have reached the southern hemisphere already.