The Kia Picanto is aiming to enlarge Australia’s micro-car segment with a $14,990 driveaway price that undercuts key rivals in automatic-gearbox form.

Kia’s most affordable model has been launched in a single, self-shifting specification that focuses on the transmission preferred by the majority of Australian motorists rather than a headline price tag.

The five-door Picanto costs more than manual versions of the Nissan Micra, Holden Spark and Mitsubishi Mirage but is notably cheaper when those cars are selected with optional autos – as most buyers do. 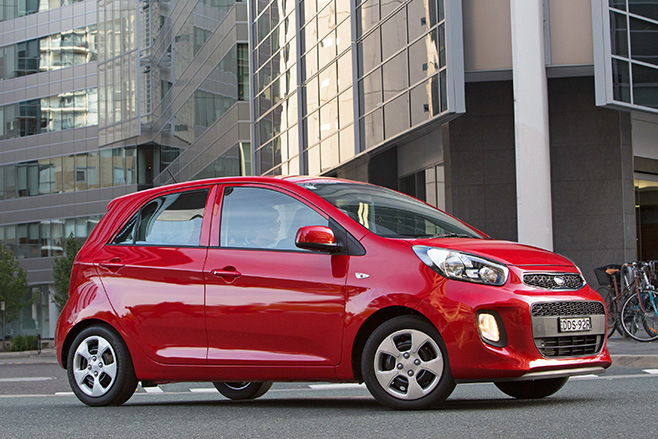 Suzuki’s Celerio remains the cheapest auto option of the major players, with a $14,490 driveaway cost.

The front-wheel-drive Picanto’s four-speed auto is teamed with a 1.2-litre four-cylinder engine offering above-average power and torque – 63kW and 120Nm – with fuel consumption that is slightly higher than the norm (5.3 litres per 100km). 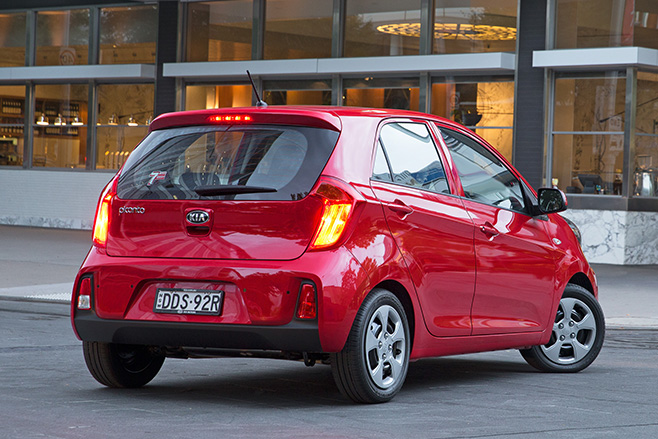 Rear parking sensors are also a rarity for a car costing $14,990 brand new, and are part of a features list including 14-inch steel wheels, black cloth seats, Bluetooth with audio streaming, electric windows front and rear, six airbags and a variety of electronic safety systems including stability control and anti-lock brakes.

The longest warranty available in the segment – seven years – is also likely to be hugely persuasive for buyers.

The boot is one of the smallest in the class, at 200 litres. The rear seats split-fold, though, to create a total of 605 litres of luggage space when the rear seats aren’t required for passengers. 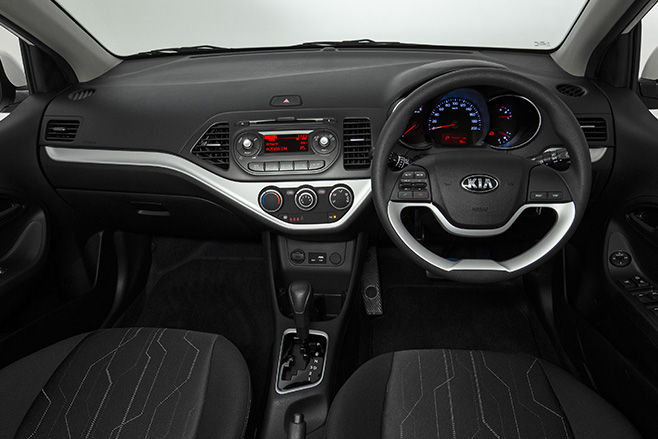 Seven exterior colours are available, though only one of them (Clear White) is a non-premium paint not costing extra.

Kia Australia has been contemplating the Picanto since it was launched in Europe in 2011. A 2015 update pushed it back into consideration, and the company is aiming for the Picanto to take over from the Mitsubishi Mirage as the segment best-seller.

The micro-car segment is currently shrinking, with year on year sales down more than 30 per cent.