After months of unofficial spy images, Land Rover has released the first official images previewing its next-generation Discovery set to make its world premiere on the eve of the Paris Motor Show on 28 September.

The new Discovery 5 will be the fifth generation of the full-sized seven seater SUV. Debuting in 1989 as a means to bridge the gap between the firm’s go-anywhere Defender and the upmarket luxury Range Rover, the Discovery quickly developed a cult-like status and has since sold more than 1.2 million units worldwide. 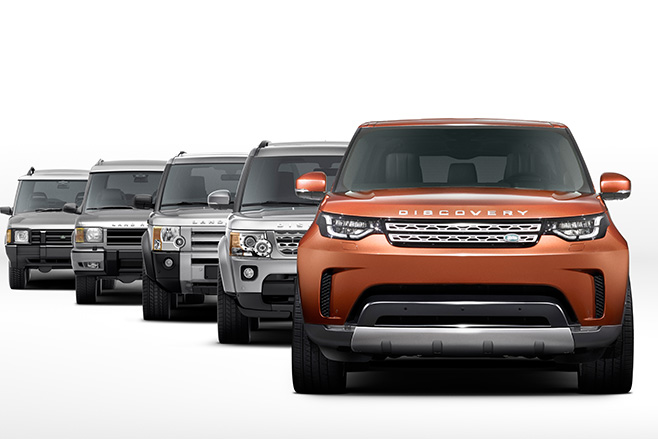 Looking very much like the then-futuristic Discovery Vision concept unveiled at the 2014 New York Motor Show, the next-gen Discovery boasts a lower, sleeker design than the current model. It’s likely to come fitted with the latest technology, too. To use Land Rover’s own words, the “design and engineering teams have revolutionised the Discovery DNA to create a highly desirable, extremely versatile and hugely capable premium SUV.”

From that we can assume the Discovery will still possess the excellent and often class-leading off-road ability it has become known for in recent time, but with more emphasis on a sportier on-road performance. Among other things, this will be achieved through replacing the current chassis with the much lighter aluminium unit used in the Range Rover line-up. The weight reduction should also result in better fuel economy and help the large SUV shed some of its current criticism gained for its relatively small 82L tank.

The Discovery 5 looks set to retain its unique and highly-regarded full-sized seven seater roominess, too, which is good news for the car’s wide ranging fan base.

Currently, the Australian-spec Discovery is powered by a turbo diesel V6 engine offered in two different states of tune, but we’ll have to wait until closer to the car’s Aussie launch next year when Land Rover Australia will confirm the specifications slated for the Aussie market.