The addition of two extra seats in SUVs are a popular choice for growing families. We take a look at the seven best seven-seaters available in Australia.

If you’ve got a lot of mouths to feed, life can seem a bit like it’s running at cartoon speed. The weekly groceries cost an arm and a generous chunk of your leg, utility bills seem to have the decimal point in the wrong place, mortgages are now something you’ll pass on to your kids and you spend a lot of your time ferrying your offspring from place to place.

And, adding insult to financial injury, you’ve got to lay your dreams of a fun and involving car to rest. Or do you? 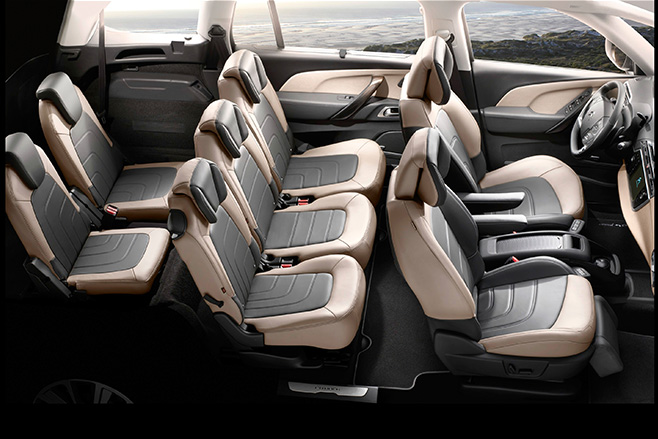 While previous generations had to suffer with the choice of ‘station wagon or walking’, there are no fewer than 45 large-family capable cars, SUVs and vans to choose from in the modern new-car market.

That’s not to say they’re all brilliant. Some are little more than a work van with more seats and a few more air-conditioning vents, but a select few are genuinely the motoring equivalent of a Swiss Army knife.

We’ve selected the seven best seven-seaters on the market today, because if you’ve got that many children, you need all the time-saving help you can get.

Sure it might not be the first car you thought of, and it might even be one you’ve never heard of, but this rather daftly named people mover really is the pick of the Brady bunch. 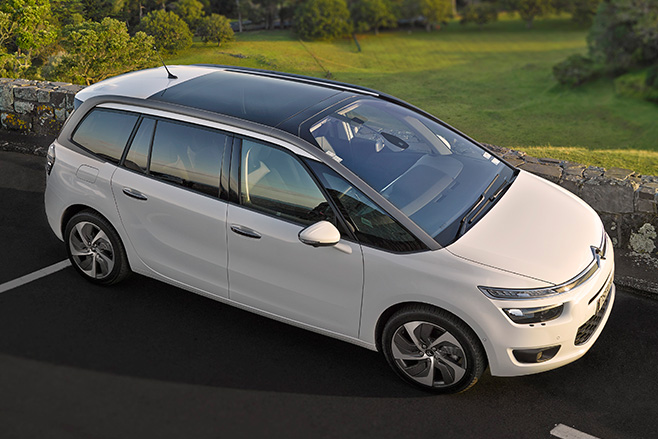 No other seven-seater looks this stylish, with its Iron Man-like face, created by sleek headlights, and its surprisingly neat and petite lines.

Inside, it’s stylish and modern, as the Picasso name suggests, with not one but two lush colour screens nestled in the sweeping dash, plenty of nice plastics and individual rear seats, some with adjustable divans and little picnic tables to boot.

With its economical and grunty little diesel engine it’s also incredibly good to drive for something built to ferry families, and is made better by a typically French, lush ride quality.

With a price starting at $44,990, it’s also something of a bargain for something so premium in feel and style. Vive la France.

The far more common pick for people in this market is the trusty and Japanese-stamped with reliability Honda Odyssey.=

The newest Odyssey has grown markedly from previous generations and is one of the few offerings that’s also available with eight seats. 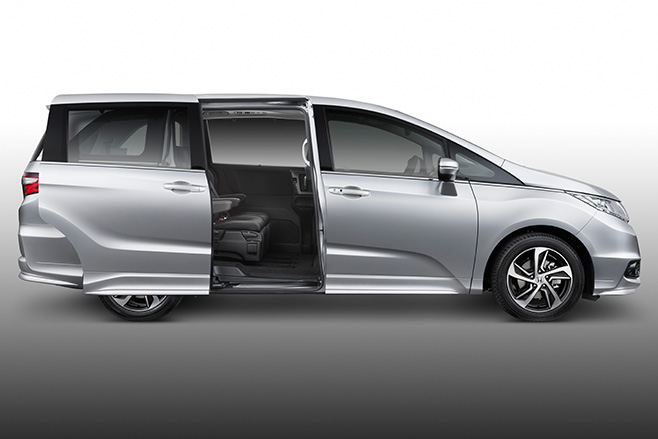 And, with Honda’s recent price cuts to the range, the most expensive model can be yours for the price of an entry-level Toyota Tarago.

The new look does away with the svelte, wagon-like proportions of previous models, moving firmly towards a bus-based design. It’s not the prettiest thing you’ll ever see on the road, but the upside is that inside the cabin there’s enough room for a rugby scrum to form.

Typical Honda quality abounds as well, placing the Odyssey somewhere between dried Weet-Bix and cockroaches on the scale of indestructibility.

The X5 is our pick for luxury, but you’ll have to head to the options list to even make it a seven-seater. With typical BMW-level materials, build quality, steering feel and opulence, it definitely makes a convincing case, at least for the first- and second-row passengers. 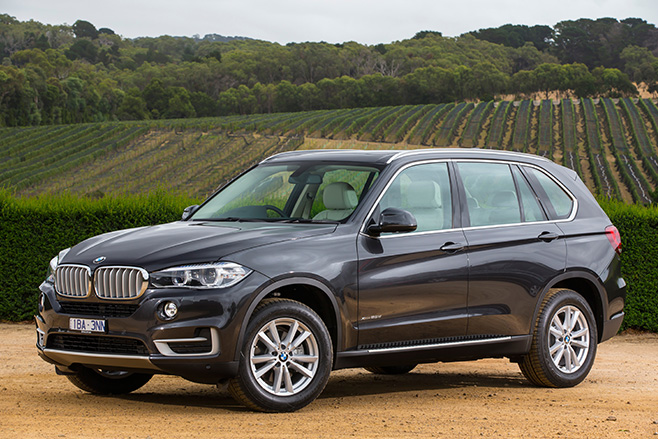 However, even with third-row seating, consider the X5 more of a temporary seven-seater for anything more than smaller children, or people you hold a grudge against.

The X5 does a great job of concealing its family-hauler status under big, bluff off-roading looks and the cachet of a $95,000 German SUV, neatly sidestepping the social stigma of being a people mover.

It’s a genuinely sporty, muscular thing to drive, too.

Ask a Family Feud-style panel of Australians to name a people mover, and the Toyota Tarago will be top of the list every time and with good reason. Since its debut in 1983, Toyota has sold more than 100,000 of them, to taxi companies and families alike, which, considering each one can deliver about a million kilometres of service with ease, means you see a lot of them around. 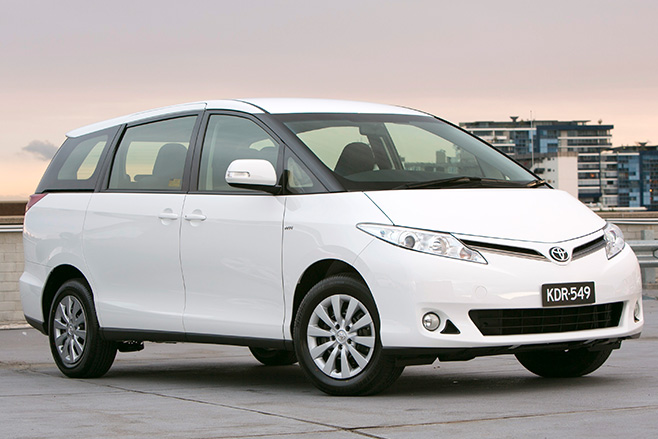 The Tarago’s peak popularity arrived with the cheap, practical and much-loved blob of the mid-1990s, but the upward march of the list price forced potential buyers to search elsewhere.

Unfortunately for Toyota, the equally spacious and Japanese Honda Odyssey starts at just $37,610. Were it not for its inflated price, the Tarago might still be the default choice.

A perennial favourite in the ‘people movers that don’t look like buses’ category, the XC90 is hugely popular in Australia’s more image-conscious suburbs. To attempt the school run without one in Sydney’s Vaucluse would be social death.

The XC90 (it stands for X Country) has recently undergone a full makeover, upping the starting price by an eye-watering $20,000 – enough to take it out of contention for a lot of families, yet make it even more attractive in Vaucluse. 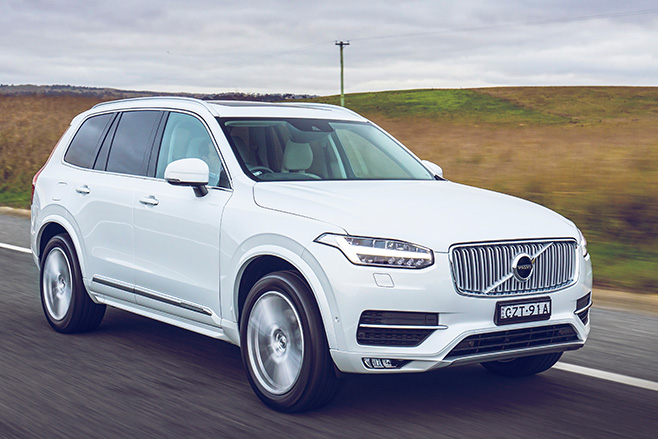 The newer, longer, wider model has certainly moved upmarket to earn its hefty $90,000 to $125,000 price tag, sporting interior appointments that wouldn’t look out of place in Ikea.

And, being a Volvo, the level of active-safety equipment is unparalleled.

Its wider stance also means that third-row passengers finally have enough shoulder room, which is sure to ease the rear-seat rumbles on longer road trips.

As the once dominant Toyota Tarago’s price climbed over the past decade, it left an average-family sized hole in the market, which the Kia Carnival drove straight into.

The good news is that with each successive generation, the big Kia bus has improved, from the quality of its interior fittings to its raft of standard-fitment goodies. 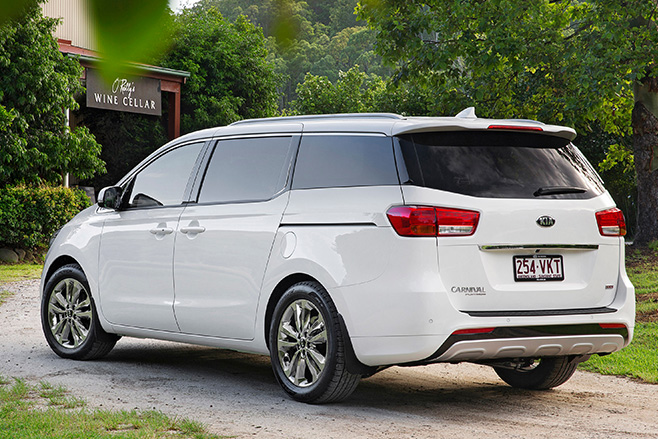 The latest Carnival replaces the Carnival/Grand Carnival line-up with just one model. The smaller Carnival is now consigned to the history books, along with the larger Grand one. Now available in one even grander than Grand spec only, with enough interior space to recreate key scenes from Lord of the Rings, it will take your family and their luggage, and offers eight seats.

Overall, for the money, you get excellent value.

Pretty much everything Mazda makes is as popular with Australians as cooking outside and swimming, and its big-hitter, the CX-9, is no exception.

It scores highly for value, safety, comfort and performance, and manages to look a bit edgy and stylish as well. 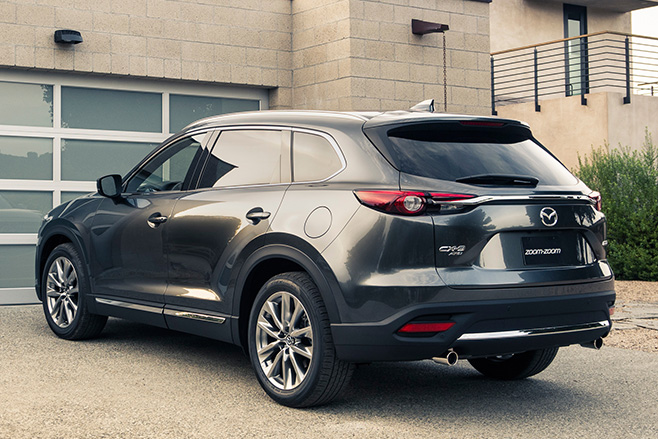 As usual, Mazda’s pricing is also sharp, with the $43,770 base model loaded with inclusions and the same engine as the top-spec variant, as well as a full complement of safety gear like airbags for all three rows. The price climbs quickly, though, topping out at $61,680 for a seven-seater with all the mod-cons.

Thanks to its size, the CX-9 can carry a full family in comfort, unlike others in the segment, for which the third-row seats are more of a part-time offering. There are air conditioning vents for the third row, a feature absent from a lot of its competitors,.

A new model is due in mid-2016, the first major update to the CX-9 since its debut in 2006. A new engine promises all of the performance of the original, while using a fraction of the fuel.