Handling and cosmetic updates to the Clio’s sportier siblings unveiled; with Renault anticipating a 2017 release for Aussie buyers.

Following on from the newly announced updates to Renault’s Clio hatch, the French manufacturer has also unveiled revisions for the model’s sportier RS and GT variants, set for release some time next year.

All models boast updated external styling which, as expected, adopts features from the firm’s RS 16 concept hatch revealed at this year’s Monaco F1 Grand Prix. So as well as tweaks to the bumpers, taillights and headlights, the RS line also features the foglight design which debuted on the concept car, where the fog, driving and cornering lights are laid out in a neat-looking chequered flag design mimicking the Renault Sport’s logo. 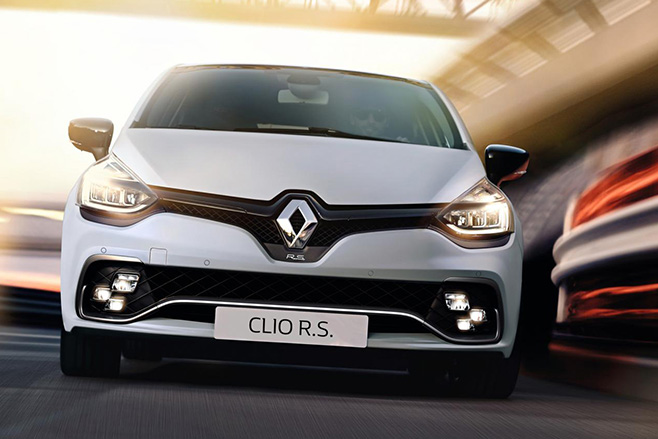 Updates to the model’s GT line — which forms a stepping stone between the base-model Clio and the more sports-focused RS trio — include dark metal highlights to the bumper-mounted air scoops; side sills and rear bumper insert; a chrome exhaust, and a choice of 16 or 17-inch wheels. Tweaks to the interior see a perforated-leather steering wheel and a set of aluminium pedals added.

The three-tiered RS line is powered by the same turbocharged 1.6-litre petrol engine as the GT but offered in two states of tune, depending on which chassis variant is chosen; Sport, Cup or Trophy. 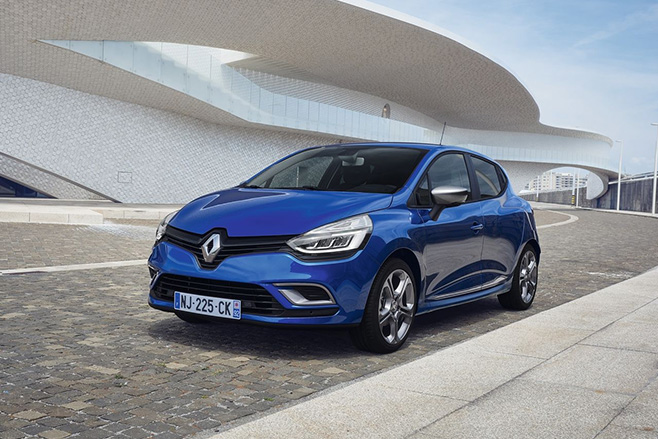 Starting with the Clio Sport, its engine has an output of 147kW and 240Nm of power, uses the firm’s dual-clutch six-speed automatic transmission found in all four models and is available with either 17 or 18-inch alloy wheels.

The Cup differs from the Sport in a couple of ways. While it’s powered by the same 147kW/240Nm engine as the Sport, its chassis is slightly stiffer to better cope with a more sporty style of driving and it comes fitted with the 18-inch wheel option only.

The top-of-the-line Trophy’s turbocharged 1.6-litre petrol engine is capable of 162kW/260Nm, it’s 10mm lower at the rear and 20mm lower at the front for both a sportier stance and better handling. As well as steering wheel-mounted paddle shifts, the Trophy also features an Akrapovic sports exhaust system and also only available with 18-inch wheels. 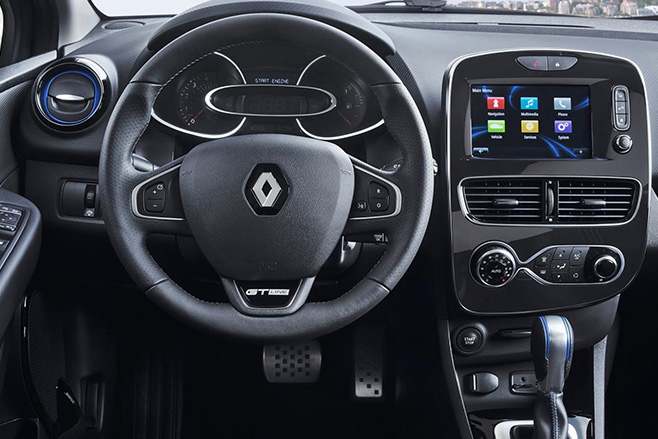 Renault Australia wasn’t prepared to comment on exactly when the updated models might hit Australian dealerships, but indicated to WhichCar that prospective buyers would need to wait until 2017.

“We will introduce updates to the range, however it won’t be this year so it’s too early to discuss details,” the firm’s Mel Cross said.