Toyota Corolla Hybrid cuts hatch’s fuel use by a third

Fuel consumption details for Toyota’s new Corolla Hybrid model have been released, and boast a tempting set of numbers.

The Toyota Corolla Hybrid has cut the hugely popular hatchback’s fuel consumption by a third.

Toyota has released full details for its new petrol-electric variant a week after WhichCar reported the model would be priced from $26,990

The Corolla Hybrid borrows its drivetrain from the Prius to achieve an official combined fuel consumption figure of 4.1 litres per 100km – two litres lower than the regular petrol-engine versions of the five-door.

Despite the fuel tank shrinking by five litres to 45L, the efficiency extends the Corolla’s theoretical driving range by almost 280km to 1097km.

The Corolla Hybrid’s 1.8-litre four-cylinder petrol engine and electric motor produce a combined power output of 100kW. This is slightly less than the 103kW of other models that use a different four-cylinder of the same engine capacity, that doesn’t require premium unleaded. 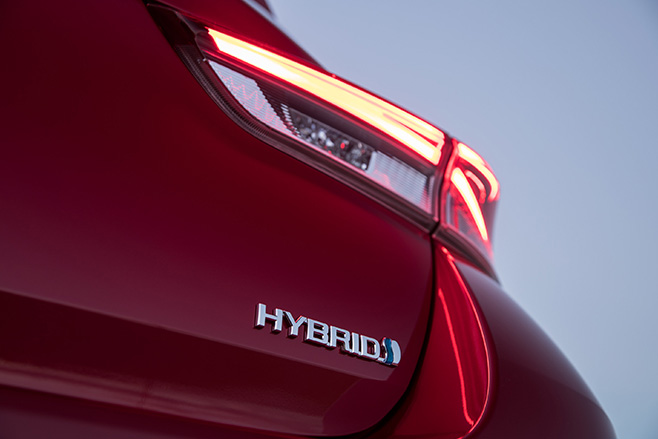 Toyota doesn’t provide acceleration figures, though the Hybrid is likely to be handicapped by the extra weight of its special components. They add 90kg to the kerb weight compared with the range-topping, $28,990 ZR hatch model it shares most of its standard equipment with.

Boot capacity remains at 360 litres because the Hybrid’s battery pack is positioned under the rear seat.

The Hybrid is the most advanced Toyota Corolla beyond its more fuel-efficient drivetrain, which offers limited electric-only motoring. It also features electronically controlled brakes, larger front brakes, and a fully independent rear suspension instead of the torsion-beam set-up of other variants. Such double-wishbone suspensions are typically more expensive but provide superior ride and handling qualities.

The Corolla Hybrid has been available for a number of years in other markets, but now becomes the fifth Toyota hybrid model to be offered in Australia.