The Toyota Prius marks 20 years of production in 2017, here’s a history lesson

This year is the twentieth anniversary of the Toyota Prius. Its official birthday is in December, but to get the celebrations started Toyota has released a treasure trove of information about its quiet achiever. So unpack your party poppers and get ready to learn all about one of the world’s least-appreciated, yet one of its most important vehicles.

Few cars have been both hated and celebrated as much as the Toyota Prius. It’s simultaneously earned itself the ire of enthusiasts for being the diametric opposite of “a driver’s car”, yet there’s no shortage of vocal supporters for Toyota’s hybrid hero. Hell, the name “Prius” is virtually a synonym for “hybrid” these days (it’s actually Latin for “to go before”), and there’s no disputing its role in moving hybrids from niche to mainstream.

It wasn’t Toyota’s first effort at creating a hybrid, however.

One of Toyota’s earliest experiments with hybrid propulsion involved engineers jamming a jet engine into the tiny Sports 800 two-door, to run a generator which in turn supplied volts to an electric motor. The Prius would never be as cool as a jet-powered sports car though. 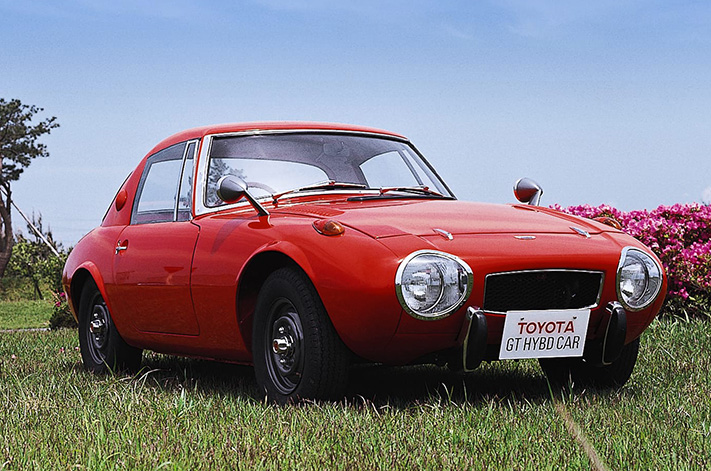 Nor would it be Toyota’s first road-going hybrid vehicle. That honour goes to the Coaster Hybrid EV minibus, which launched just a few months before the Prius in August 1997. Technically, it’s the Coaster Hybrid’s birthday that we’re celebrating here.

But it would still be a game-changer. Petrol-electric hybrids weren’t exactly a new idea by the time the first-generation Prius launched in Japan in 1997, yet the Prius did something that other manufacturers had so far failed to do – it made hybrids not only available, but affordable. A claimed average consumption of 3.57L/100km was revolutionary for the time too. 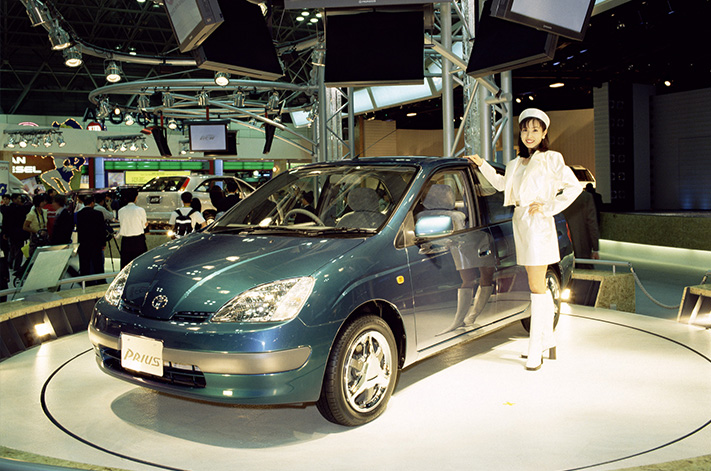 A US launch followed in 2000 (we never received that blobby first-gen Prius sedan), while the second-generation Prius took hybrid Toyota tech global in 2003. This was this car that established the aerodynamic arched roof profile that would later typify the Prius, and it was the model that would eventually make the Prius a household name.

Its claimed average fuel consumption of 2.8L/100km helped, but Hollywood also had a big part to play in the Prius’ fortunes. Celebrity owners keen to wear their eco-friendliness on their high-profile sleeves adopted the Prius as a status symbol, with the likes of Harrison Ford, Matt Damon, Julia Roberts, Natalie Portman and Leonardo DiCaprio all spotted behind the wheel of Toyota’s hybrid hunchback. Its aero-optimised shape was unmistakeable in traffic – a handy thing for when you want people to notice your choice of wheels. 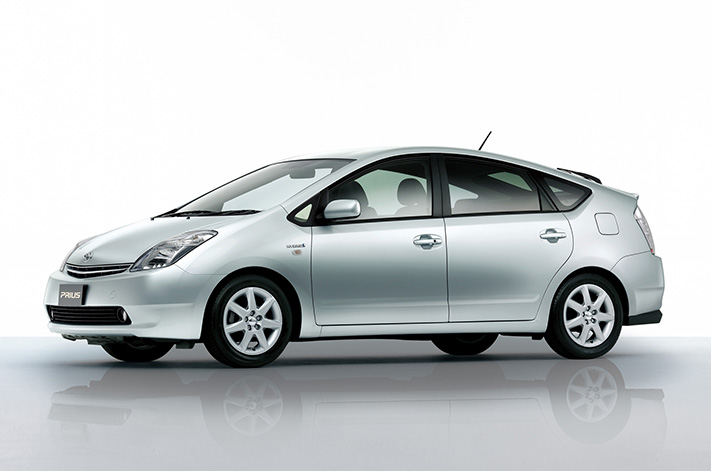 The Honda Insight - for a long time the Prius’ only true rival - also sported a similar shape, but it never enjoyed the same level of popularity as the Toyota – at least not outside of hybrid-mad Japan.

A third-generation Prius launched in 2009, with its Atkinson-cycle engine growing from 1.5 litres to 1.8 litres while average consumption fell to 2.6L/100km. By now, the technology aboard the Prius was starting to look old. Nickel-metal hydride batteries only supplied enough juice for a few kilometres of EV-mode travel at most, but this generation did see the gradual introduction of lithium-ion batteries as well as more than one body style. 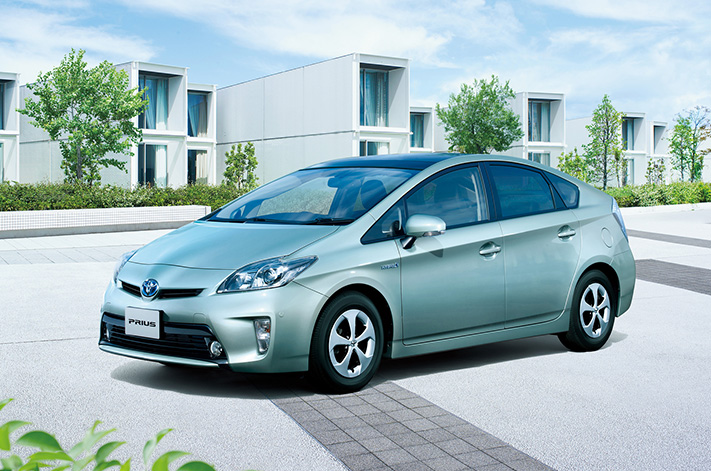 The Prius C was introduced as a city-sized budget option, while the Prius V offered a seven-seat capacity in a wagon bodystyle. We got all three in Australia, but the plug-in hybrid Prius Prime, with an EV range of some 23km, was only for select overseas markets.

The fourth-generation Prius arrived in Australia in 2016, one of the first models to be built on Toyota’s TNGA modular platform. The format was familiar, but enhanced through a lower centre of gravity, stiffer bodyshell and all-independent suspension that was designed to impart some handling talent. 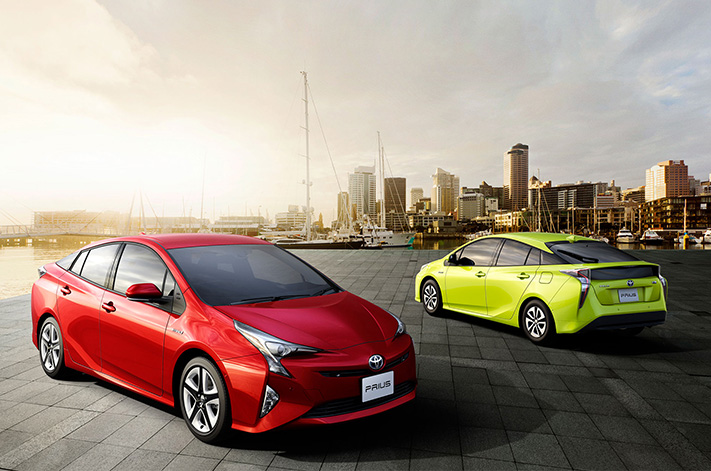 Frustratingly, the plug-in variant – now dubbed Prius Prime – remains out of the reach of Aussie motorists.

Successors for the Prius V and Prius C have yet to present themselves, but with the Prius being a key model for Toyota – it routinely appears at the top of sales charts in Japan – the love-it-or-hate-it hybrid isn’t going away soon.

And since its arrival 20 years ago, the Prius has helped Toyota sell over 10 million hybrids across the world. Toyota claims its hybrid fleet has generated reductions in vehicular CO2 output of 77 million tons over the past 20 years. Not a bad achievement – even though the celebs of today are more likely to be seen behind the wheel of a Tesla than a Toyota. 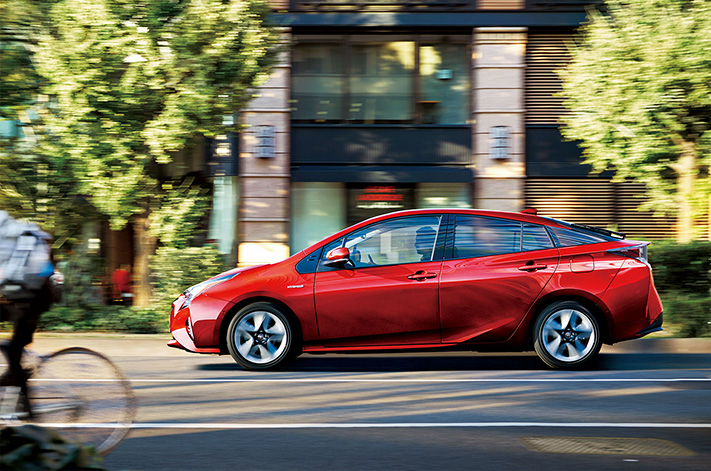 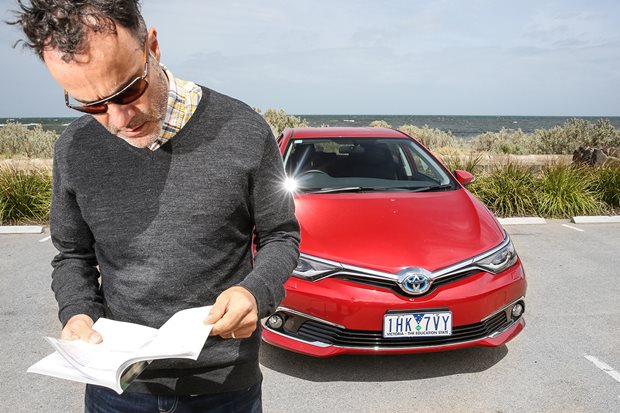