The Toyota RAV4 Mountain Rescue is a radical off-roading concept 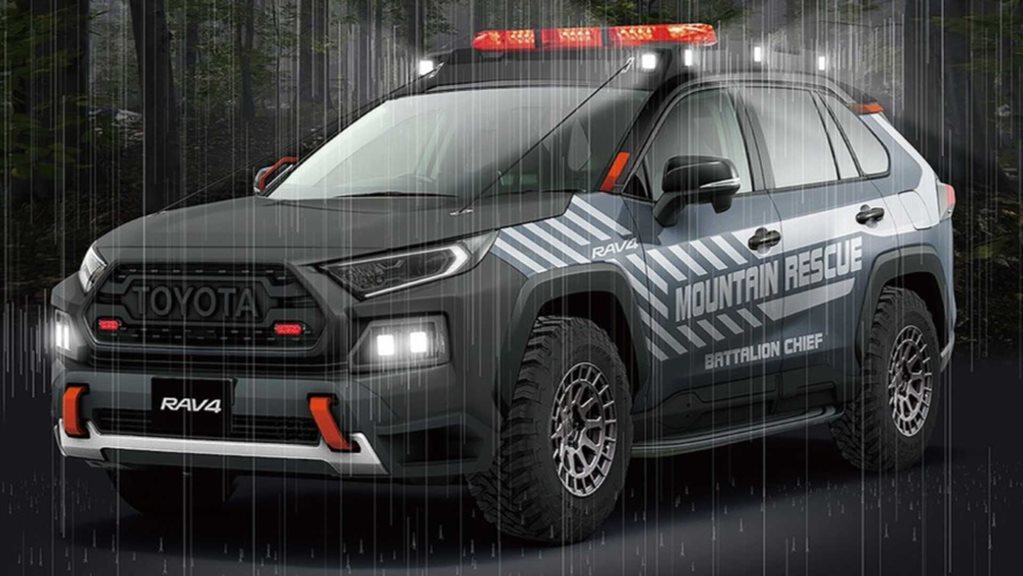 A RAV4 for weekend warriors and rescue teams

Toyota has unveiled a radical new concept of its family-friendly RAV4 SUV, and it’s bucking the trend of the marque’s regular suburban remit.

Called the RAV4 Mountain Rescue, this wild concept looks like it has been ripped right off the set of the next Jurassic Park film, and it’s got the technical chops to back up the buff aesthetic bravado.

There’s an almost obligatory matte black paint work, and the Japanese manufacturer has seen fit to adorn this RAV4 with bold decals that read “Mountain Rescue” and “Battalion Chief”, but the tough SUV also gets a bunch of features that would come in handy halfway up Mount Fuji. 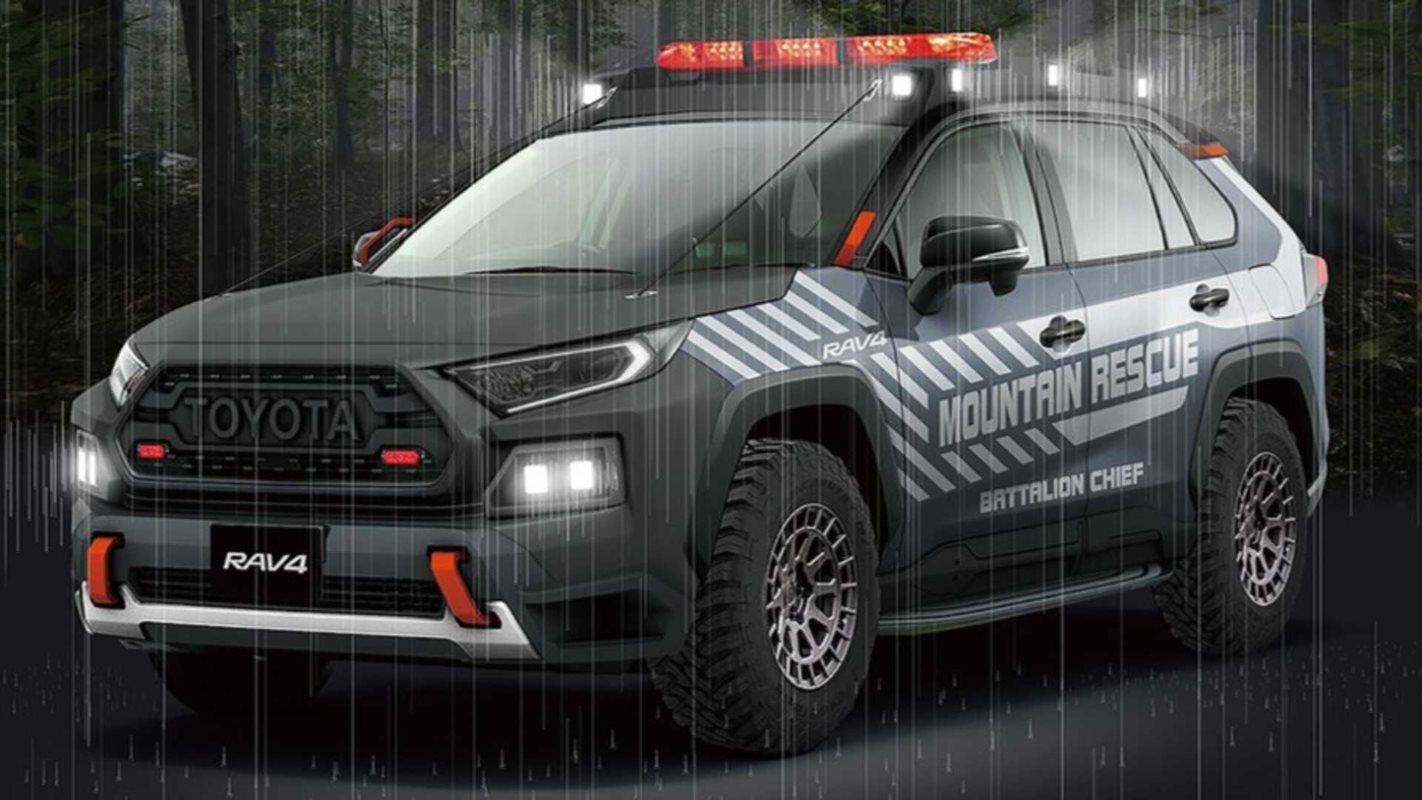 Big tow hooks protrude from either side of its front bar, and bright red grab handles sit proudly on the car’s A-pillars.

The roof racks are fitted with powerful spotlights, while the SUV sits on big off-road tyres, and appears to have had a pretty significant lift performed to the suspension.

The Mountain Rescue is also fitted with enough connection slots to cater for just about every gadget you could imagine, whether it be a camera, lamps, speakers, Lidar or even a drone. 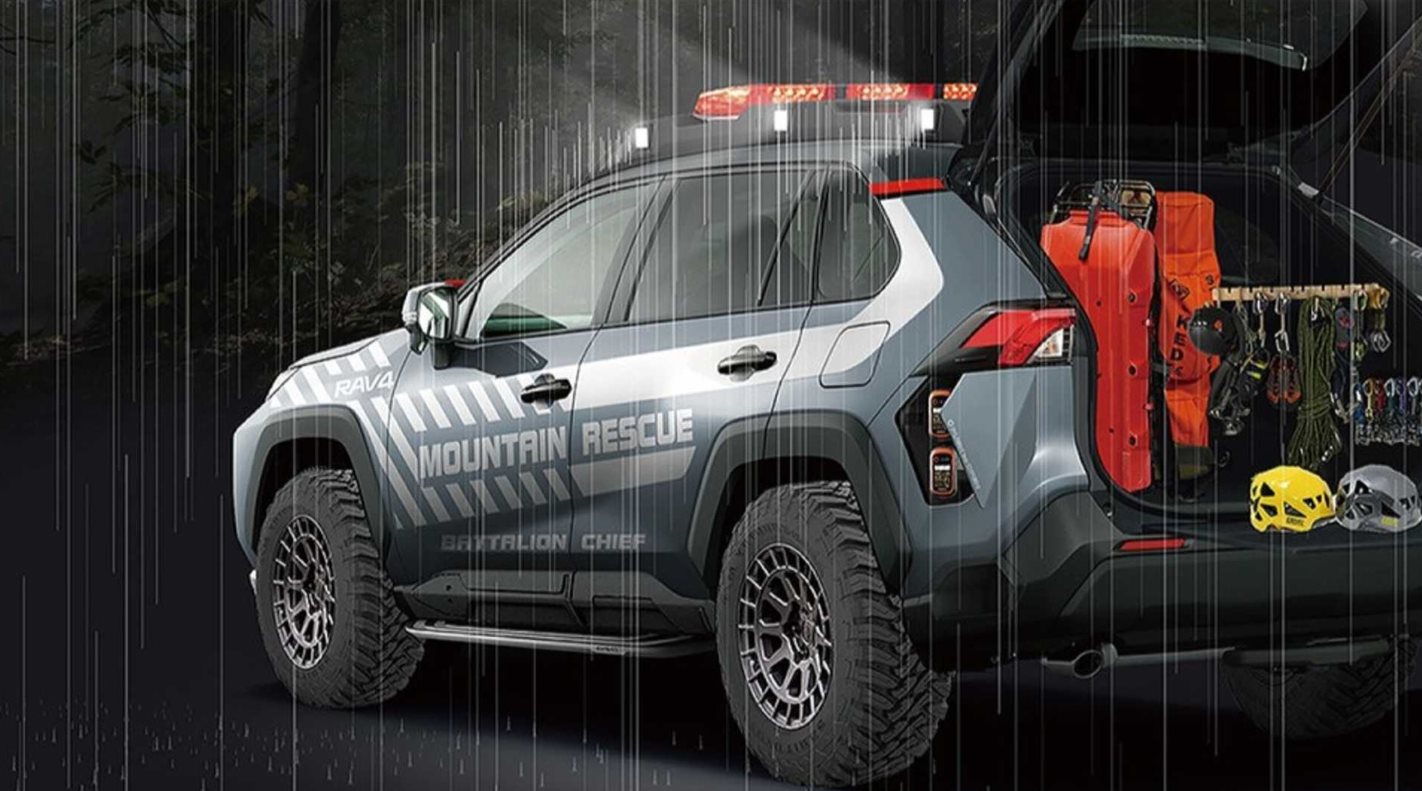 Toyota was originally meant to unveil the radical RAV4 at the 2021 Tokyo Auto Salon, however, when that event became online-only, the manufacturer switched tactics and will now officially preview the car in the city of Takaoka on March 13.

Although it's only a concept at this point, there’s no denying the SUV’s imposing presence – it just looks like it was built for exploring – and it would be safe to assume that if Toyota decided to make the Mountain Rescue, it would sell.