The German establishment is in Sweden’s crosshairs with the box-fresh S90 sedan.

VOLVO will return to the local large luxury arena in October with the S90 sedan, followed in the first half of next year by the V90 wagon variant.

Priced from $79,900 plus on-road costs, the 541 (sedan) and 542 (wagon) series will be the second and third vehicles respectively based on Volvo’s SPA Scalable Product Architecture, after the latest XC90 released last year. Both will mirror the seven-seater SUV’s 2.0-litre four-cylinder petrol and diesel mechanical specification. 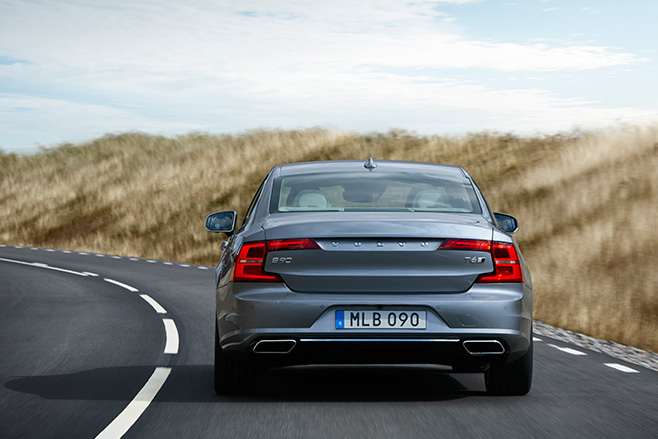 Volvo Cars Australia (VCA) will release V90 pricing closer to its second-quarter 2017 launch – but expect to pay up to $2000 more for the more practical body shape – while the 304kW/640Nm T8 Twin Engine petrol-electric flagship variants due around the same time in both models will up the ante by around $20,000. R-Design editions are also in the pipeline.

The expected 543-series V90 Cross Country offshoot will arrive in the second half of next year, further boosting the Swedes’ assault on the BMW 5 Series, Audi A6, Mercedes-Benz E-Class, Jaguar XF, Lexus GS, and Infiniti Q70 competition.

While some 60 percent of S90/V90 parts are shared with the XC90, the newcomers do usher in a few key fresh technologies that are also now being built into the SUV, including ‘Run-Off Road Mitigation’ that senses the edge of the road as well as painted lines to help keep the vehicle on track, ‘City Safety Large Animal Detection’ (namely for Nordic wildebeest), and a patented turbo enhancer on the D5 engine variants that uses a small compressor to force more air into the turbo’s turbine wheel. 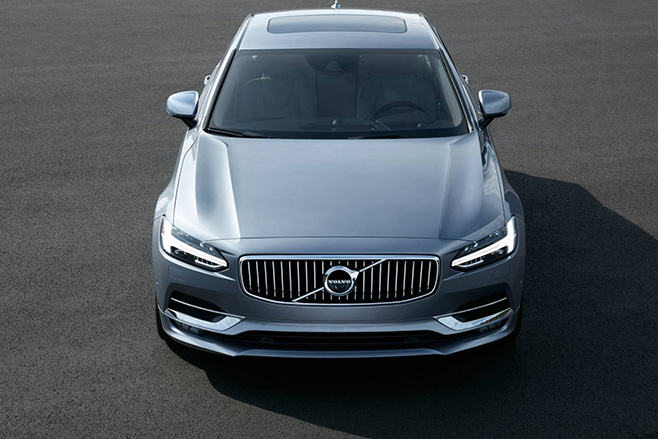 The Inscription adds AWD, 19-inch alloys (up from the base 18s), Nappa leather, ambient lighting, and walnut inlays. Note that DAB+ digital radio, 360-degree camera view, a head-up display, and Apple CarPlay are all part of a $3000 Technology Package option.

Along with the XC90, Volvo reckons the S90/V90 are the safest vehicles in the world, boosting the Swedish brand’s chances of cracking the notoriously tough large luxury segment. 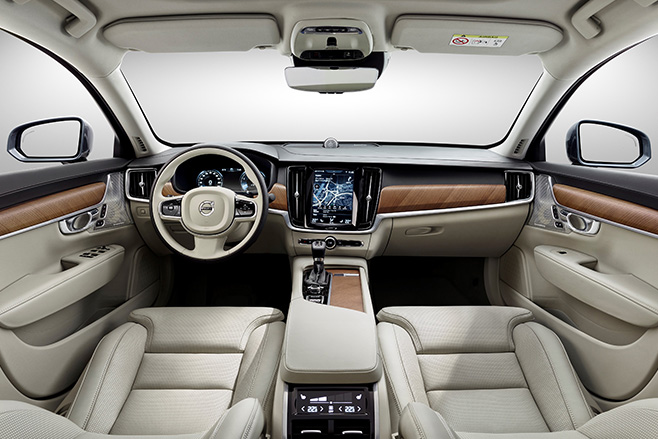 “The measure for success is for us to be considered in that segment,” according to VCA PR director Greg Bosnich.

“Until now we’ve been renowned for the SUVs and wagons. This is the first foray into true prestige sedan segment for Volvo, with the S90 providing the platform.”