We’re fortunate in this country that we don’t have to pay for free-to-air television (the Poms get stung with a “TV licence” every year), because it would be a lot like paying to have your intelligence insulted.

Imagine if we did have to cough up, and every year the price rose, by more than inflation, even though the turgid slop of mindless excrement being smeared on our screens is clearly getting worse, and cheaper to make (hello reality TV, where the talent is free, and without actual talent).

This would make television almost as financially painful as Australia’s toll roads, and particularly the ones in Sydney, which are allowed to raise their fees (at least in the case of the M2 and Eastern Distributor) by 4 per cent every year, even though they’re getting more clogged and bowel-like with each passing month even though Transurban, the company that benefits, has to spend precious little to reap those rewards.

Transurban rakes in money from toll roads all over the country, and its profits have surged by almost 14 per cent in the year to June, hitting a staggering $799 million.

Meanwhile, the cost of being on the road for the Aussie motorist – once you take into account our onerous rego fees, insurance, high petrol prices and the fact that we pay more for new cars than other first-world countries – is spiraling higher and higher. 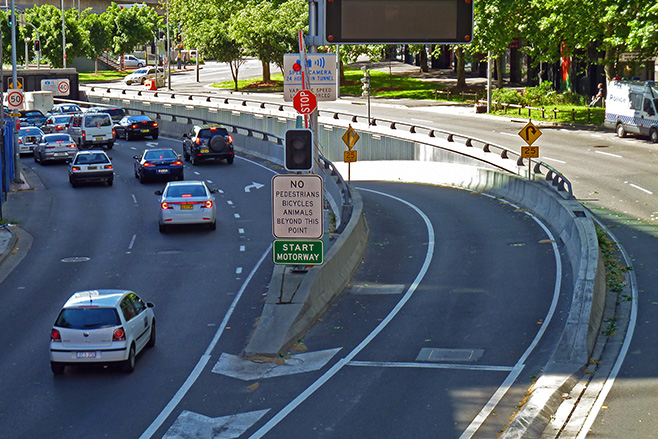 Transurban chief executive Scott Charlton, who probably doesn’t think much about the average Aussie motorist’s woes, because his personal income rose this year from $5.76 million to $6.28m, says it’s not his company’s fault that it charges Sydneysiders so much.

He says it’s all the fault of the State Governments which signed some very foolish deals allowing Transurban to continue to kick motorists in the hip pocket with above-inflation annual increases. On the plus side, those agreements only run until 2048, in the case of the M7.

“We are just administering what the State Governments set up,” Mr Charlton kindly explained to Fairfax Media. “It is customers' choice whether they believe [the toll roads] are value for money by paying that toll. At the end of the day that is their choice.”

And he’s right, kind of. We could choose to use intelligently planned toll roads that have more than two lanes to funnel all of greater western Sydney through a tiny, polluted tunnel into the city each day. We could, but there aren’t any.

Or we could, and should, choose to be outraged by the lack of forward-thinking that allowed people to build such finitely foolish toll roads in the first place, so that we’re left to fume as they spend time and money widening both the M2 and M5 to the point where they’re still not wide enough.

It’s a lack of forethought that’s not unique to Sydney’s roads, of course, but the stupidity is more glaring in a city that proudly proffers the Sydney Harbour Bridge, opened in 1932 with the capacity to carry six lanes of traffic, and a train track, even though there was absolutely no need for it at the time. 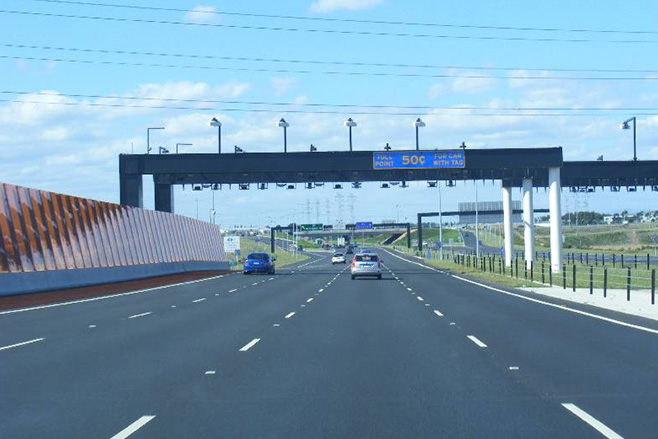 An incredibly smart Australian called Dr JJC Bradfield had calculated in the early 1900s when he proposed the bridge, the capacity would eventually be necessary, and that not planning for it would be as dim-witted as walking into a snowstorm with no clothes on.

Toll roads are never going to be popular, but the original idea behind them was that the money was to be collected until such point as the project that built them was paid for, and then the tolls would be removed. Remember that kind of thinking?

Instead, today, the tolls go up every year, purely to line the pockets of private industry, and very handily so in the case of Mr Charlton.

If the toll roads were great – i.e. well planned, at least three lanes wide and perfectly surfaced – perhaps it wouldn’t hurt so much to pay.

Indeed, I can tell you it doesn’t, because I’m currently in Italy – having fled the huge-cost-of-living Sydney for a while – and the tolls here are extremely steep, and paid by the kilometre when it comes to using the nation’s freeways.

But it feels almost worth every Euro, because the roads are brilliant, you’re allowed to sit on 140km/h, and more often than not you get where you’re going quickly and efficiently.

In Australia, and Sydney in particular, with its quickly expanding population and distinct lack of planning, the only certainty is that things will get worse. And that when they do, we’ll be charged even more for them.