In real – or even unreal – terms, new cars have never been cheaper. The team at Wheels explore how Australian new car prices have remained affordable.

While proposed grey import laws have been canned (see above), it turns out we’re already getting better value than ever.

While the prices of just about everything have been constantly on the rise, many cars are still frozen at levels of 20 years ago.

In short, as we tell each other constantly, Australia is bloody expensive these days, except for cars, which are absolute bargains.

At the volume end of the market, the cheapest Toyota Corolla you could buy in 1995 was a five-speed manual hatch for $22,870, while the comparative model today, with much more standard equipment and six speeds, is just $19,490. 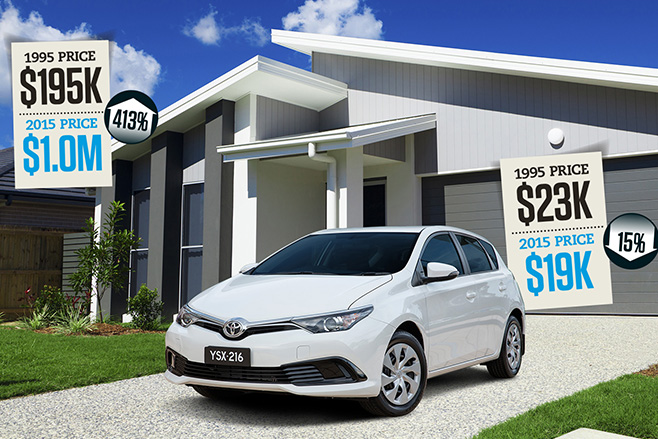 So how is this economic miracle achieved, and are cars really the only things that have defied market forces on price?

CommSec chief economist Craig James says that, while it certainly feels like everything has gone up, there are other exceptions.

“The ABS stats tell us that clothing, footwear, small electrical items, computers and TVs are also cheaper now than they were 20 years ago,” James explains.

“If you look at the features of a modern car, and the safety, you’re getting even greater value than the figures suggest, whereas a kettle back then was similar to one now.

“Car companies have managed this through the increasing efficiencies, production practices and advances in technology.”

James explained that if you widened the statistical net to take into account the growth in wages, and our spending power, the car/price equation looks even better.

It would have taken someone on the average wage 40 weeks to buy a Camry in 1997; today it would take just 17 weeks. 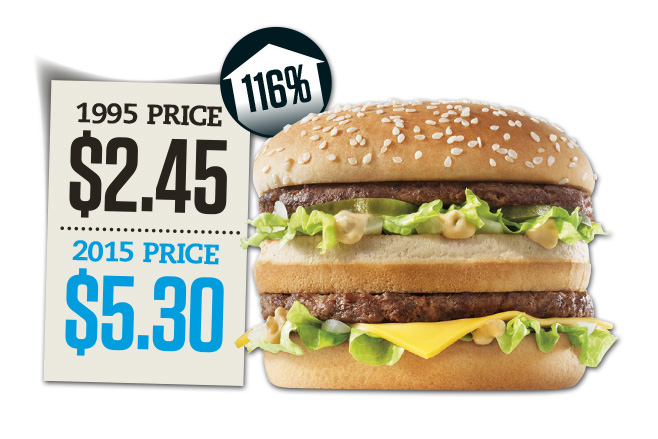 Toyota Australia sales and marketing director Tony Cramb points out that you need to factor in economies of scale.

“Toyota is producing more vehicles than ever before – we now build and sell 10 million vehicles a year, a 35 percent increase compared with 2005,” Cramb said.

Tariff reductions have also made a big difference to the price of imported vehicles.

Prices are also driven down by competition, Cramb points out, with total sales of just 1.1 million a year in Australia being fought over by more than 60 carmakers – a higher number of brands than you’ll find in the US or Europe. Aussie consumers have a choice of more than 400 models.

So forget those arguing, over the screams of protest from the car industry, that consumers need even more choice, and even cheaper cars.