Possibly no other big 4WD wagon matches the Toyota Prado for versatility: it can do the school drop-off one day and head outback the next. The Prado seats up to seven people, is very comfortable on a trip, and performs well off road. This review covers Prados sold prior to the model update of September 2015.

The four-cylinder diesel engine’s poor overtaking performance. Or if you go for the petrol engine, its thirst when worked hard.

Finding that friends can tow bigger trailers with their 4WD wagons: the Prado’s 2500kg limit is modest.

Five-door wagon only. All but one version has seven seats. The exception is the least costly, the GX, which offers a choice between seven seats and five.

There is also a limited-edition Altitude model, which has its spare wheel mounted under the vehicle rather than on the rear door. It is based on the GXL automatic turbo diesel. The relocated spare has implications outlined below.

All Prados have dual-range, full-time four-wheel drive. The Prado is classified as a large SUV, lower priced.

What features do all Prados have?

Polished aluminium-alloy wheels (yes, the shiny ones), which are generally lighter and look nicer than steel wheels.

On all models, the doors can be opened as long as you have the key in your pocket or bag. To start the engine, you push a button. Toyota calls this Smart Entry and Smart Start.

The turbo-diesel engine is the most fuel-efficient by a comfortable margin. In the official test (printed on the windscreen sticker) it uses 8.5 litres/100km with the automatic gearbox, and slightly more with a manual. In real-world driving there is little between the two gearboxes for fuel use.

The bigger, V6 petrol engine is more powerful but uses more fuel, officially 11.5 litres/100km. In practice, the petrol engine does not use much more fuel than the diesel when cruising comfortably down the highway. But it gets thirsty in stop-start urban driving, or when worked hard on hills, towing, or off-road. It gives its best on premium unleaded petrol but will run just fine on regular unleaded.

If you want the six-speed manual gearbox, the less costly GX and GXL variants with the diesel engine are your only choice. Otherwise the five-speed automatic is the standard gearbox with both engines.

The petrol engine is not available in the GX or Altitude models.

The least costly version, the GX, offers the third row of seats, and curtain airbags for their occupants, as options. Step up to the GXL and both are standard.

The GXL also gains side steps, which make it easier to get in and out of the car, and roof rails for mounting luggage systems. It also has front foglights, a cargo blind to hide whatever you may have in the cargo area, and rear parking sensors.

Spend more for the VX and your best additional feature will be its Kinetic Dynamic Suspension System, which gives both flatter on-road handing and more off-road capability. KDSS works by automatically adjusting the tension on the suspension’s anti-roll bars.

You also get touch-screen satellite-navigation, leather-trimmed and heated seats, a premium sound system, and front parking sensors. The third-row seats can be deployed and retracted electrically.

At the top of the range, the Kakadu adds a Pre-Crash Safety System, which includes a form of automatic emergency braking. If it concludes that a crash may be imminent, it triggers an audio-visual warning, pre-tensions the front seatbelts, and if necessary adds brake pressure. If the brakes have not been applied, the system will brake for you.

The Kakadu also warns the driver of vehicles in blind spots to either side, and has radar-operated cruise control, which automatically slows the car to the speed of traffic in front.

There is a sunroof, a refrigerated box in the centre console, and the driver’s seat remembers your settings. A rear-seat DV-D entertainment system can help keep children occupied.

The Kakadu’s off-road specific features include a driver-switched lock for the rear differential, which can help you go further in difficult 4WD conditions. For such situations there is also Crawl Control, which automatically controls the accelerator and brakes at a speed you select: all you have to do is steer.

Multi-Terrain Select allows the driver to tailor stability control and traction control for different off-road conditions. The Kakadu also has self-levelling and height-adjustable rear suspension, and the driver can change suspension settings for a softer ride, or sportier handling.

Aside from the rear differential lock, the off-road specific features of the Kakadu add significant complexity of operation without doing much for the off-road capability, which is excellent anyway.

Although many people will like the look of the VX and Kakadu’s 18-inch wheels and their accompanying lower-profile tyres, they don’t ride as comfortably as the standard 17s and are more damage prone and less effective off-road.

The relocation of the spare wheel on the Altitude model has its advantages – see below – but it reduces fuel capacity from 150 litres to 87 litres, and makes the spare harder to get at.

Glacier White and Ebony (black) are the only two standard colours. All the rest are extra-cost options.

How comfortable is the Toyota Prado?

The Toyota Prado is roomy, well finished and very user-friendly. All the switches and knobs are large and easy to identify, while the major controls are light and easy to use. The only challenging aspect is the complexity and sheer number of switches on the top-spec Kakadu model.

Otherwise, this is a very easy car to operate and drive.

Seats in the Prado are supportive and comfortable, and nice places to be for even the longest trip. Compliant, soft-riding suspension and low road-noise levels enhance the comfort. Even on poor quality roads, or on gravel, this car can eat the kilometres without fatiguing the driver or passengers.

What about safety in a Prado?

The Prado is not a driver’s car. Its weight, height and soft, old-school suspension mean that it doesn’t like being pushed hard through corners, although models with KDSS suspension handle noticeably better.

The modest performance from the diesel engine also ensures that this isn’t a car for enthusiastic drivers. If you want more performance and don’t mind the poorer fuel economy, then opt for the petrol engine, although very few buyers go this way.

What enjoyment you get from driving the Prado will come from its on-road comfort and quietness, and proven reliability.

The Prado is also very capable off-road, and right up with the best in its class. It’s especially comfortable and easy to drive in 4WD situations.

The Prado is a big car and that is reflected in a spacious rear seat that can adjust fore and aft, for either more leg room or more luggage space. However, it’s still tight across the shoulders for three adults.

All models have air-conditioning vents for rear-seat passengers.

The Prado has a big luggage area, but third-row seats that fold down into the floor do eat into the overall cargo volume. The Prado can’t match the Land Rover Discovery’s cavernous luggage space but it betters Jeep’s Grand Cherokee.

The single rear door opens sideways and can be heavy to handle when the vehicle is on a slope.

The limited-edition Altitude model is more convenient here, as the rear door is lighter (no spare wheel attached) and the rear-glass opens separately.

The Prado’s towing capacity of 2500kg (braked trailer) is 1000kg shy of Discovery and Grand Cherokee.

Where does Toyota make the Prado?

All Toyota Prado models sold in Australia are made in Japan.

You might miss the extra performance and refinement of the more sophisticated powertrains in the Land Rover Discovery and the Jeep Grand Cherokee, which have V6 diesels with eight-speed auto gearboxes.

You might also miss the extra equipment at lower prices with the Grand Cherokee.

The diesel is definitely the way to go and unless you must have a manual, go for the automatic. The GXL spec has everything most people want, and even if you don’t need the third-row seats they will help with resale value. The VX has some good extras, namely the KDSS suspension, but there’s a big price hike. The GXL diesel automatic is the most popular variant by a good margin, and for good reason.

When did Toyota update this Prado?

The Prado reviewed here was superseded in September 2015 with a revised model that introduced a 2.8-litre turbo-diesel engine and six-speed automatic gearbox. The Prado Altitude was dropped from the model range at that time. 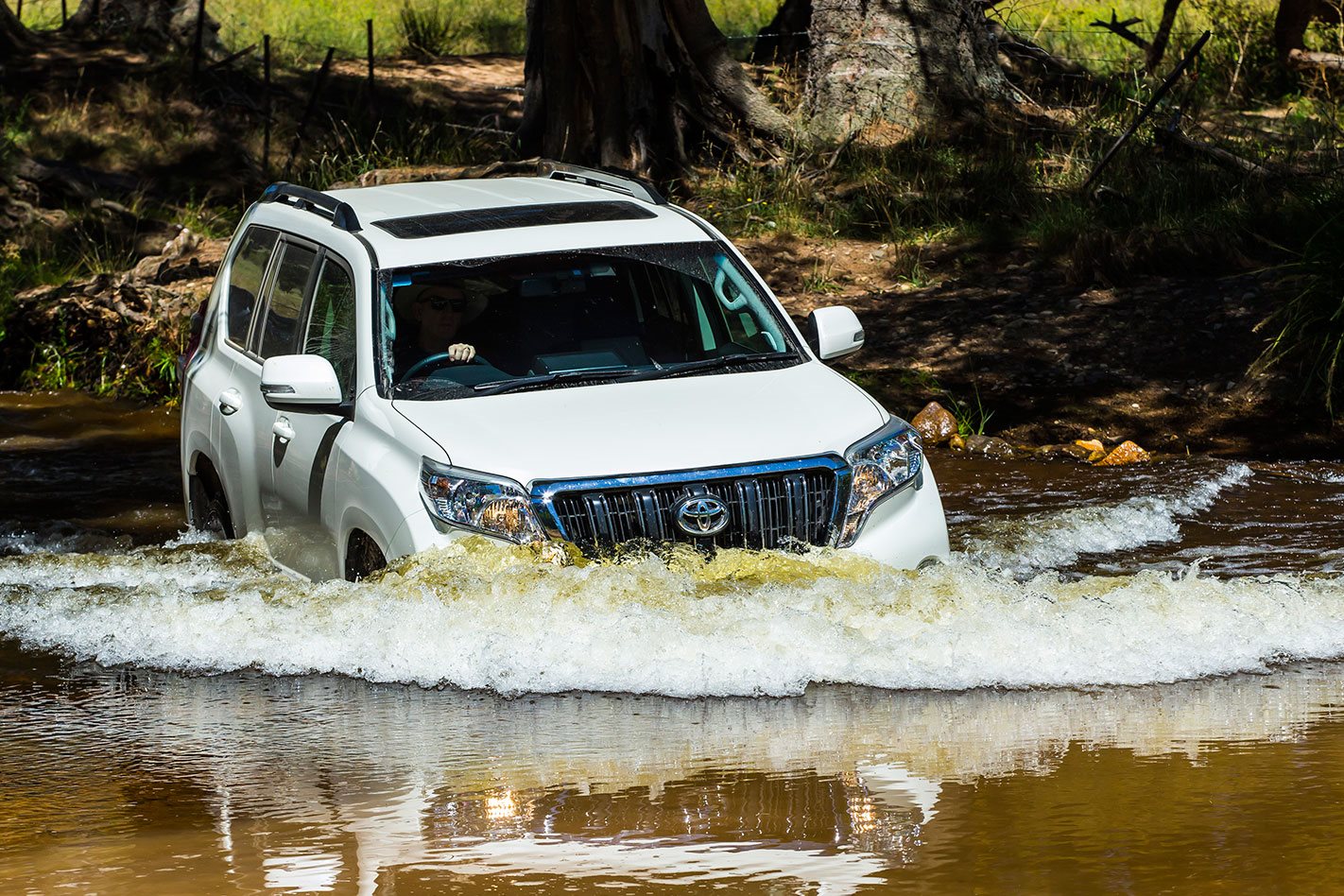 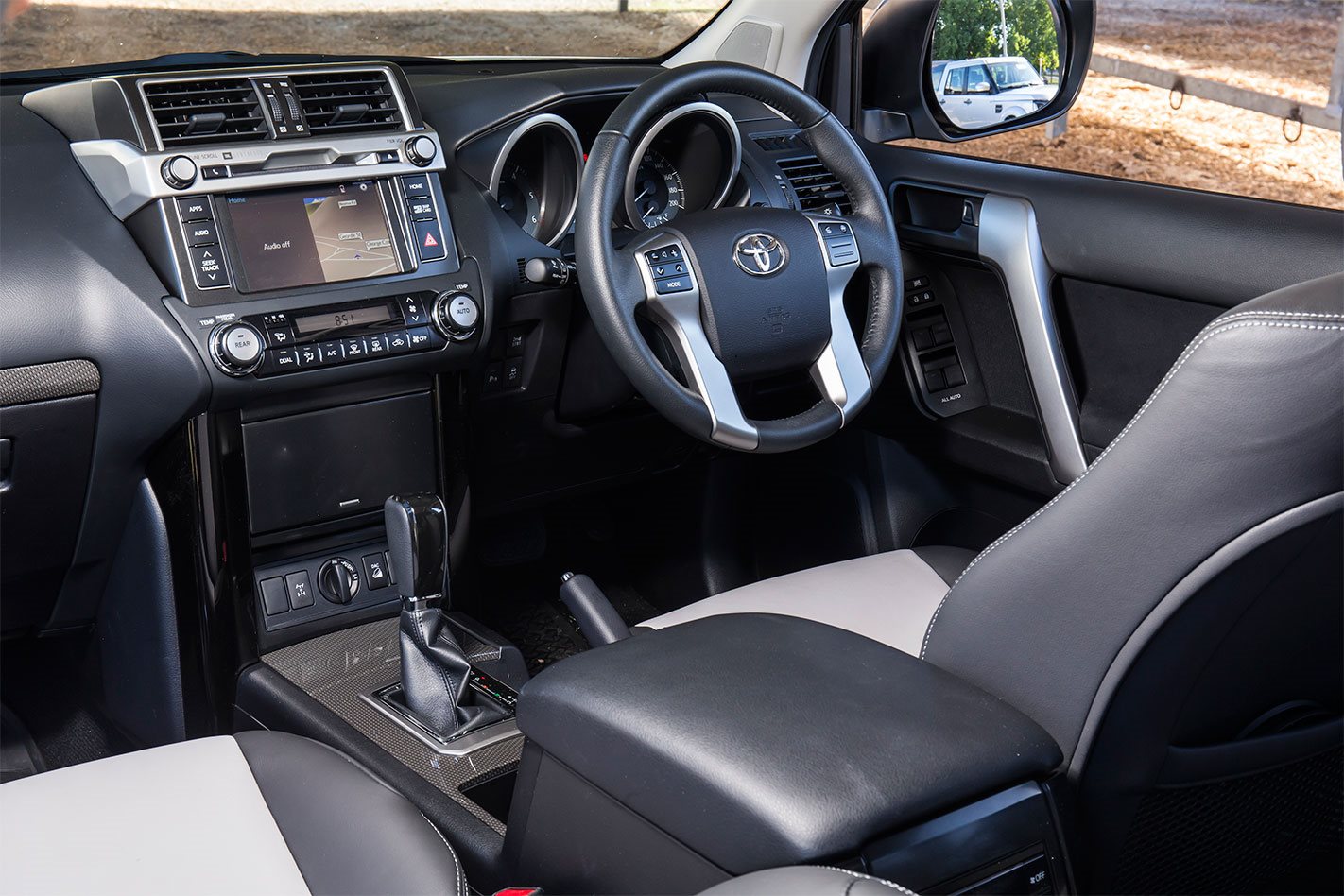 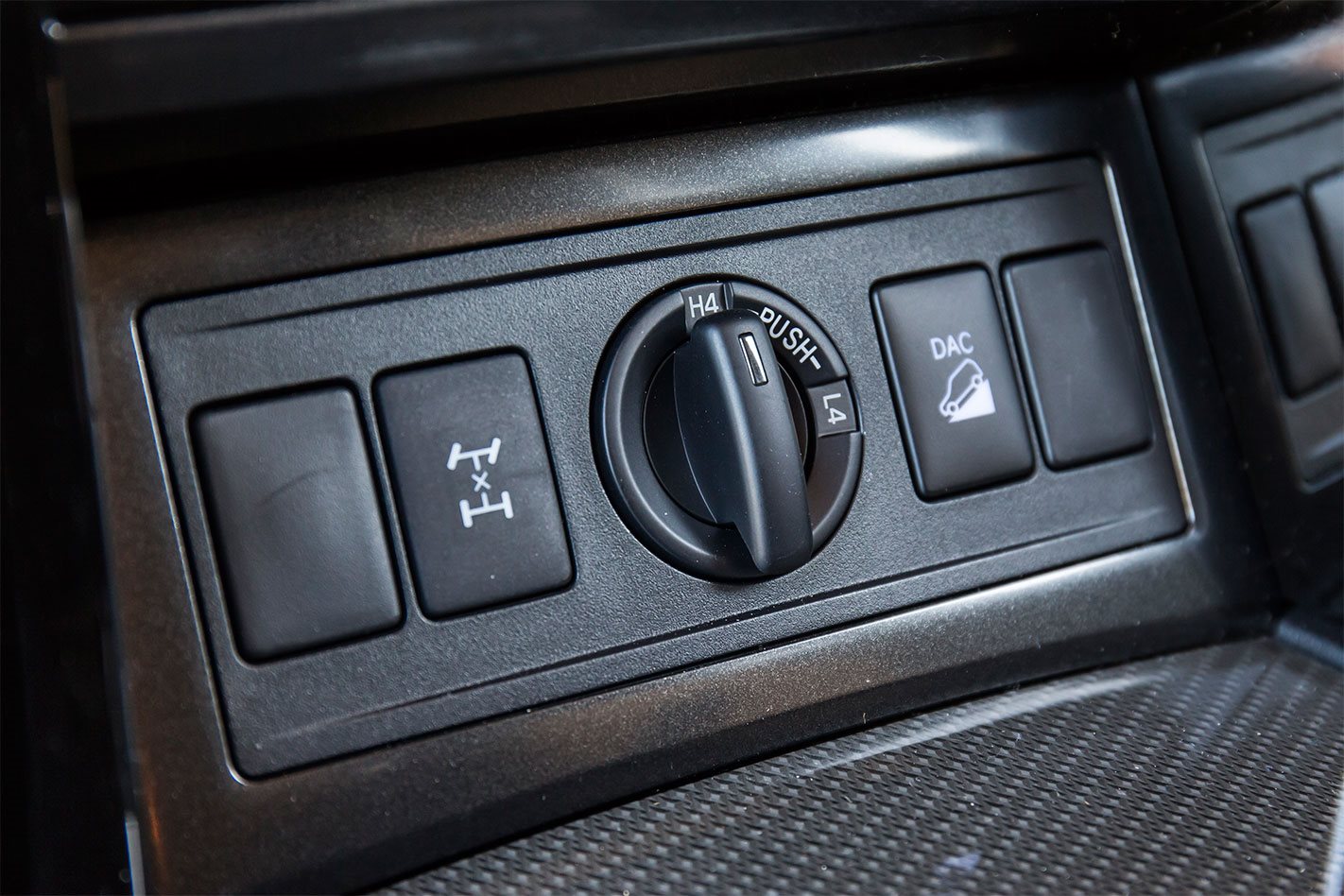 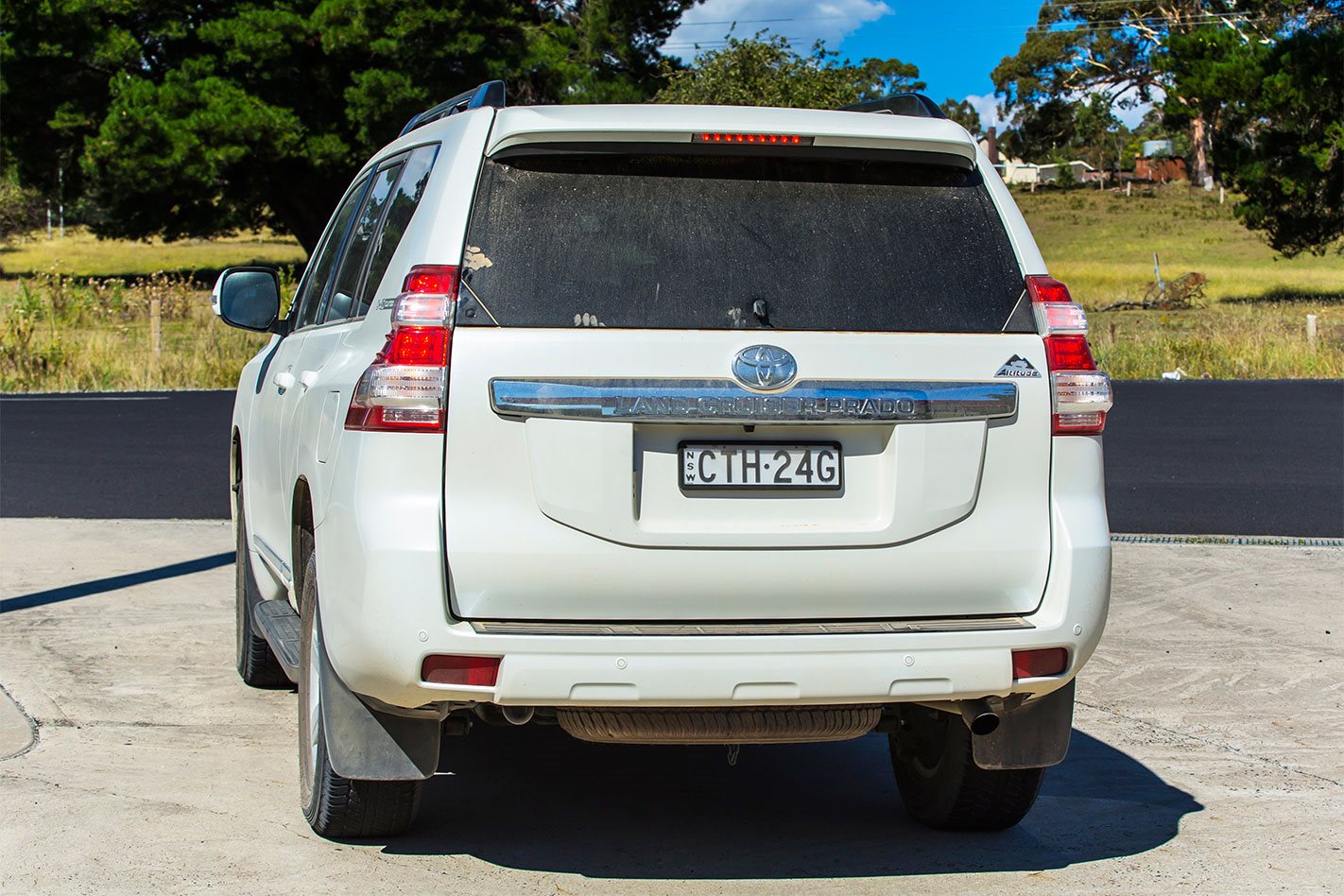 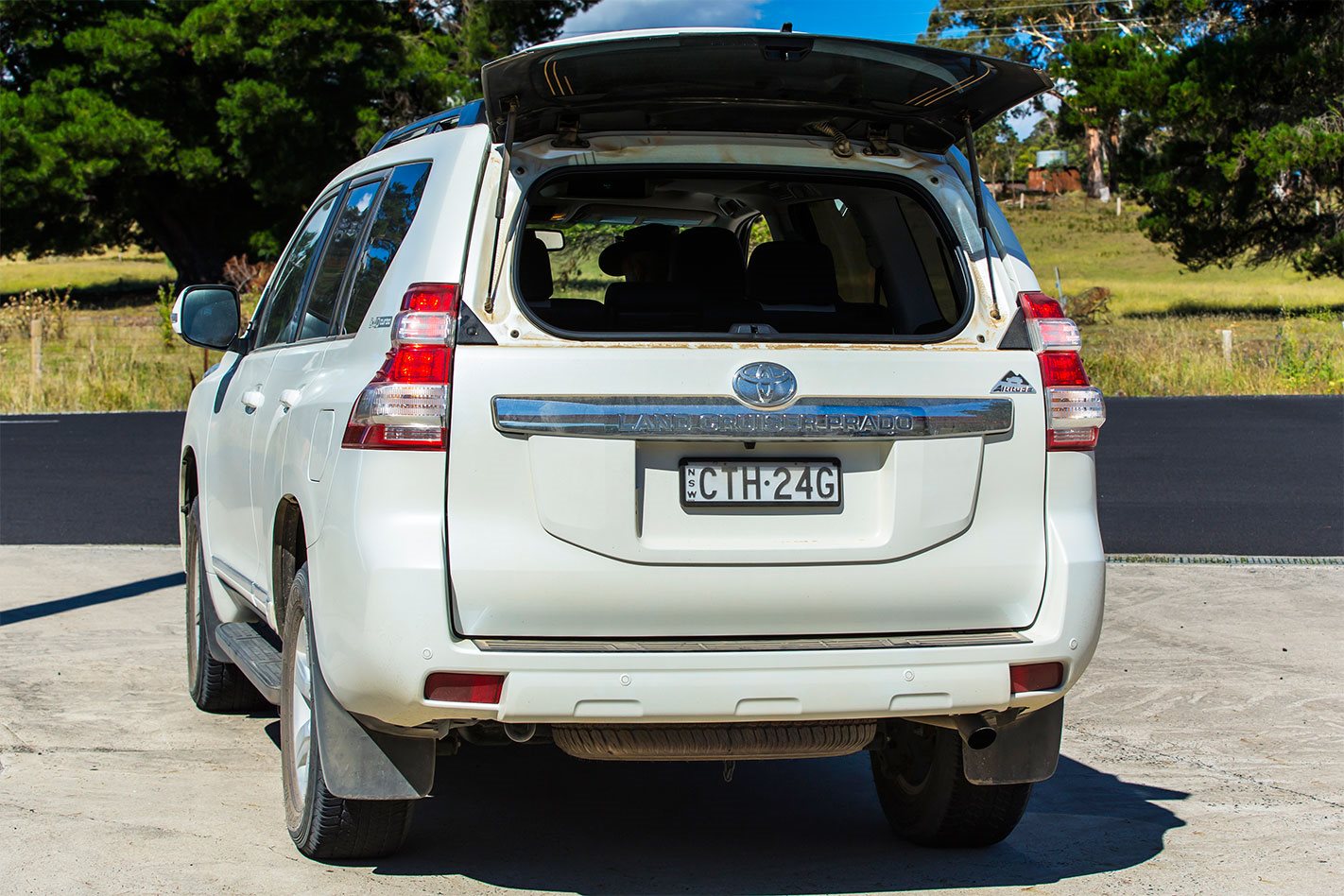 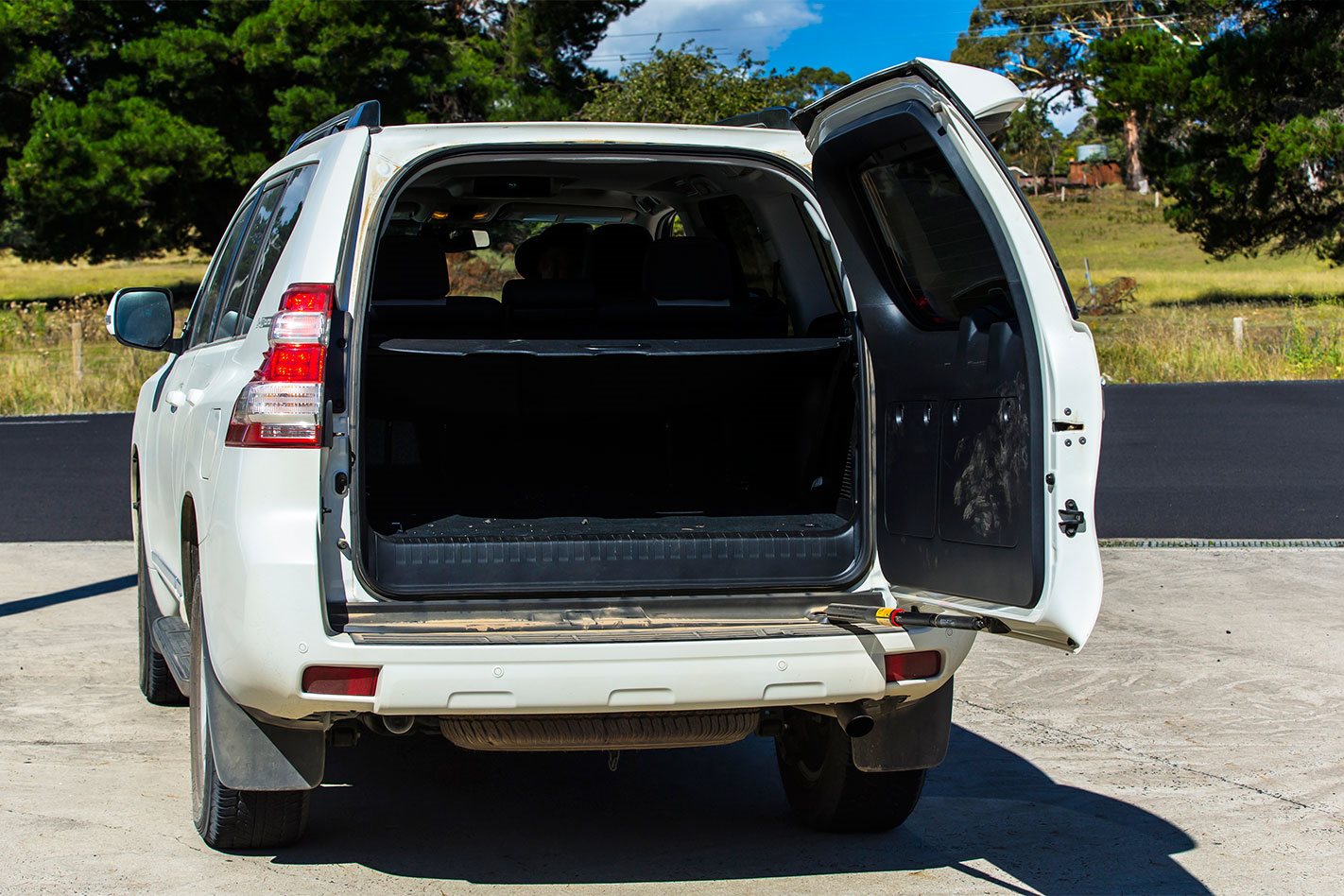 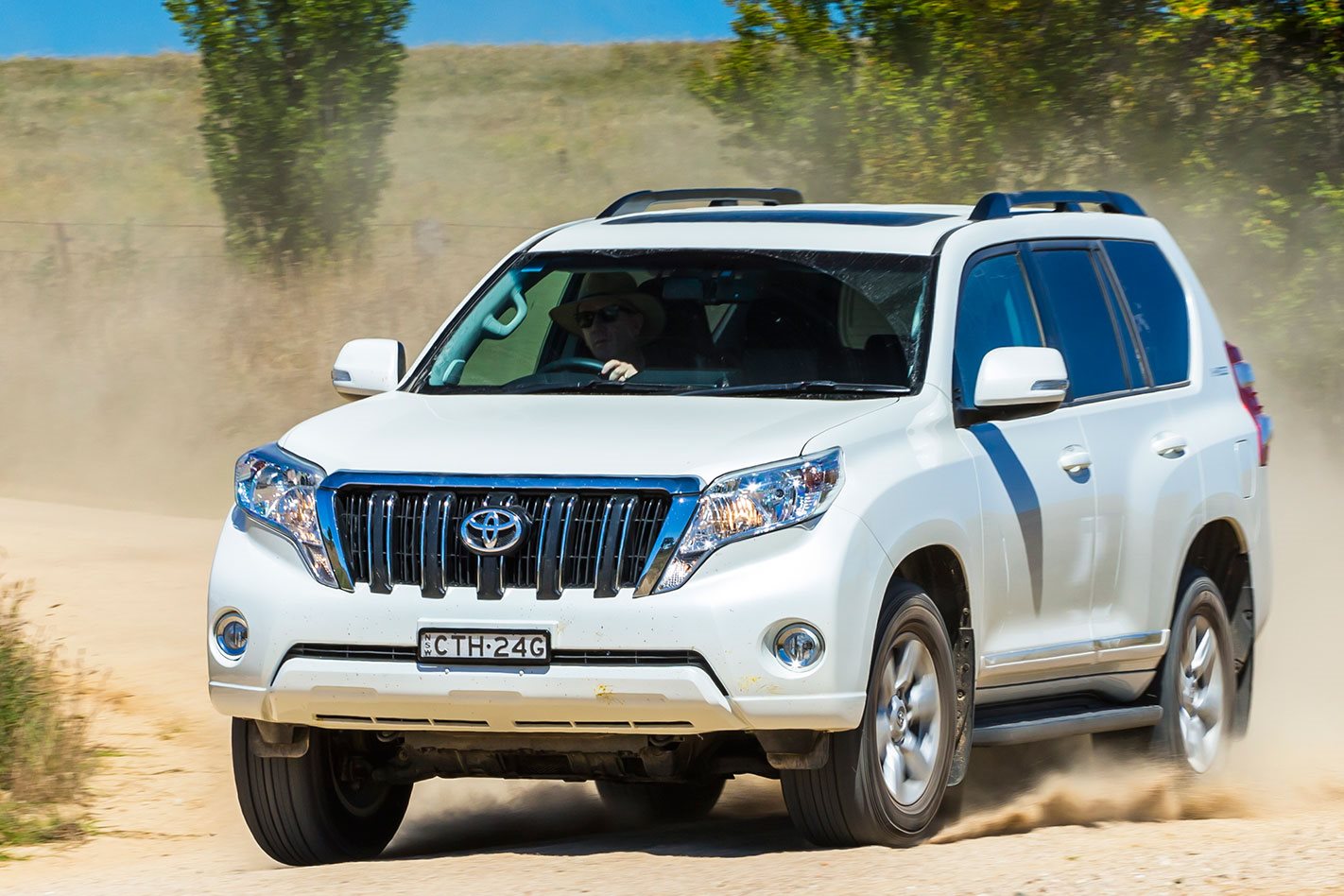 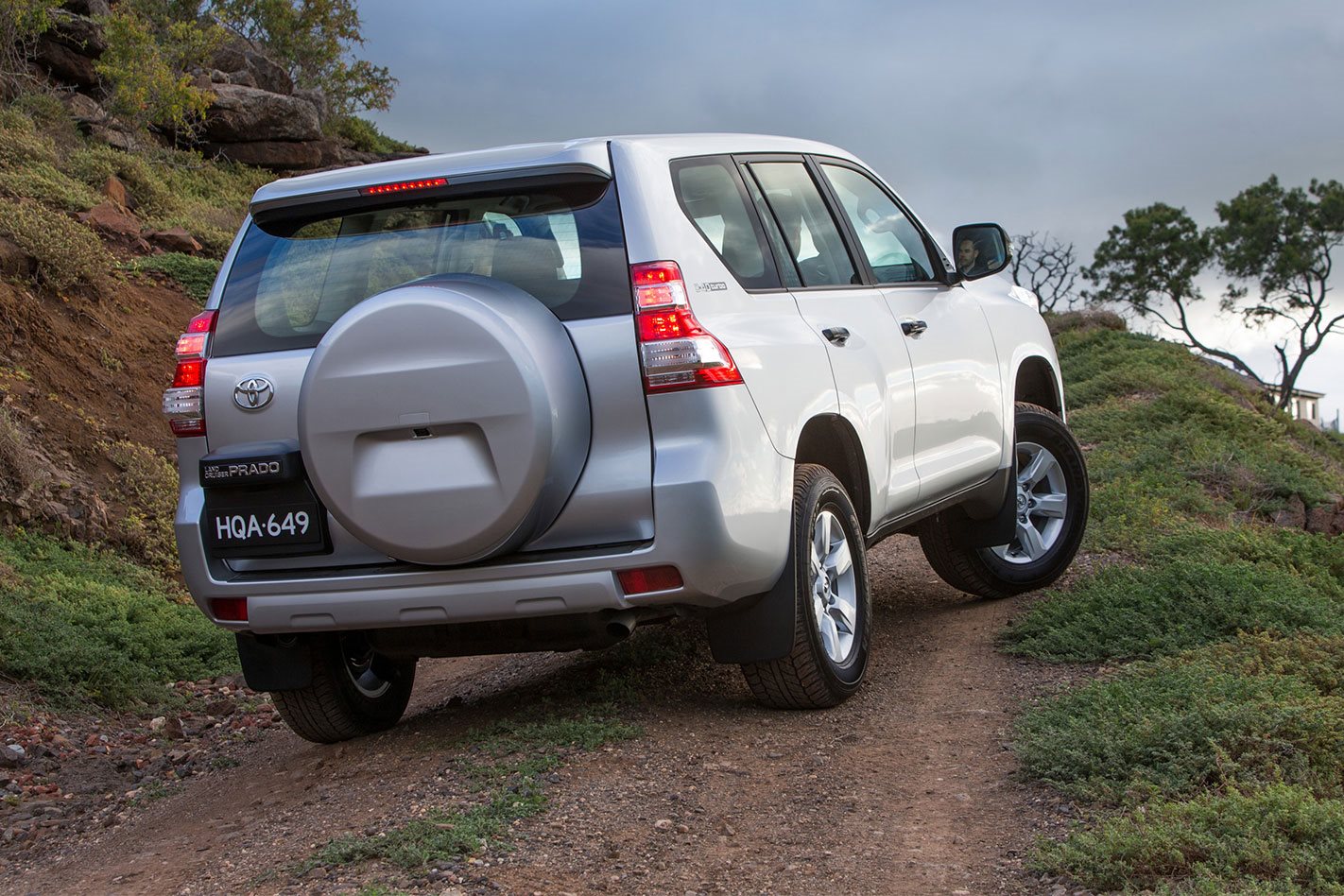 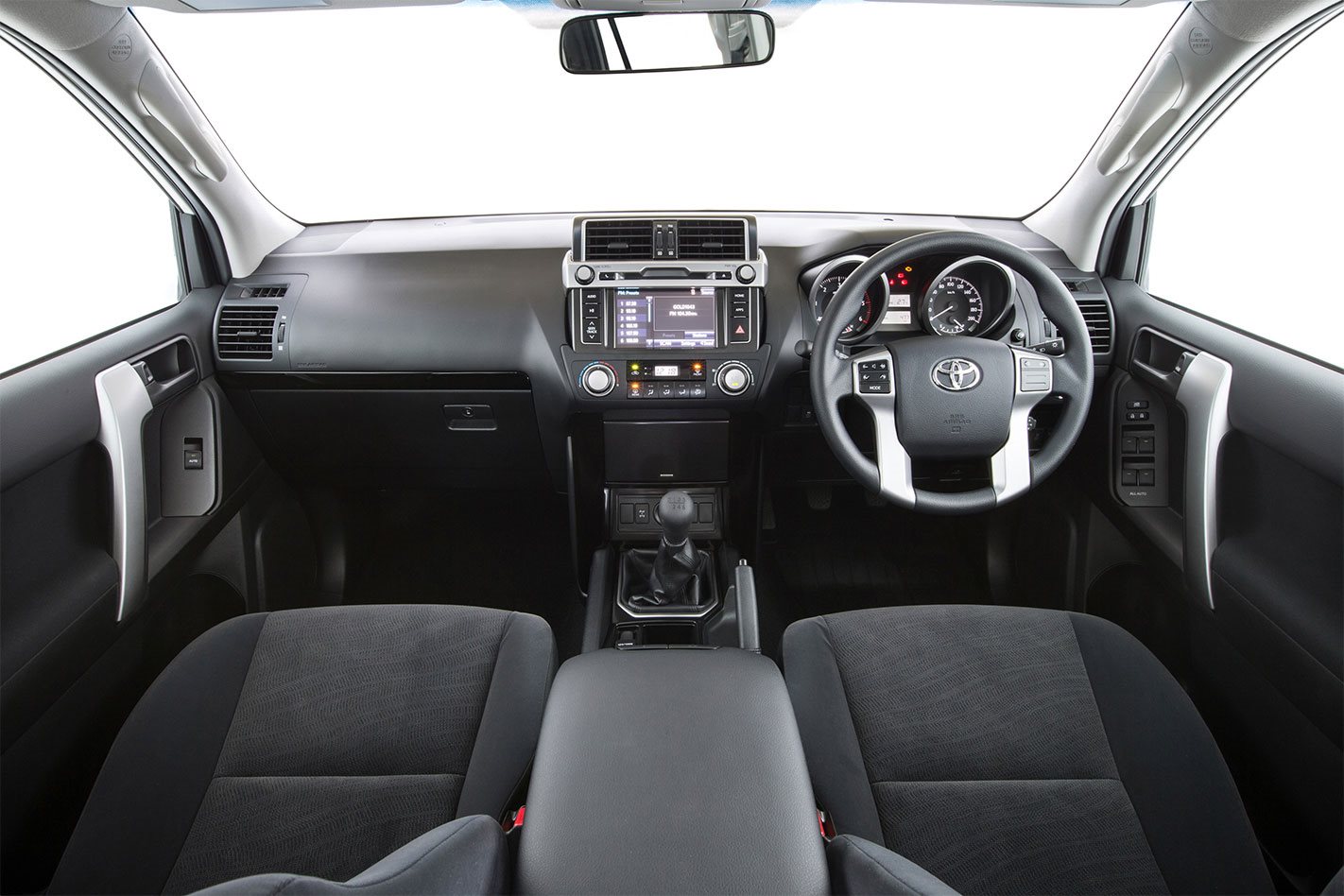 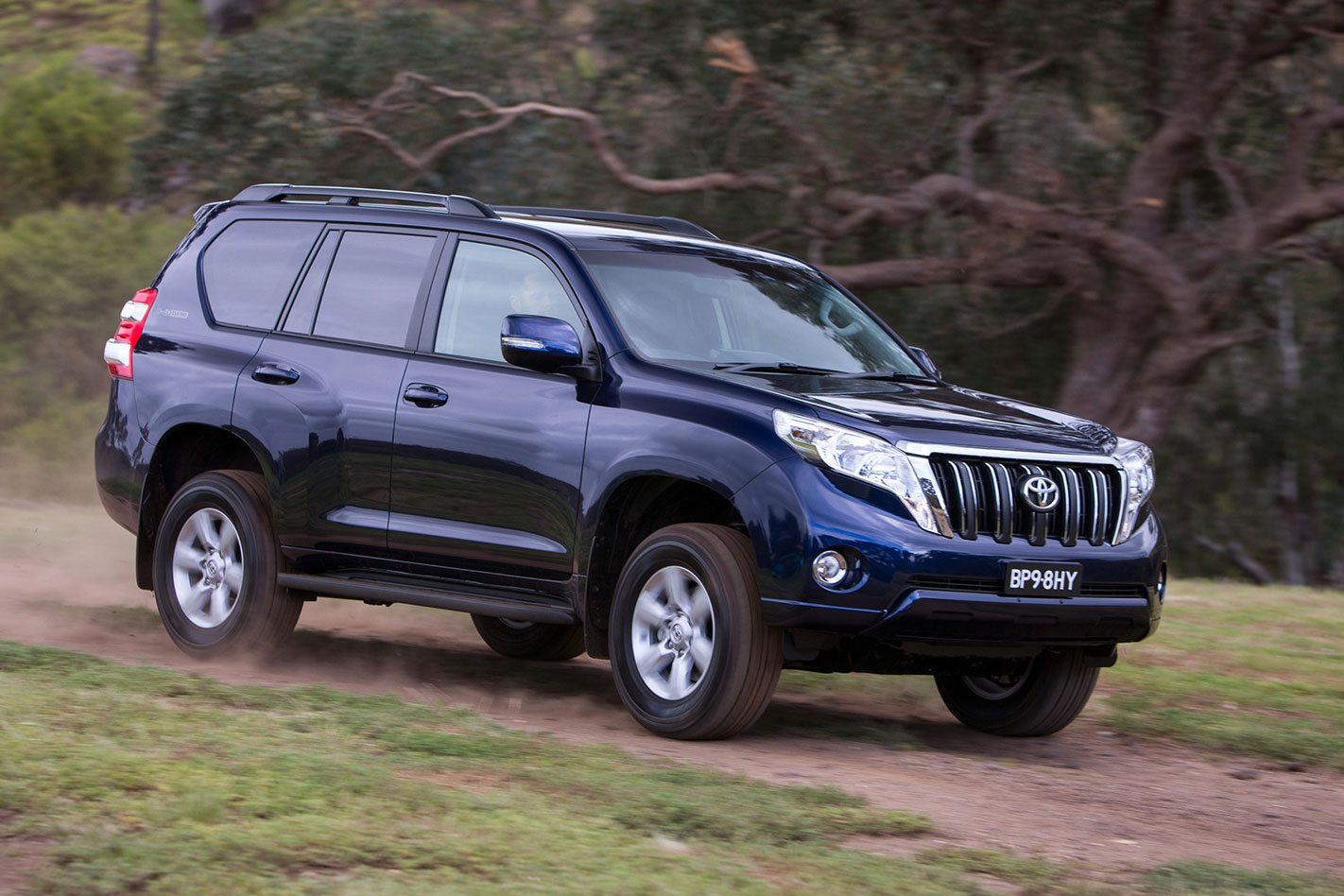 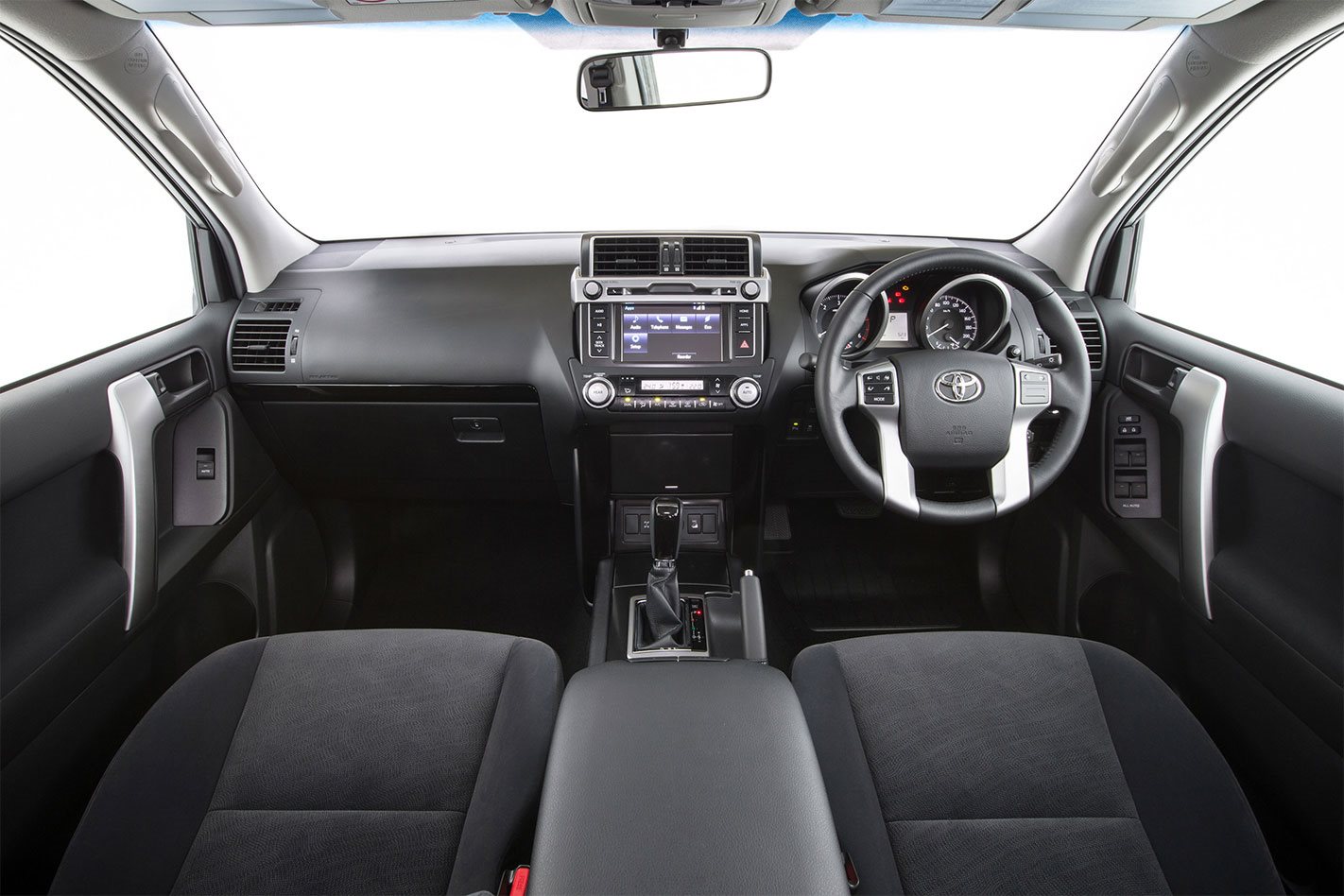 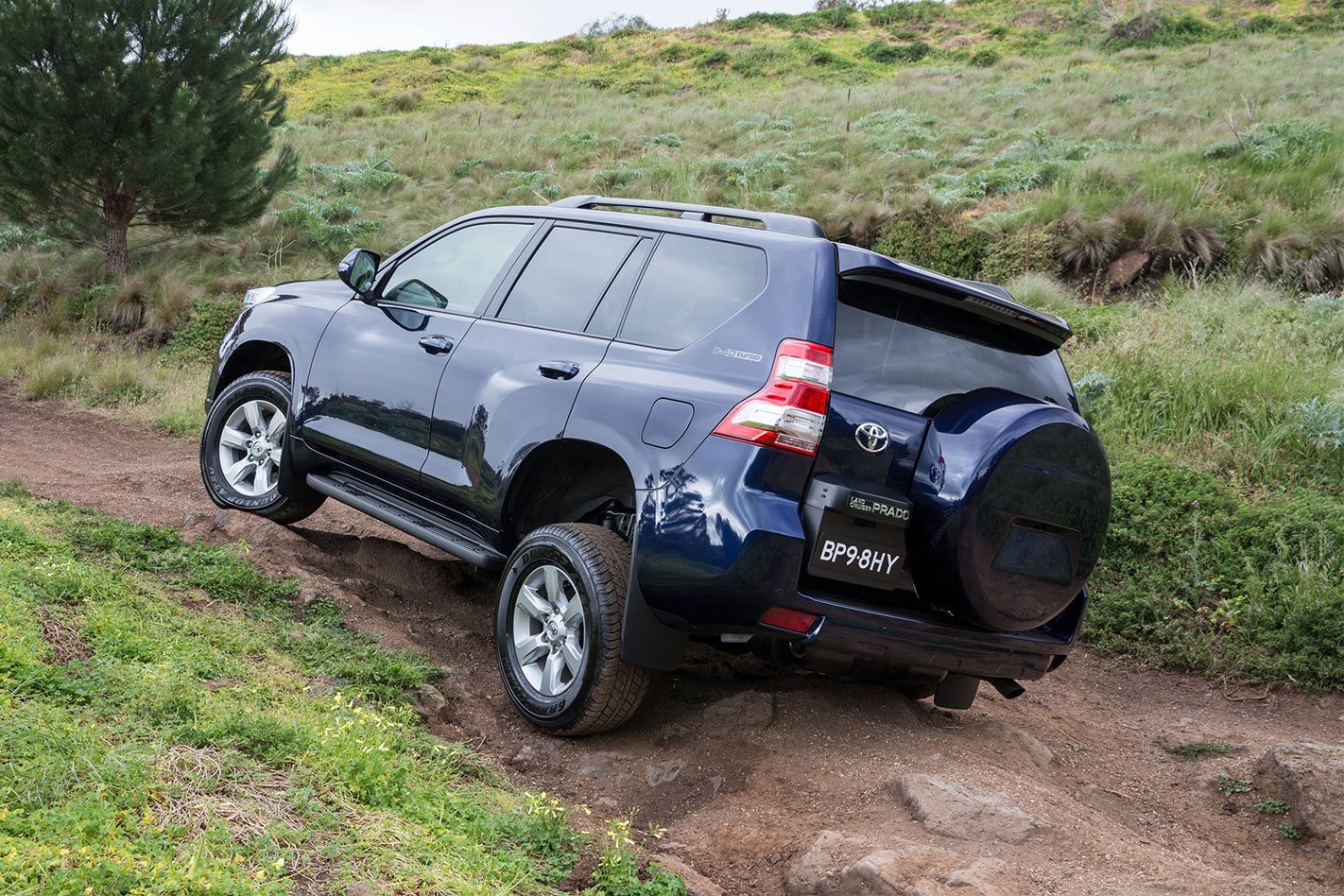 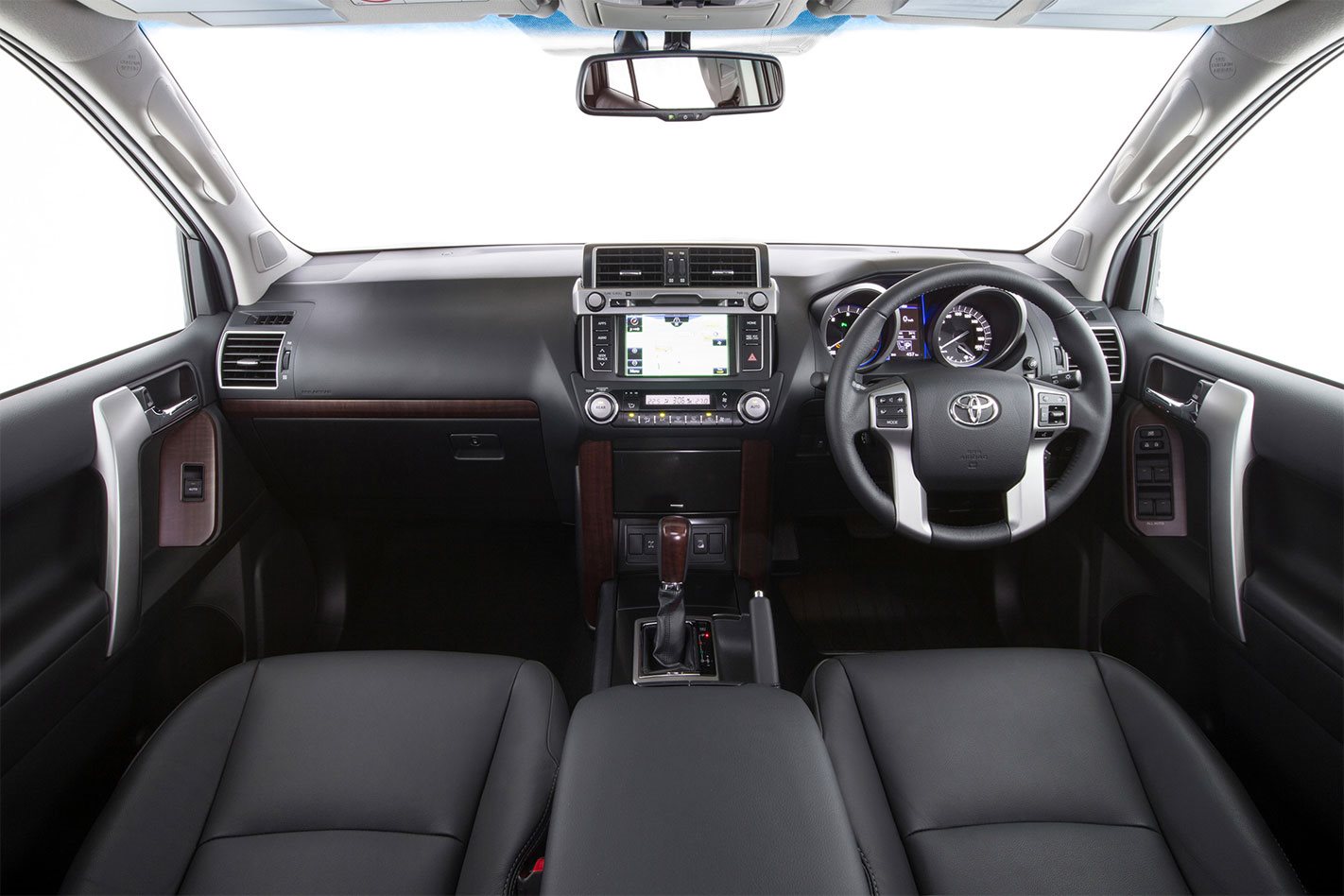 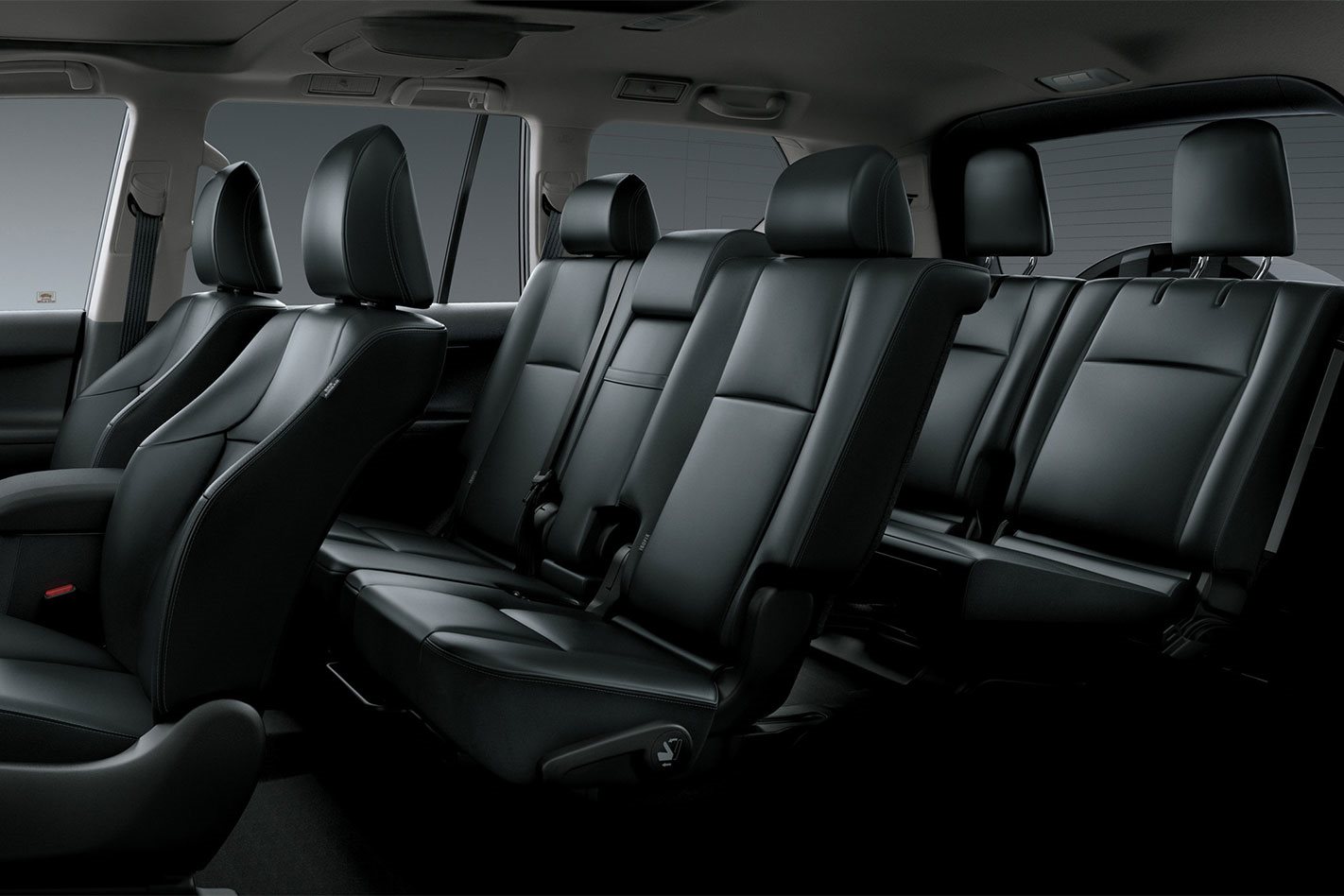 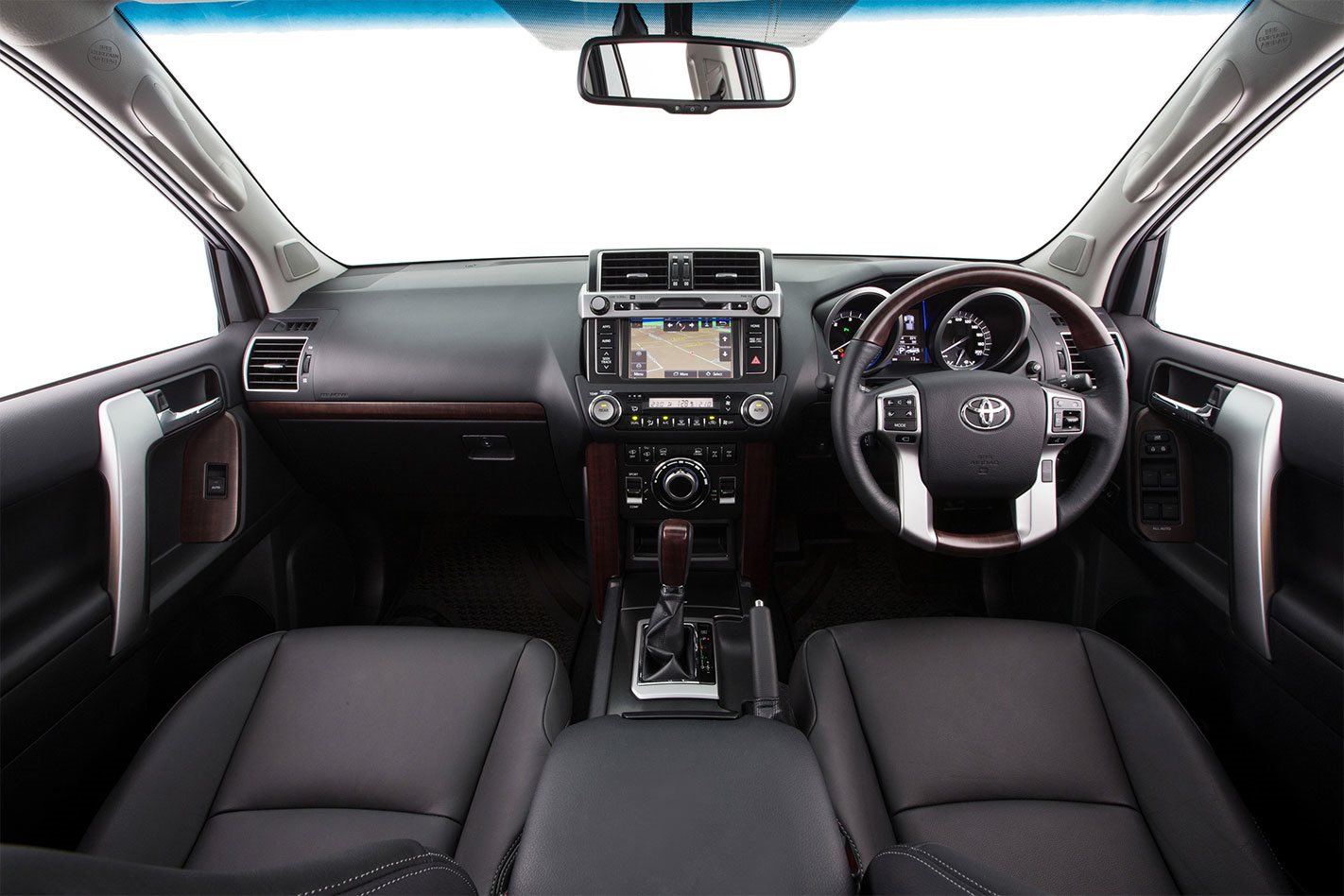 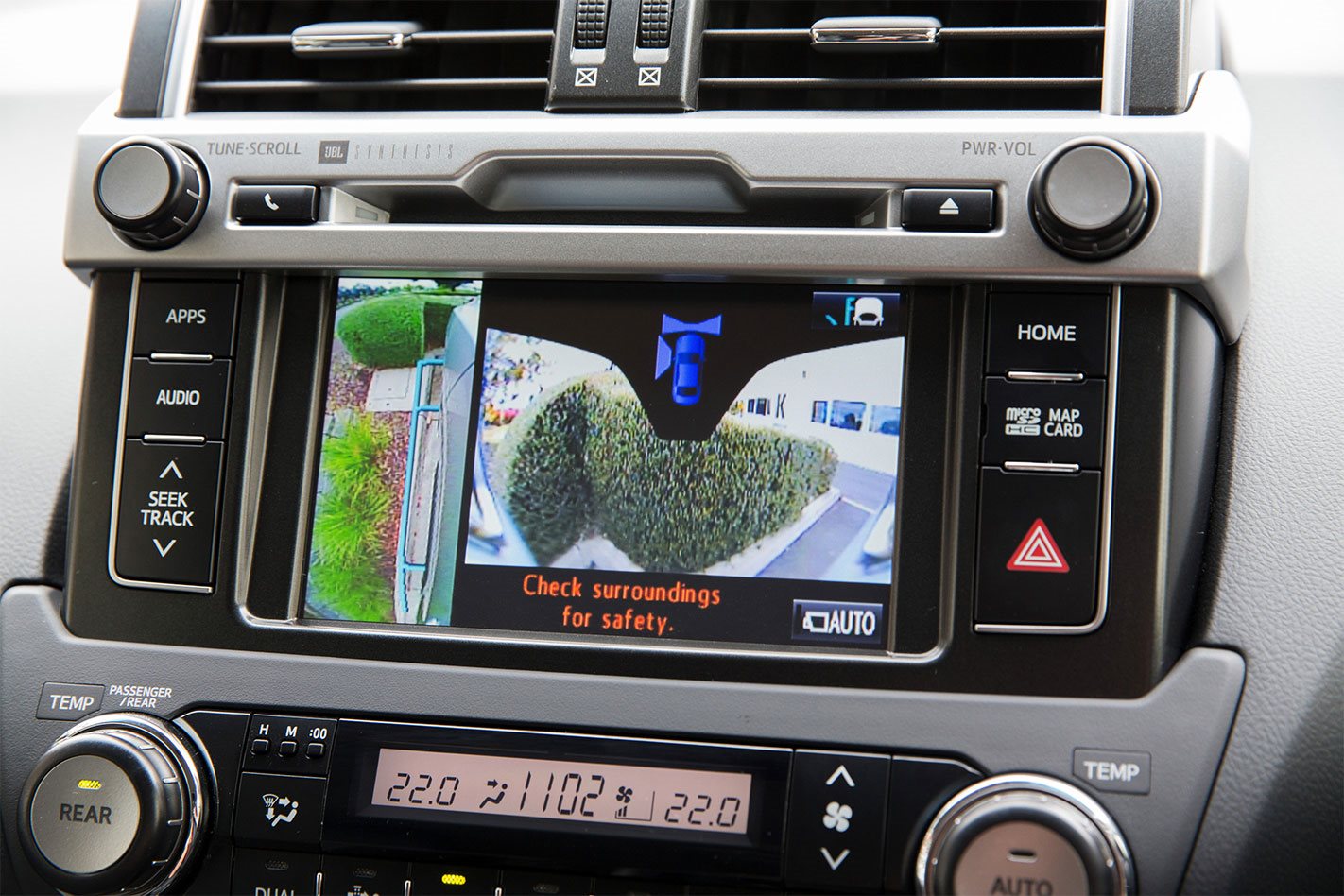 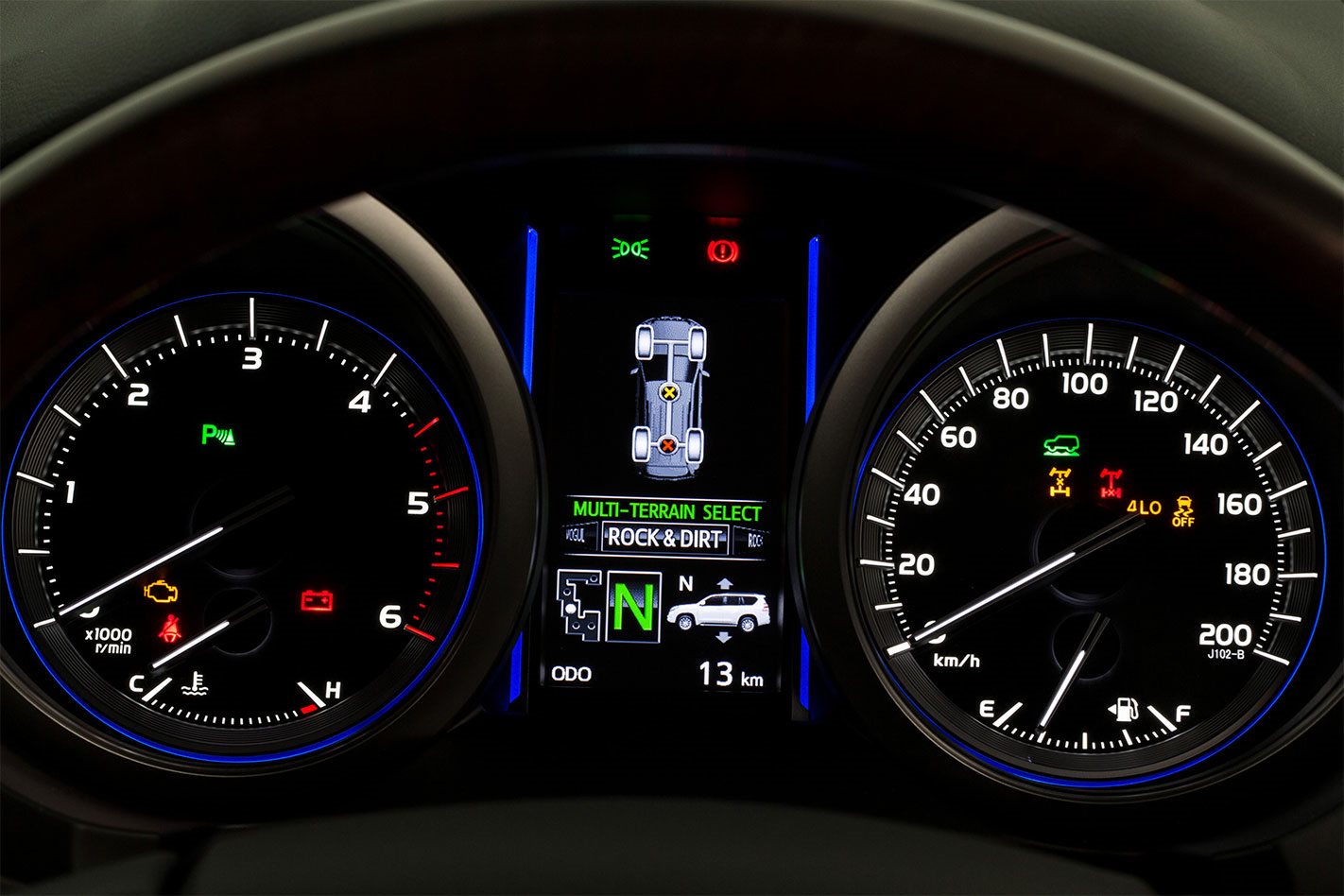 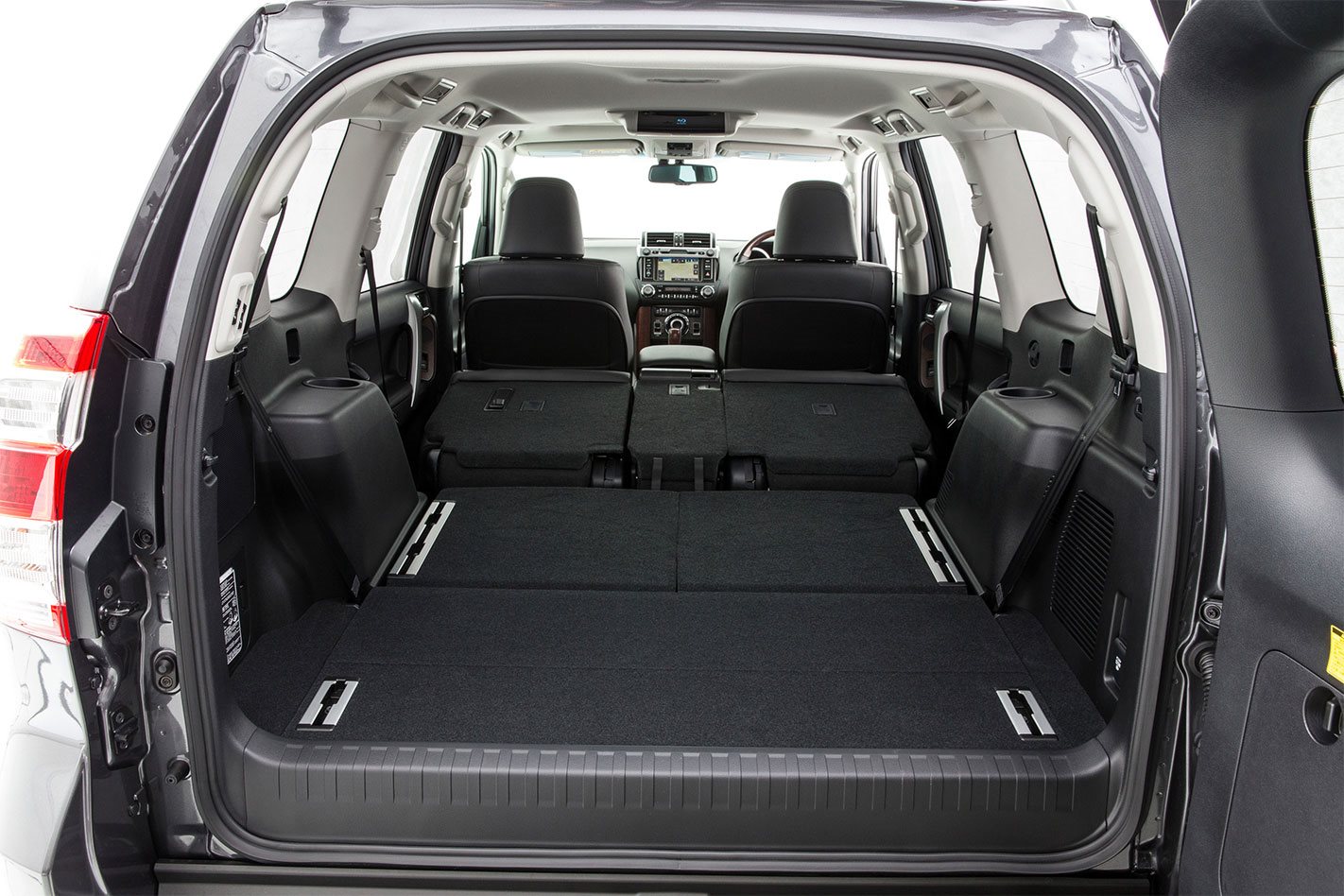 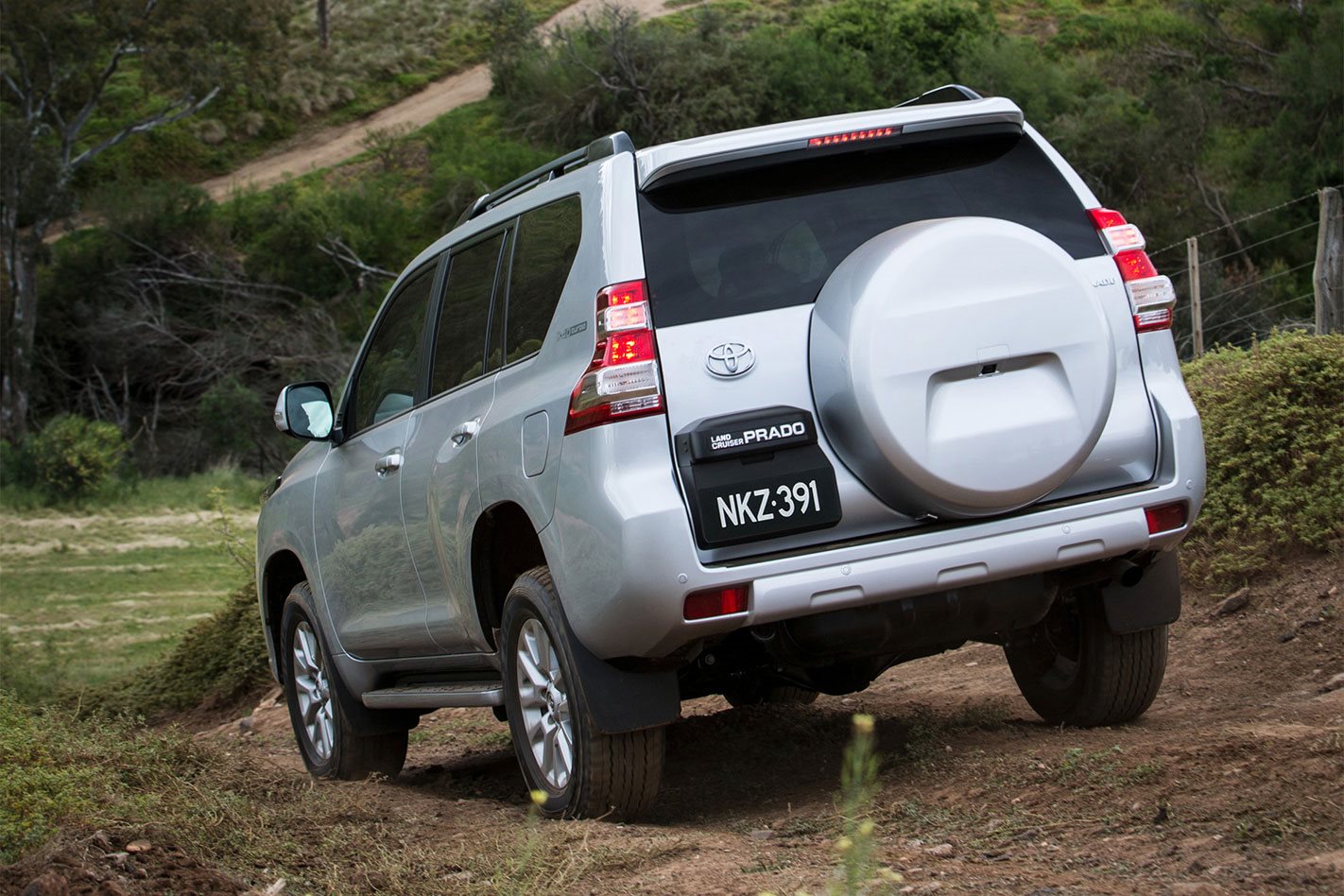