Entry-level Beamer gets a mid-life makeover to put the compact hatch back in the game.

BMW doesn’t do facelifts. It prefers a spectacular piece of corporate double-speak, Life Cycle Impulse, to describe one of its cars undergoing a mid-life makeover and spec upgrade.

Sounds more like a 40-something bloke throwing his leg over an obscenely expensive pushie in a Lycra-clad attempt to stave off the inevitable ravages of time, but that’s how this Bavarian maker rolls.

So the entry-level 1 Series has copped the LCI treatment. And about time, given the current generation was unveiled back in 2011. 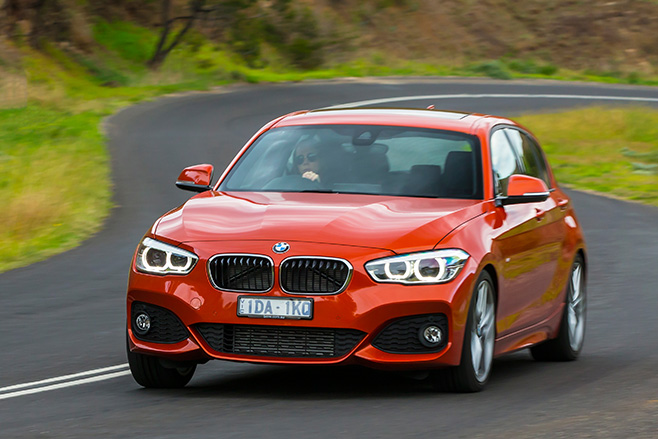 BMW admits to being in third position in this part of the market, behind its traditional Deutsch rivals Audi and Merc, and has added some much-need premium-ness to the 1 Series line-up, plus extra equipment, and even sharper pricing.

Sydney’s own Calvin Luk, now a member of BMW’s exterior design studio in Munich, was responsible for the key cosmetic changes; at the front, trimming the headlights down, making the kidney grille wider, and enlarging the lower intake. At the rear, the tail lights have morphed into a two-piece design, making the car look wider and more substantial. A subjective call, but we think these tweaks make a massive (positive) difference to the car’s presence.

Inside, entry and mid-range models (118i, 118d, 120i) have been given a lift with high-gloss piano black surfaces around the cabin, accentuated by red highlights, with aluminium trim and blue highlight elements on the primo 125i and M135i. 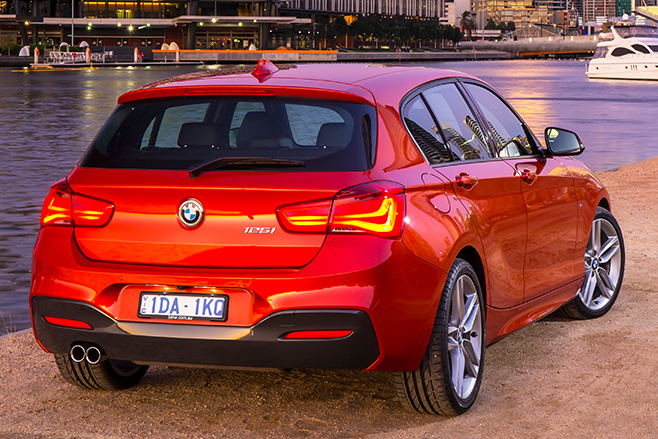 The range now starts with the 118i, running the same 100kW/220Nm 1.6-litre turbo petrol four as the 116i it replaces. But that’s set to change later in the year, when a 1.5-litre in-line turbo triple (borrowed from the 218i Active Tourer) starts appearing in the engine bay, with exactly the same outputs, yet better claimed fuel economy.

In the meantime, the four-pot 118i is a sweet package. Comfortable and quiet, it lacks straight line grunt (claimed 0-100km/h is 8.7secs) but makes up for it in refinement and sharp dynamic responses. The ‘Driving Experience Control’ facilitates the switch between Eco, Comfort and Sport settings, with rapid changes to gearshift points and throttle response.

The interior feels way more premium, the front seats are comfy, and more than adequate room in the rear marks it as a great city car.

Huge fun to push aggressively, rear-wheel drive feel is one thing the 120i Sport’s FWD Audi A1 and Merc A-Class rivals can’t match.

Step up to the 125i and you enter a world of M Sport suspension (lowered 10mm, specific spring and damper rates), M brakes (four piston front calipers), LED headlights, ‘Variable Sport’ steering, and eight speed ‘Sport Automatic’ transmission. Both 125i’s on the launch program were also tweaked up with the optional ‘Adaptive M suspension’ (what a way to spend $1,420). 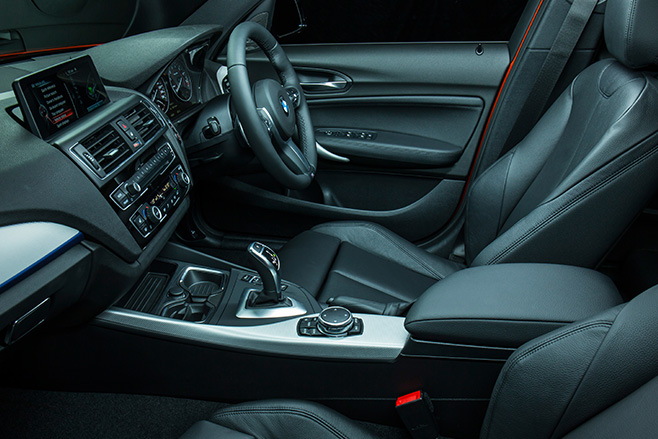 Hitting B-roads hard in the 125i is extremely satisfying. With 160kW/310Nm flowing to the rear wheels it feels planted, predictable and fast. Body control is impressive, braking strong, and shifts via the Sport version of the eight-speed auto’s wheel paddles are quick.

Then for the truly committed, there’s the M135i. A closed session at Queensland’s Lakeside race circuit showcased the flexibility of this firecracker’s 240kW/450Nm 3.0-litre turbo in-line six, and the quality of the current generation M Sport dynamic package.

Past track experience with this car had unearthed some twitchiness under hard braking, but this time around the M135i is beautifully behaved. With all of its torque on tap from 1,300-4,500rpm the meaty mid-range underpins the car simply lighting up as max power comes on stream from 5,800-6,000 revs.  Claimed 0-100km/h time is a super rapid 4.9secs.

As enjoyable as they are to hustle quickly, all 1 Series models quickly pull in their claws and settle into a more civilised and comfortable touring mode.

The front sports seats match support with long-distance comfort, and noise levels from the road, wind or drivetrain are low at cruising speeds.

Base audio is a six-speaker system, with a 205W seven-speaker set-up, including analogue amp and digital radio, standard in the M135i. Bluetooth, USB and other auxiliary connections are standard on all models.

The electric power steering is a weak point, lacking the road feel that should be on hand to compliment such a capable chassis. Variable sport steering with active ‘Servotronic’ is fitted to the 125i and M135i, and could be a useful ($870) option box to tick on other models. 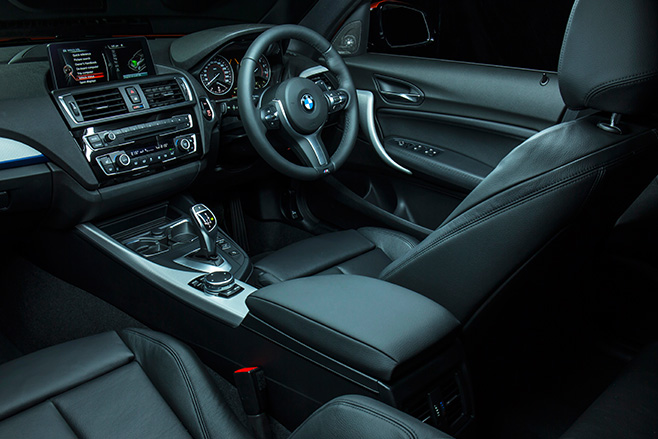 Big numbers for a small car, but super-sharp in the context of Audi and Merc competition.

Both brilliant, with lofty spec and impressive tech oozing out of their wheel wells. The BMW’s cheaper, faster and a fraction more frugal. BMW over Merc by a hair’s breadth.

Click here to find out more about the BMW 1 Series.