An Aussie four-door muscle car that can trace its lineage, at least in the conceptual and spiritual sense, right back to Holden’s golden era of the late ’60s and ’70s. There was a time when the most desirable Australian-made cars were ones with a thumping big V8 up front, rear-drive, a manual gearbox, and room for a family or five mates on a road trip. The Commodore SS-V Redline continues that tradition, albeit not for much longer. It delivers a driving experience dominated by that most endangered of engine species – the Aussie V8 – and manages to blend a level of day-to-day liveability and roominess with proper sports sedan firepower when fully unleashed. All of which it delivers for less than the price of many Euro hot-hatches. 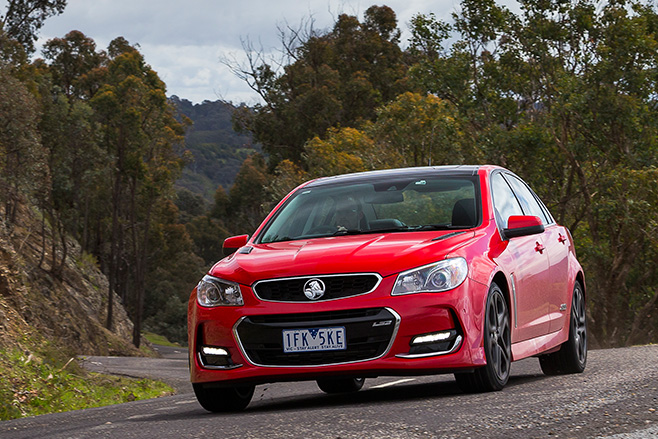 The recent facelift and update of Holden’s Commodore to VFII spec saw the introduction of a larger V8 (known as the LS3) in the SS/SS-V/SS-V Redline models. Capacity is now up to 6.2 litres and it makes more power and torque (now 304kW / 570Nm), with a greater capacity for revs than the old 6.0-litre V8. The Redline suffix is important as it brings key upgrades to the brakes and suspension, two areas you don’t want to be underdone in a big, heavy sport sedan like this. The larger brakes from specialist Brembo are able to withstand much greater abuse than the slightly weedy stoppers fitted to the regular SS, while the Redline’s upgraded rear suspension, further developed in this VFII incarnation, is more capable of deploying all that power to the ground and better resists being kicked off line through fast, bumpy corners. 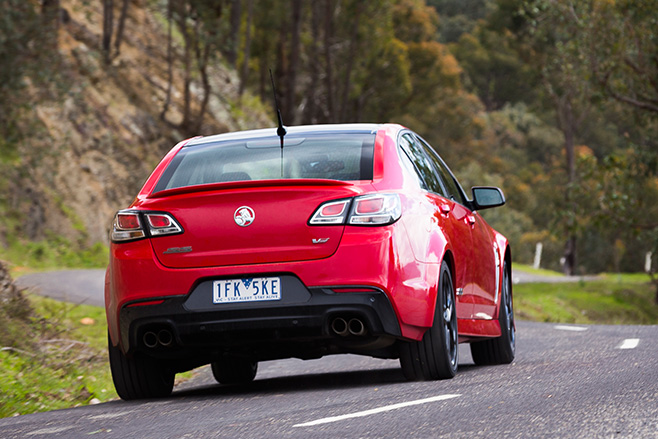 It’s the new engine, previously reserved for the HSV Clubsport R8, that gives the SS-V Redline its terrific breadth of character. Prod the throttle and it growls with a fabulously malicious intent. Really work it hard and it’s an angry, joyous bellowing beast, with a vocal range that moves through baritone to tenor, all overlaid with a wonderful induction snarl that filters into the cabin from the engine bay via some clever audio piping. It’s properly fast, hitting 100km/h from rest in just 4.9 seconds, but it’s the huge reserves of overtaking performance that most drivers will appreciate more often. It blasts from 80 to 120km/h in less than 3.5 seconds, which, you can tell your partner, amounts to safety feature, given it means minimum time spent on the wrong side of the road when passing slower traffic.

The SS-V also has an uncanny ability to shrink around the driver on twisty backroads. This is big car, but it never feels oversized or unwieldy when you want to get stuck into it. The steering allows you to place it accurately into the corner, the body settles quickly, and load builds progressively on the tyres. There are vast levels of grip, its limits are wonderfully transparent, and a brilliantly calibrated ESC system keeps things tidy in wet or challenging conditions. Best of all, there’s a level of interaction and satisfaction in hustling a big manual sedan like this that’s missing in the driving experience of some more anodyne, paddled-shifted performance cars. 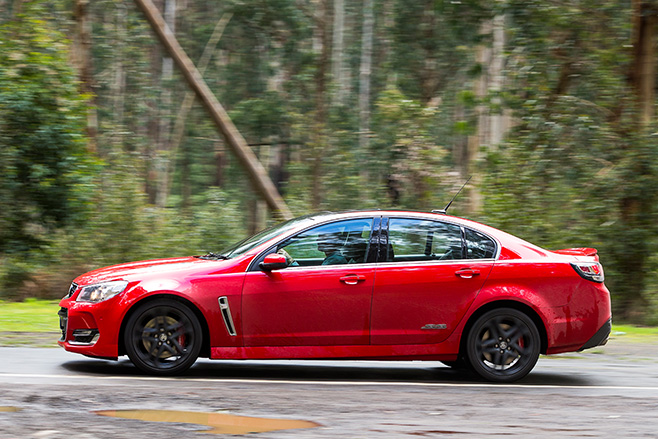 Driven with restraint, the engine is never more than a distant, subdued rumble, and you can make easy progress around town or on the freeway without anyone ever really knowing what’s packed under the bonnet. Enthusiasts will order their SS-V with a six-speed manual transmission, but be mindful that the clutch requires a firm application from the left leg, and may becoming tiring in long stints in stop-start traffic. The flipside is there’s so much torque, shifting can be kept to just first/third/fifth when trundling around the city and suburbs, and a tall sixth gear means ultra-relaxed, low-rev cruising.

The interior is not just hugely roomy, it’s also well-equipped, and (mostly) doesn’t feel cheaply built. The head-up instrument display works brilliantly, projecting road speed and other crucial bits of information just under the driver’s line of sight, eliminating the need to flick eyes to the instruments and back to the road ahead. 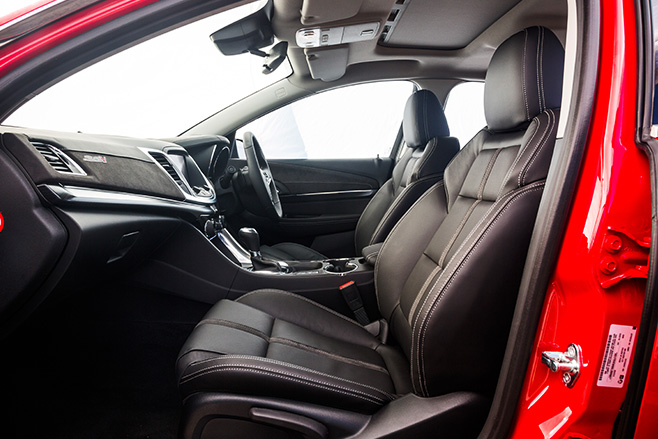 The seats are generously proportioned and supportive, wind and road noise are reasonably contained, and the cruise control works well, even in hilly terrain. So there’s no need to assume that just because it’s fast, your licence will instantly be toast. Duality of character is one of its core strengths.

A manual SS-V Redline sedan is yours for $53,990, which makes it something of a performance bargain. The basic SS-V is about four grand cheaper again, but we think the Redline’s premium is money well spent, given the brake upgrade, better sorted suspension and extra equipment. It’s also fundamentally the last of the line before production ends in 2017, so there’s room for sentimentality here.

Click here to read the full review on the Holden Commodore.