The Range Rover Sport SVR makes no sense. Nobody needs a 405kW SUV capable of running 0-100km/h in 4.7 seconds. But, environmental sensibilities notwithstanding, the fact it exists makes the world a better place.

Powered by the same all-alloy 5.0-litre supercharged V8 found under the bonnet of the Jaguar F-Type R, this beautifully brutal, 2.3-tonne beast is the fastest, most powerful Land Rover ever produced, and the first product from Jaguar Land Rover Special Vehicle Operations (SVO), an engineering SWAT team assigned to the task of making cats leap further and Rangies rove faster.

The Range Rover Sport is already available with a 375kW/625Nm version of the Jag V8, running 0-100km/h in 5.3secs, so the SVR is overkill of the most hilarious and desirable kind. It’s even lapped the Nurburgring Nordschleife in 8min:14secs; faster than the BMW 1M Coupe, and Holden’s own Rob Tribiani in the VF Commodore SS Ute. 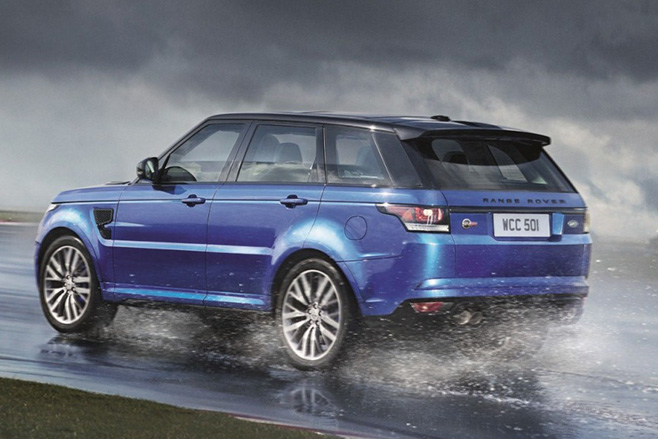 Aside from the hi-po engine, the SVR picks up a swag of suspension, drivetrain and chassis improvements, including a sports exhaust with switchable bypass valve, stiffer rear sub-frame bushes, uprated air springs and revised dampers.

The rear eDiff has been recalibrated for optimum on-road performance, and the front Brembo brake set-up features 380mm ventilated rotors and six-piston calipers.

Outside, the biggest clue to the SVR’s performance potential is the standard 21-inch rims shod with 275/45 all season rubber. Giant 22-inch alloys wrapped in more focused 295/40 Continental SportContact tyres are optional. The front bumper also features larger, trapezoidal air intakes feeding the twin charge air coolers, the bonnet vents are revised and the grille is black.

There are also vents in the front quarter panels, macho side mouldings, a high level rear spoiler, and unique rear bumpers sitting above a gloss black diffuser. 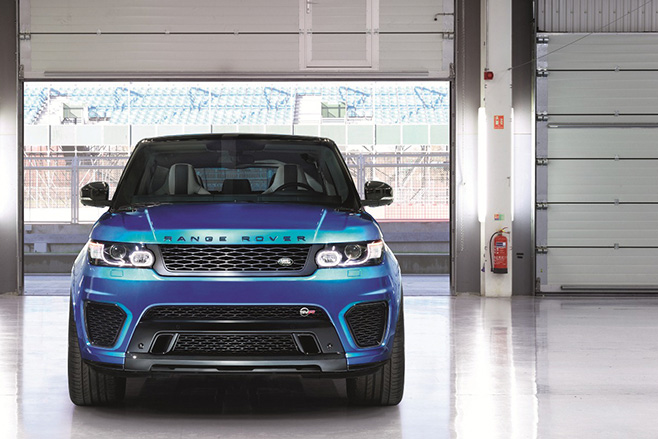 The SVR’s launch program took in urban, B-road and freeway sections, as well as a track session, and like its Jaguar F-Type cousin the Sport SVR announces its arrival with a ground trembling rumble. Drive this Rangie to the polo and you’ll scare the ponies back into their floats. Around 3,000rpm an electronically-controlled exhaust bypass valve opens and Thor-like thunder starts blasting out of quad exhaust outlets.

On the other side of the rpm ledger, the engine is tuned to cut air charge more quickly when the driver lifts off the throttle, so spits of unburnt fuel combust in the hot exhaust system for a popping and cracking sound show.

But this suave utility vehicle puts its watts where its mouth is with fierce acceleration to match the bellowing soundtrack. Keep the throttle pinned and the SVR blazes ahead at supercar-rivalling speed.

The ZF eight-speed adaptive auto transmission is carried over from the ‘standard’ Range Rover Sport, although shift times have been reduced by a claimed 50 per cent thanks to careful management of fuel cut-offs during up-shifts.

Also worth noting the trans uses a torque converter for first gear, which is bypassed by a locking clutch from second onwards. As a result, ratio swaps, especially via the wheel paddles, are super clean and quick.

The net effect is rapid B-road progress, with impressive body control for such a big bus, powerful brakes, good steering feel, and stunning speed out of corners. No, it’s not a Lotus Elise clone, but it’s way better dynamically than any multi-tonne SUV has a right to be. 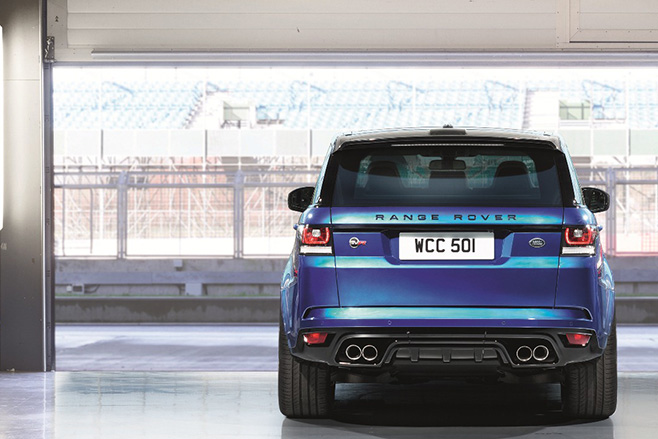 The aluminium rich, double-isolated suspension consists of double wishbones at the front and multi-links at the rear. The SVR also features cross-linked, four-corner air suspension and 'Adaptive Dynamics' with continuously variable dampers (monitoring vehicle movements “at least 500 times a second”, and adjusting damping force in response to road-surface and driver inputs).

What that means is the SVR subtly transforms from stinging like a bee on the backroads, to floating like a butterfly in the city. Even on the optional 22-inch rims the SVR is smooth, quiet and relaxed around town. The standard of fit and finish inside is as you would expect, high. 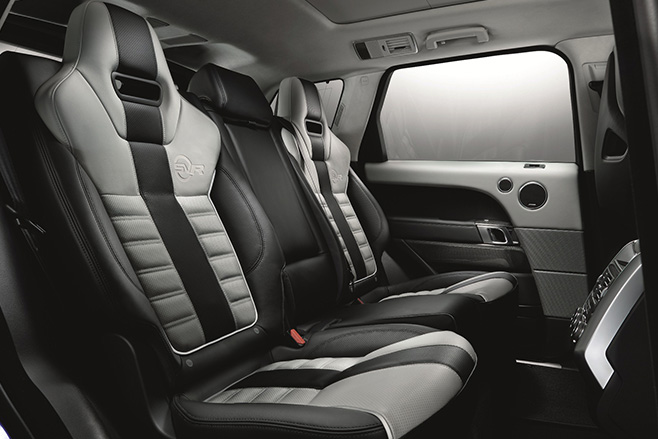 Land Rover says all claims on off-highway ability made for the Range Rover Sport stand for the SVR; same wading depth, breakover angle, approach and departure angles… the lot. And to prove it, the launch drive included a brief bush bash, covering steep inclines and descents, rutted muddy crossings, as well as broken, rocky trails.

We shifted the two-speed central transfer case to low range ‘on the fly’ (possible up to 60km/h) and explored the SVR’s crawling ability using the brilliant hill descent control. An impressive double act.

Keep the exhaust in (open) sport mode at slower speeds and the engine note will boom and drone around the cabin; helped in no small part by a symposer, “enriching sound quality, and filtering desirable induction noise into the cabin.”

Claimed combined cycle fuel economy of 18.4L/100km is likely to climb well into the twenties in the real world, especially with this much snorty V8 fun lurking under your right foot.

You’ll need $218,500 to park the SVR in your driveway, a cool $36,500 more than the Autobigraphy Dynamic V8. That’s a lot of dosh, but the SVR delivers a truck load of fun and performance.

Would you take the Range Rover Sport SVR or Porsche Cayenne Turbo?

Click here to find out more about the Range Rover Sport SVR. 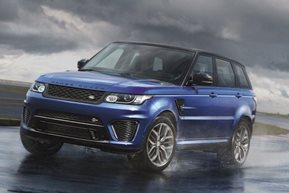