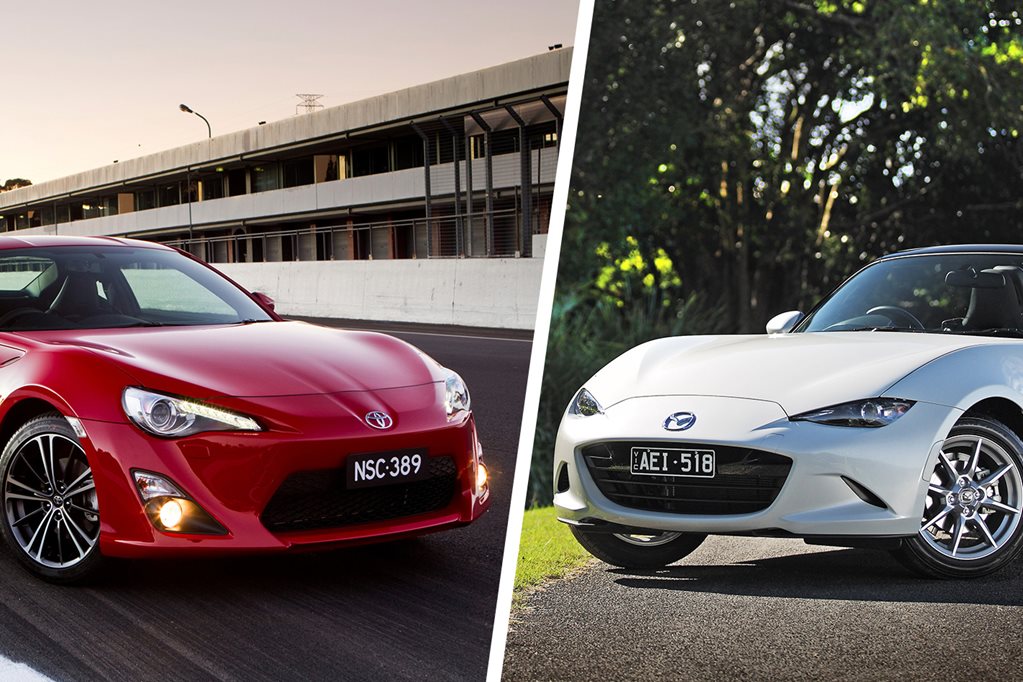 The Toyota 86 hardcore hardtop takes on the latest iteration of the Mazda MX-5 roadster to determine which is the best bang-for-buck sports car.

The $30K base GT manual became better value with the addition of the GTS-spec 6.1-inch touchscreen audio unit (with reversing camera) in a 2015 update that also brought suspension and minor cosmetic updates. No steering-wheel buttons, but it’s not a cost-cutting move – it’s to keep the column free of wiring and, therefore, friction.

The 86 looks after occupants with superior ergonomics, more lateral and lumbar support, and more room, but cabin plastics and minor controls feel cheaper. Back seat is tight even for little kids, and it’s a workout getting them in and out. Optional full-size spare is great, but you lose space and the flat boot floor.

Flat-four has unremarkable Forester-like note at low revs but is flexible; gearshift is a bit notchy and accelerator pedal toey, which all take getting used to. Performs adequately in normal driving; gets a more urgent, rorty note and goes quite enthusiastically from 5500 to abrupt cut-out. No miser, at 8.9L/100km on test in sporty country driving. 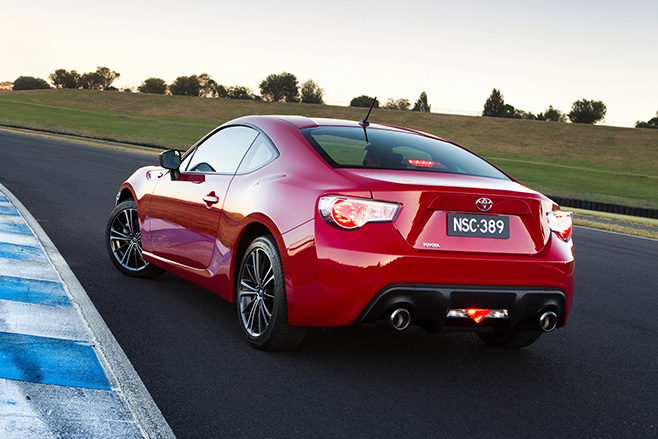 Quieter inside, but the 86’s ride is a bit edgier than the MX-5’s; sharp urban bumps in particular tend to intrude. Body is strong, rigid and tight. Good ride/handling compromise given the suspension’s firmness, and it delivers when you’re into it. The 86 generally rides uneven surfaces and undulations with disciplined absorbency.

Immediacy and precision of steering connection is brilliant, as is superb chassis balance, which lets you generate surprisingly high corner speeds despite modest tyre size and spec. Brakes initially feel wooden, but this helps to modulate the pedal during harder braking. Tight LSD contributes to accomplished demeanour and driftability.

Base MX-5 rides better on its 16s than the Roadster GT’s 17s. It would be difficult to overlook the 2.0’s grunt, but in stepping from the 1.5’s lesser power-to-weight to a virtual match for the 86 (with superior torque-to-weight ratio courtesy of the Mazda’s trim kerb figure), you’d also go from $2K more than the 86 to $4500 more.

MX-5’s presentation and materials are nicer, but the plain-looking seats can lead to lower back soreness after a few hours. The lack of a rear seat may be a deal-breaker for some while the drop-top – easily raised or lowered from the driver’s seat – could also be a selling point or a minus. Also lacks a digital speedo.

Slick, short gearshift is nicer than the Toyota’s and the spherical gearknob feels better than the plasticky 86 unit. Sweeter, more cultured across the revs but never goes as hard. Impressively frugal at 6.5L/100km on test. Hills tackled in sixth at 100km/h require plenty more right foot. Both cars are amenable to heel-n-toe. 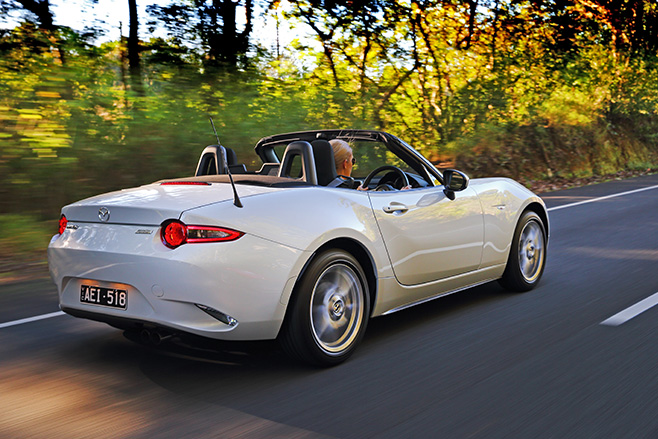 Lack of a fixed roof means the MX-5 is noisier inside even with the top up. Ride comfort is a bit softer and smoother than in the 86. Yet, despite the seemingly softer suspension, the body can be felt subtly jiggling on lumpy backroads, so you gain posterior comfort but lose a bit to vibration and harshness.

Thinner-rimmed, nicer-feeling leather wheel connected to steering that, though responsive, doesn’t deliver the 86’s accuracy or linearity, even when the snout is loaded up. Handling is more fluent than the Toyota’s but ultimately not as immersive; balance of a similarly high order, but the driver’s connection with the chassis isn’t as intimate.

Logic and reason might dictate your answer to the circa-$30K rear-drive coupe question, but it was a good, hard drive that made ours clear. The Toyota 86 GT’s compelling list of strengths include being less costly, more practical, more refined, quicker and, as the product of Toyota and Subaru, unlikely to bankrupt you. But more than anything it’s involving – the steering and chassis balance are superb – which makes it a better affordable driver’s car. The MX-5, on the other hand, is considerably more efficient, better finished inside and lets in the sunshine, but only one passenger. It’s a terrific drive and, for some, could be the one. However, our head and heart say 86; it’s just a tuneful, powerful engine away from being an all-time great.