Unless you have been living in the Simpson Desert for the last decade, you will have noticed the snowballing popularity of SUVs on Australian roads. In fact, and somewhat ironically, even if you had been living in the middle of the continent, the few vehicles you would have seen would most likely have been SUVs, so you get the point.

At the affordable end of the spectrum, all of the mainstream brands are clamouring for a piece of the action. But the market is by no means limited to customers with a more modest budget and all but Ferrari and McLaren have confirmed they will weigh in.

For the SUV shopper who wants to sidestep the affordable, mid-range and all but the most opulent options in the high-rider market there are few that can compete with Bentley’s Bentayga, which is now available with the mighty twin turbo W12, or this - the diesel. 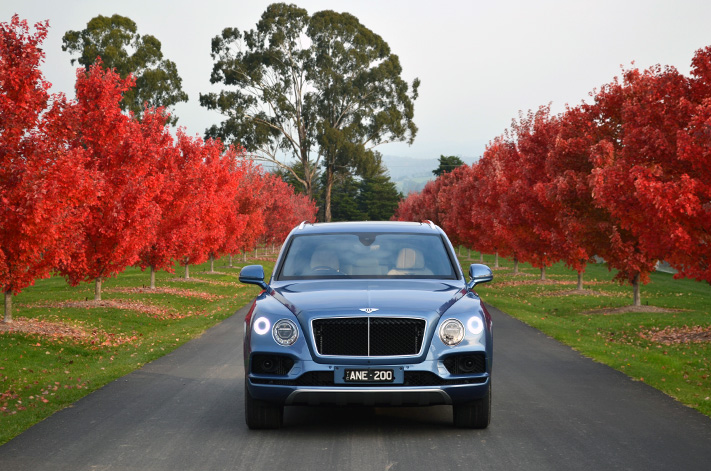 Why go for the diesel? Our trip out to the Yarra Valley for the weekend gave us time to consider why the British car maker decided it was time to welcome spark ignition into the flying-B fold.

For a start, the 4.0-litre V8 is incredibly smooth and is completely silent when cruising and doesn’t even have the option of hiding behind road or wind noise because that is notably absent as well. 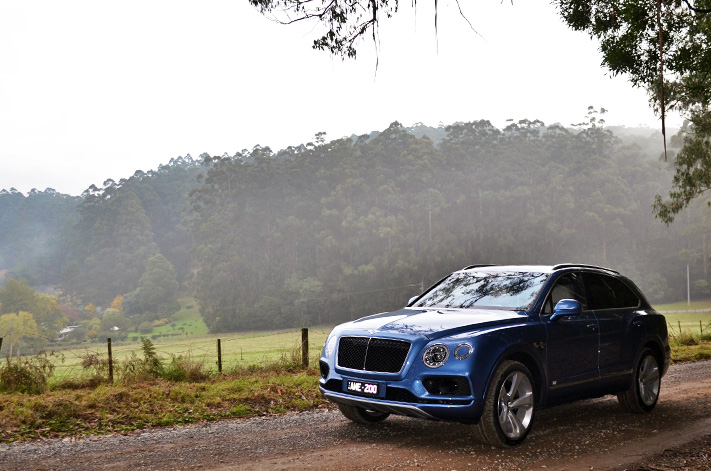 None of Bentley’s typical ride quality and cabin serenity has been compromised by the move to an SUV, and its cosseting cabin was the perfect place to take in the beautiful valley’s turning leaves and a long overdue catch up with a friend.

Our Bentayga had been fitted out with a rich ‘linen’ off-white leather interior which was accentuated with fine optional quilted stitching and leather dash which extended to the door capping and roof lining in black and navy blue.

The cabin and fit-out is every bit a Bentley with only the odd reminder that the Bentayga is related to Audi’s SQ7 such as the shared indicator and wiper stalks, but if you were going to pinch the odd part from a sister vehicle then you could do a lot worse than the hugely impressive Audi large SUV. 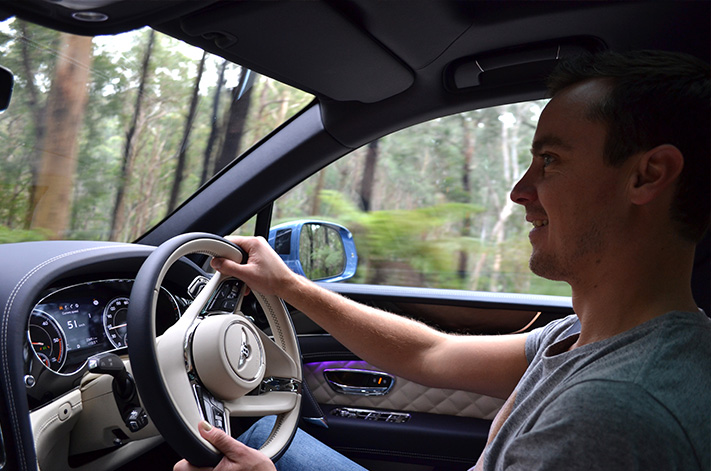 As the hills of the Yarra Valley converge and steepen into the Toolangi State Forest, a spider’s web of meandering unsealed roads permeate away from the black top. Any discerning Bentley or luxury sedan driver might haul up the horses at the prospect of potentially slippery and unpredictable trails, but the Bentayga’s all-paw traction and boosted ride height allows more adventurous options.

That said, the Bentley defies its weight and height on twisty routes such as the excellent winding Chum Creek road where its monumental torque and clever body-roll cancellation systems allow seemingly impossible pace. 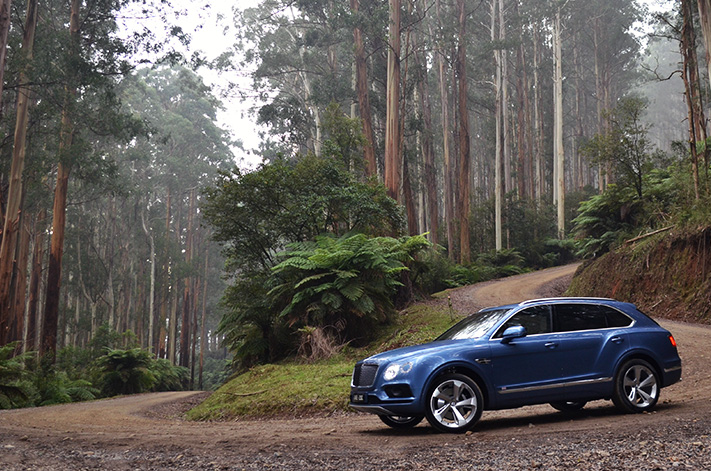 When the asphalt came to an end, we found ourselves climbing out of the fog through the winding forest trails and after a short walk broke through the soupy layer of mist to one of the most panoramic views of the valley courtesy of Mt Saint Leonard. On any normal day, Melbourne’s CBD can be seen 60km to the south west but today the vale was filled with an eerie lake of white cloud.

The one hour round trip on foot was thirsty work and we were glad to tap our boots clean, slide into the Bentayga’s welcoming hide and head off to one of the valley’s multitude of cellar door wine tastings. 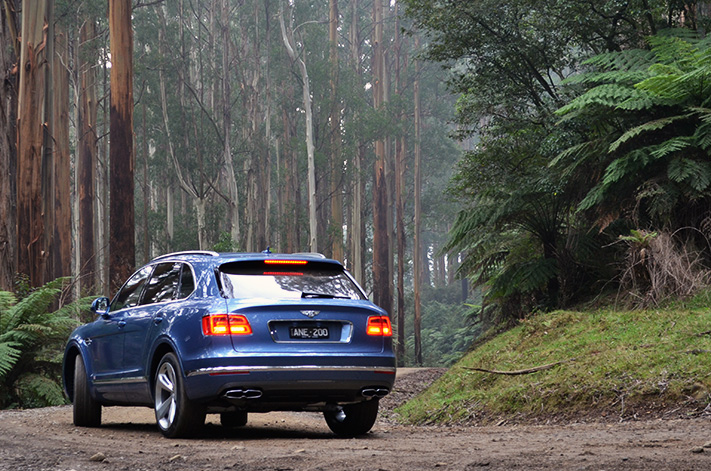 With a full day of touring the many excellent wineries (and lots of spitting to make sure your licence stays yours), the Bentayga has a generous 484-litre boot for stocking up with a few cases and is expandable to 1774 litres if you decide to take the whole vintage.

Delightfully, the boot of our car had been fitted out with the ultra-luxurious optional Linley Hamper by Mulliner which houses fine crystal glasses, cutlery, crockery, bottle holders and even a blanket and extendable seat, in custom-fitted leather boxes. 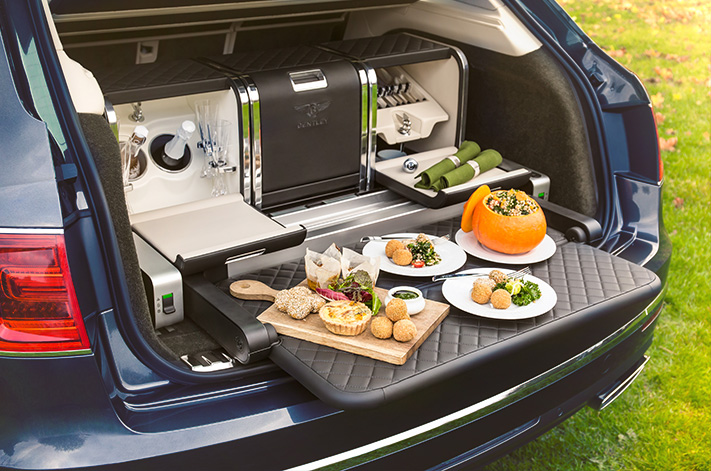 Rather than putting too much faith in Victoria’s changeable weather and a picnic, we headed for the coast for a fish and chip dinner on the beach.

Powering from the valley to the coast in the fading light could feel like a race against time, but the Bentley’s massive 900Nm of torque offers extraordinary pace, and the plush interior is every bit as magical at night thanks in part to the fantastic colour changing ambient lighting.

Before we knew it, we were at Port Phillip Bay’s lapping fringes, polishing off flathead and kicking sand in our chips. 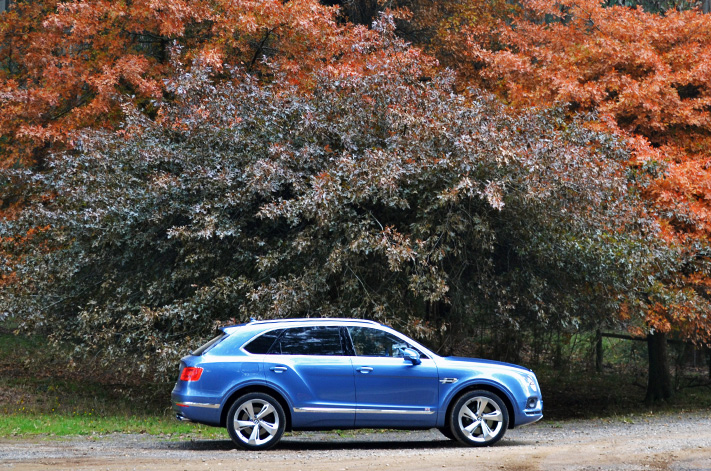 A single weekend is not enough to gauge if the Bentayga is as versatile as Bentley claims, but our brief tour of autumnal Victoria certainly highlighted how easy the big SUV would be to live with day-to-day and its promise of Bentley charm combined with rewarding driving dynamics.

Why would you opt for the diesel and not Australia’s most powerful SUV powetrain? Well for a start there is the $92,300 that will still be sitting in your account after handing over $335,000 for the V8, rather than the $427,300 for the only other option. 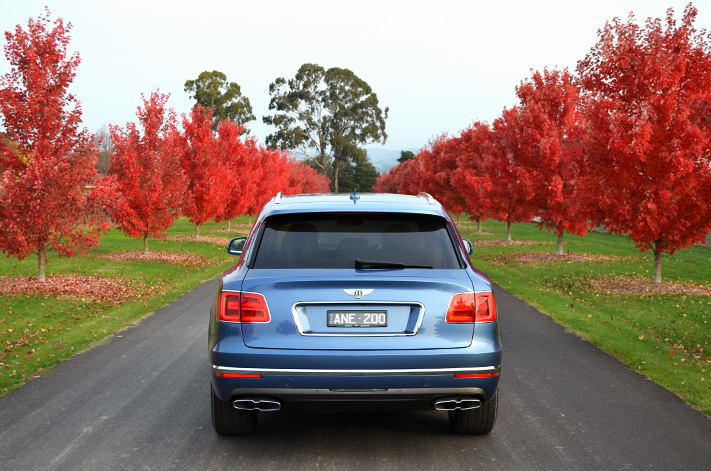 Some might argue that with so much in common with the Audi, an extra $181,384 over the German option ($153,616) is hard to justify but it is likely to be a much easier decision for Bentley’s loyal following. It is also worth remembering that this is the most affordable way of putting a new flying-B badged car on your driveway, or boat ramp, or polo field, or stable yard.

Consider also that the impressive torque figure also comes with almost unbelievable fuel economy. With 900Nm on tap and 2.5 tonnes to haul around, we still managed to return an indicated fuel consumption figure of 8.6 litres per 100km.

If you were one of the people to stamp on your hat when Bentley announced it would build an SUV, then you would almost have certainly run around in circles when you heard the model would also pioneer its first diesel.

But, while we acknowledge that both high-riders and oil-burning engines are a dramatic departure from Bentley’s otherwise unfaltering reputation for offering luxury passenger cars with petrol engines, the Bentayga diesel is a pleasantly surprising feather in the winged B’s cap.