The hugely powerful, all-wheel drive RS4 is a wagon that is astonishingly rapid point-to-point, but also has an impressively civilised side

Now in its fourth generation, the Audi RS4 ditches the big 4.2-litre V8 engine of the previous two iterations in favour of a smaller 2.9-litre turbocharged V6 powerplant. In that regard, it’s more akin to the 1999 original, which hefted a 2.7-litre turbo V6, and Audi is determined to prove that less - in this instance at least – is more.

While the engine’s capacity might be smaller than before, thanks to two turbochargers, it packs one heck of a punch. Power stays the same as before at 331kW, but the amount of torque this engine generates is quite different. In the old V8, you needed to wring the engine out above 4000rpm to access its full quota of 430Nm. In this current version, there’s a rippling 600Nm available form a mere 1900rpm. In other words, the RS4 now feels effortlessly rapid all the time.  You don’t need to work the car hard to make rapid progress, and that means better engine efficiency, less driver fatigue and superior refinement. 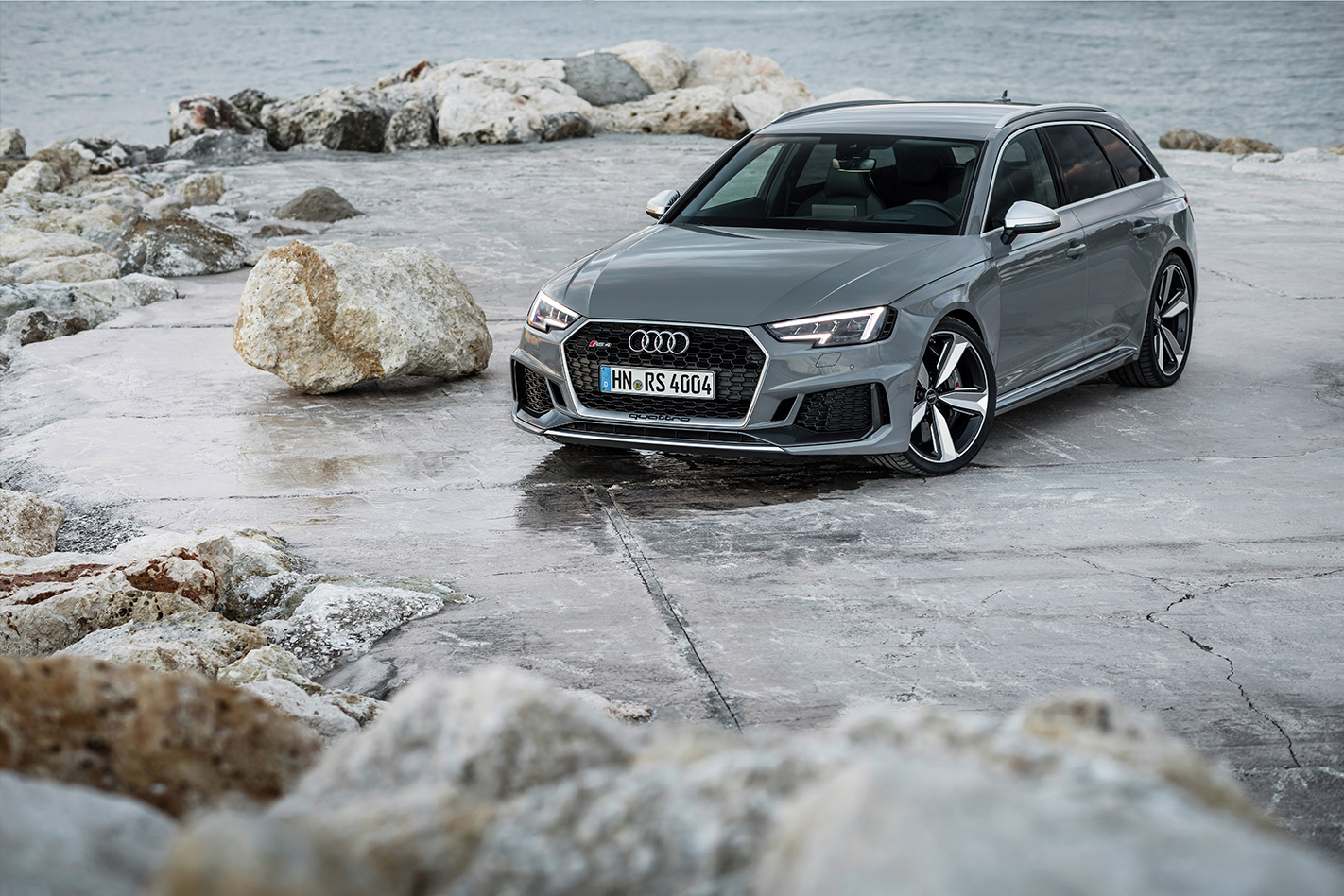 Switched into its angriest setting, the RS4 feels devastatingly potent. Audi quotes a 0-100km/h time of 4.1 seconds and that feels extremely conservative. You also get a bunch of theatrical pops and bangs from the exhaust, but if you’d prefer to dial back the drama, the RS4 has a civilised side where it feels – and sounds – much like most other Audi A4 wagons, albeit one that compresses time and space when you commit to the right-hand pedal.

You’ll need around $155k to get your hands on one, but the Australian cars include a number of equipment items such as a clever rear differential, sports exhaust and the ingenious Dynamic Ride Control system that are options in most other markets. 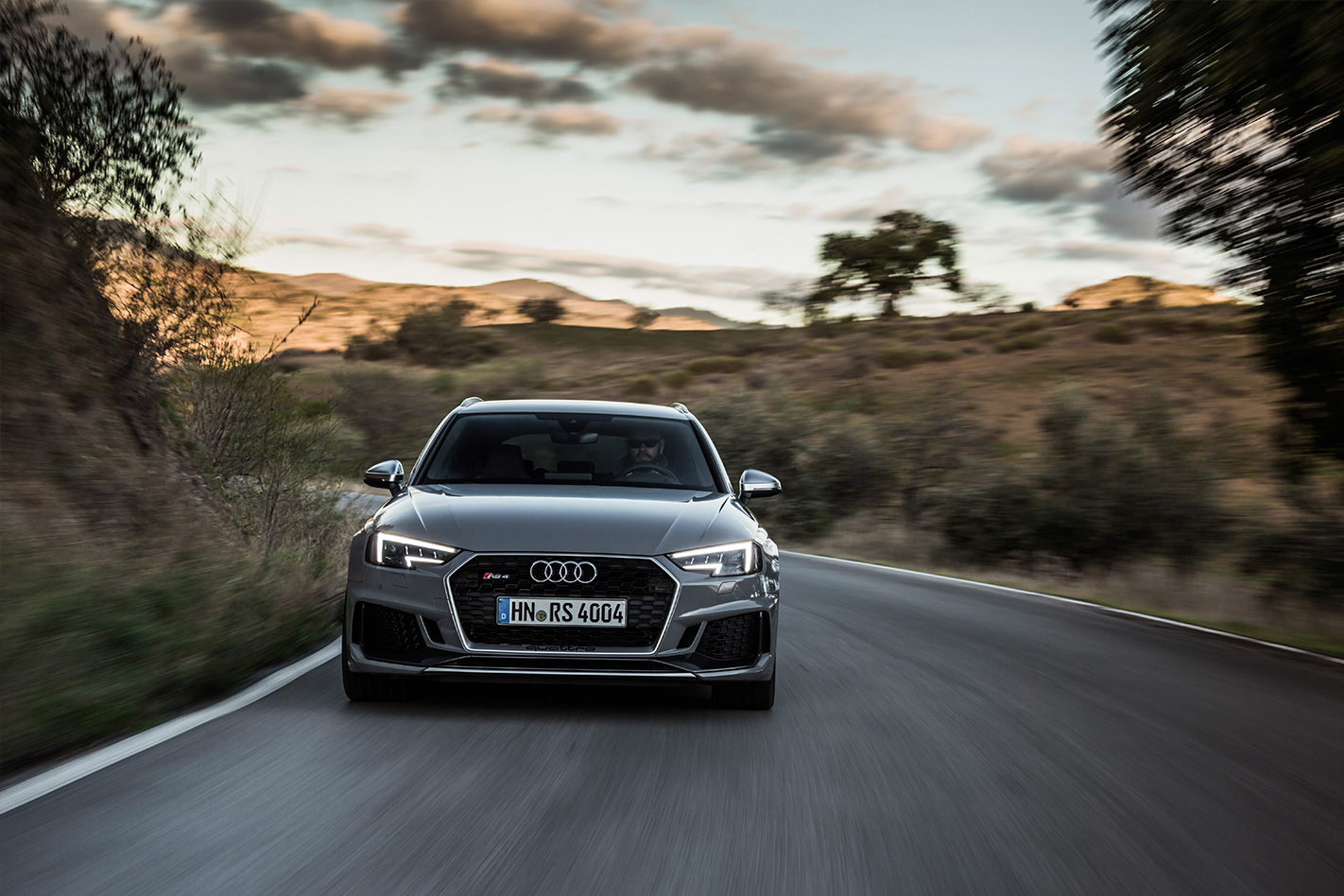 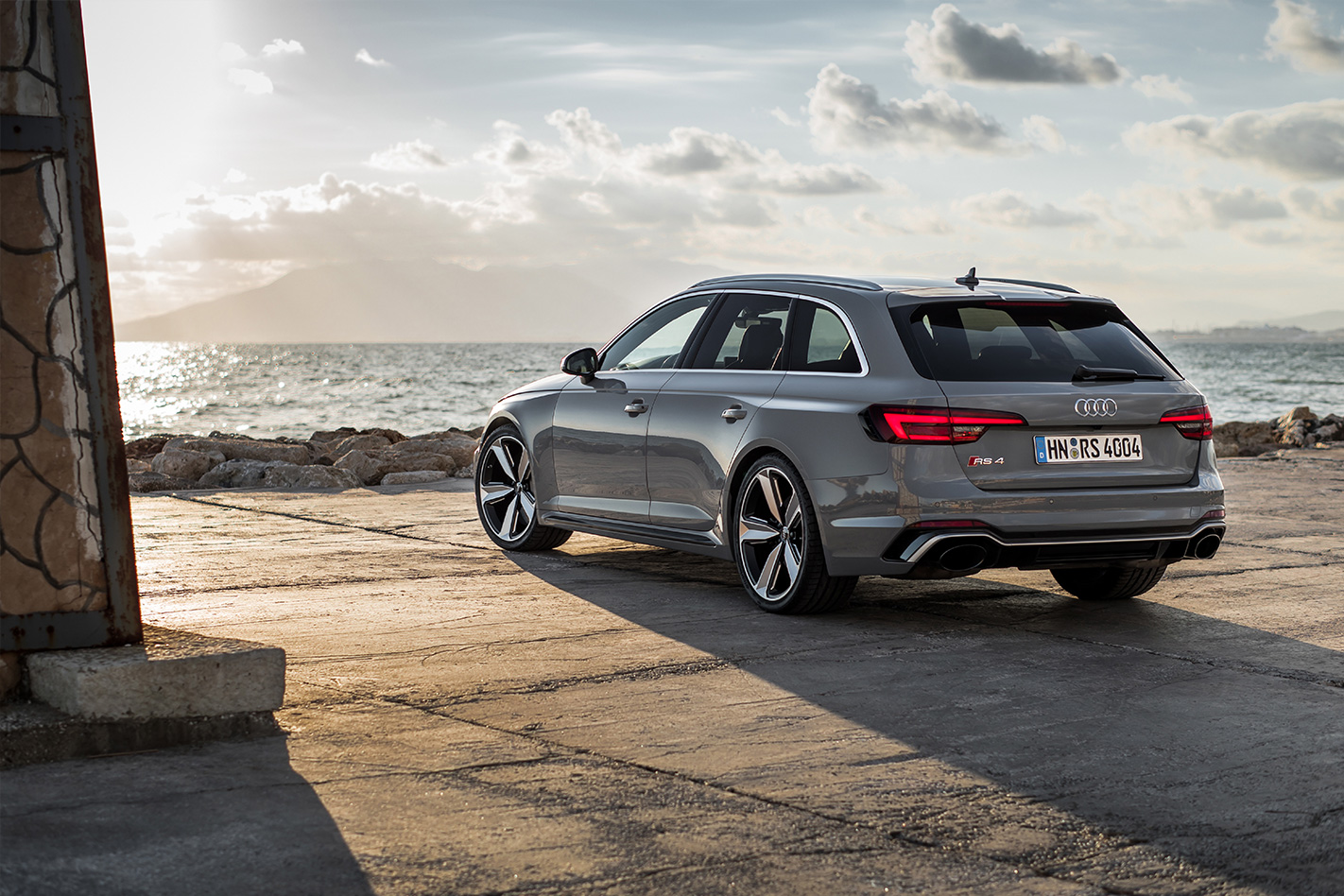 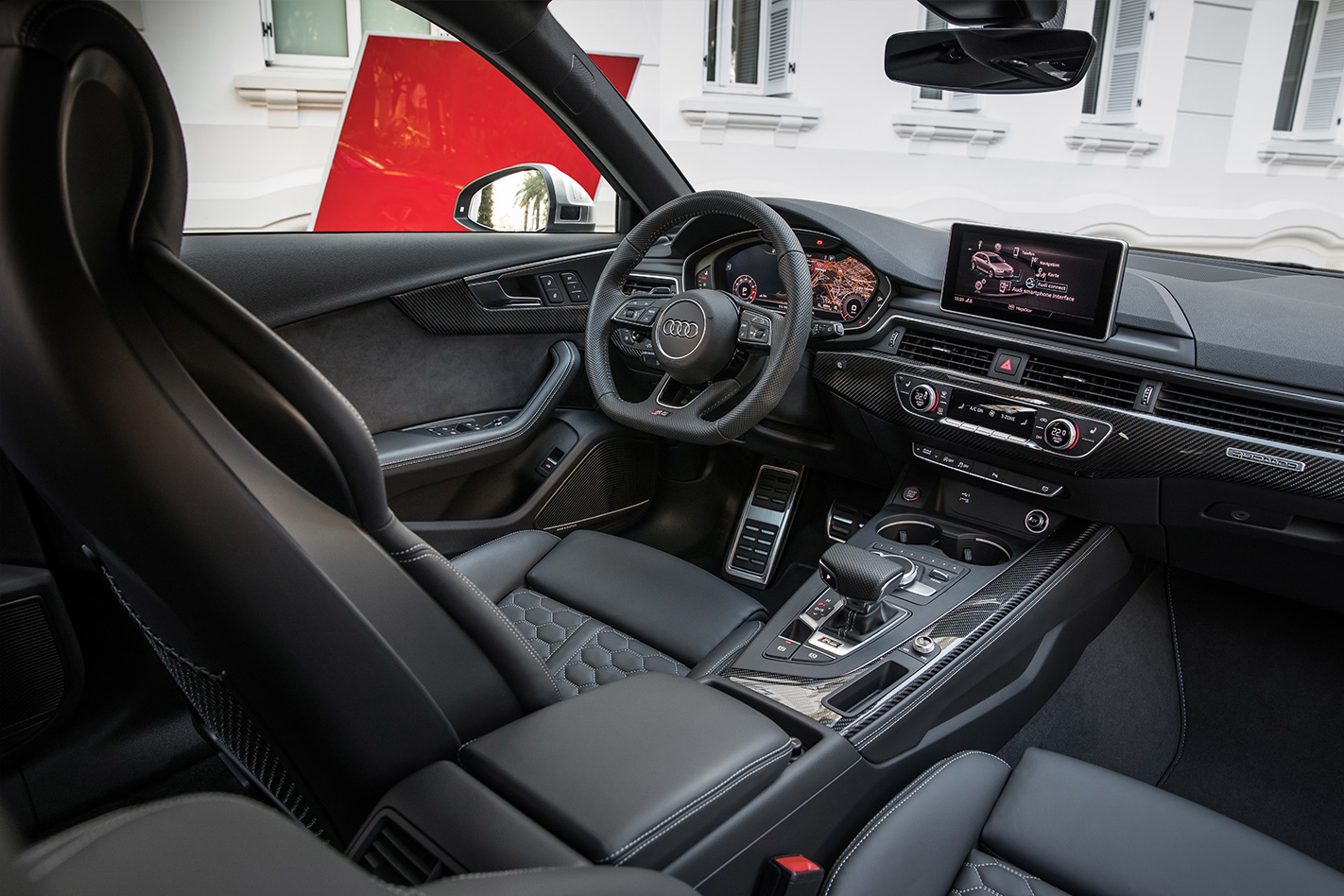 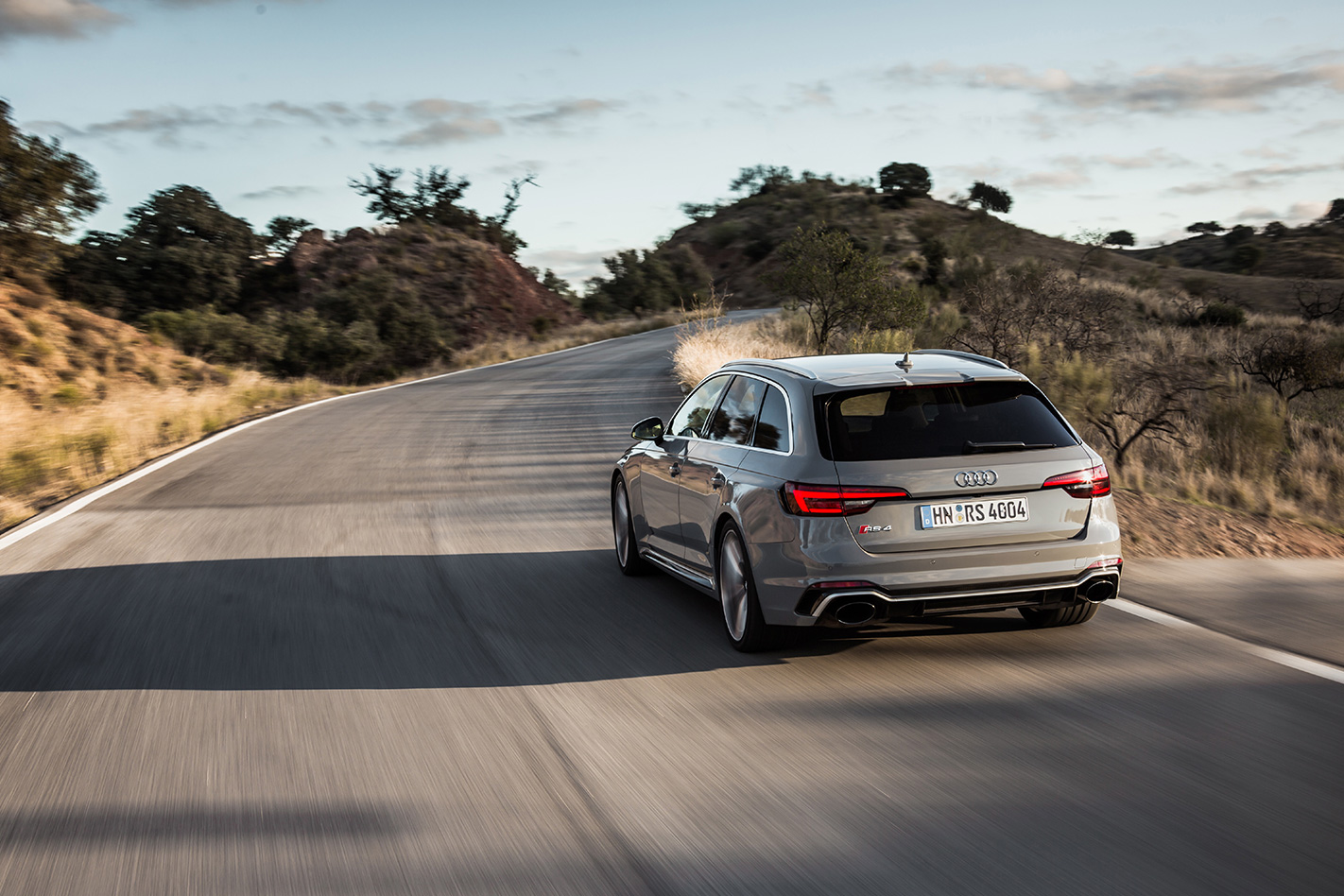 You can’t have both attributes with a three-pointed star. It’s also worth considering Porsche’s Macan Turbo  with Performance Pack. It’s extremely quick, features all-wheel drive, and is almost lineball with the RS4 on price. 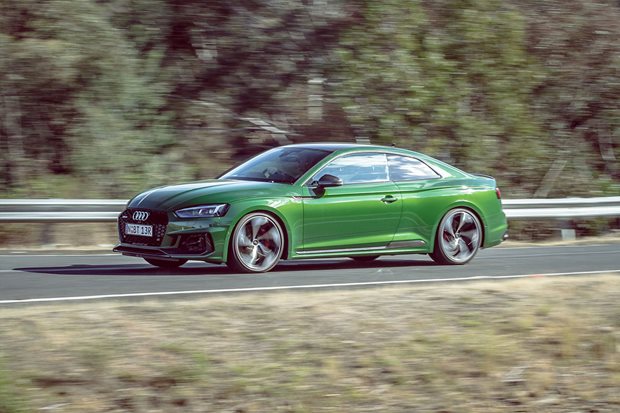 Audi’s second-gen RS5 rights the wrongs of the original 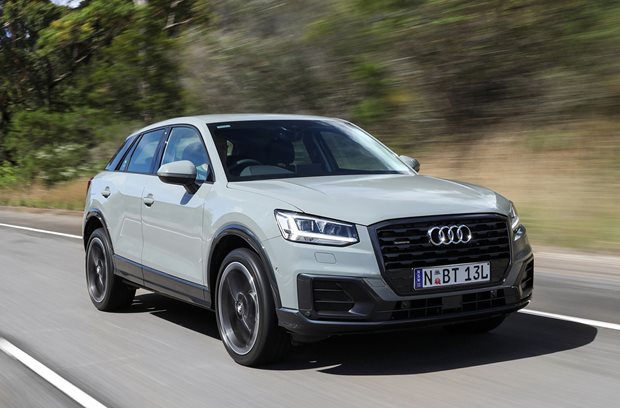