It seems almost impossible to believe that Citroen – a company with 100 years of history behind it – has not yet done an SUV. In some ways, though, it could be argued that Citroen’s utilitarian 2CV was one of the very first do-everything vehicles; carry a hay bale on Friday and go to church on Sunday.

The new Citroen C3 Aircross invokes some of the spirit of practicality of the 2CV, while bringing a new spin to the notion of the compact SUV. Australian buyers, though, have all but forgotten about this legacy brand – is the C3 Aircross the way back? 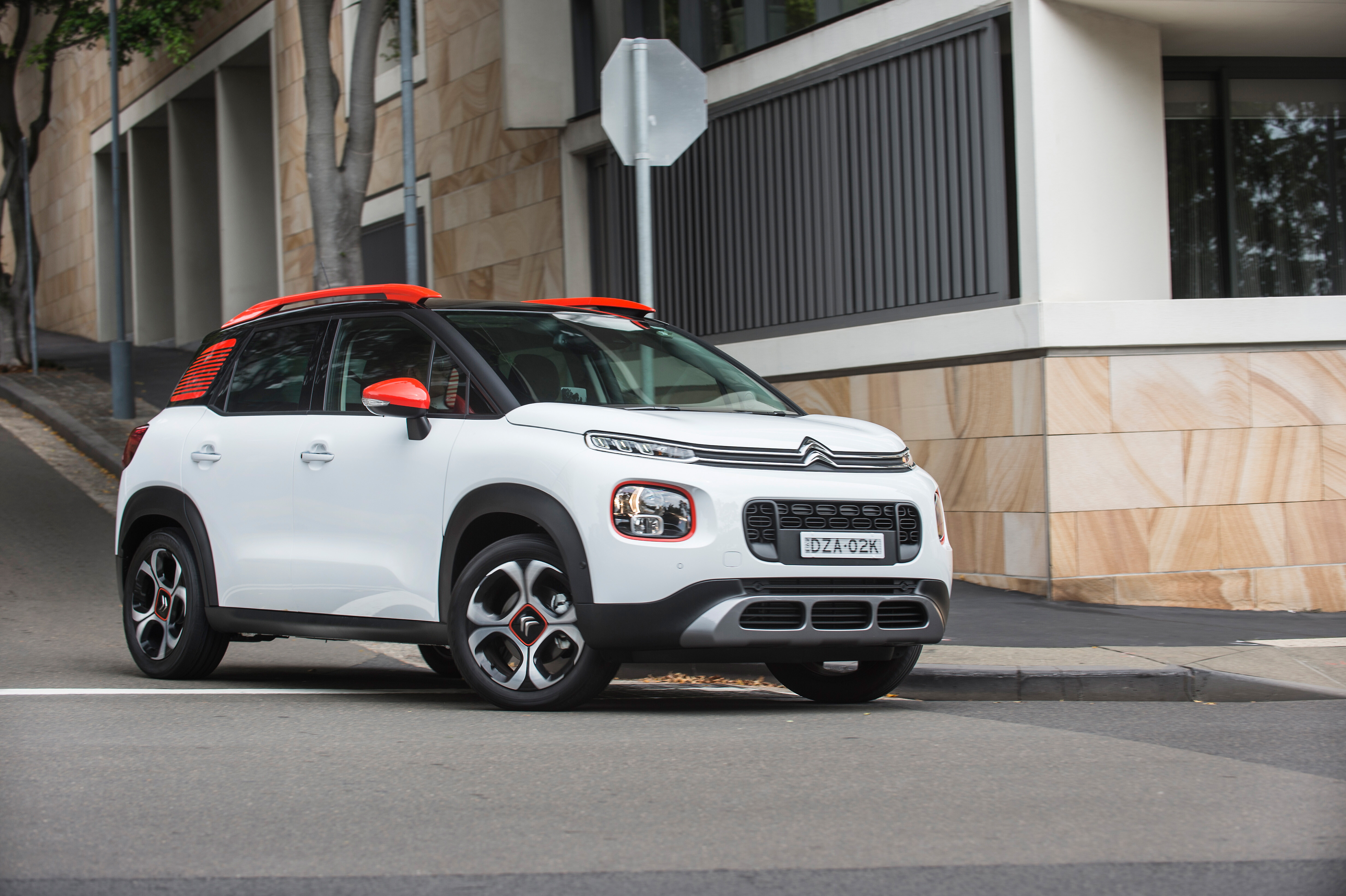 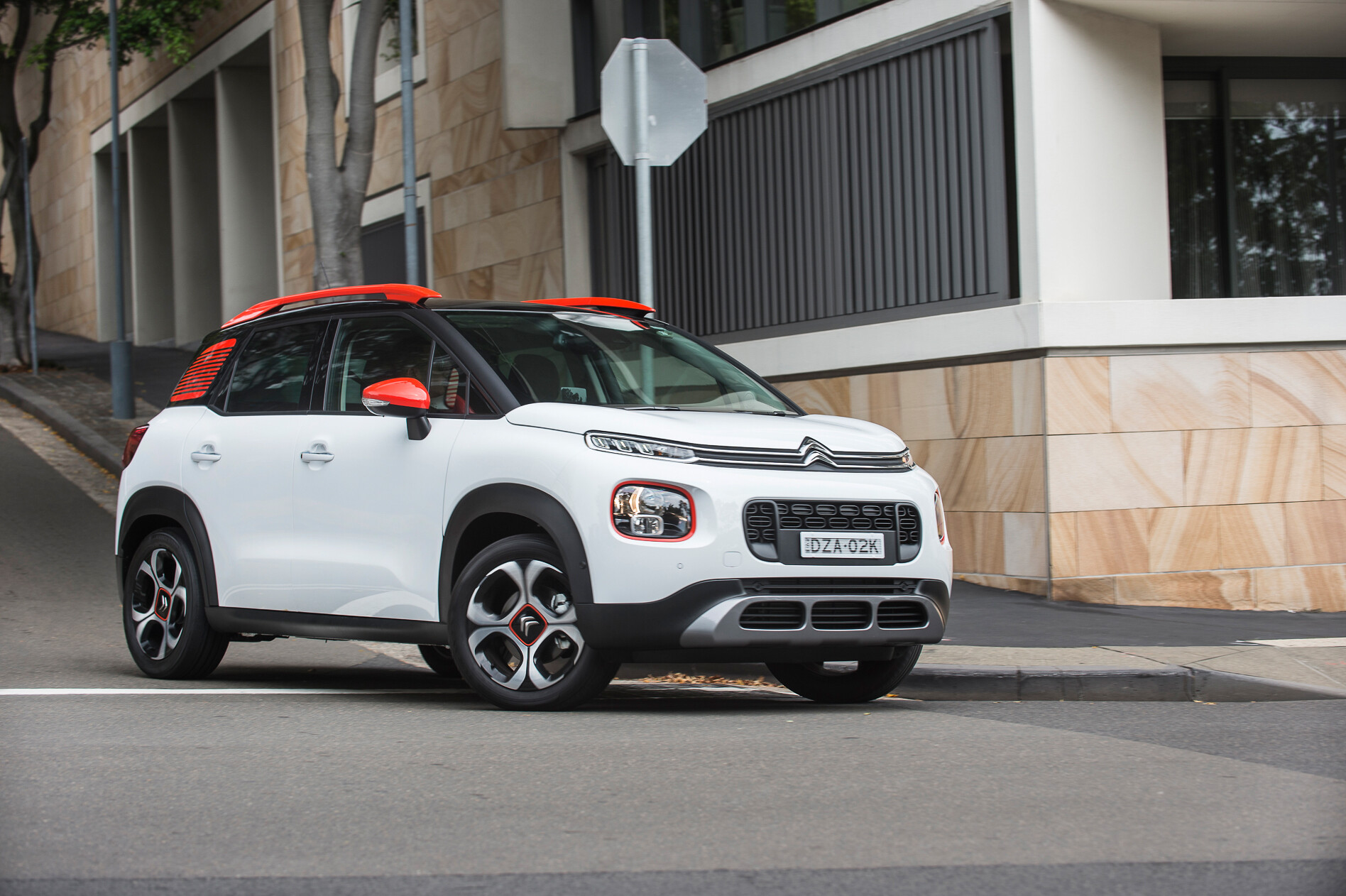 The pricing structure of the C3 Aircross could not be simpler – there is one spec and trim level, and it costs $32,990 before on-road costs. There are no options besides the colour palette, and Citroen hopes that this massive simplification of the line pays dividends on the sales floor.

(Actually, there is one other variant; a Launch Edition will offer a sliding glass roof and grey trim with red highlights for the same price, but just 20 will come to Australia.)

MORE SUVs coming to Australia in 2019

That said, the C3 plays in an incredibly competitive subset of small SUVs, with the oldest car in the segment – Mitsubishi’s ASX – being the best seller, thanks to a combination of decent size and low price. The most expensive Exceed you can buy is $2000 cheaper, for example, while the Mazda CX-3 offers strong competition, as well.

However, the list of inclusions on the C3 Aircross is extensive to say the least. On the outside, there are LED daytime running lights, 17-inch alloy rims, roof rails and a two-tone colour palette, while the interior offers a quite amazingly detailed set of specs.

A two-tone cloth interior and a powered driver’s seat are standard as well.

Compare that cargo space like-for-like with the Honda HR-V (411 litres), Mitsubishi ASX (393 litres) and Hyundai Kona (361 litres), and the C3 does pretty well.

A space-saver spare wheel hides under the boot floor, which can be mounted lower in the car for maximum space.

The C3 Aircross offers six airbags including curtain bags, as well as ISOFIX baby seat mounts and all of the aforementioned safety kit including AEB and blind-spot departure. Big tick for the birds-eye view camera, too, which provides a drone-like above-car shot for parking.

The speed sign recognition system, too, works amazingly well, and syncs with the cruise control to suggest that you stick to the speed limit.

The AEB system is camera-based and is limited to just 30km/h, though.

The Aircross was awarded a maximum five-star Euro NCAP score, which will transfer over to our local ANCAP rankings.

Citroen has flipped and flopped on its warranty story over the last few years, but has settled down on a now-standard five-year, unlimited kilometre version.

Service intervals are set at 12 months or 15,000km, while a five-year fixed price service plan will cost $2727.39 when purchased up-front (which earns you a 10 percent discount).

Citroen claims a 6.6L/100km combined fuel economy figure, backed by our 300km test loop which returned 6.8L/100km. The 45-litre tank needs a diet of 95 octane petrol to keep it running at its best.

The five-seat, five-door Aircross knows how to do headroom. The boxy silhouette equals tonnes of vertical space inside the cabin for both front and back-seaters. The front seats are mounted a little higher than they are in something like the brand’s C3 hatch, which makes getting in and out pretty easy. It’s nice to see some vertical adjustment for the front belts, too, as well as a reach- and height-adjustable steering column.

The rear bench is flat, which makes three-abreast seating a bit easier, but the centre sash belt retracts into the roof, which is a bit of a faff. Toe and knee room is fine back there, though., and the Aircross’s bright and airy cabin doesn’t sentence back-seaters to a dark and gloomy ride.

Quelle horreur, though… just one cupholder exists (though all four doors have bottle pockets), it’s awkwardly mounted between the front seats, and its odd size means a regular coffee cup rattles around in it. The inductive charging tray, too, is a touch on the small side for bigger phones.

I’ve spent a lot of time in the similarly powered C3, and the extra 200kg of weight in the 1200-odd kilogram Aircross is immediately noticeable in its responses. There’s simply more weight up high, and the Aircross isn’t, as a consequence, quite as nimble.

It does share the smaller car’s magic carpet ride approach to ride and handling, though, which has long been a trait of French cars in general and of Citroens in particular. There’s a bit of ambient road noise sneaking in and resonating around the larger space, but it’s not as bad as others in the space (cough ASX cough).

The Aircross’s small engine (a five-time Engine of the Year winner, apparently) behaves like a large one up all but the steepest of hills, and the standard six-speed auto is a million miles from the frankly terrible pretend-auto gearboxes that once plagued the brand.

It’s a different, more analogue experience to others in the space, too. There’s less filtering of sensation in the Aircross, and for me provides a car with a bit of feel and personality.

I don’t at all like the ‘Venetian blind’ stripes on the plexiglass rear three-quarter windows, though; I actually cut across the nose of another car when merging for the first time in years, because I simply didn’t see them when I looked over my shoulder.

Citroen is not a brand that is at the forefront of most buyer’s shopping lists, and it will be a tough job to claw back margin in the white-hot cauldron of small SUV sales here in Australia.

However, the C3 Aircross is an honest little jigger that’s specced to high heaven with the right gear, and for me, the $33k ask is not unreasonable. Its on-road dynamics are comfortable, the little engine is a sweetheart and you won’t see yourself in every carpark. Is it the best small SUV for you? If you value individuality, then it could well be.