Hybrid and electric cars get a lot of press these days, and you don’t need to be Benjamin Franklin to understand why. 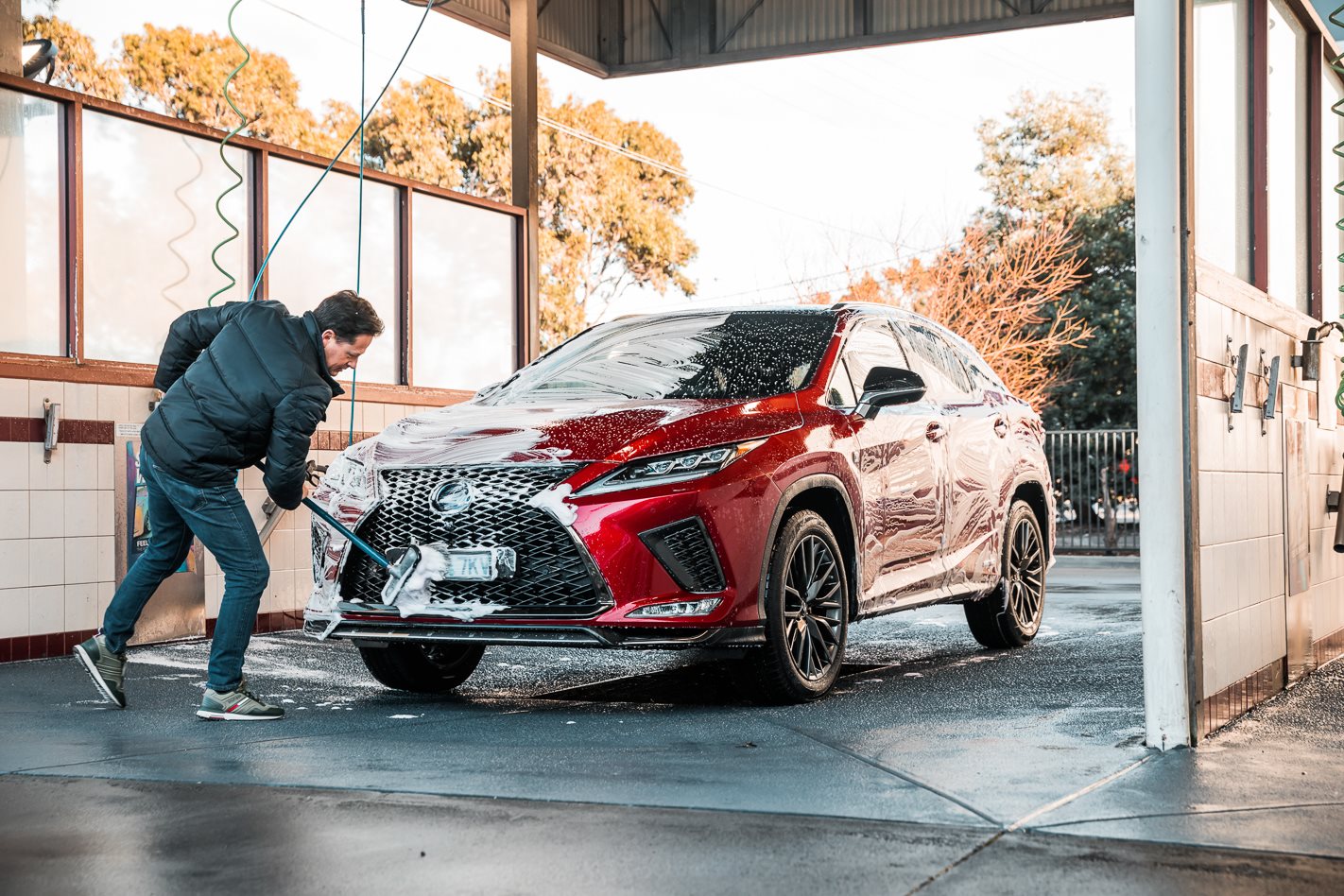 The two-pronged imperative of reducing our carbon footprint and increasing our motoring miles per dollar are strong motivators to choose a greener, leaner machine.

That’s what I’m telling myself as I slide behind the wheel of the Lexus RX 450h at the start of a month of temporary ownership. This hybrid-powered large SUV is the pinnacle of Lexus’s RX range.

It carries a $103,440 price tag, and it has an electric motor and battery pack to reduce my daily reliance on its 3.5-litre V6 petrol engine. 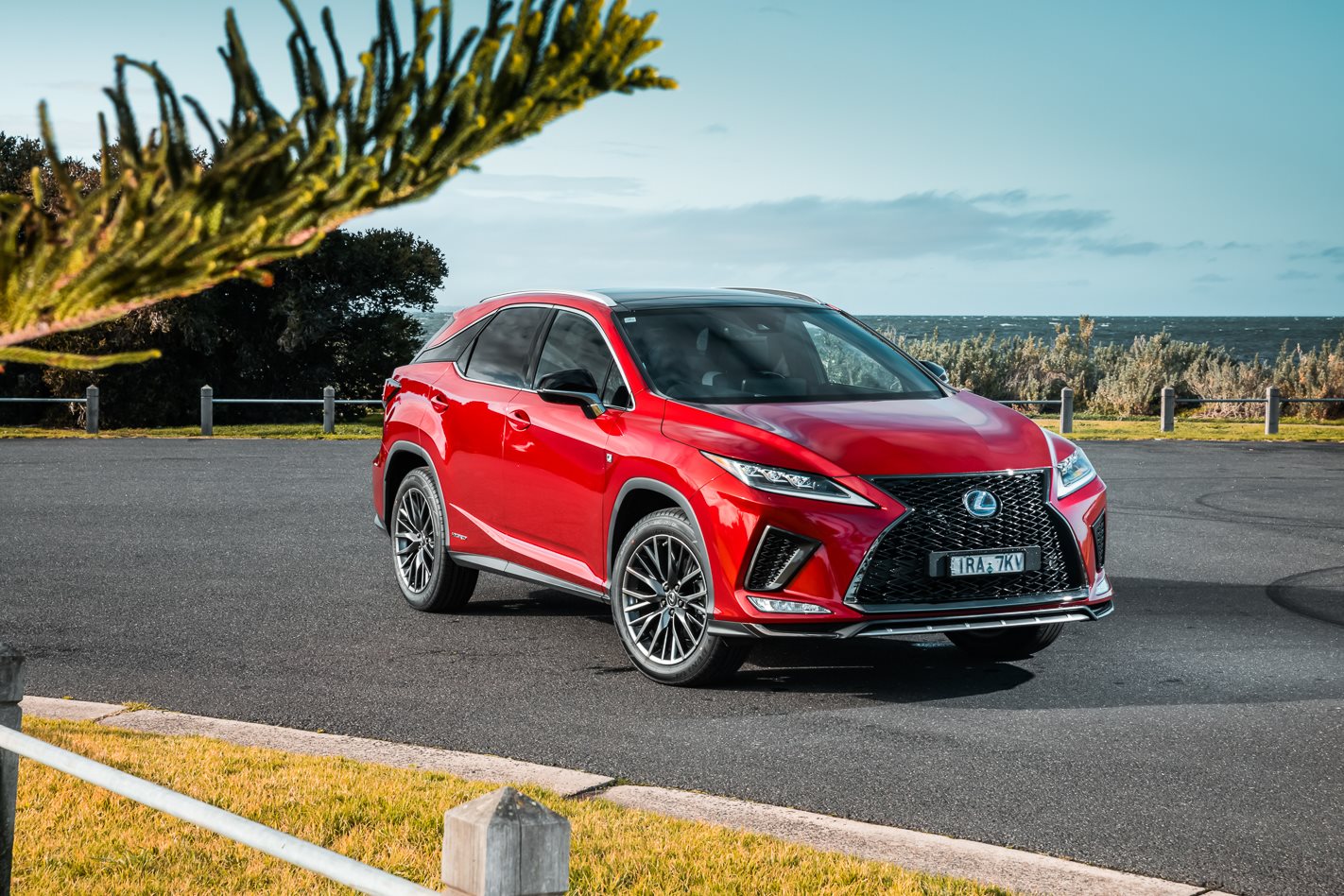 The RX 450h has the same high-riding 5-door SUV wagon bodystyle as its more affordable brothers, so I’m not expecting great surprises in there. That’s fine because I learned that the space is capable of accommodating five adults, and the boot is big enough to swallow my semi-regular jaunts to Bunnings for garden supplies, tools and wood.

My COVID hobby is turning perfectly good wood into sawdust and I’m very good at it. Occasionally, a wonky coffee table or teetering bookshelf also emerges from my man-cave.

Despite being the flagship of the RX range, the Lexus RX 450h’s cabin is not much of a step up on its less expensive brothers, but that’s partly because all RX models have high-quality, well-equipped cabins, and all three test vehicles have been equipped with Lexus’s F Sport options pack. 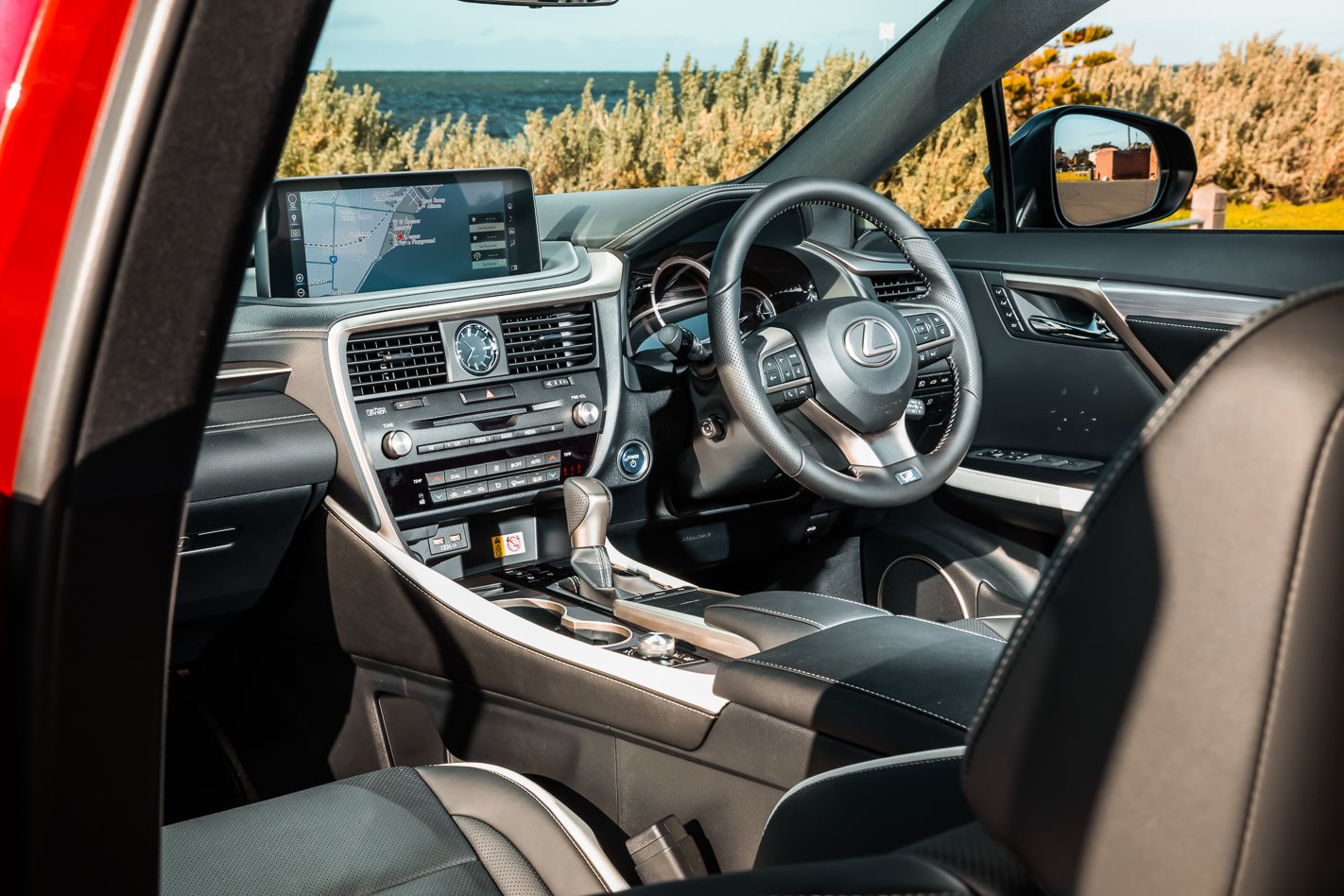 The headlamps, wipers and high beam are all intelligent, meaning they operate automatically when needed. Both cars had heated seats and memory settings for the driver’s seat – both of which are must haves. It should go without saying that all luxury SUVs have Android Auto and Apple CarPlay connectivity; all RX models do.

The ‘F Sport’ package brings a few other interior advantages such as sunshades for the rear doors – great for keeping the sun off baby’s delicate skin – a 15-speaker Mark Levinson sound system which is crisp, clear and true, and a panoramic view monitor. This last item combines the images from the front, side and rear cameras to give the driver a 360 degree view around your car.

So, what does the $103,440 Lexus RX 450h get inside to justify its higher price? Nothing. There are a bunch of new interior options – leather colours, bamboo woodgrain, etc – which only 450h buyers can fork out for, otherwise the car’s interior is just as luxurious as the less expensive RX 350.

The big difference is mechanical, and I’m not talking about the added left-front suspension member mount which Lexus says is there to reduce noise. I am talking about the hybrid drivetrain; the RX 450h’s unique combination of 3.5-litre V6 petrol engine and battery-driven electric motor, which brings two tangible benefits to daily driving.

Before we dive into how well the system works to reduce fuel use and improve acceleration, let’s quickly remind ourselves of why hybrids exist. It is to reduce our carbon footprint, and reduce the money we spend on petrol each week, because petrol isn’t getting any cheaper, right? 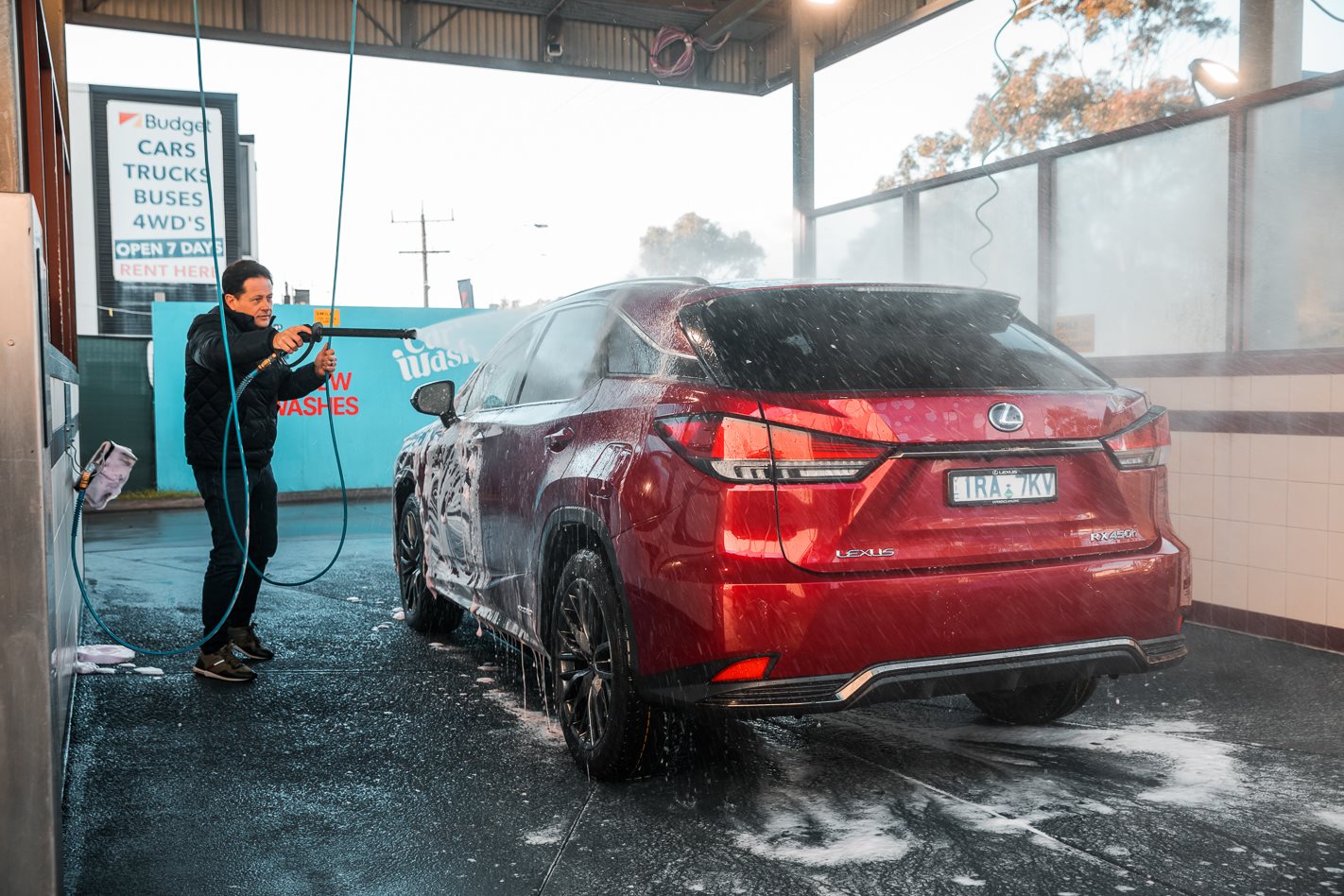 Actually, it is. The price of petrol in Australian capital cities in August 2020 is around $1.20 per litre, roughly the same as it was way back in 2005.

During that time, the average weekly wage has risen 60 percent, so the $50 a week you’re spending on petrol is now a much smaller percentage of your take-home pay. We’re also driving shorter distances each year, so we’re spending less again on fuel even before you consider how much more fuel-efficient non-hybrid 2020 cars are compared to their 2005 equivalents.

Luckily, the Lexus RX 450h has more to offer than just being a more economical RX. The 450h’s combination of petrol engine and electric motor delivers more real-world power than the RX 350 and therefore more performance, so it’s easier to drive. Accelerating away from traffic lights, the RX 450h feels smoother, yet has more urgency and energy too, and that is an addictive combination.

The electric motor and petrol engine are tuned to work together with a continuously variable transmission (CVT), and it works well. Also, if you spend some time under 30km/h – tootling around carparks, crawling around in traffic – it’s possible to hit the EV mode button and put the petrol engine to sleep, although I found it a touch hit and miss. Sometimes it worked, sometimes it ignored me.

Now that two of our six weeks together have passed, I am quietly impressed by the RX 450h. It has all the luxury, comfort and practicality of the other RX models, and offers more performance and better economy.

I do think Lexus could have done a bit more to differentiate the interior from lesser models, but the cabin is not exactly skid row. My only real problem so far is getting my head around whether saving $20 a week is worth an extra $10K up-front.

I guess it comes down to how seriously you take your responsibility to our planet. But then if you’re that kind of person, you’re probably on a bicycle and not driving a car. 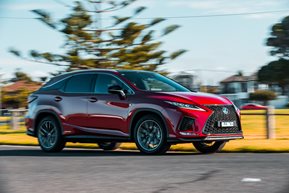