Engine choice used to be quite simple in a Range Rover. If you owned an oil refinery or had a strange fetish for petrol stations you bought the supercharged petrol V8, otherwise the twin-turbo diesel V8 was the pick.

These days it’s a bit trickier. Those two options remain, as well as the ‘base’ six-cylinder diesel, but there are a couple of intriguing new choices. One of which is the new plug-in hybrid we’ve sampled previously, but should your e-juice run out on a long drive you’re left with a 2.0-litre four-cylinder engine lugging 2.6 tonnes of Range Rover. Not ideal.

For those who like to venture further afield there’s the new straight-six, mild-hybrid petrol P400. It’s 3.0 litres in capacity with two turbochargers and a 48-volt electrical system, which can store energy harvested during braking and use it to spin up an electric supercharger, theoretically eliminating turbo lag.

MOREWhy straight sixes are making a comeback
It works, the Rangie charging forward in response to a floored throttle, the slight hesitation as much a function of needing to get 2342kg moving as any engine delay. It’s a mark of the straight-six’s potency that this Vogue still feels rapid, its 294kW/550Nm enough for a 0-100km/h claim of 6.3sec. 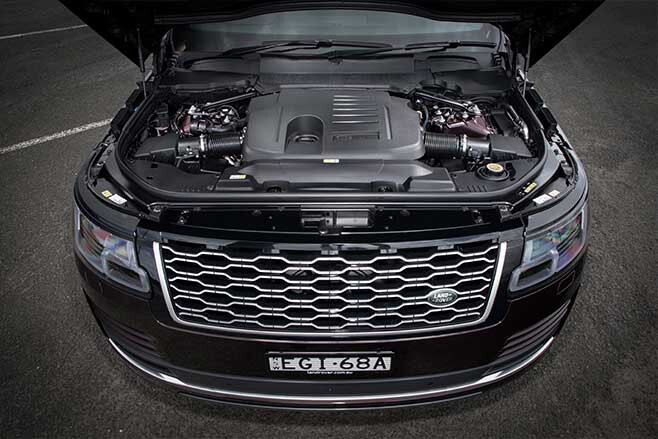 Still, if you want to go fast buy the supercharged V8, and there’s no denying the buttery-smooth bent-eight suits the Range Rover’s character, but there are benefits to dropping a couple of cylinders. Fuel economy is the main one.

The official claim of 9.1L/100km is optimistic, though would be achievable on the highway, but our mixed average of 11.3L/100km isn’t shabby in something this size.

MORERange Rover TDV8 Autobiography review
Another positive is the upfront purchase price. Granted, not a huge consideration at this end of the market but choosing the inline-six rather than the blown V8 saves you almost $75,000. Or rather, gives you another $75K to spend on options, of which there are plenty.

Our test car includes almost an extra $40,000, the comprehensive active safety pack accounting for $9445 of that, the laser headlights another $6940, the snazzy 22-inch wheels $5960 and fancy chairs – incorporating heated, cooled and massage front seats along with heated and cooled reclinable rear seats – another $4900. 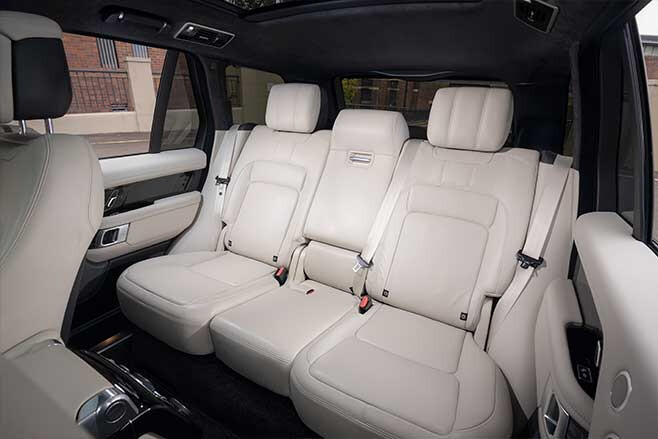 Significant updates through its life have kept the eight-year old interior fresh, with digital instruments and twin giant touchscreens that control all vehicle functions. 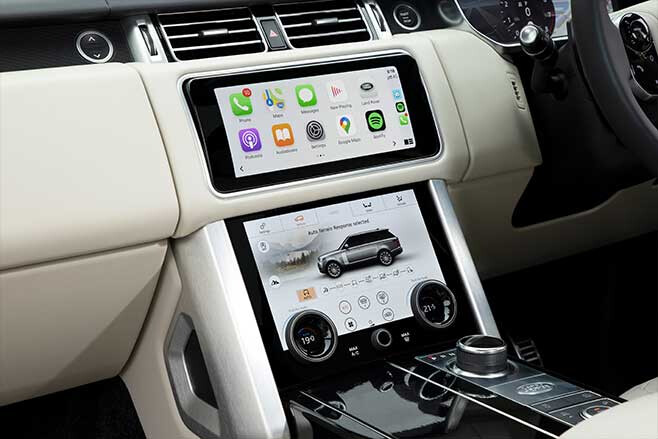 What the full-size Rangie nails, though, is the concept that luxury isn’t gadgets but a feeling, a sense of wellbeing. You simply feel calmer and more relaxed while driving it.

You can hustle it quite quickly but, to be honest, it’s the last thing you feel like doing; better to tweak the massage setting, put an elbow on the sill and waft. I found myself driving without music just to enjoy the silence. 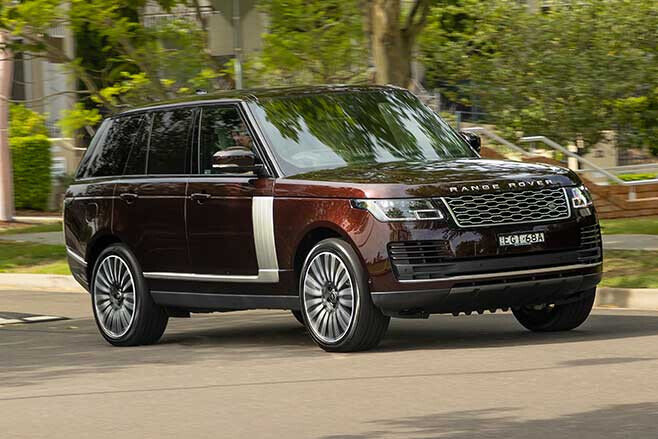 An all-new Range Rover will appear next year, but the current L405 doesn’t feel in need of replacement, primarily because in the ‘elevated luxury’ segment it’s pretty much the default choice, at least at this price point. The only decision then is which engine to choose.

What you will like
Nails the luxury off-road brief; impressive straight-six engine reduces fuel bills