There’s a lot to like about Kia’s Cerato GT, picking up where the characterful ProCeed GT took off. However unlike its frequently forgotten three-door predecessor, the Cerato GT boasts broader appeal thanks to its more conventional and palatable sedan body layout and the availability of an automatic transmission. 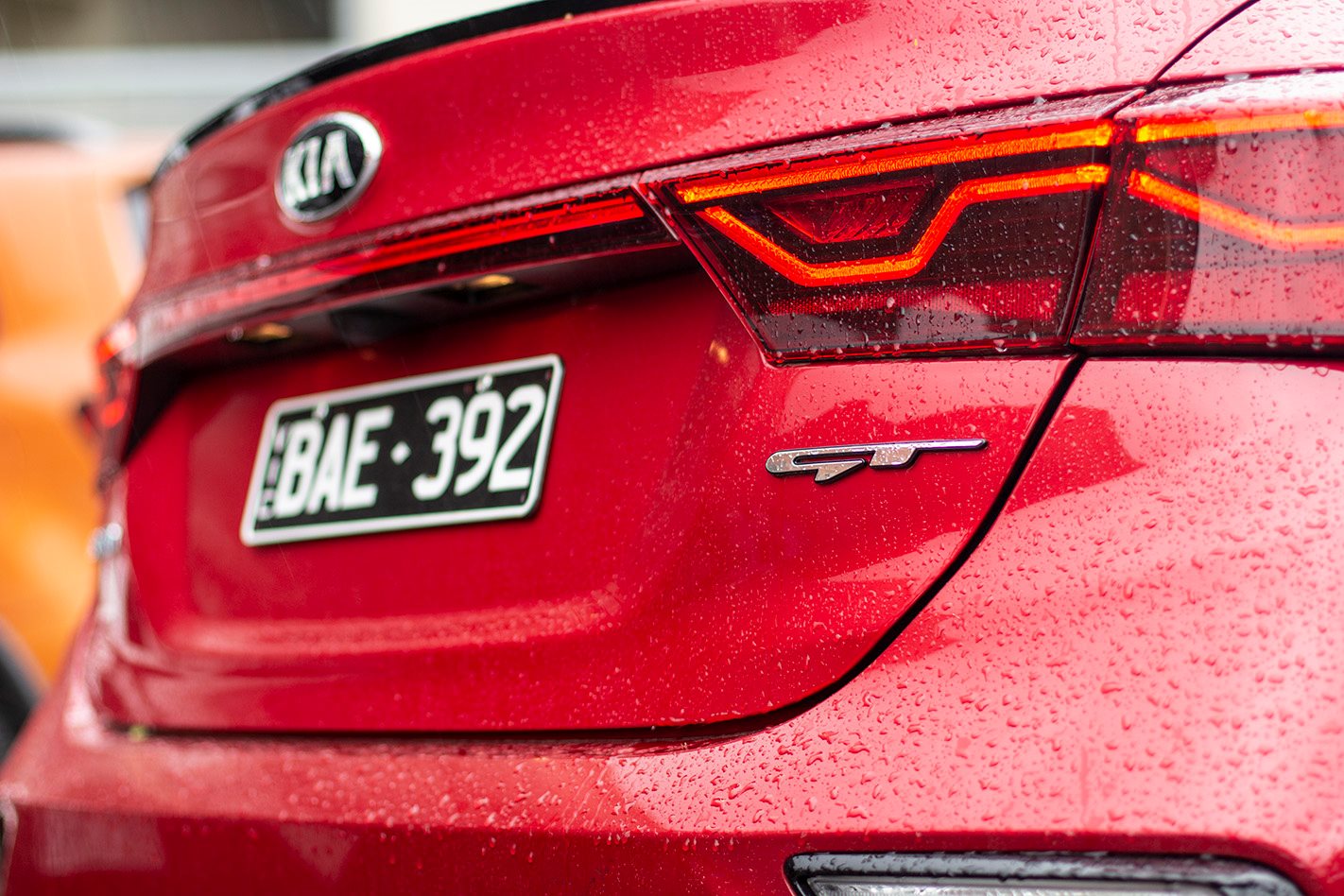 It still gains all the goodies such as the exclusive multi-link suspension out back, upgraded suspension components, bigger sporty brakes, Michelin tyres and that same characterful 1.6lt turbo offering unmatched 150kW within its class.

Those are solid on-paper credentials, particularly if you're fond of the occasional spirited drive. Is it the perfect daily driver for enthusiasts? The WhichCar team are definitely keen drivers, so maybe a few months with the Cerato GT will be a good thing, no?

READ MORE: Thinking of buying a Cerato? Here's everything you need to know

After picking it up, initial impressions are promising thanks to its punchy powerplant offering an addictive torque delivery and a surprisingly unstressed overtaking ability on the road. That seven-speed dual-clutch automatic, which we reckon most buyers would be gravitating to, is also a sweet unit.

But beyond the mechanicals, the GT's cabin is positively overflowing with gear. The abundance of dark leather sets a good tone as you enter the cabin and settle into the power-adjusted driver’s seat (which is also heated AND cooled), there's dual-zone climate control, an eight-speaker JBL sound system and a big 8.0-inch touchscreen with Apple CarPlay and Android Auto smartphone mirroring. A good start then - let's see how it goes! 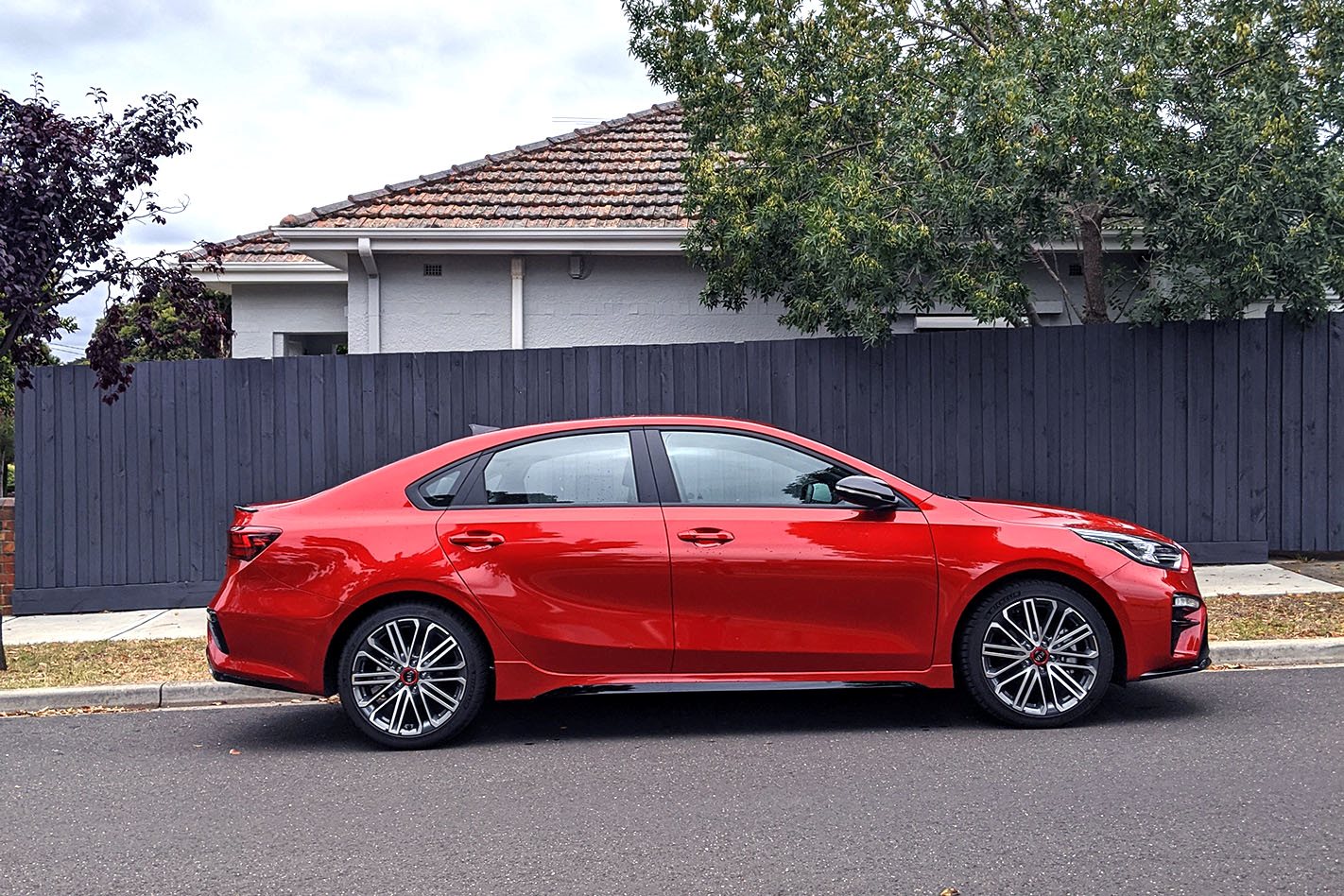 There are few better times during the year to put a long-termer to the test than the Christmas break. For one, the WhichCar office winds down and even the workaholic journos are forced to go home and take time off. That means no workday commute - every drive, then, isn't going to be a routine one.

Secondly, the roads are quiet. There's no school traffic, no commuters, tradies are taking holidays and once all the holidaymakers and their Jaycos have hit the highway, city streets are blissfully depopulated. Driving around town turns from being a soul-sucking exercise, to giving almost zen-like solitude. Thus, it's perfect for focusing on the car. 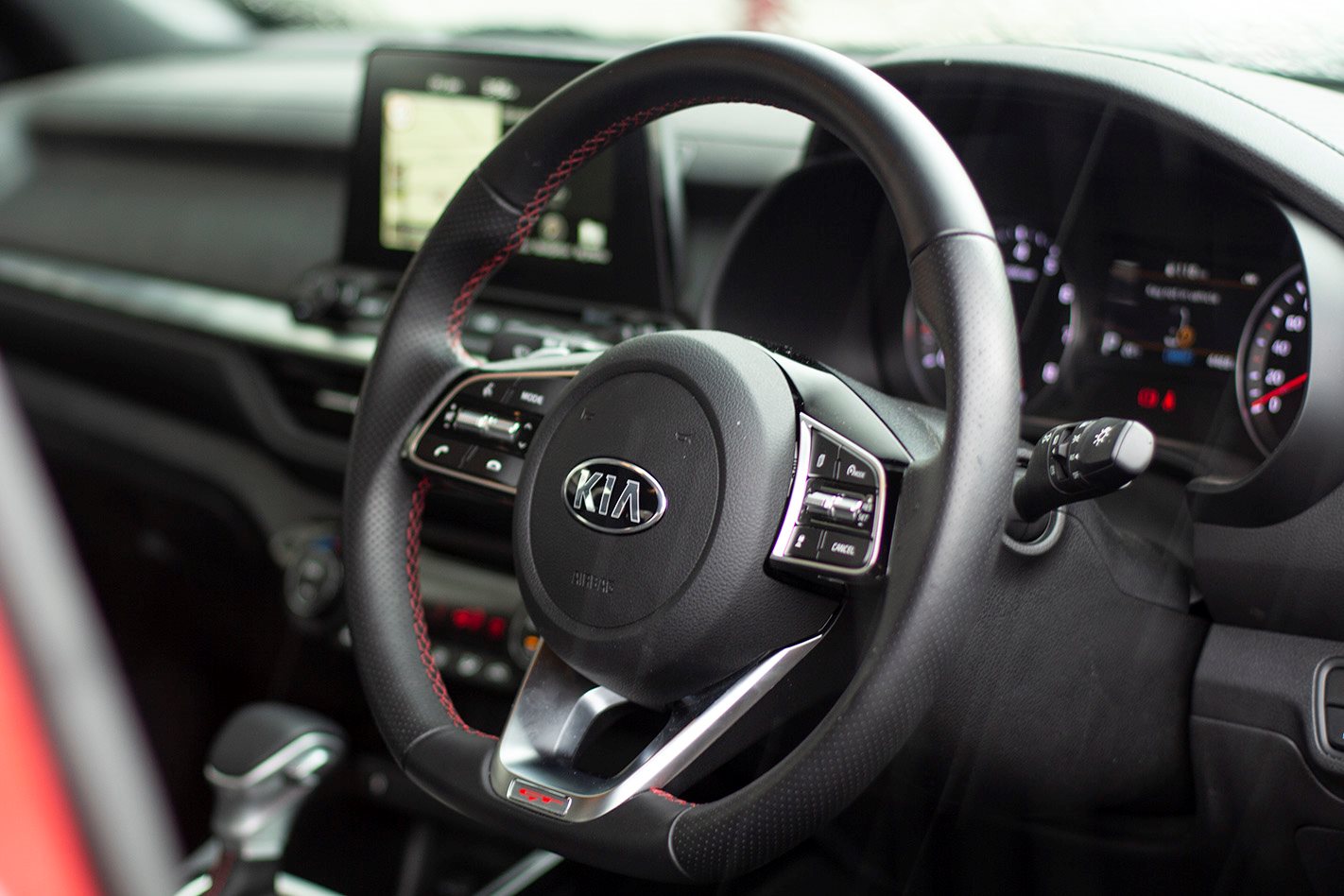 Now there might be plenty of black pleather to imply an air of opulence to the Cerato GT's cabin, but there are more hard plastics in the interior than most of its Japanese rivals. However fit and finish is more than agreeable. Given the tech and comfort you find inside combined with its cache of go-fast bits and prodigious power, the Cerato GT might have you thinking its MSRP would be closer to $40,000, not its actual list price of $32,990.

It’s an attractive value-filled proposition for a sleek and mature-looking compact sedan, and I grew quite close with ‘BAE-392’, over the holiday break.

In those two work-free weeks, Christmas ‘BAE’ (apologies for resurrecting such antiquated slang) did everything from navigating its way around inner-city Melbourne, to ferrying family and friends on road trips out of town to the beach. 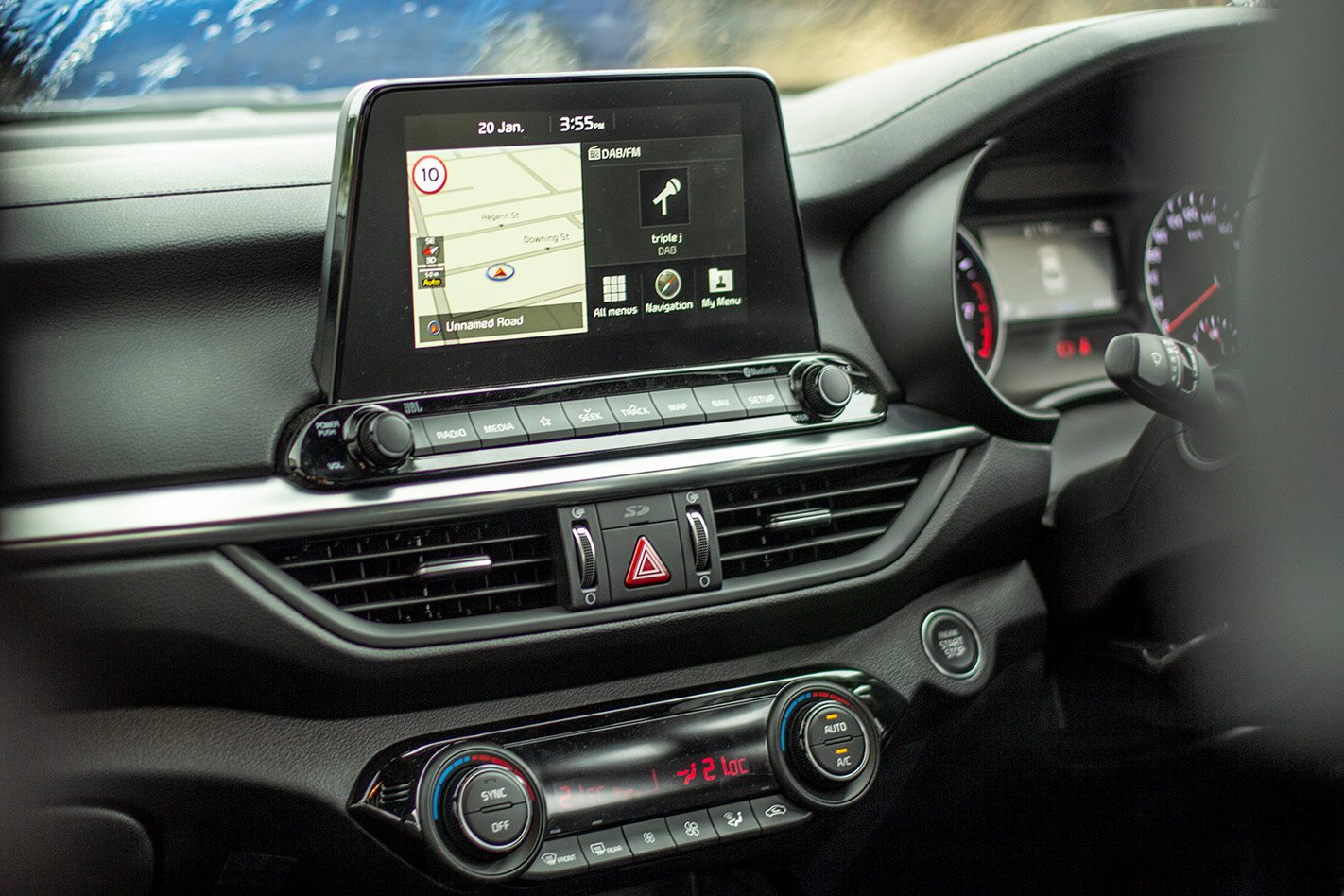 It displayed an impressive breadth of talent with accurate and pleasantly communicative (if anything, a little light) steering, a distinctive engine and gearbox combo, and four-door practicality backed up by a simply massive 502lt boot! Carting a sleighs-worth of presents to Christmas lunch is well within BAE's capability.

It was a graceful reminder as to how sublime to live with, a well-equipped sedan can be - a bigger car feels almost wasteful by comparison. However, there is an elephant in the room. The biggest shock we uncovered is, well… its shocks.

The GT, like all Kias sold here, benefits from a locally-tuned suspension, but it's wildly over-damped for everyday around-town driving duties. Both bump and rebound damping is unforgivingly firm over imperfections in which other rivals would glide over. 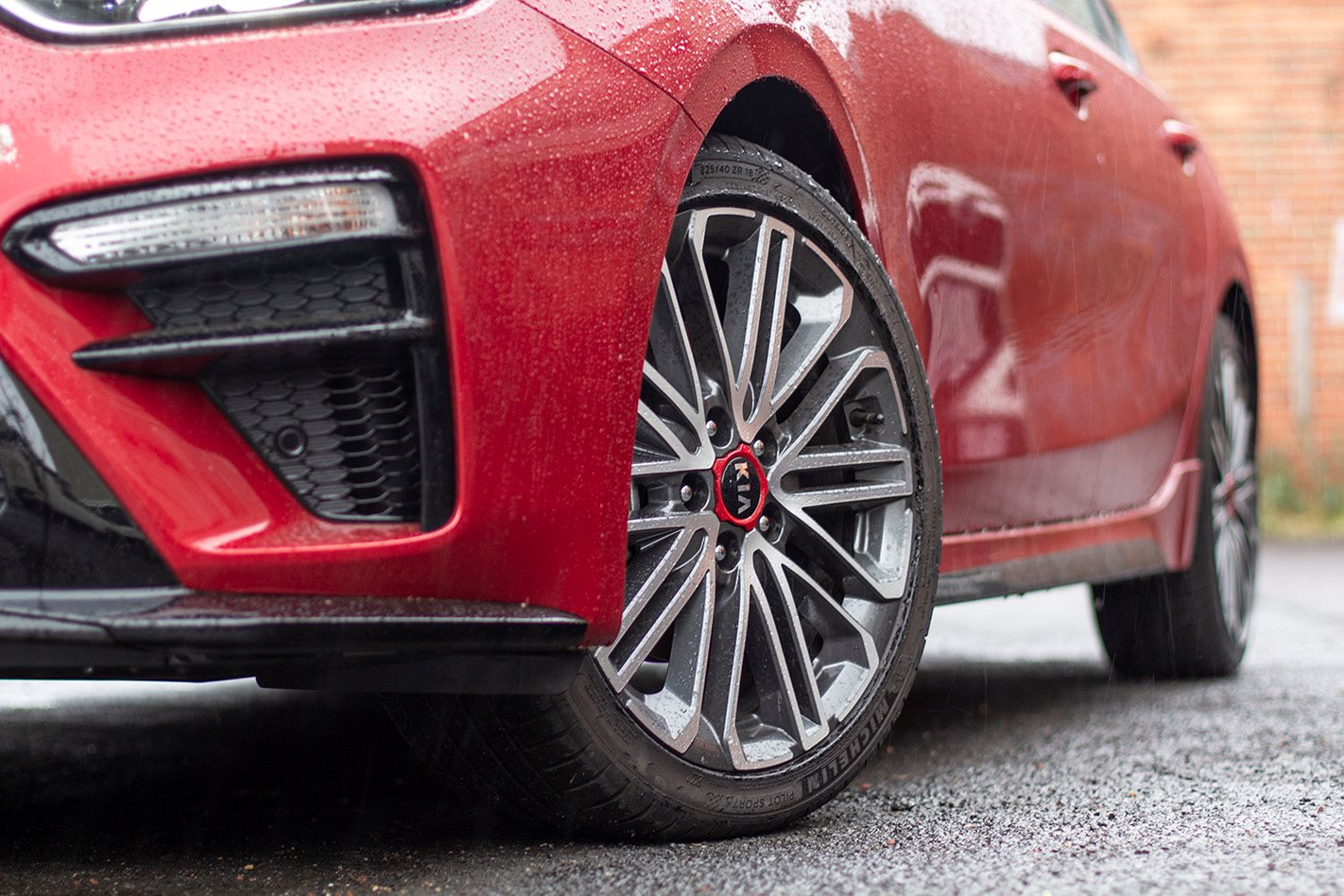 It’s not unliveable in most cases, but those with a low-tolerance for rough-riding suspension may want to steer clear.

Does that firmness justify itself once you leave town and point the nose toward some twisties? You’ll have to find out in the next update, as Christmas BAE gets drafted into duty when my racecar decided it didn't want to get out of bed for a trip to the mountains.

One moment, the turbocharged engine was humming along smoothly while warming up one morning; then I heard it skip a beat, then nothing. It had stalled itself.

I turn the key once more, it cranks slightly longer than usual, lets out one gasp of life, and then stalls again.

It was late in the Christmas break, and some friends had organised a large gathering of modified Japanese sports cars for an end of year drive in the hills.

It wasn’t the Kia that was stalling. It was my (fickle) twin-turbocharged 1994 Nissan Skyline. 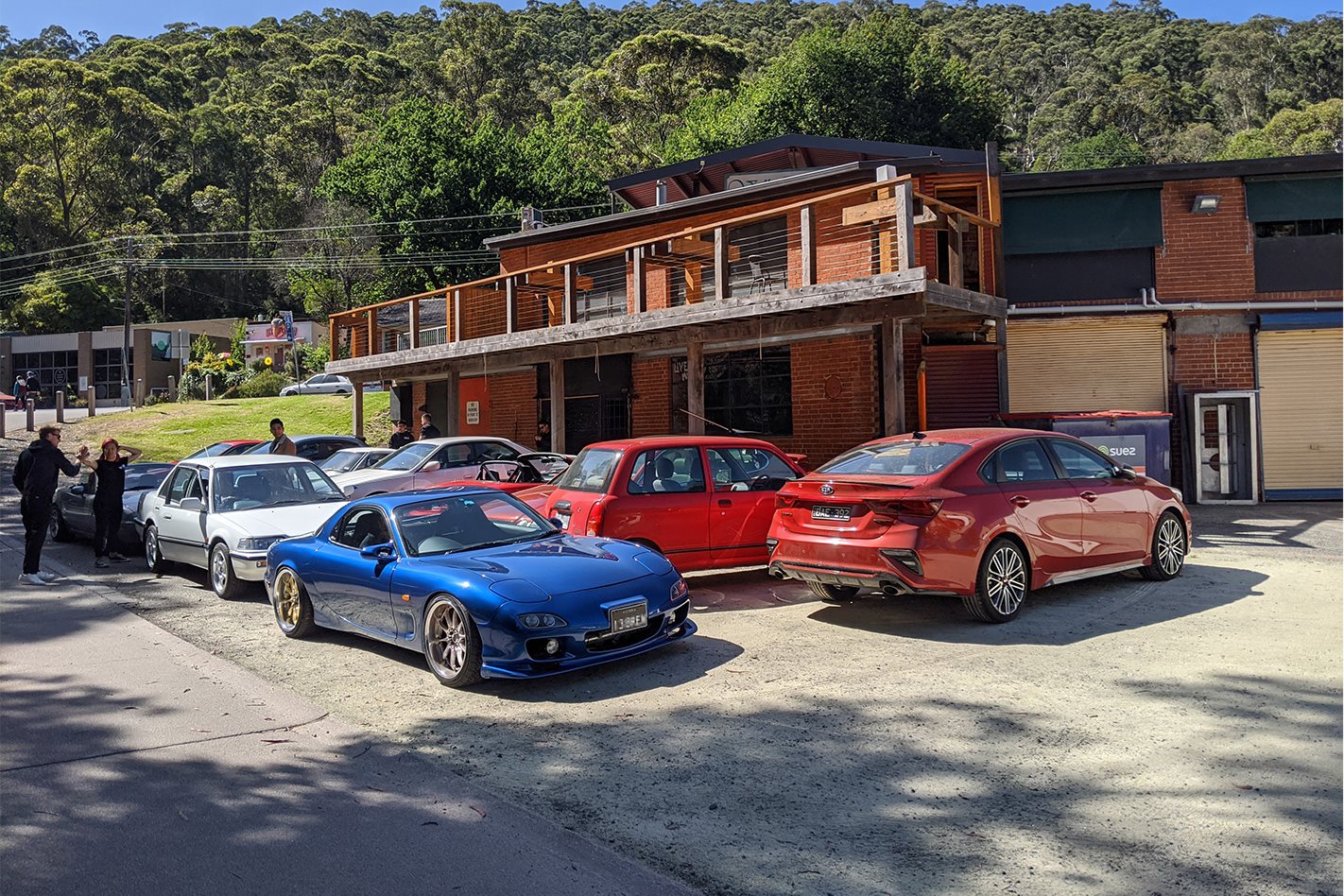 Already running late for the rendezvous, I decided to push the old Nissan back in the garage and swap keys for the trusty Cerato GT. It – naturally – started up without fuss so I pointed the nose to the hills and headed off.

Arriving at outer-suburbs servo, the Kia stuck out more than a little against the growing fleet of hi-po Japanese sports machines. It was by far and away the newest car there; one of the few from this side of the millennium.

At the next bowser over a worked FD-generation Mazda RX-7 pulled up, with that lumpy rotary sounding like it was barely idling at low-revs. Its owner delicately mixed together the a concoction of engine oil and petrol. Me? I just topped the Cerato up with petrol and bought some brekky and a coffee.

The Kia got some quizzical reactions – as did my distinct lack of Skyline, but deep-down it was quite nice to have a car that didn’t require constant monitoring and anxiety, and in truth – I was truly curious as to how a reasonably-priced Korean modern sports-flavoured sedan could hold its own with some of Japan’s most-loved.

We covered hundreds of kilometres that day: up through Warburton, then Reefton, with a brief jaunt up Lake Mountain, then across to Marysville and back through Healesville.

While the Cerato GT’s firm and harsh chassis tuning was a glaring hindrance in urban settings, the zesty Korean came alive on an open windy road. The tautness of the chassis yielded high levels of composure through lateral forces, and the – in other cases – harsh ride communicated road surface and camber changes beyond expectation. 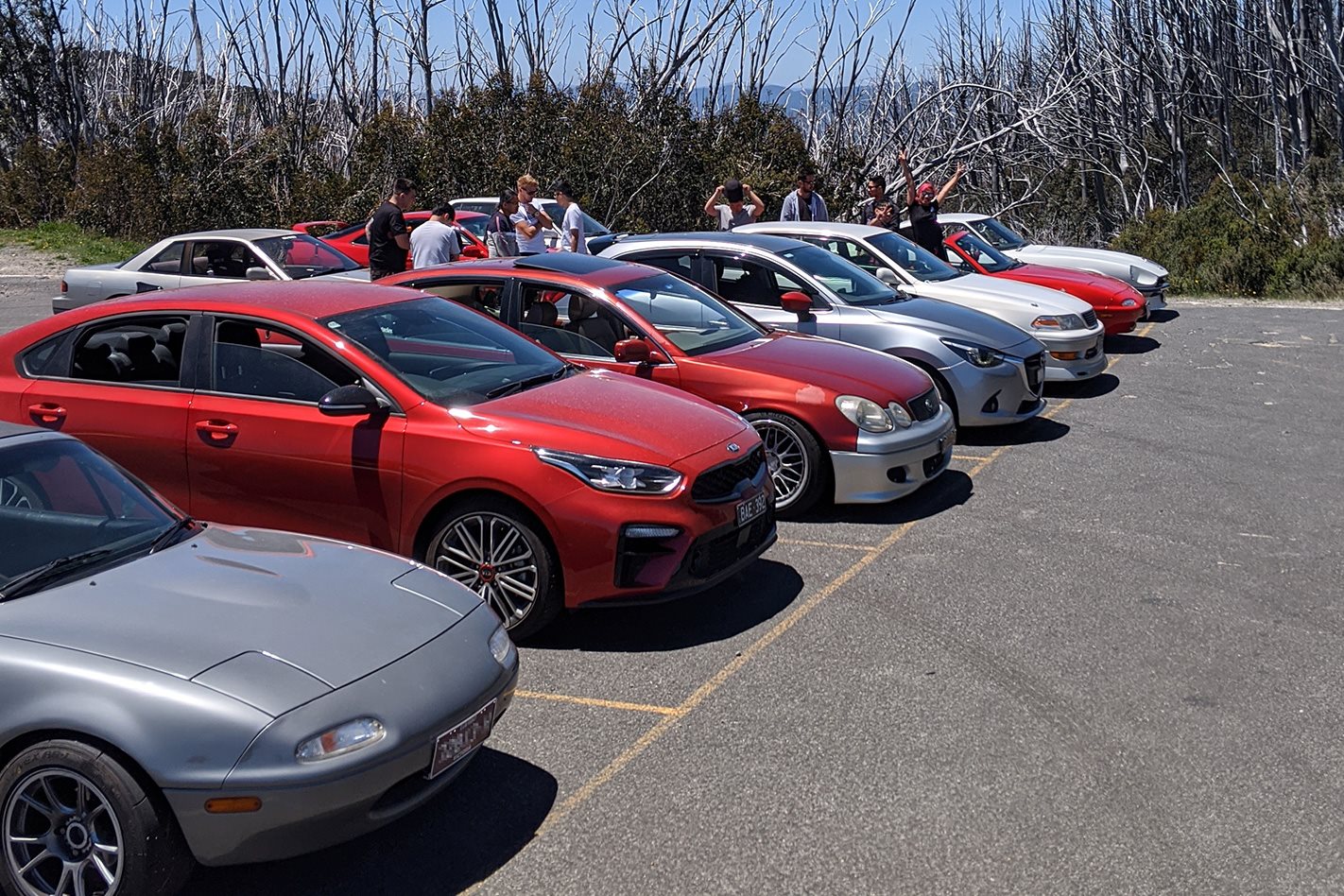 The steering isn’t quite as well weighted as I’d like, but it’s perfectly accurate and gave you no shortage of confidence to carry pace. And carry pace it can.

The mid-range torque provided by that sweet 1.6-litre turbocharged unit, coupled with the dual-clutch transmission made for a massively engaging experience, illustrating real performance substance behind its arguably compromised daily ride. Even its front-drive configuration allowed for a bit of fun if you head into a corner hot-headed.

Surprisingly to me, the Cerato GT kept well in-stead with its esteemed Japanese company, even drawing the eye of a weekend sports bike rider who was left wondering how the little Kia kept up with the fire-breathing Mark II Toyota up Lake Mountain.

The Kia Cerato GT is still perhaps a little too focused for many drivers in everyday scenarios, but it offers real sporting merit and an attractive duality for the performance enthusiast who might only have one garage space.

Will it be fastest outright around a track? Probably not. And it’s not always comfortable in everyday driving conditions either. But while some may call it compromised on both fronts; the Cerato GT offers an impressive breadth of talent in its ability to carry five adults with ease in its welcoming and well-equipped cabin, and that magical little whisper in your head that says ‘take the long way home’.

And take the long way home, I did. 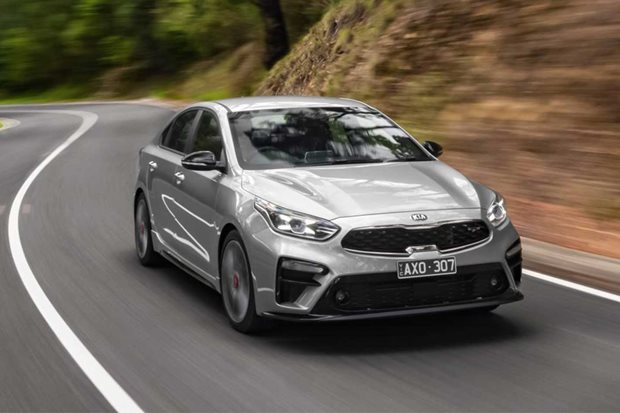