The $45,990 Sorento SLi petrol boasts front and rear parking sensors, leather trim, an eight-way powered driver’s seat and a crisp, TFT instrument cluster. You get a smart key and pushbutton start, but not a powered tailgate like the Skoda, and the infotainment system’s 7-inch colour touchscreen is an inch smaller than that in the Czech wagon. 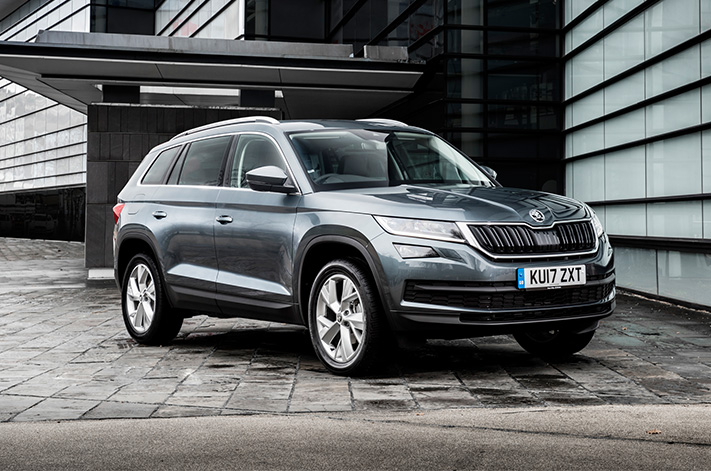 The Skoda Kodiaq is a few grand cheaper than its Korean rival, but that’s just the beginning of its superior value case. It levels with the Sorento for key equipment, and then adds extra safety headlined by a city emergency braking system and three extra airbags, and it also boasts adaptive cruise control, and a nifty door-edge protection system. 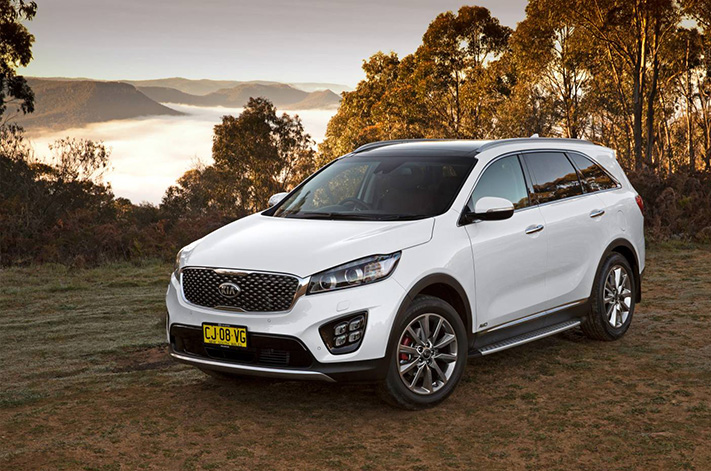 The Sorento’s dash layout is intuitive and the cabin nicely finished. Seat comfort and ergo are great up front, but third-row accommodation isn’t so spacious. Still, the second row is on runners which helps apportion legroom. The luggage bay is only 142 litres behind the third row, but there’s a generous 605 litres behind the second row. 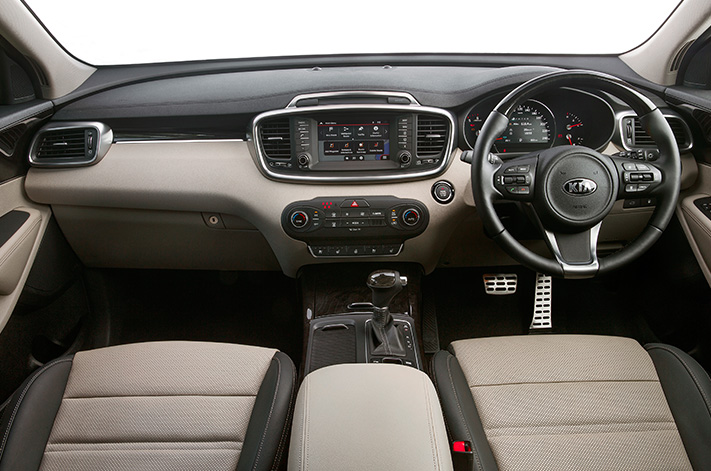 The Kodiaq’s Alcantara/leather interior is a classy and practical place chock with surprise and delight, including umbrellas in the front doors and an LED torch in the cargo bay. Second-row runners and an adjustable backrest angle are other highlights. There’s 270 litres of luggage space behind the third row; 630 litres behind the second. 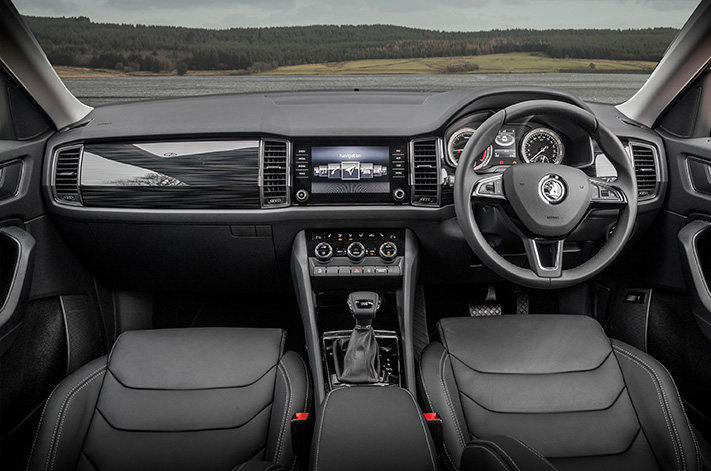 The Sorento’s 3.3-litre petrol V6 has proven economical among atmo rivals, yet at 9.9L/100km it’s significantly thirstier than the turbo Skoda. Good thing the tank is 11 litres bigger, at 71L. The hearty six is gruntier than the Kodiaq’s turbo four, but needs revs to do its best work via a six-speed auto and front-drive. 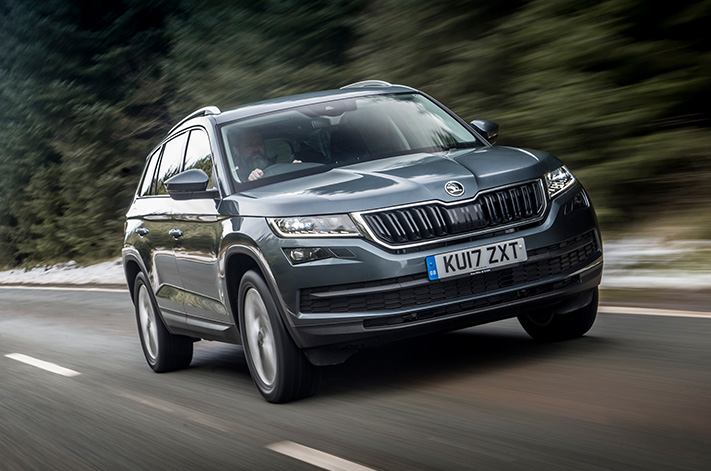 The Skoda’s 2.0-litre turbo, seven-speed dual-clutch and AWD make it more responsive at low speeds, similarly accelerative, easier on fuel, and better at putting the power down on slippery surfaces than its rival. At 7.6L/100km it officially uses 23 percent less fuel than the Kia, and we’d expect a similar margin in the real world.

The Sorento’s Oz-tuned suspension features unique springs, dampers and anti-roll bars and delivers good ride absorbency. The localisation also adds extra sound deadening, much of it between the engine and cabin, which contributes to a quiet, vibration-free ride and a ticking of the refinement box that’s a family wagon must. 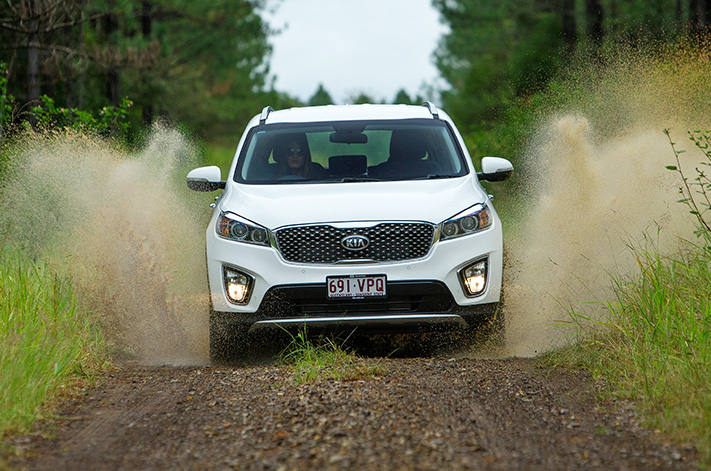 Fine primary ride and a hushed cabin contribute to a hugely refined drive. The launch pack’s adaptive dampers bring a relaxed gait in normal mode, the only intrusion coming over sharp bumps at suburban speeds courtesy of big 19-inch wheels/tyres. But on the highway (and a decent surface) this is a tautly comfortable touring wagon.

The Sorento turns into corners and holds its line keenly. The locally tuned suspension contributes to tidy dynamics but the grunty V6 and the relatively modest grip of the standard-issue tyres can undermine the fundamentally good poise and balance. Still, mum’s unlikely to punt
it particularly hard on the school run. 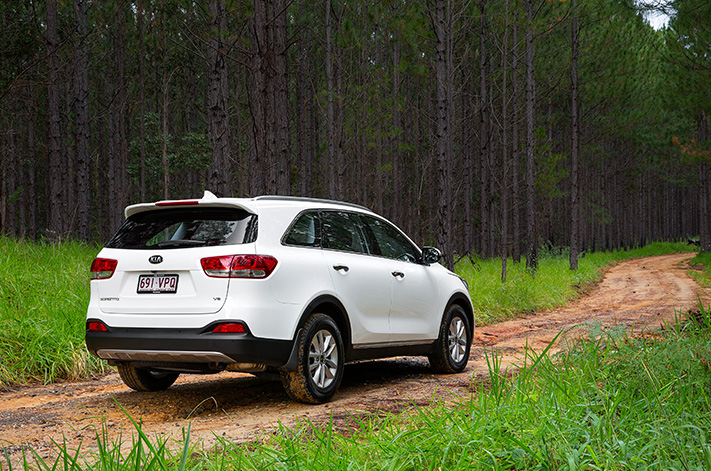 Flicked into ‘sport’, a tensing of the adaptive dampers gives the Kodiaq’s well-sorted suspension an extra dose of discipline. The steering is smooth and accurate, if not particularly engaging, and is weighted up in sport mode, though we found it more natural with an individual setting dialled to bring sports damping with normal steering.

As a former SUV-comparo winner, and a podium-getter in our last seven-seater megatest, the Kia Sorento is a realistic cross-shop for Skoda’s new seven-seater SUV. From brands on the rise, with long warranties and broad appeal, these wagons have plenty in common.

They’re also similarly proportioned (the Sorento is a bit longer) and are smaller than a Mazda CX-9, which could be hand if your garage is on the tight side. Yet substantial drivetrain departure sees the Kodiaq take an early lead.

A smaller, turbo engine and an extra ratio help it achieve better economy, and AWD makes it an all-surface proposition (but not an off-roader). The Skoda also impresses immensely with its standard safety, convenience and surprise and delight inclusions to seal a clear victory. 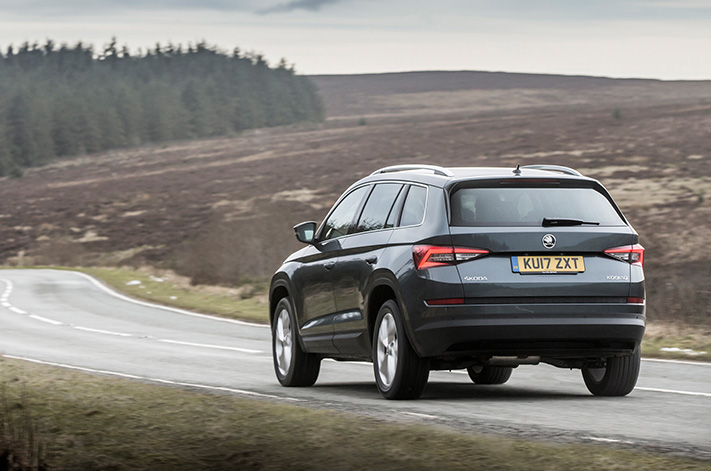