The Lexus NX 300 is the brand’s mid-size luxury SUV offering, and the Crafted is a value-added limited-edition variant introduced this year to further thicken the range.

Available in petrol FWD, petrol AWD, hybrid FWD and hybrid AWD guise, I test the middle sibling — the NX 300 Crafted with all-wheel drive – which is offered at $63,806 drive-away. 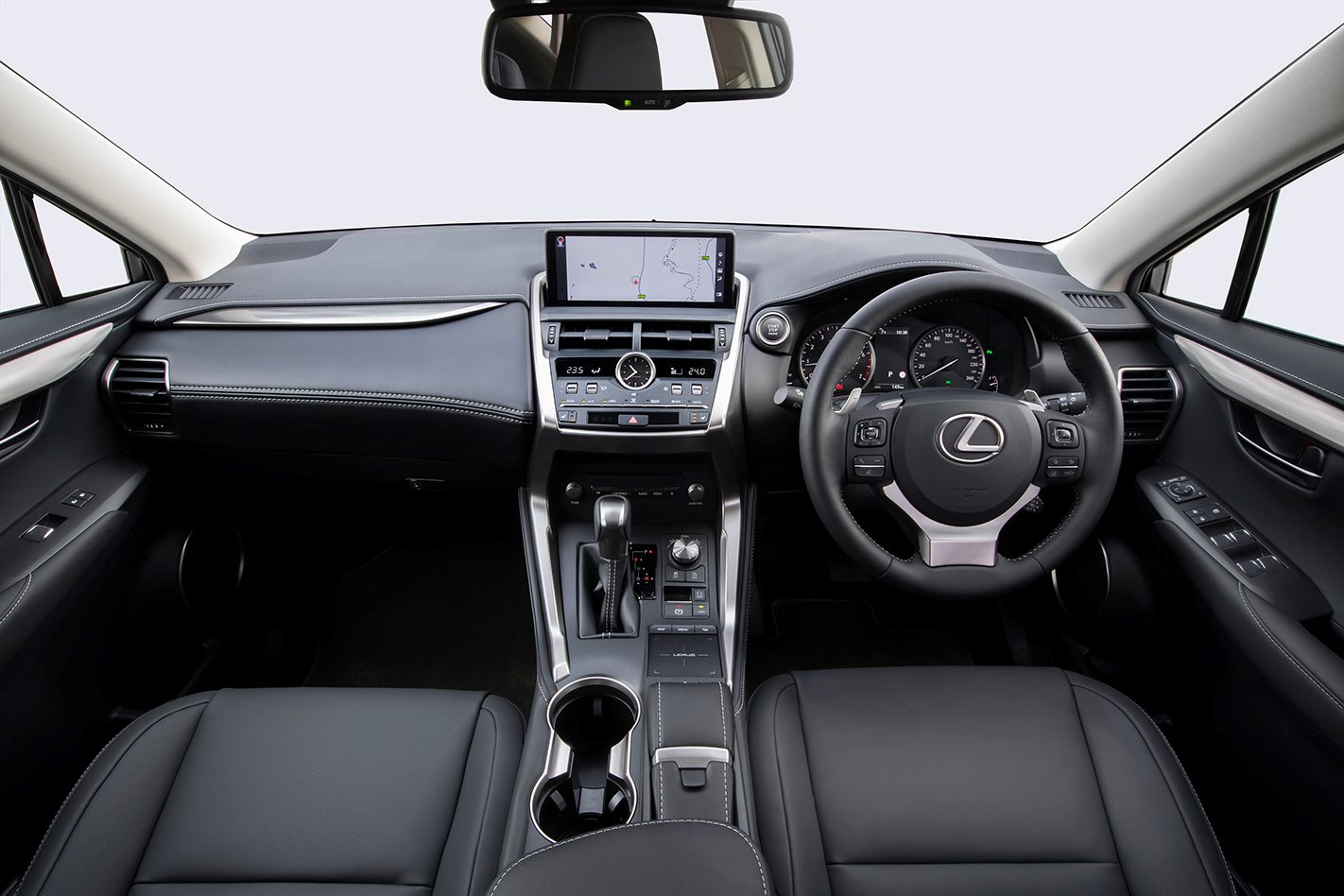 The interior is refined without being overly luxe.

The 10.25-inch display screen is impressive. The touchpad used to control functions like the radio and climate control, however, is unnecessarily fiddly. I madly swipe left, right, up and down at the lights and still can’t find my radio station of choice. Maybe I’m old-fashioned, but I prefer a few well-chosen knobs than a concentration-sapping iPad-like experience from behind the wheel.

Thank goodness for the retro central analogue clock, which is easy to read.

The NX 300 Crafted is equipped with pleasant little luxuries like a glass moonroof and a nifty 360-degree parking camera, along with a wireless phone charger, 10-way power seats (cooled and heated) with driver memory function. Now that we’re in the thick of Australia’s hottest summer, trust me: actively ventilated seats are something you will welcome. I bash out 400km driving down to the Mornington Peninsula and back, and the seats feel well bolstered and comfortable on longer drives. 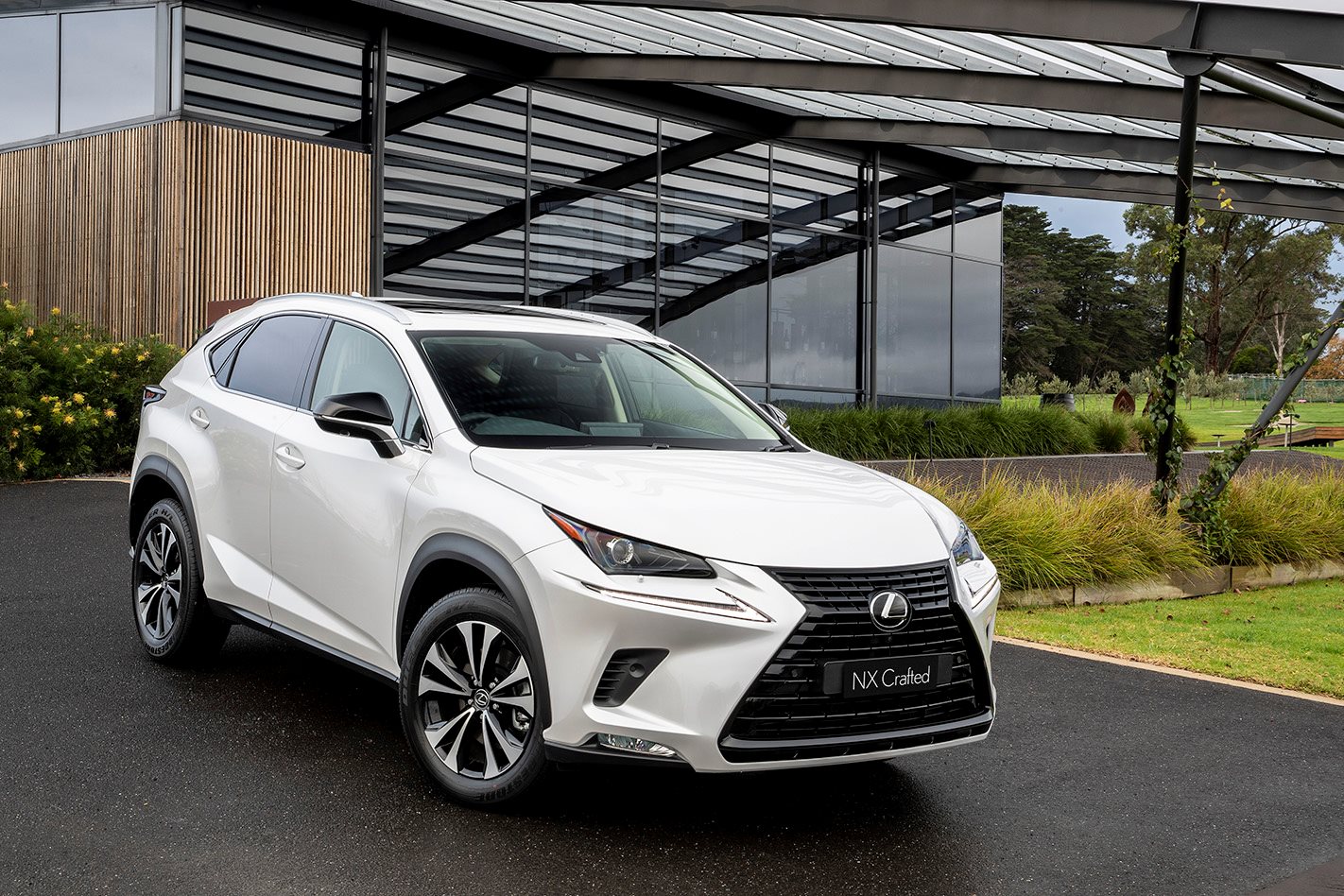 As to the NX300’s appearance, Lexus runs with the clichéd “bold, sporty and dynamic”. Present-day Japanese automakers appear to be heavily influenced by fictional dragons. Like Mazdas and Toyotas, the Lexus sports a wire L-shaped mesh grillewith many sharp panel creases making its “face” resemble a “Battlestar Galactica” Cylon circa 1978.

Still, plenty of people like this look. The NX is the top-selling Lexus model in Australia, accounting for more than one third of Lexus sales, so the design obviously resonates. 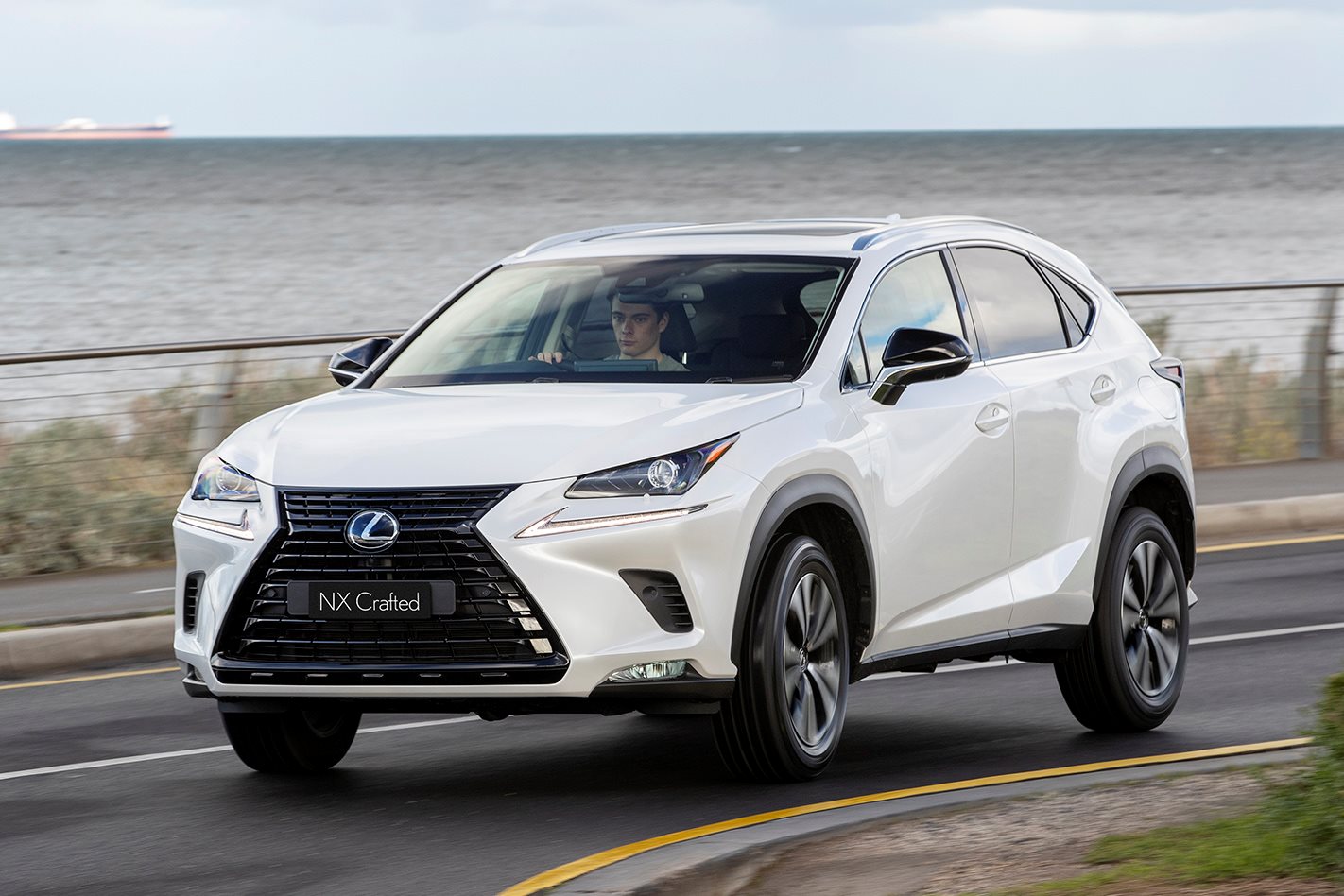 In a word: Competent. The Lexus does most things well. Apart from a tendency to hunt for the appropriate gear at low speeds, the powertrain provides adequate performance both around town and on the open road. 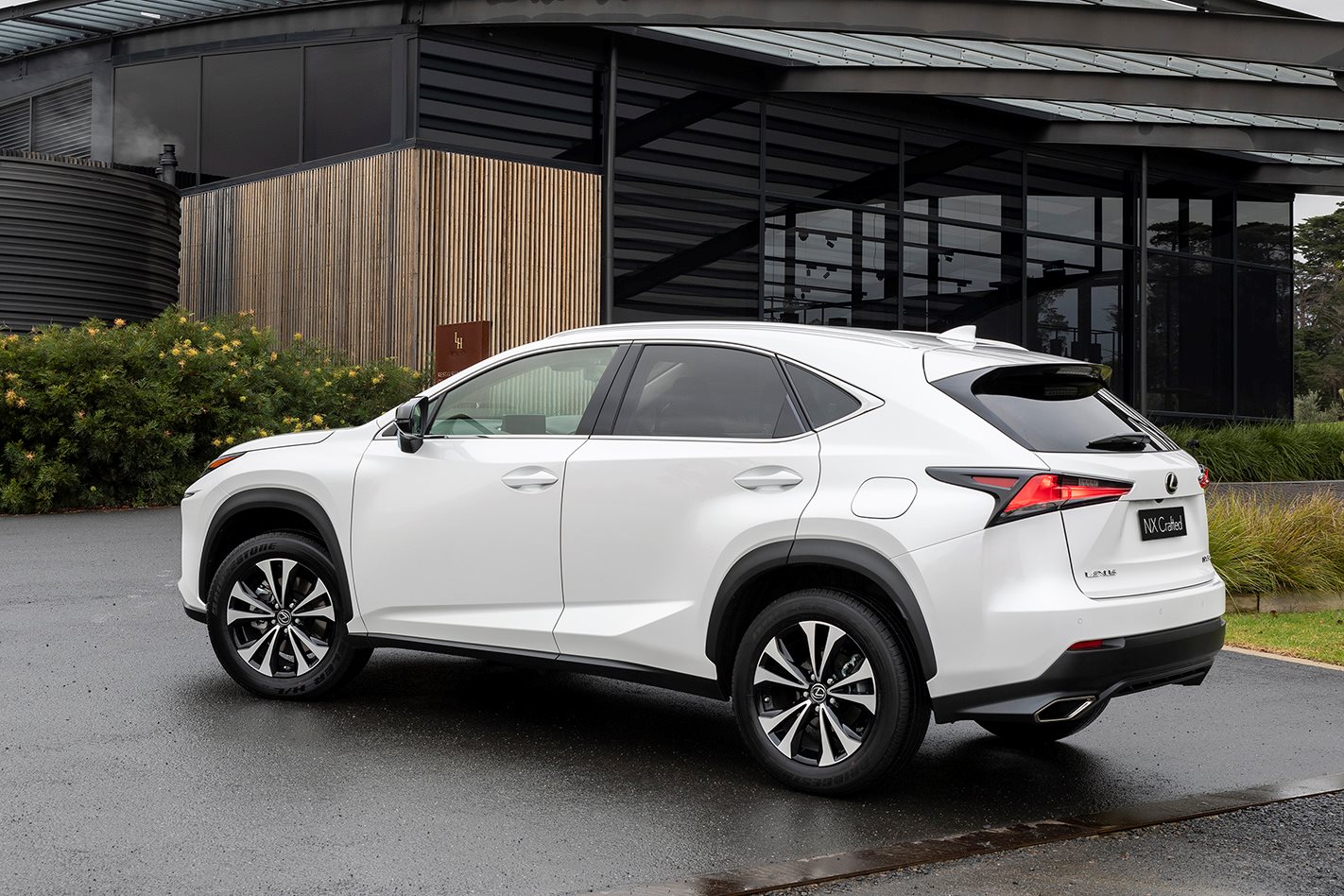 The suite of safety technologies has received an upgrade. Now standard on all models are: Pre-collision safety system which detect pedestrians, not just vehicles, on the road ahead; autonomous emergency braking; all-speed active cruise control; lane departure warningwith steering assist; and blind-spot monitor.

The 360-degree panoramic view monitor comes in handy when reversing, particularly as my view was obscured by the car’s overly-thick C pillars. 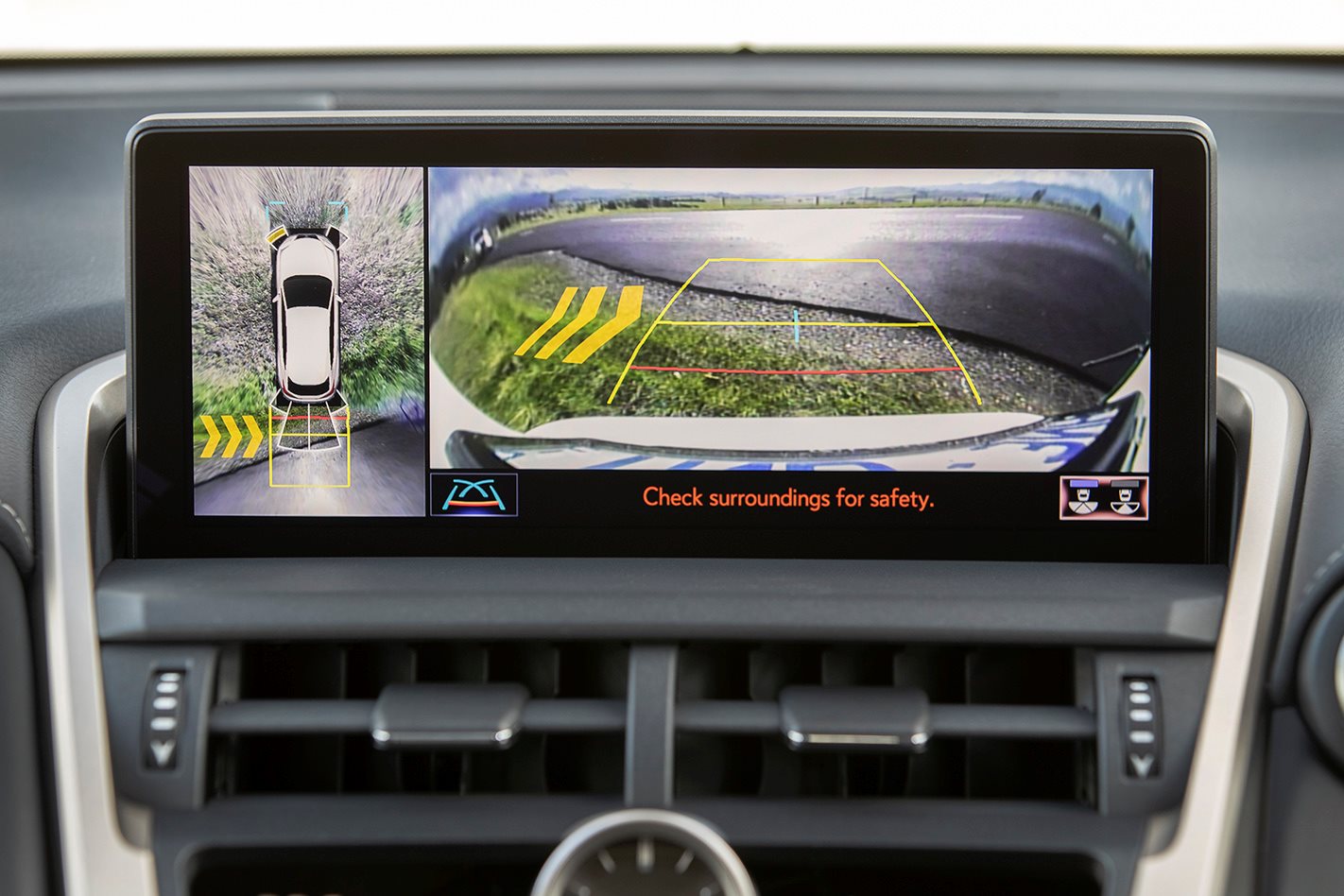 IS IT WORTH THE MONEY?

The NX 300 Crafted all-wheel drive has a recommended price of $63,806 drive-away. That’s decent value considering many of its standard features, like the glass roof, 360-degree camera and keyless entry keycard are cost options on other NX variants. 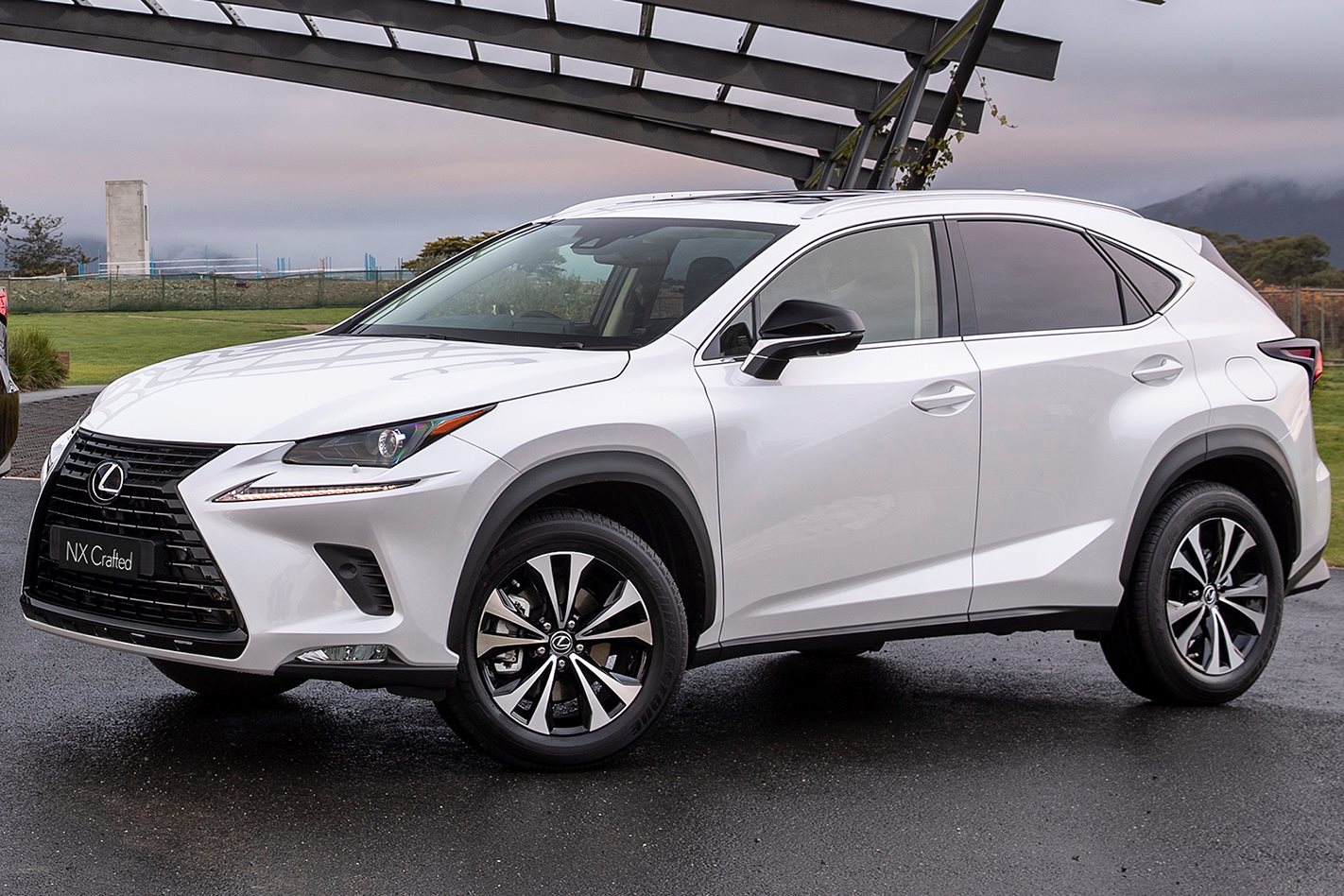 Official fuel economy is a combined 7.9 L/100km, though I was able to clock a more thrifty 7.3L/100km thanks to my mostly freeway driving. Fuel costs, then, are pretty reasonable for an SUV.

On top of that, Lexus offers a generous 4-year, 100,000-kilometre warranty — which is a year more than many other luxury manufacturers. The NX’s direct rivals are luxury models like Audi’s Q5 and the BMW X3.

PROS: Comfortable; does what it says on the box; good safety tech

Elise has been a journalist across the trifecta of TV, radio and print for more than twenty-five years. When not shackled to her computer or beloved kid, you’ll find this working mum indulging her other passions — skiing powder off piste or trying to catch a wave on her 8’ Mini Mal.