Minimal anxiety about this separation.

Many, many years ago, Wheels Magazine ran an R50 Mini Cooper for six months – a red manual with a white roof and mirror caps, and 16-inch alloys. Cute as a button, yet frequently left alone in the carpark on weekends, the original New Mini was too patchy to tug at our heart strings. We couldn’t wait to see the back of it.

Thirteen years and two generations later, the Mini Cooper has morphed into a much more sophisticated, comfortable and liveable little hatch, yet much of its ‘retro’ styling has been diluted along the way. Instead of being a flab-free and crisply formed slice of re-imagined 60s charm, today’s Mini looks a bit like a gym junkie who’s turned puffy from too many steroids. Still, if you can handle the styling, you’re definitely getting more Mini for your money. Less money, as it turns out. 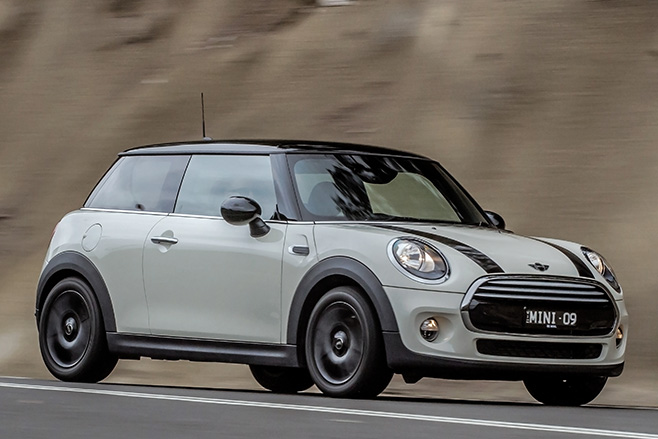 Yet, somehow, I failed to bond with this manual Mini Cooper Pepper. And much as it hurts to admit it, I blame the drivetrain.

On paper, a feisty 100kW/220Nm 1.5-litre three-pot turbo tied to a six-speed manual gearbox should be a recipe for proper small-car shenanigans. But Mini negates the fun factor by over-gearing the Cooper to a ridiculous level, while failing to capitalise on the potential acoustic thrills of a tuned triple. Impressively elastic as the Cooper’s engine is, it feels like it belongs in a much bigger car, not a sporty little hatch.

In low-speed urban commuting, particularly over the speed humps and deep gutters that predominate where I live, there are times when you need to blip back to first gear to prevent the Mini from stalling. And yet when darting through small roundabouts, third gear is too tall to take advantage of peak torque arriving at just 1250rpm. Could this ill-suited gearing be the reason for the Mini’s unexpected thirst?

After the first month’s 9.6L/100km average, I drove specifically for economy, surfing the engine’s torque curve and grabbing a taller gear wherever possible. Admittedly, the Mini Cooper sounds quite charming when thrumming along at low revs in a high gear, but it never delivered the leap in efficiency I expected.

It took a while to get used to the start button pulsing in the centre stack (it used to be on the dash). Blanks are for seat heaters.

The Mini’s 7.8L/100km personal best included a 270km motorway trip, while its 11.5L/100km low point consisted of a spirited drive up the Old Pacific Highway to Brooklyn and plenty of urban commuting. Given its official combined figure is 4.7L/100km, my Cooper’s 9.3L/100km average doesn’t look too rosy. Nor does it compare well with my previous Alfa Giulietta’s 8.8L/100km, from a larger car with an engine whose roots can be traced back to 1983!

The Cooper’s notchy gearshift often made me wonder whether the six-speed auto would be a better bet, and even without optional run-flat tyres or big wheels, its roller-skate ride served as a spiritual reminder of the 1959 BMC original. The Hankook tyres didn’t work in harmony with the super-sharp steering, and the average quality of its stereo speakers meant it would be wise to carefully cherry-pick from Mini’s extensive options catalogue (see breakout).

Yet I didn’t dislike my cream Mini. Its frameless doors, comfortable seats, grippy steering wheel, wieldy size, parking sensors and optional reversing camera made it great for inner-city living. And the F56’s improved space efficiency was always appreciated when shoving passengers into the rear seat, or filling the boot with stuff. 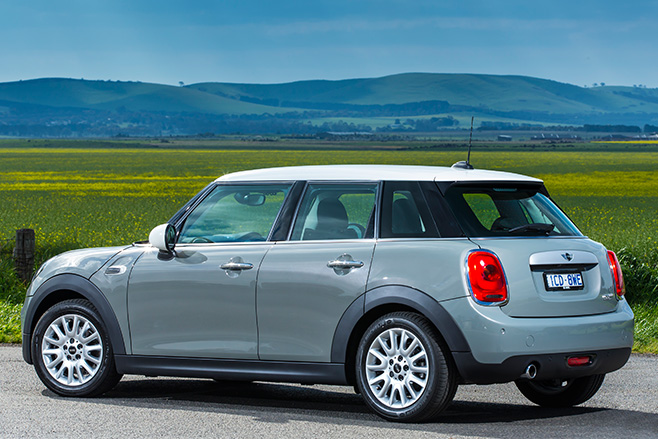 Like its predecessors, I think the F56 Mini gets better the higher up the chain you climb. The Cooper S is a significant step up for grunt, growl and gearshift feel, as well as ride quality if you stick with 17s and add adaptive dampers.

Given shorter gearing and a meatier induction note, the Cooper could easily be a poor man’s Cooper S. It’s just a pity Mini doesn’t see it that way.

If I had to build my own Mini Cooper, I’d begin with Dynamic Damper Control ($700) and the mandatory Mini Driving Modes set-up (a collar around the gearstick that flicks between Eco, Mid and Sport modes – $250). That’s just under a grand for a big improvement in ride. I’d probably stick with the $3000 Pepper Pack, and I’d want this car’s black Victory Spoke 16s, as well as Harman Kardon hi-fi with 10 speakers ($1200). If the engine doesn’t make enough music, something else needs to!

After returning my Cooper, I spent a few days in a Mini Cooper D five-door manual with adaptive dampers and Michelin Energy Saver 195/55R16 tyres. And really liked it! Admittedly, the stumpy (framed) doors look dorky and have a whiff of Austin A30 about them, but they’re more practical in tight carparks. The diesel’s torquey grunt is also much better suited to the gearing, and the urban ride on adaptive dampers and a longer wheelbase is comparatively bloody marvellous.

Click here to find out more about the Mini Cooper. 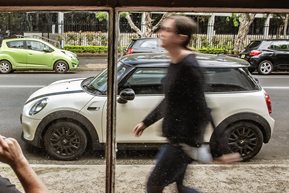