It’s maybe Benz’s least-glamorous offering, but we find the homely B180 to be a perfectly agreeable premium hatch

What is the Mercedes-Benz B180?

Those familiar with the alphabet will rightly assume that the B-Class sits between the A-Class and C-Class in Mercedes-Benz’s range, but that doesn’t tell you much about what type of vehicle it is. In Australia, we only get one B-Class variant – the Mercedes-Benz B180 – and it’s something of an oddity over here because it belongs to the class of vehicles known as MPVs, or Multi Purpose Vehicle. 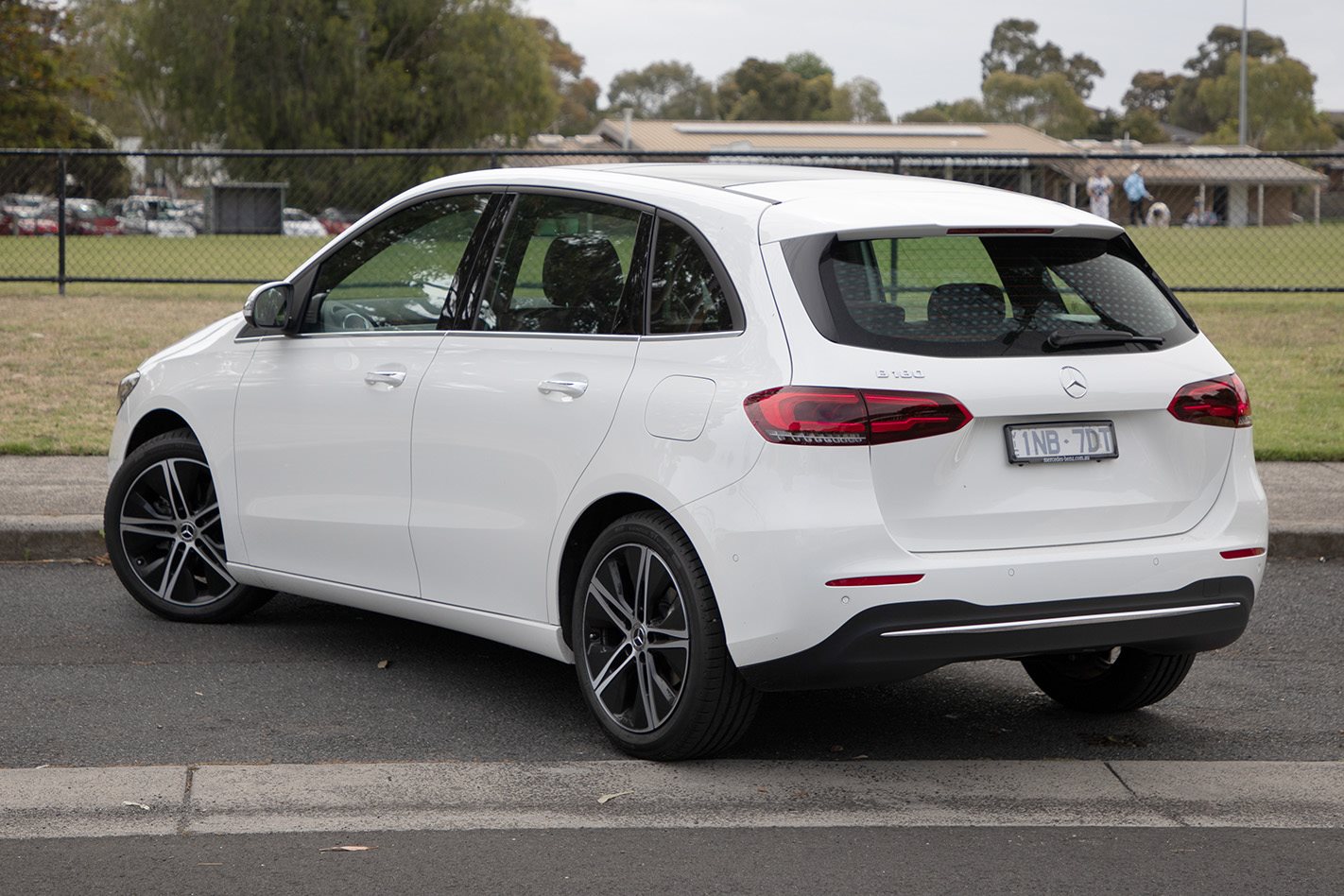 MPVs are common over in Europe and some parts of Asia, but on our shores it’s really only the B180 and its chief rival the BMW 2 Series Active Tourer that fly the MPV flag in the premium segment. Bigger than a regular hatch but not big enough to be a minivan, MPVs are pitched as a compact car with greater versatility than the average five-door.

Pay no attention to the modest numbers on the B180’s spec sheet. Yes, it’s just a 1.3-litre four-cylinder under there. Yes, it only has 100kW of power and 200Nm of torque. No, it doesn’t feel inadequate. 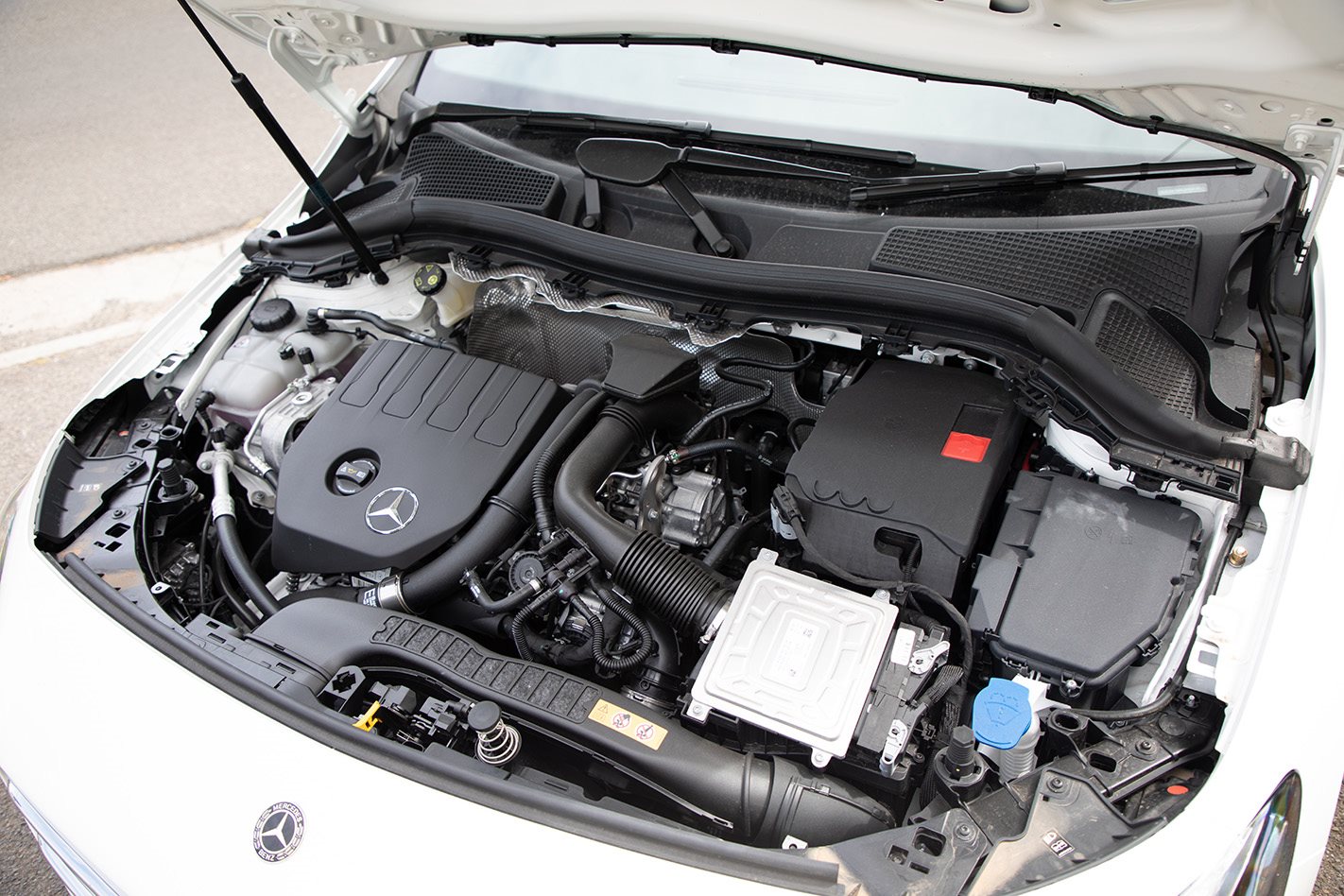 From behind the wheel, the B180 actually feels fairly perky considering its modest metrics. There’s some initial hesitation from its dual-clutch auto when moving away from a standstill, but you learn to adjust to that and anticipate green lights and moving traffic, lifting your foot off the brake a smidge earlier to wake up the transmission.

READ MORE: Here's everything you need to know about the Mercedes-Benz B-Class!

It isn’t so attuned to stop-start traffic, though. The constant on-off throttle and bursts of acceleration don’t gel with the B180’s drivetrain, and refinement in that mode isn’t as good as a conventional auto. However, in typical suburban driving it’s very easy-going. We also did a fair bit of highway driving during our time with the B-Class, and were pleasantly surprised with how unstressed it was cruising at triple-digit speeds. Its engine may have a small displacement, but it’s got plenty of heart. 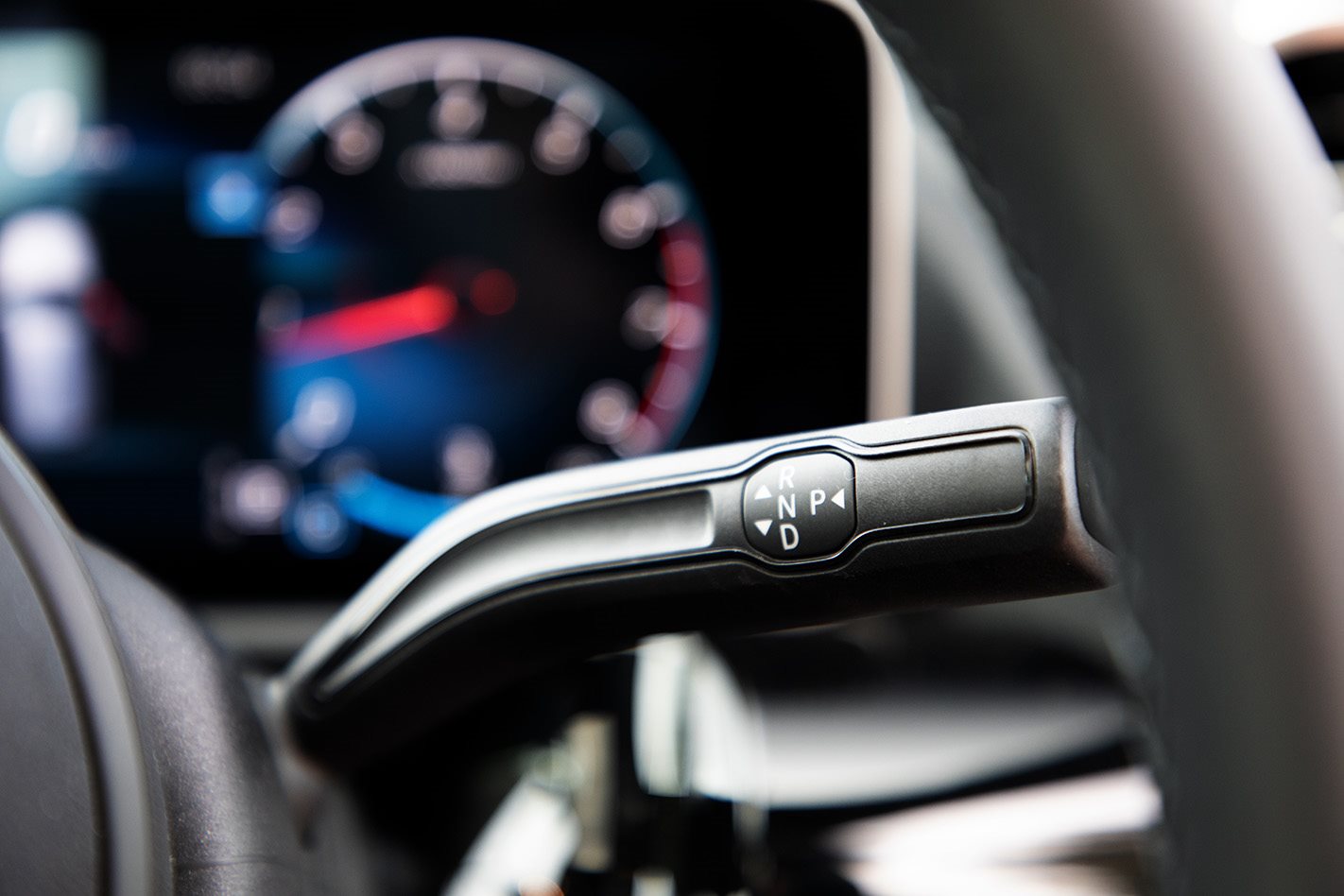 Its suspension is similarly well-suited to street and highway, delivering a good balance between handling and comfort. It’s no hot hatch, but it’s surprisingly adept at maintaining its grip on a curvy road, yet it feels settled and stable even on slightly lumpy highways.

It’s no surprise that a car that sacrifices some style points in favour of a more pragmatic form is blissfully easy to live with, and that applies perfectly to the B180. 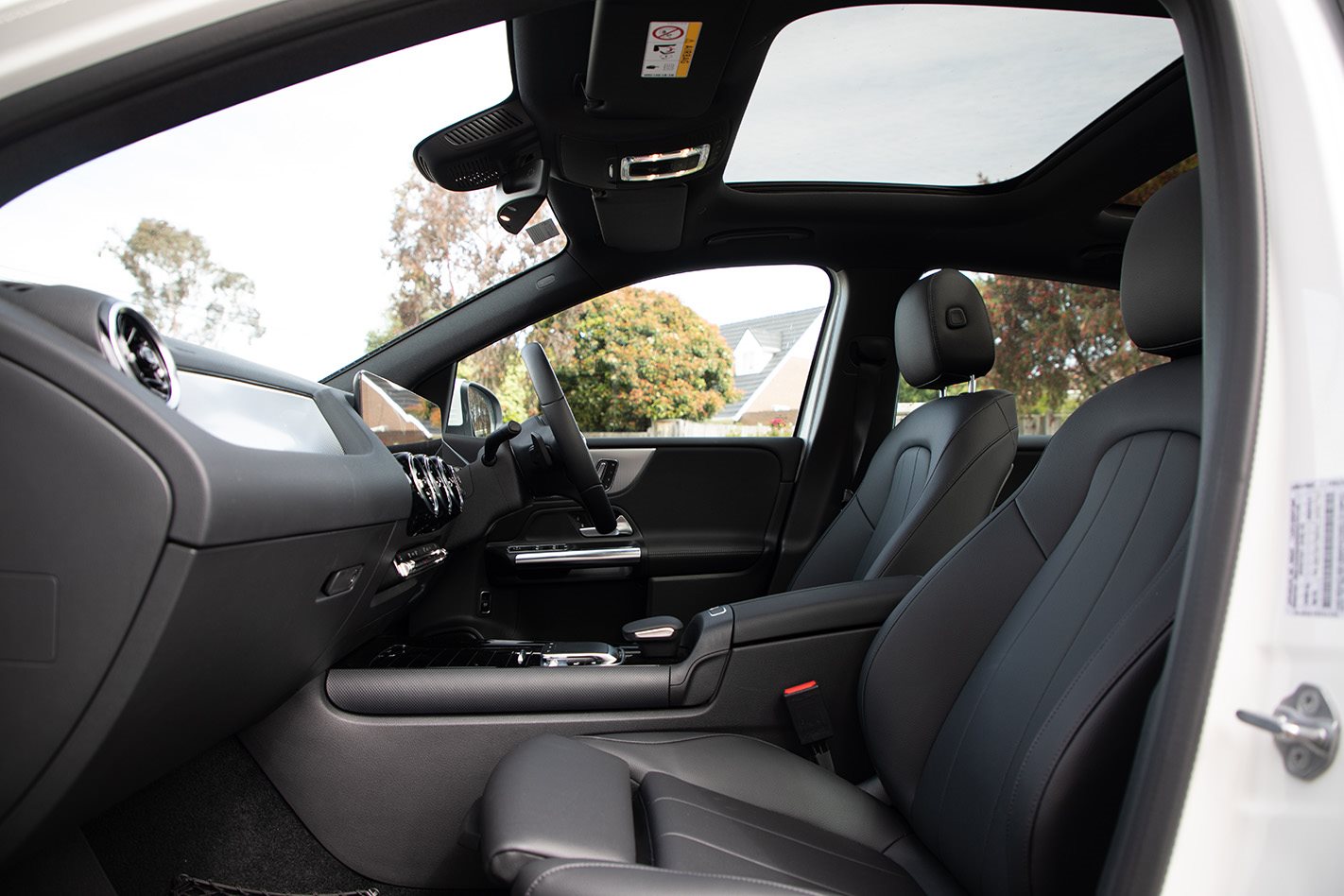 It’s got headspace to spare thanks to that tall turret and a high hip-point, so if you’ve ever stooped to enter an A-Class and wondered whether there was an easier way of entering a Mercedes hatchback, then the answer is yes: it’s called the B-Class.

READ MORE: Mercedes-Benz A180 squares off against Audi's A3 Sportback 1.0-litre

The benefits extend beyond ease of entry and egress. The cabin furnishings follow the same template as the A-Class, with identical positions for all the major switch blocks and air vents, the same twin-screen instrument panel and infotainment display, and a similarly futuristic presentation. The ‘furniture’ is unique to the B-Class and is less dainty than what you find in the A-Class and CLA-Class, but it’s still a handsome and high-quality cabin. 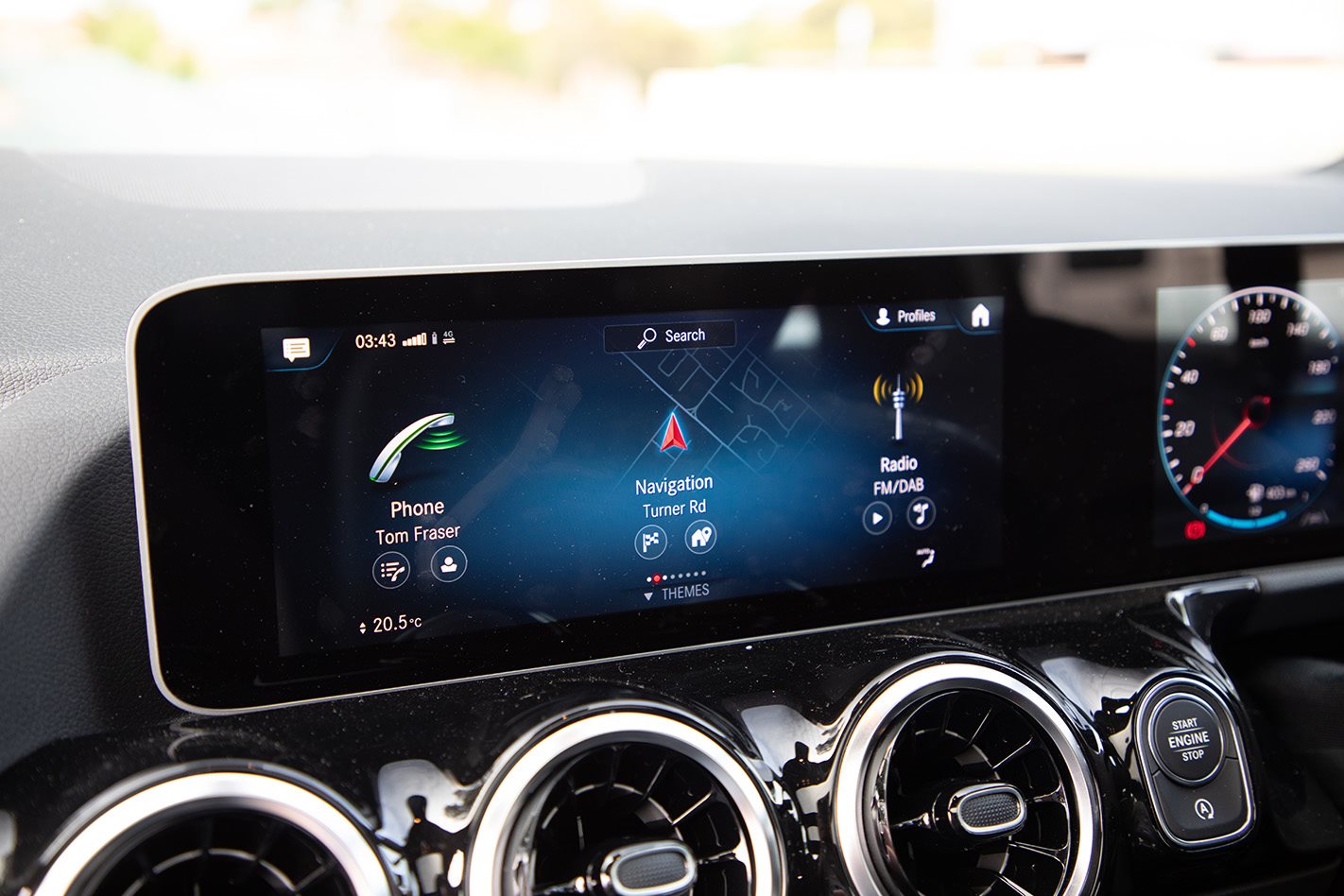 It’s functional too. There are big door bins up front, a split centre console lid and a useful storage tray/wireless charging pad hidden behind a roller shutter at the base of the centre stack. It’s not the widest or longest cabin, but it makes intelligent use of the space it does have.

Seat comfort on the power-adjustable front seats is generally good. Even on a long highway road trip we emerged without any pinched nerves or sore muscles. The back seat cushions are fairly flat, but well-sized for Western frames and with a backrest angle conducive to good comfort. 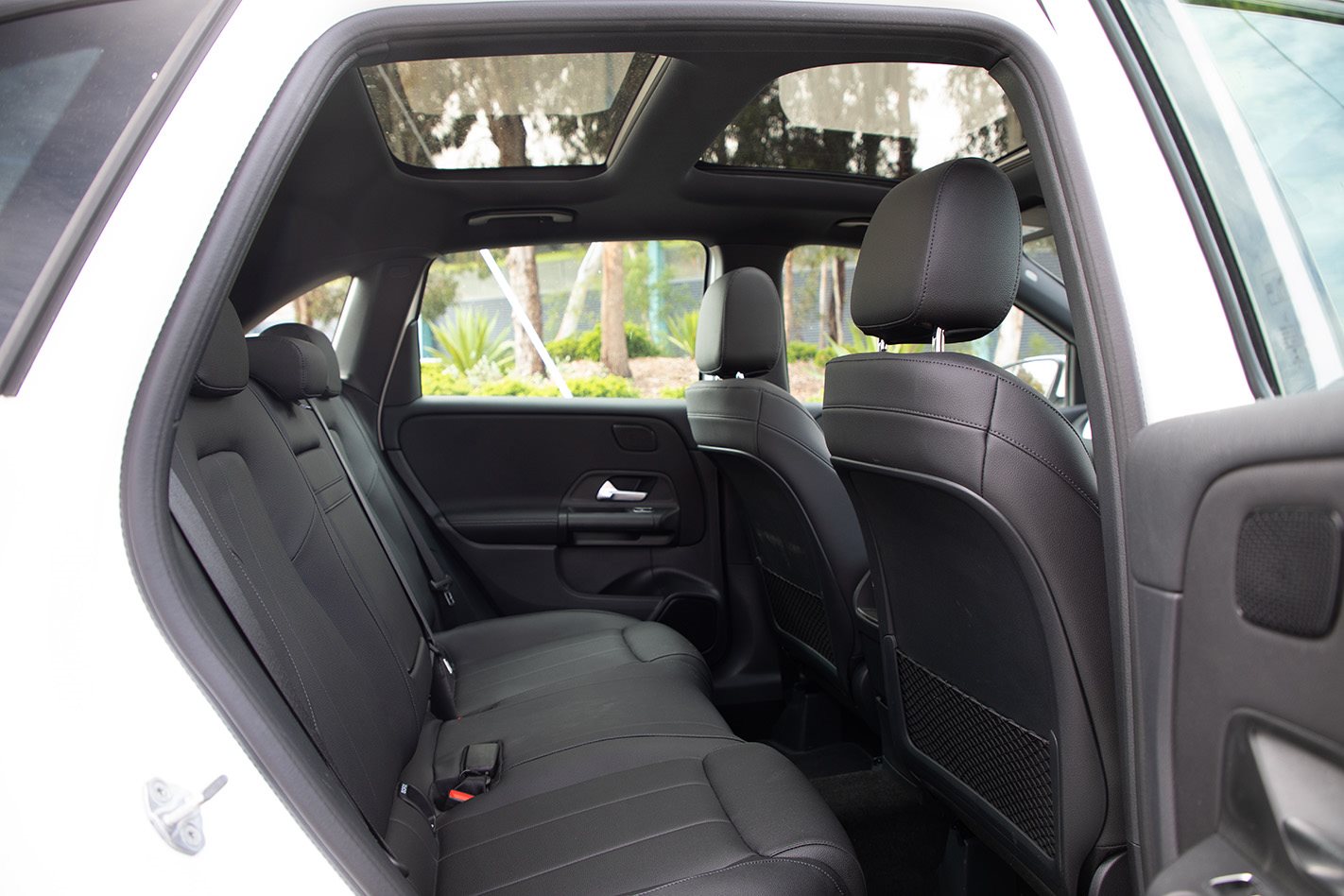 Behind the second row is a sizable boot, which we imagine might be the deal-making attribute for anyone tossing up between an A-Class or a B-Class. 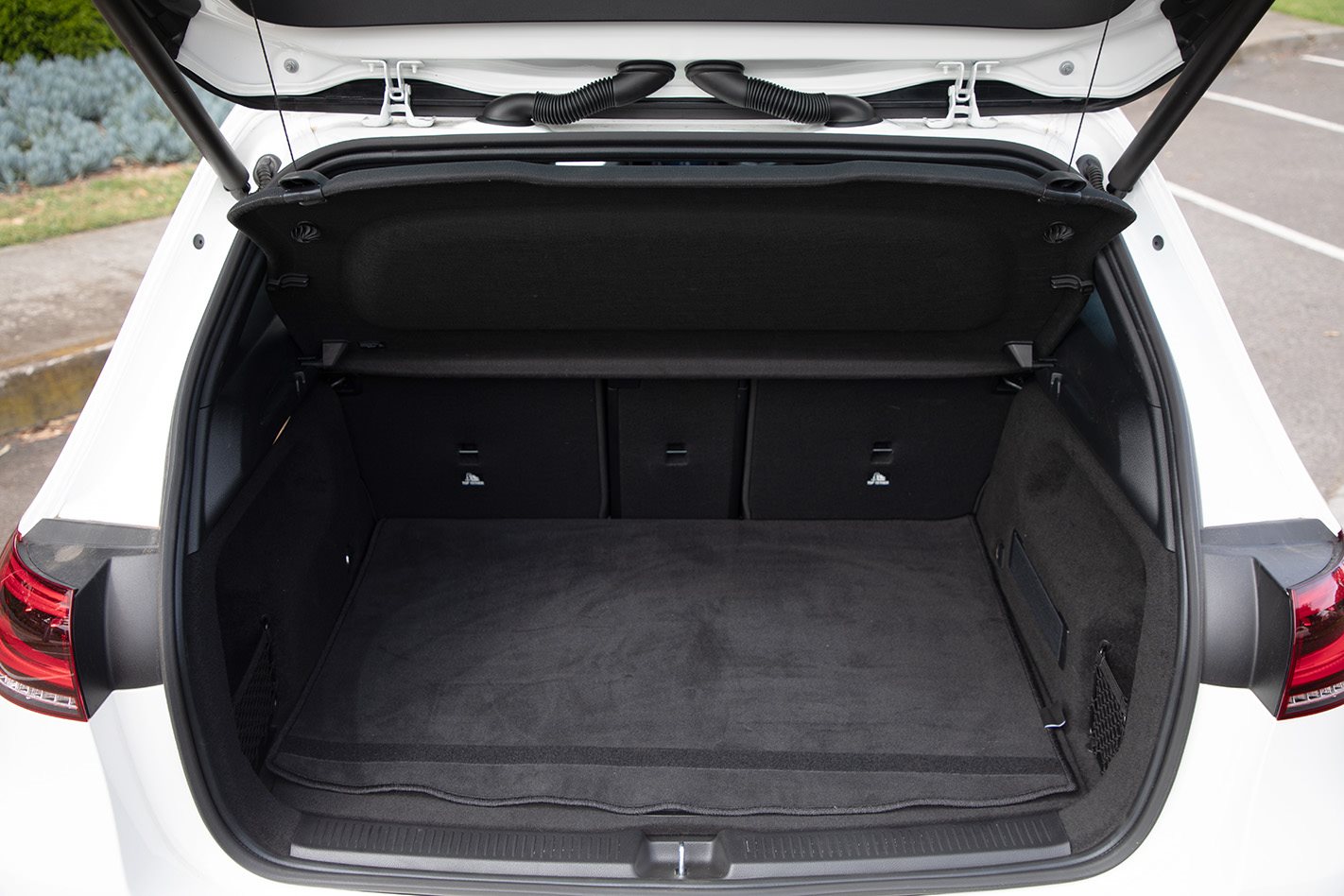 With a retail sticker of $46,400, the B180 slides in just under its only real rival: BMW’s 2 Series Active Tourer, which starts at $49,500. Does that automatically make it good value? It does if you’re looking for a hatchback that’s at the upper end of the hatchback size spectrum but don’t want to put an SUV in your driveway. 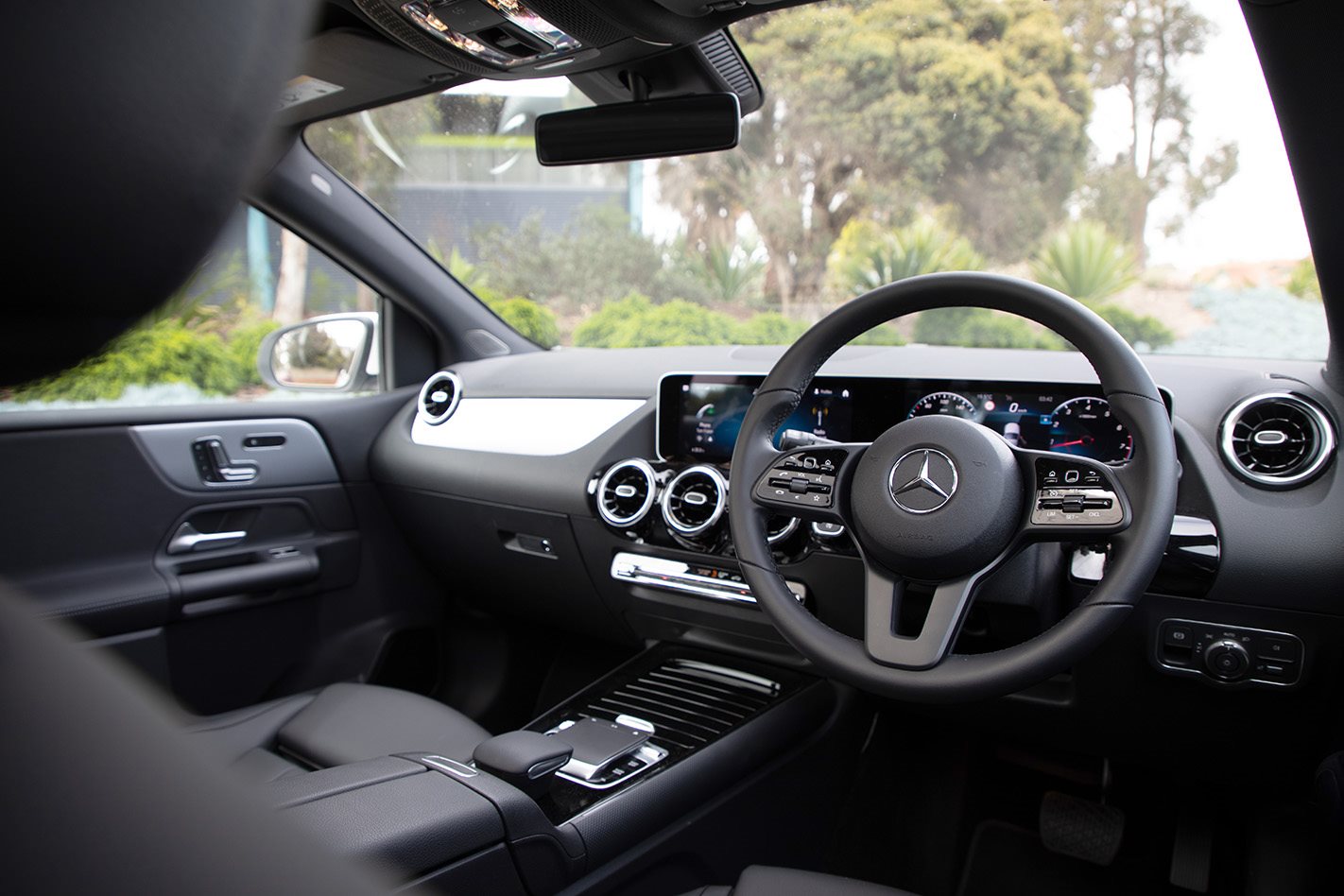 But if you don’t need the slightly higher seating position, headroom or boot capacity of the B180, then we’d suggest perhaps looking at the A-Class range instead. After all, with the A180 having an identical powertrain yet a $42K starting price, that leaves you more change to add an option package or two – or simply keep in your wallet. 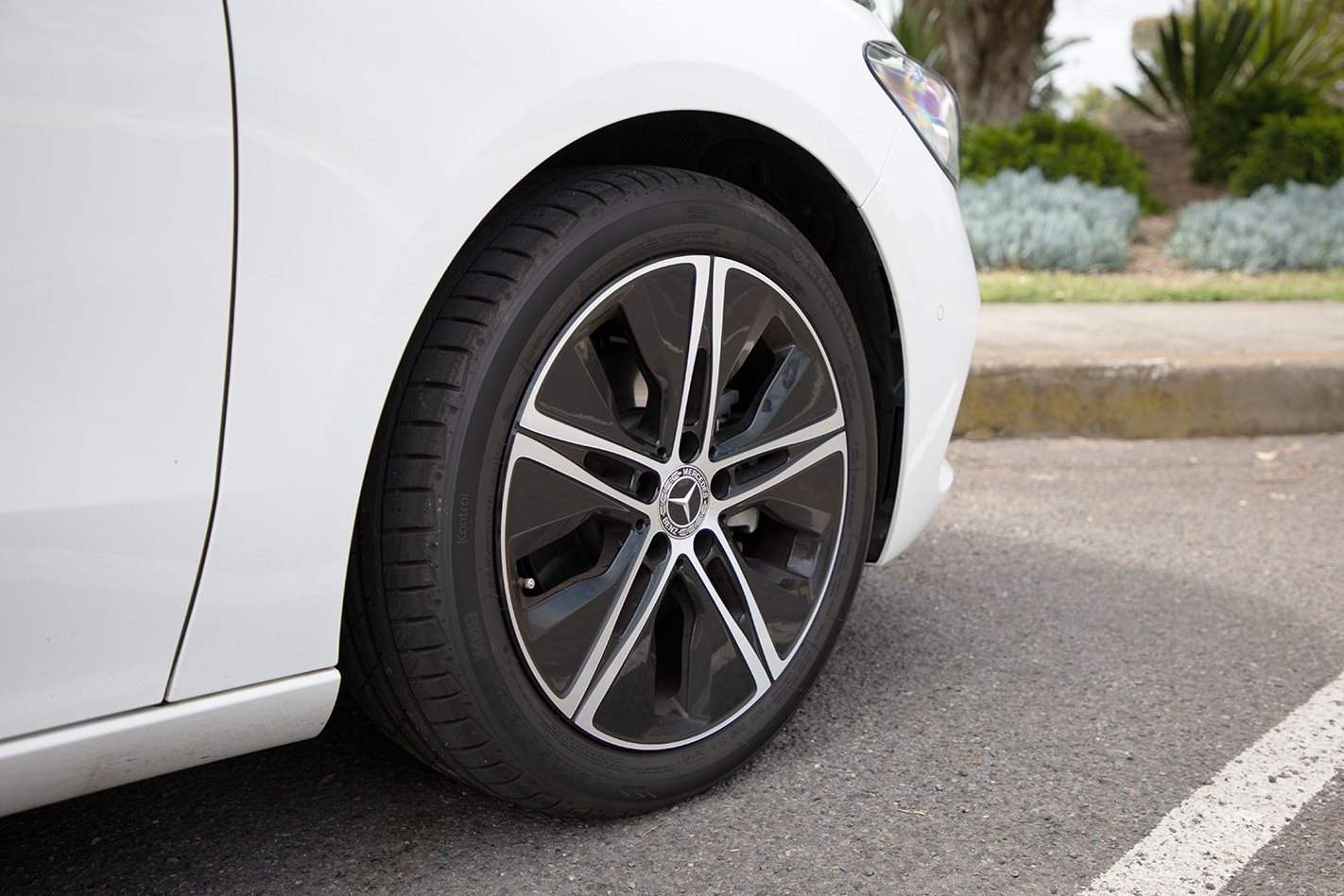 Cons: Not as fashionable as its A-Class sibling; transmission reluctance from standstill 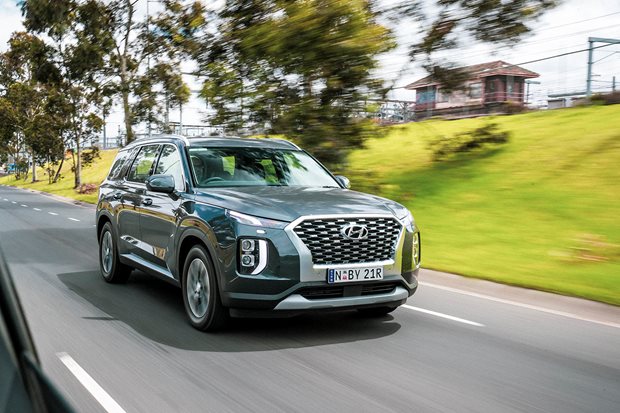