It’s not available in Australia yet, but if it behaves itself on the Italian roads, this hot French wagon could make its way down under soon.

It’s not every day that swapping from a Maserati to a Peugeot leads to an instant improvement in your quality of life, so this would suggest that my new 308 GT Touring must be one very special Pug indeed.

On the one hand, yes, it is – so special, in fact, that you can’t buy one in Australia… yet – but there are also extenuating circumstances.

My “Garage” is currently a fenced-off mini-piazza outside my flat in Bologna, and I’m driving this particular GT model partly because the local arm of Peugeot asked me to give them my opinion on whether it would be a good option for the Australian market, and partly because, as it turns out, it is the perfect car for a family living in Italy.

A Maserati Levante, on the other hand, is definitely not. I’m not one to complain, much, but in our first week here we tried to drive this hulking leviathan around some narrow and ancient streets and into car parks built for Fiat 500s and Smarts. 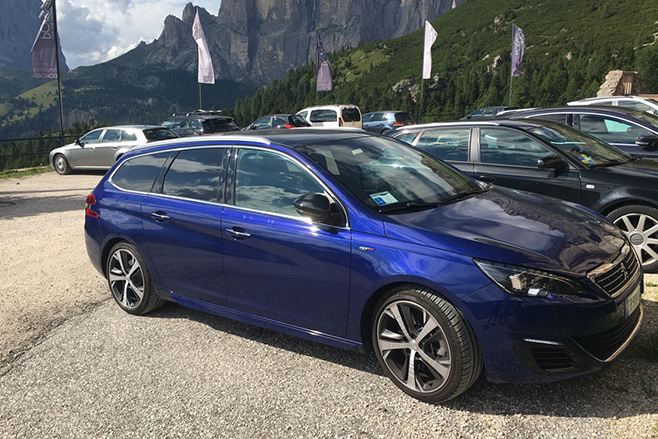 As a result, stepping into my Peugeot 308 GT Touring, which seems to offer just as much space (we’ve used it to move house once already), was both a relief and a joy.

It’s not too small, because I can’t actually feel the kids breathing down my neck from the back seat and they look quite comfortable, yet it’s not too big, because I can reach the multitudinous toll-booth machines without having to open my door. And I’m yet to find a Roman-road or a parking space that it won’t fit into.

As the sticker in the rear window reminds me several times a day, this 308 is a European Car of the Year, and thus it’s also quite fabulous to drive.

The GT’s 2.0-litre Blue Hdi 180 diesel engine has achieved the petrol-like levels of quiet and refinement previously only seen at the Audi A6/BMW 5/E Class level and as long as you turn the Eco start/stop function off it’s hard to tell that it’s an oil burner in most situations. 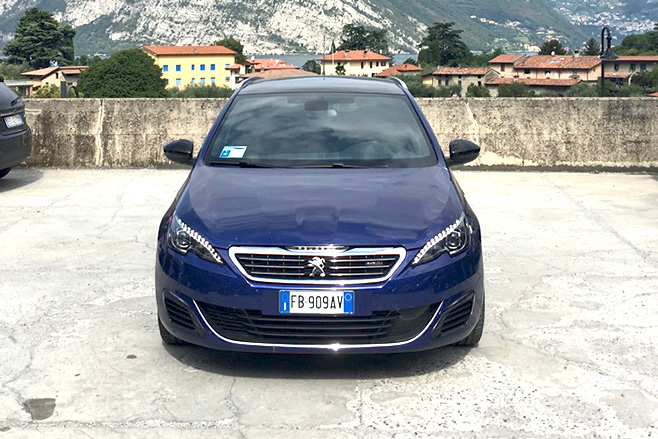 Out on the Autostrada, where you do so much of your driving in Italy, its 133kW and 400Nm allow it to cruise effortlessly at the genuinely accepted 140km/h mark (oh, the joy, don’t even start me on that), and has the torque for overtaking beyond that point, only becoming slightly asthmatic as you wind past 150km/h.

The Legendary Peter Robinson, who moved to Italy for a year and stayed for 16, was bemoaning to me recently that you used to be able to sit on 160km/h here all day, but that might start to become a stretch for the Pug. It might also effect its fuel consumption which, so far, has been commendable (more than 800km off each 53-litre tank), and much appreciated when you’re paying $2.20 a litre.

Being a GT, my Touring comes with a Sport mode, which turns the tacho and speedo an exciting red and gives you boost and power gauges, but doesn’t do a lot more. Realistically, it’s about as sporty as the siestas no one tells you the Italians are so fond of – with a 0 to 100km/h time of 8.4 seconds – though it can climb the odd Alpine pass with commendable eagerness if you shift yourself using the nice little paddles. 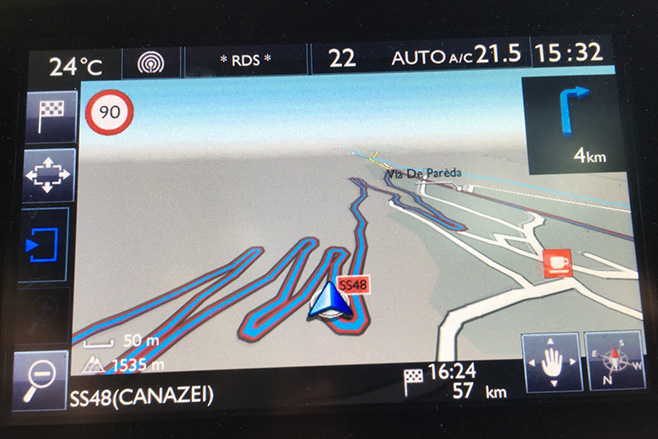 Perhaps most amazingly, I’ve even become used to the tiny steering wheel, which, if I adjust it to my normal position, blocks out the dash dials entirely. With acceptance has come familiarity and even happiness; I simply set it slightly lower and get on with it.

In summary, there is so much that I love about this Peugeot, from its Goldilocks size to the way it eats up long drives with a comfortable ride and low NVH, and even its beautiful blue paint on its pert body.

I’d have one over a Maserati, any day. And Peugeot should bring it to Australia, post haste (the latest word is they’re in discussions with France over pricing).

Being a French car, I expected some weird or wondrous issues, and I’ve not been disappointed. The giant moon roof cover occasionally detaches itself and attempts to decapitate the children, and the Satnav has a tendency to just give a Gallic shrug and surrender completely from time to time, which is a challenge in a foreign country. Let’s just say these things give it character.